I love decorator crabs. I think they are incredibly beautiful, but their camoflage makes it so difficult to ID. I last photographed one in Marengo 2 years ago. At that time, I was new to documenting marine life and didn’t know what features to capture.

I didn’t plan on making that mistake again. As you can see, though, it can still be a pain in the arse to identify decorator crabs. 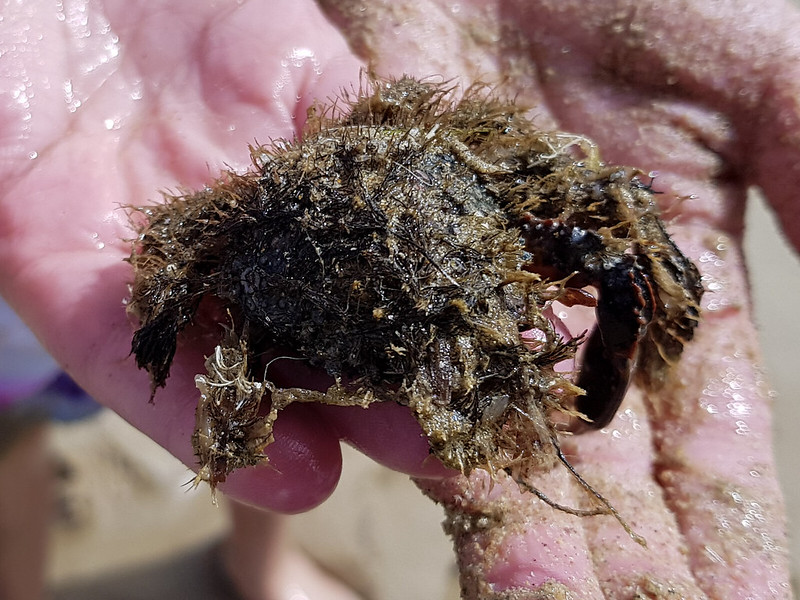 I found this deceased one in a part of the harbour I don’t normally go to. My nephew was swimming in the sandy section and I was walking around there. I discovered this washed up on the beach and instantly called my nephew over.

This one was a pain in the arse to ID. I did the right thing by focusing on the underside and getting the spine details; unfortunately, I didn’t read up on other identifiable features beforehand.

I didn’t focus enough on those really long spikey bits coming out of its head. I have these down as rostrum prongs but I may have gotten confused. In the future, I should wash away or somehow take off some bits of the sponges to get the exact detail I need. I’ve never thought of this before because I hadn’t needed to. Hence why I love marine biology, it’s such a fun and infuriating challenge. 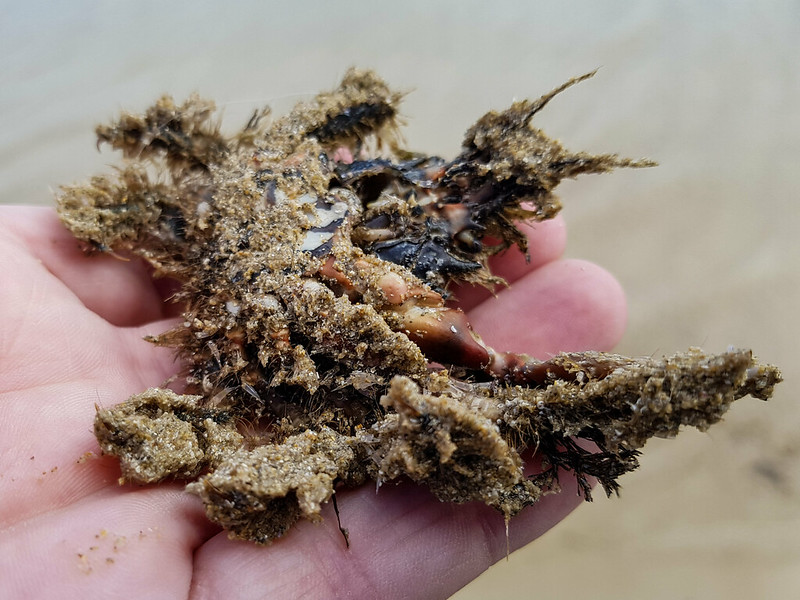 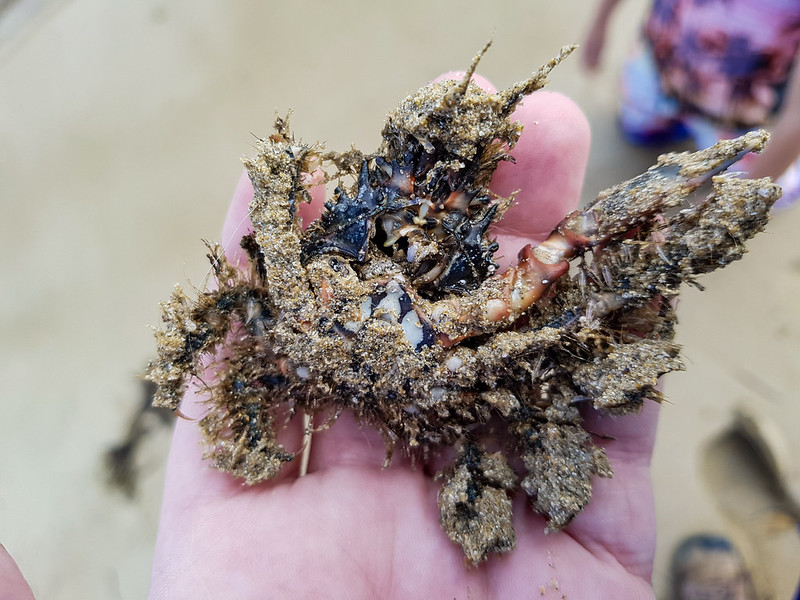 I didn’t want to ask the marine group of the field nats because they have already been incredibly gracious with my many questions. However, I’d been googling for three hours and had been going around in circles.

By the end of the night, I had an answer! Notomithrax Ursus, the hairy seaweed crab. To quote from one of the groups experts, It “is identified by the red serrated ridges on the claws.” Something that the is actually clearly visible in the below photo, and something the book didn’t explain.

DAMN! I’m glad to have an answer but animal identification is infuriating. It’s why I waited until the mid-trimester break to even attempt these. I do enjoy the learning process as everything will help for the next time. 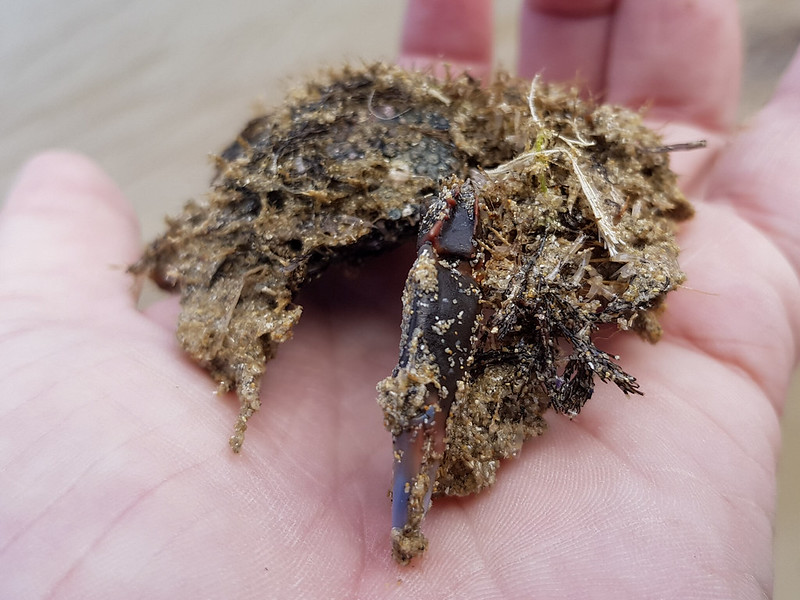 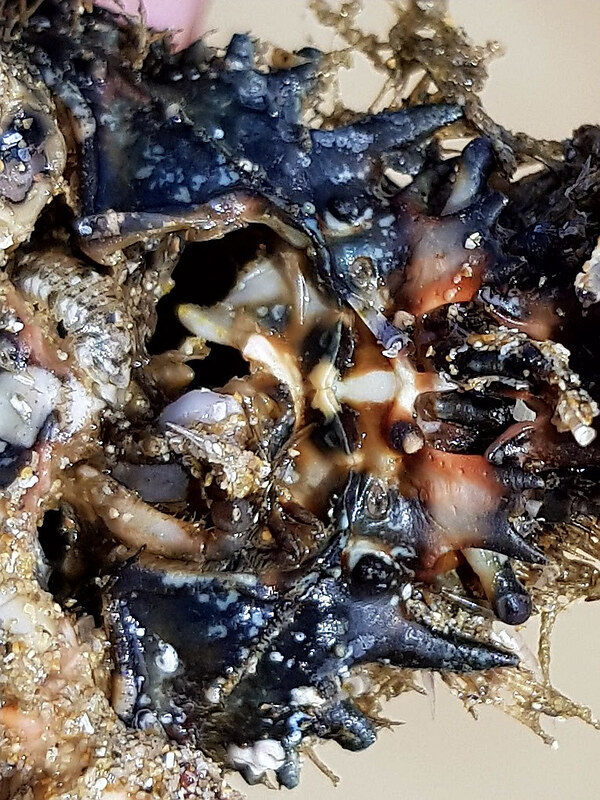 I found this while rockpooling and immediately told Seth. He took it out before I could say no. I took the opportunity to snap a couple of photos before putting him back. It can be hard to strike that balance but I try to do the right thing, especially during peak holiday periods.

I don’t have enough information to identify this but I also wasn’t trying to. 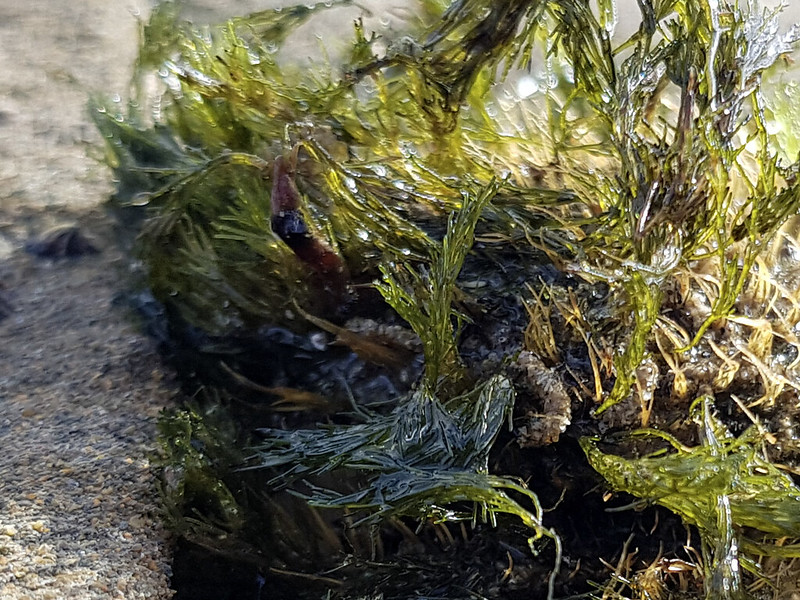 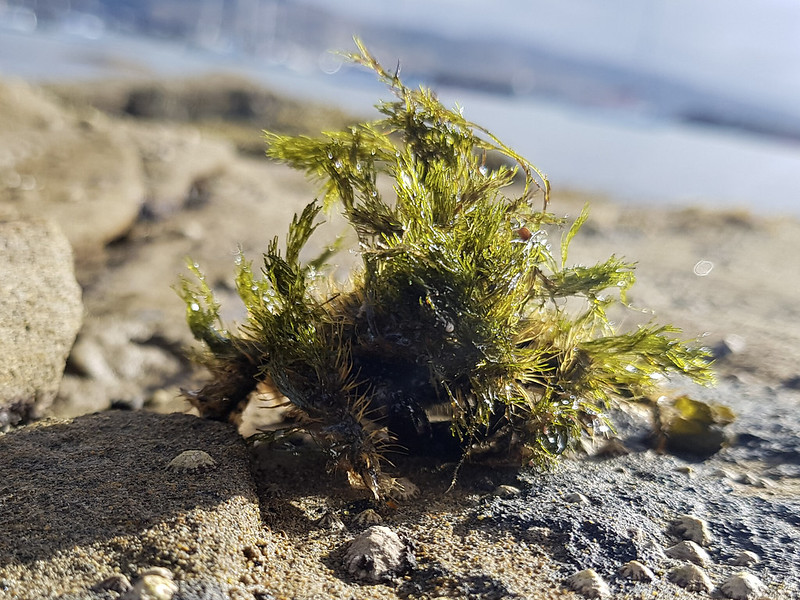 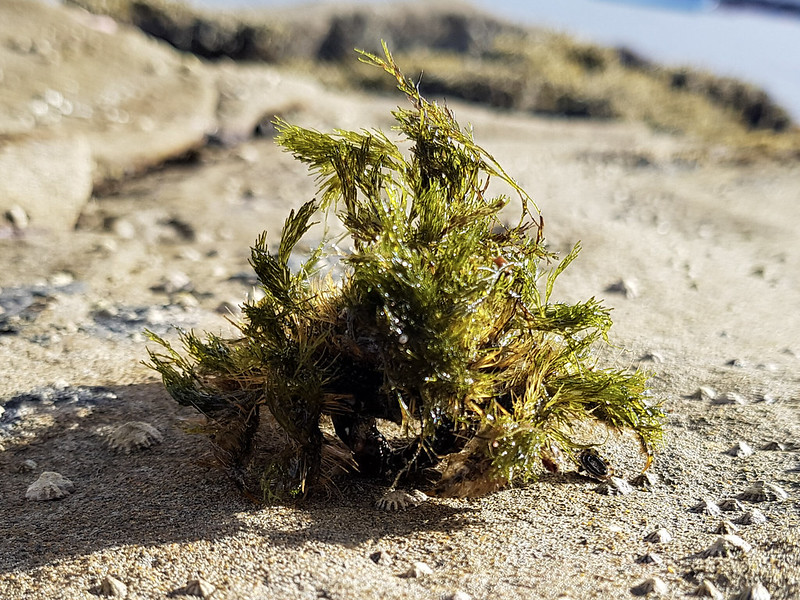 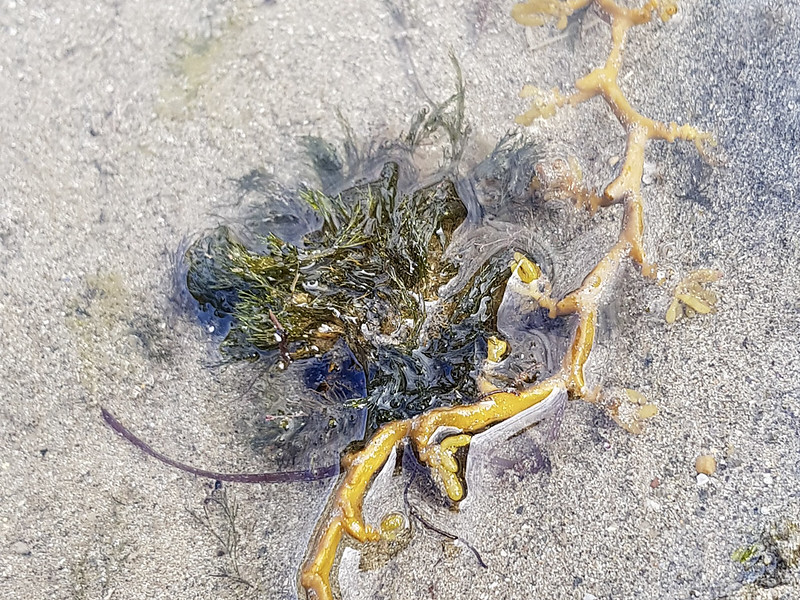 Mum and I were exploring the rockpools while Seth was fishing with my aunty. We quickly found THREE decorator crabs. 😀 Perfect GoPro conditions.

It was the third crab that ended up moving the most. It was incredibly ballsy. I’d tried to keep the GoPro a fair distance away (keeping in mind seaweed was in the way) so as not to disturb it.

Mum ended up nicknaming it Myers, saying that “It had more front than Myers.” You can see why in the video in the end of the post.

I’ve identified it as another bear seaweed crab based on the pale tipped red-orange claws. However, as I’ve established, decorator crabs are incredibly hard to ID! Looking forward to photographing them again, though. 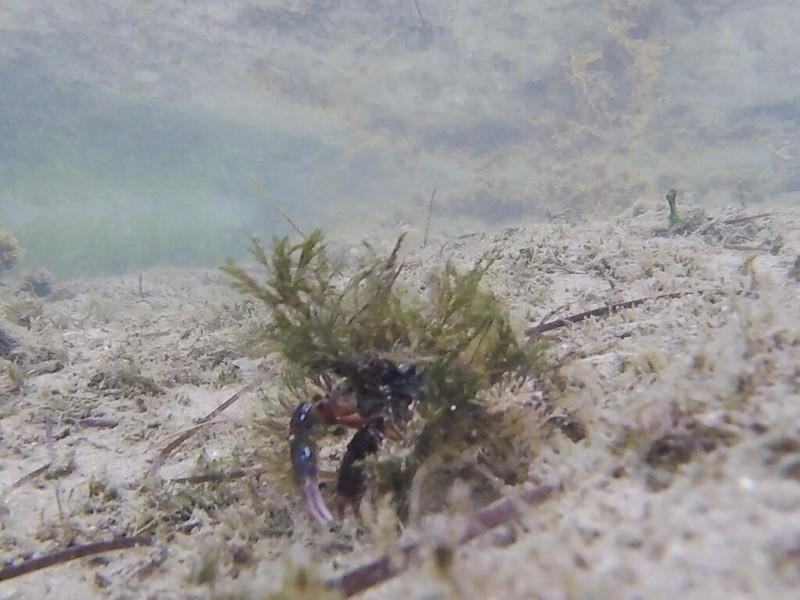 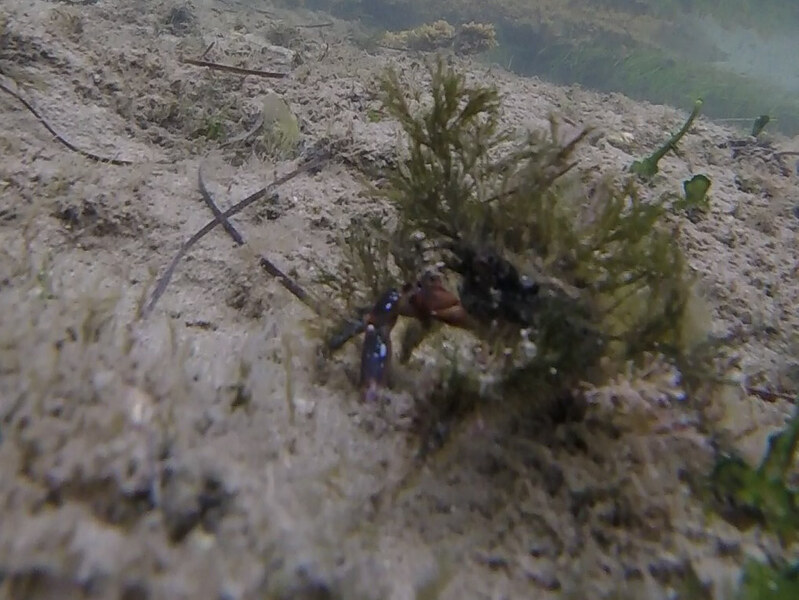 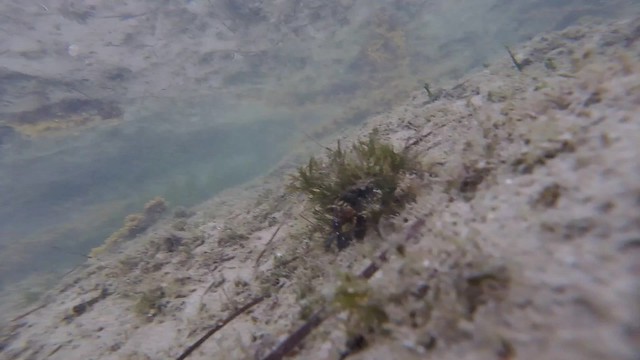