This weekend, I went the my parents bush block with my family. There was a car show on at Meredith, which is about half way there. The plan was that my parents and nephew would do their own thing and I would both join them for adventures, and bugger off birding.

I did have an ulterior motive for the day. Yes, I wanted more photos of birds doing poop. We get a lot of birds there that you don’t get in suburban Geelong and it was too good an opportunity to pass up. Bird poop photography can be very time consuming and it isn’t fair to ask friends to wait around for hours.

I’d learned, from Chris Humfrey, that kookaburras often poo after or during calling. I tried following calls a couple of times that day but was only able to get good views of one.

I saw this guy and instantly put my backpack on the ground and laid down. This guy was beautiful and the lighting was great. The property is known for jumping backs (ants that have a painful bite) and these skinks whose bites bring people to tears, but I didn’t care. The lighting was great and the lens was heavy.

I was able to get him (her?) yawning and fluffing up. I imagine the photos would have been better if I’d shot in raw but that’s irrelevant. I rarely get to see kookaburras out in the open like this. 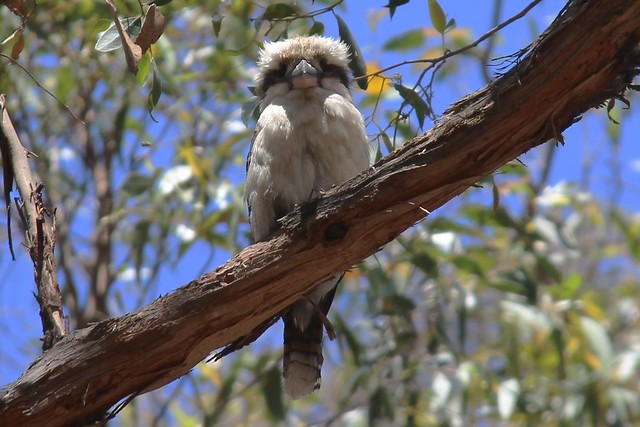 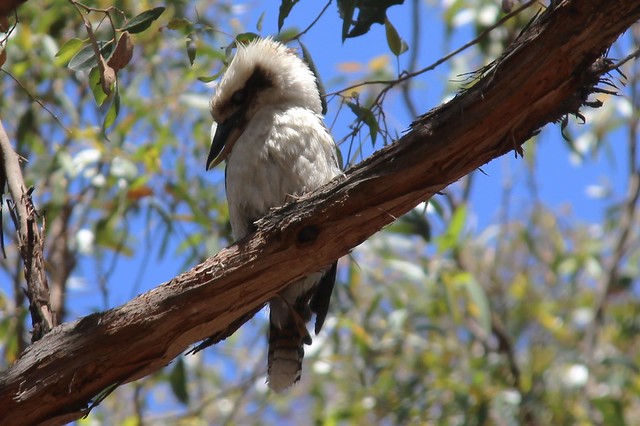 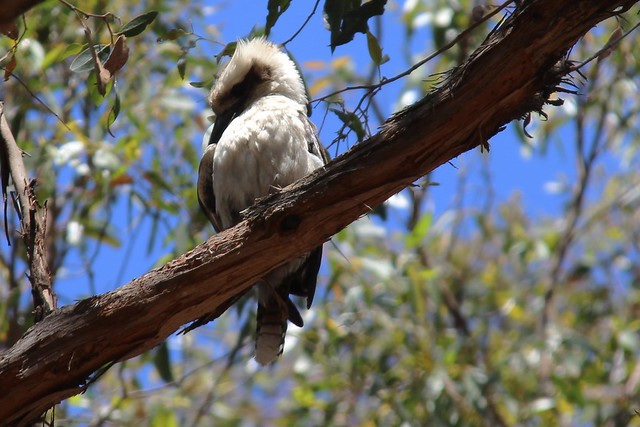 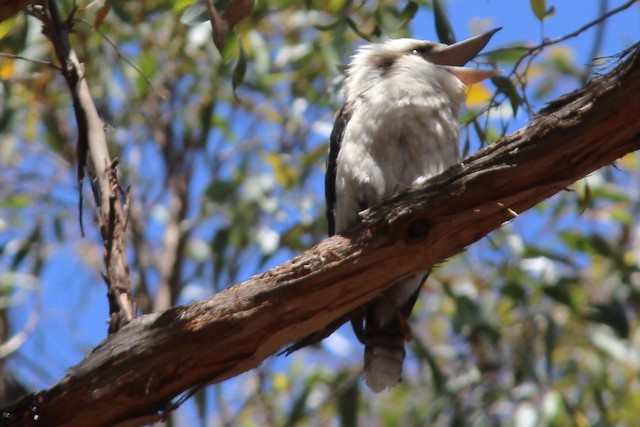 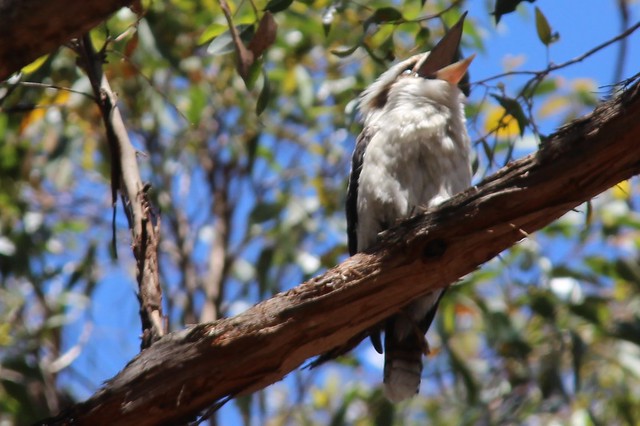 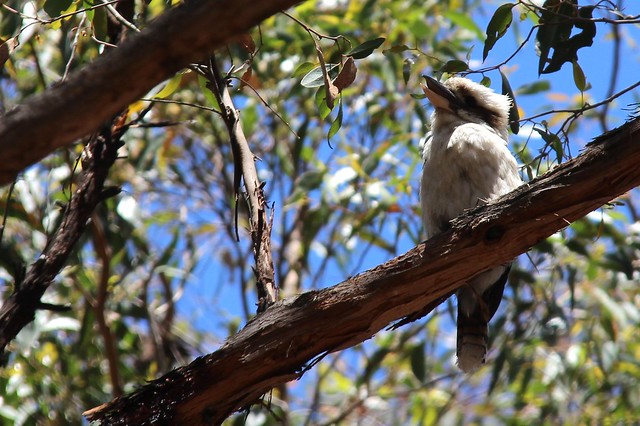 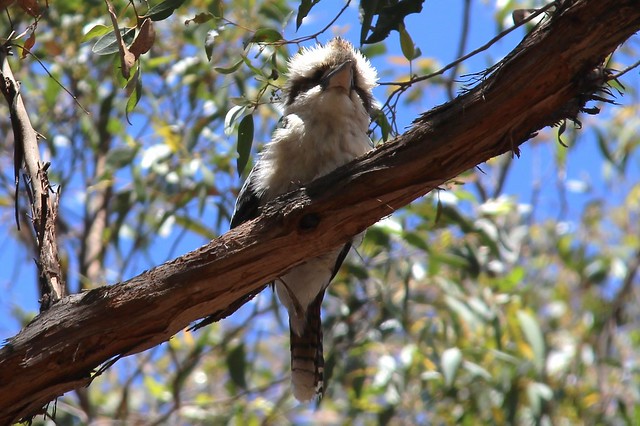 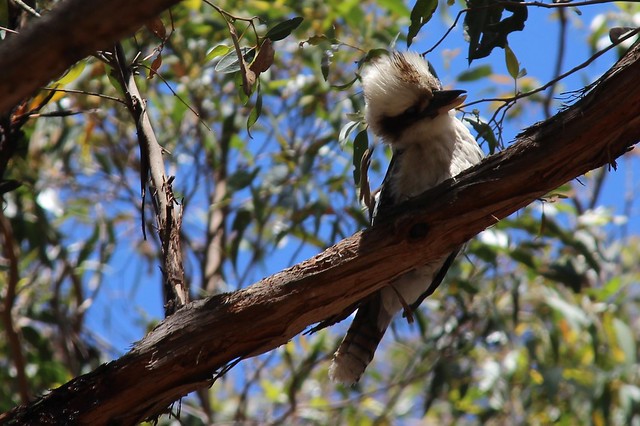 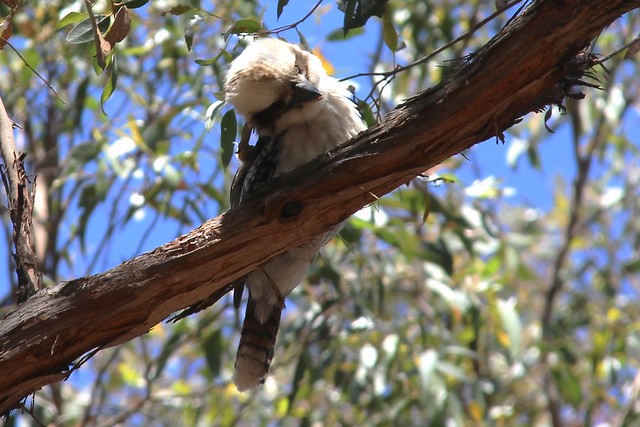 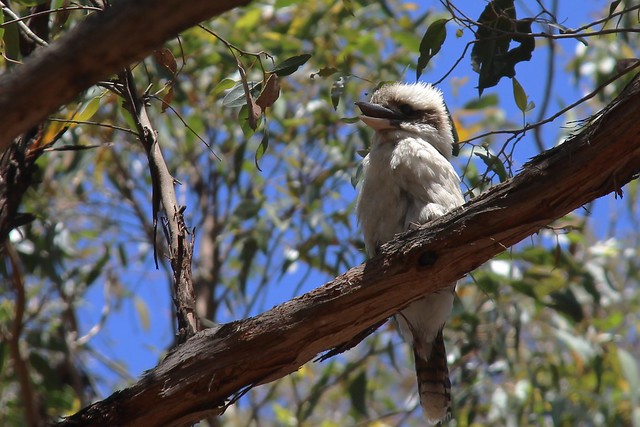