We were on the beach within the main harbour. My parents and nephew had visited Apollo Bay a couple of times in 2016 and had discovered that the rockpools here were actually pretty awesome. Normally we just went to Marengo so I never even thought to check out here.

Mum had sent me a lot of photos on a previous visit and I was really keen to visit. The photos included a lot of chitons and elephant snails, creatures I usually associated with Blanket Bay, so I was really excited.

Alas, it wasn’t meant to be. There was young crested terns sitting on the rocks, as well as a beautiful pacific gull, so I couldn’t help but be distracted 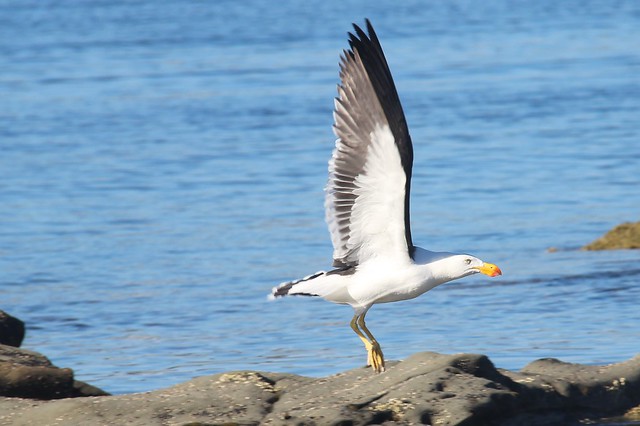 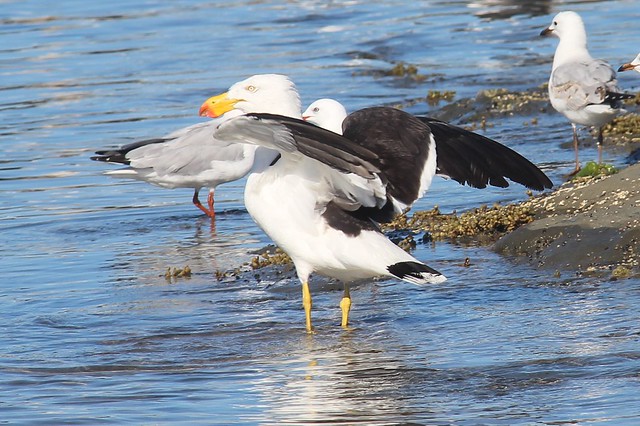 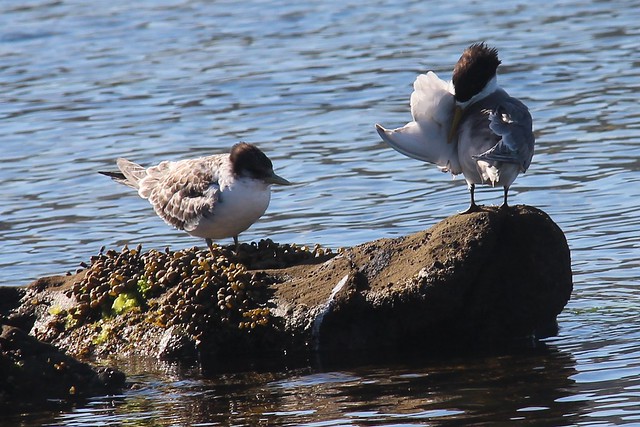 I watched this tern the whole time it was there. Yes, one of the reasons was that it was a good candidate for the bird poo photography project. Younger birds do tend to go quite frequently. I was unable to get a photo this time so it remains a bogey photo, of sorts.

It didn’t move from the group of rocks the whole time I was there, whereas there were 3 other birds that came and go. It begged quite a bit but none of the nearby birds made any effort to feed it. It was interesting. 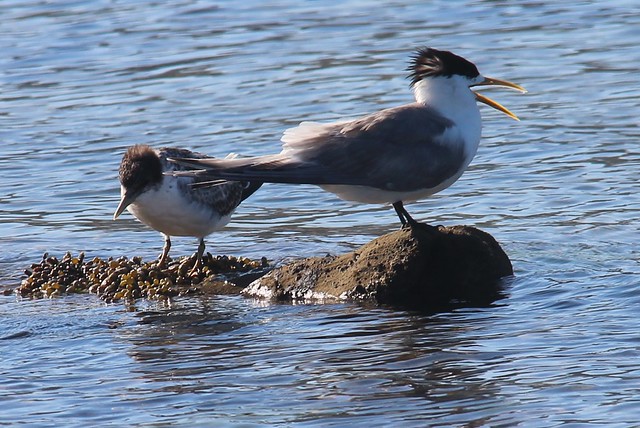 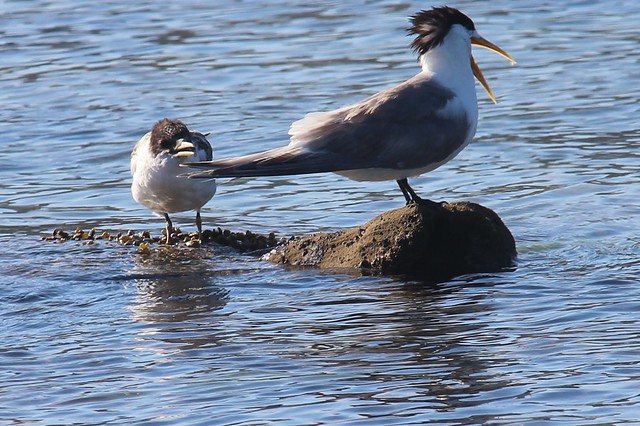 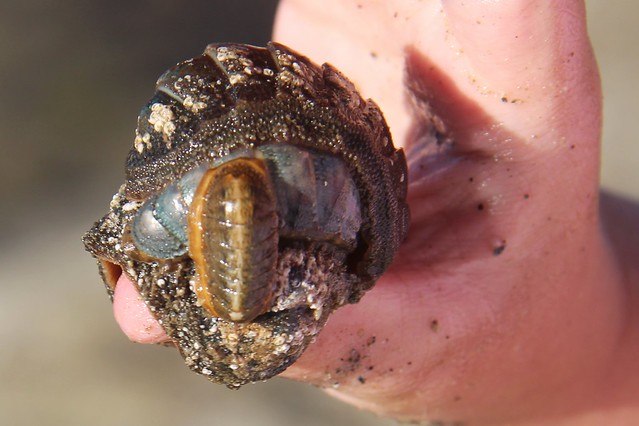 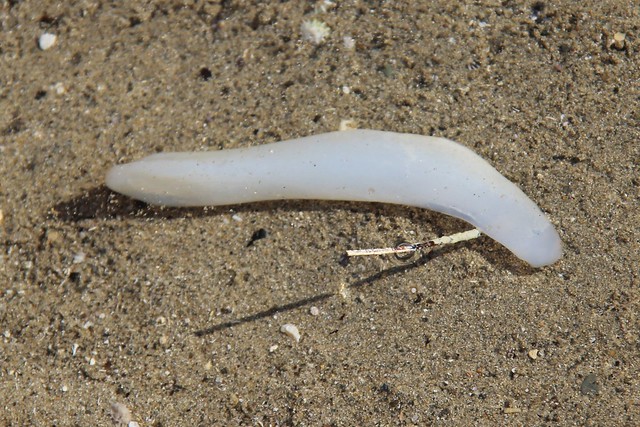 I couldn’t identify the above ‘creature’, so I ended up emailing the museum. They said that it was possibly a piece from the introduced ascidian ‘Ciona intestinalis’. That explains why I couldn’t find it in the book! Obviously it’s not a good thing, but one of the researchers at the museum was interested in the location of the sighting. It’s nice for one of my citizen science contributions to be useful 🙂 (Most are generic, common species) 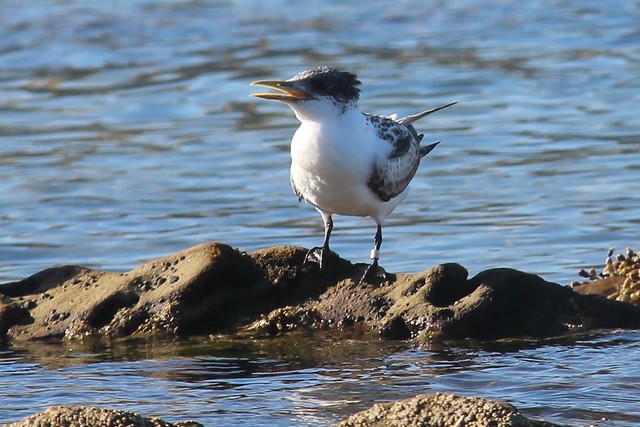 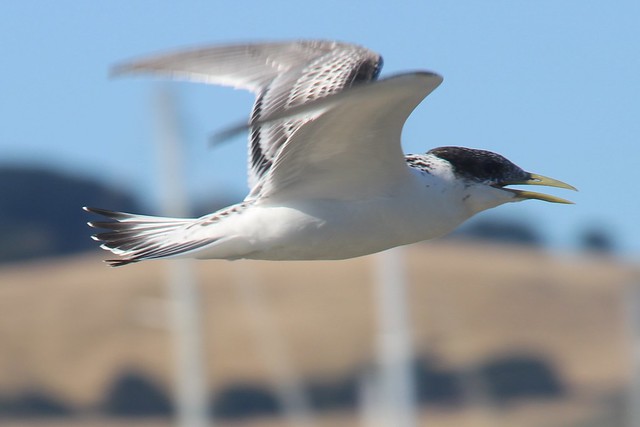 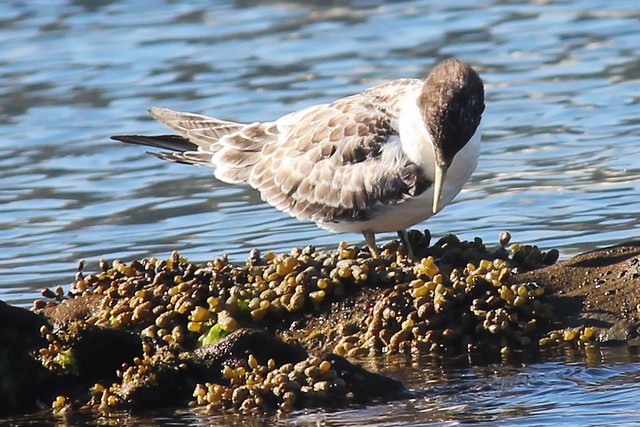 We also spent some time at rockpools about 3km away in the opposite direction, back towards Geelong, where we found mostly red waratah anenome. It’s so interesting how the rockpools change so much in areas that are such a short distance away. It’s definitely something I’m hoping to look into more, especially as I plan to hike more of the coastline.

Also hoping to get into snorkelling when my health improves. I’m going to try it in the spring, as my anxiety medication is kicking my arse and I don’t want to put too much pressure on myself. There is so much potential. I love it.