We were exploring the rockpools in the Apollo Bay Harbour. We had intended to go to Marengo but an electrical emergency in Geelong and a 36-degree day thwarted our plans. After 7pm the weather started to get below 30 so we headed out, desperate to explore.

Mum had noticed a lot of seastars were upside down and called me over to photograph them. She noticed their purple ‘feet’ were moving a lot and her phone wasn’t good enough to capture them. 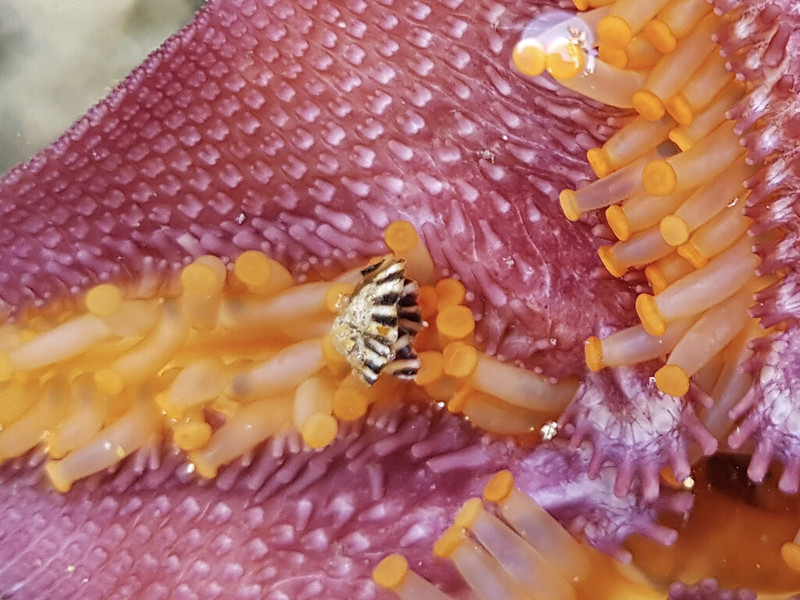 I noticed this limpet moving across the sea stars ‘feet’ and posted in a Facebook group, asking about the behaviour.

It turns out that it is uncommon for them to be upside down and is often caused by overenthusiastic rockpool explorers. Often, children will pick them up to look at them but not put them back properly. In these situations, it is recommended that I try to right them where possible.

In this case, the seastar (Meridiaster gunni) was grabbing onto whatever it could and trying to attach to a surface. It wasn’t a carnivore in this situation.

I now know what to do next time and will focus on photographing the ones that are moving. 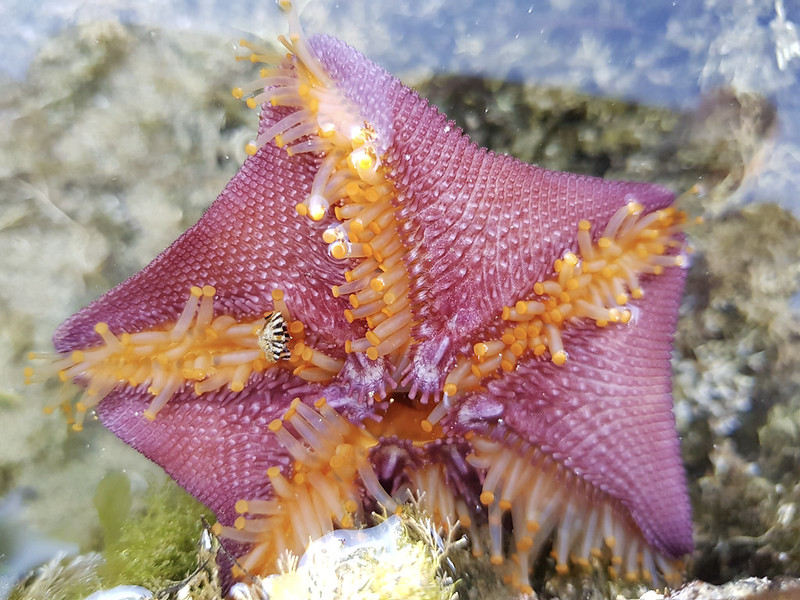 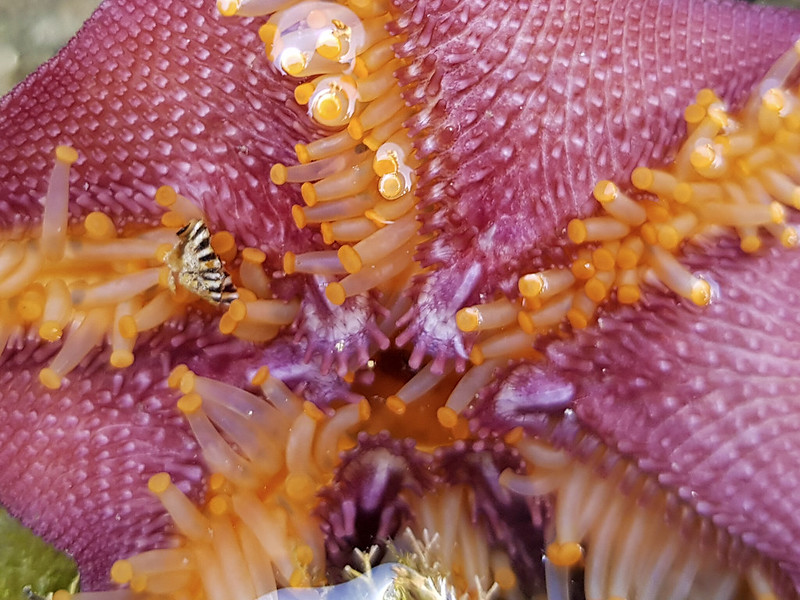 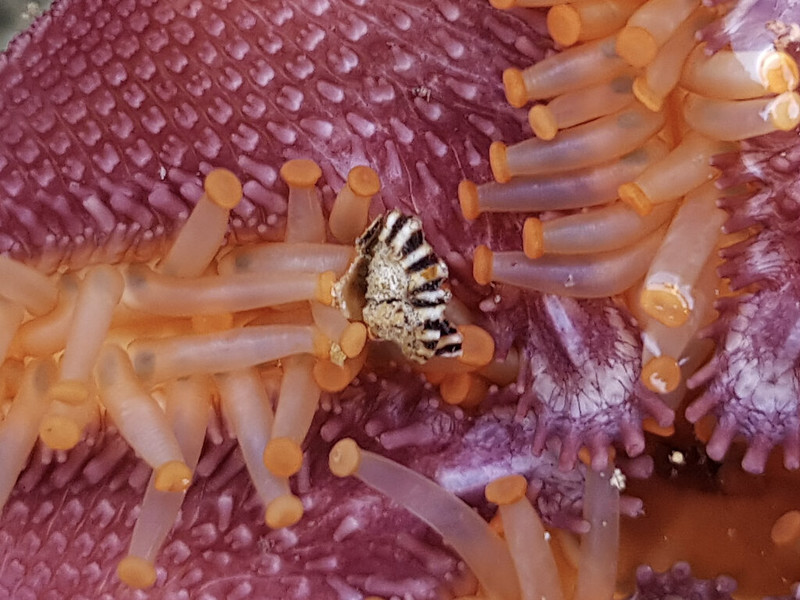 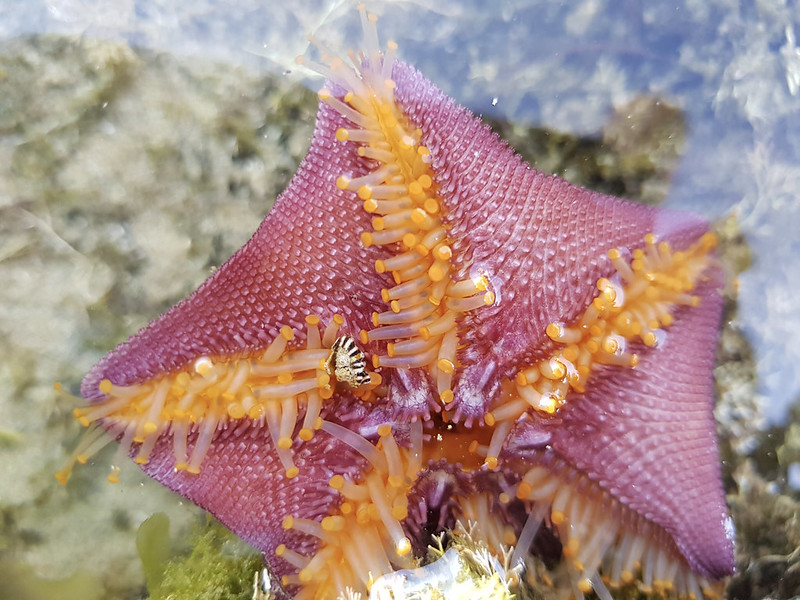 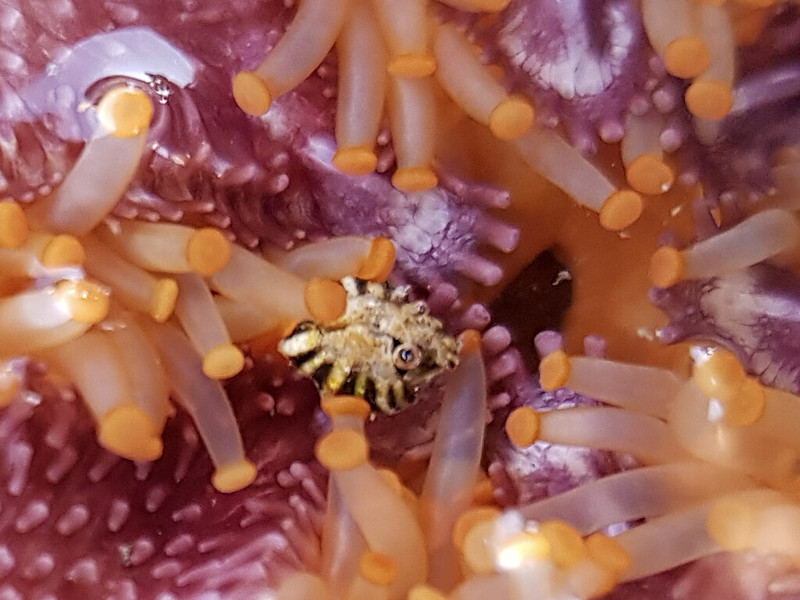 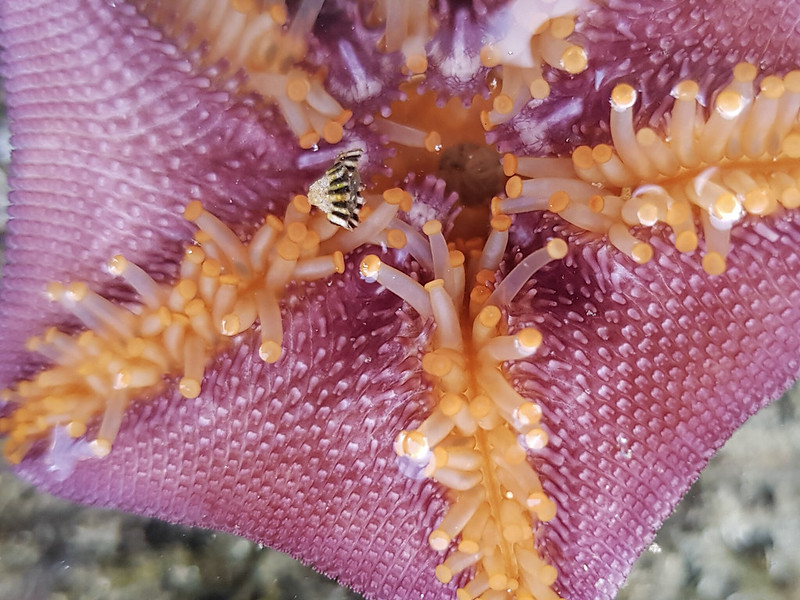 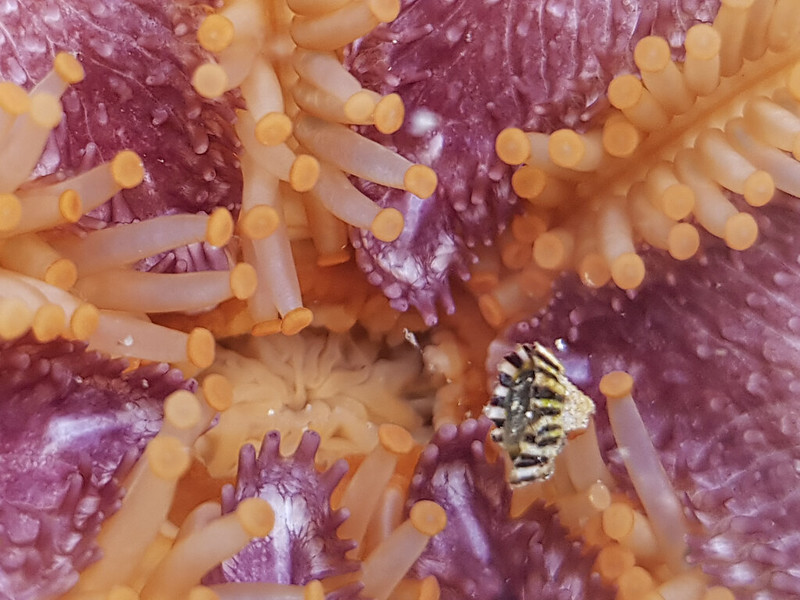 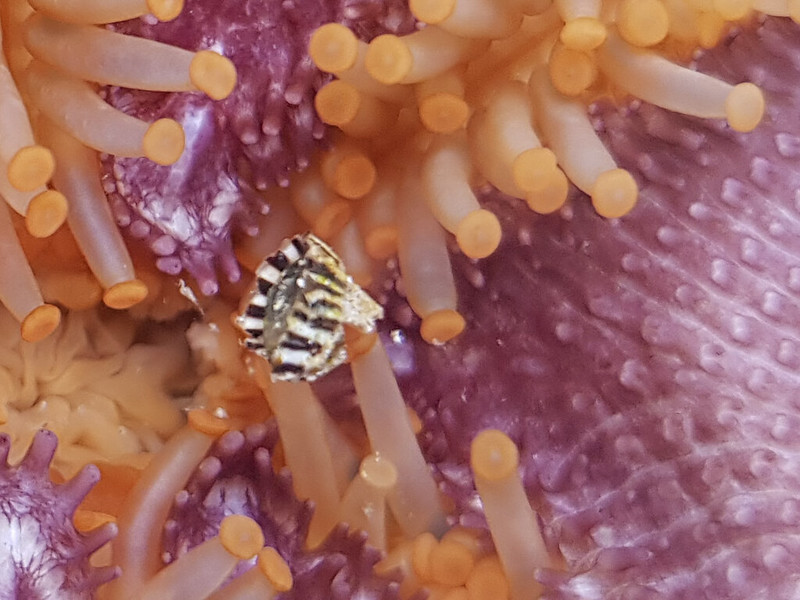