The past month has been crazily busy. I’ve barely had the chance to bird – let alone go on Seth and Aunty Jade adventures. It’s been brutal for everybody. Mum is busy caring for her very ill father, so Seth doesn’t get as much one on one time with his nan as he’d like.

They came up here this Thursday with the intention of having Seth and Nan bonding time. I appreciated this, as it gave me the chance to get some work done. On the Friday, though, we decided to go to Balyang. I hadn’t been there in months and was keen to see how it changed. And, Seth loves showing off his favourite spots to others. 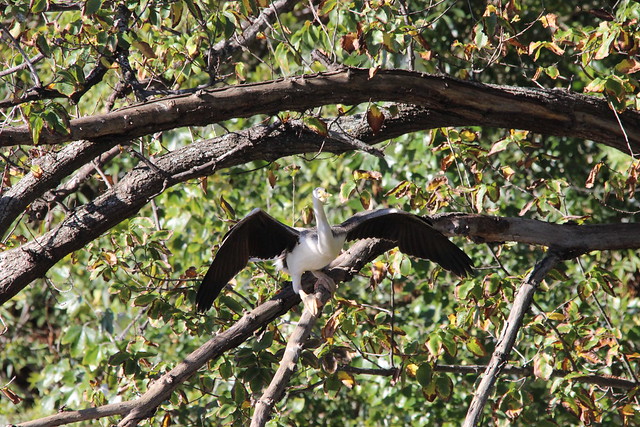 We saw several darters in their usual spot near the bridge. Two nests had babies in them – so cute! 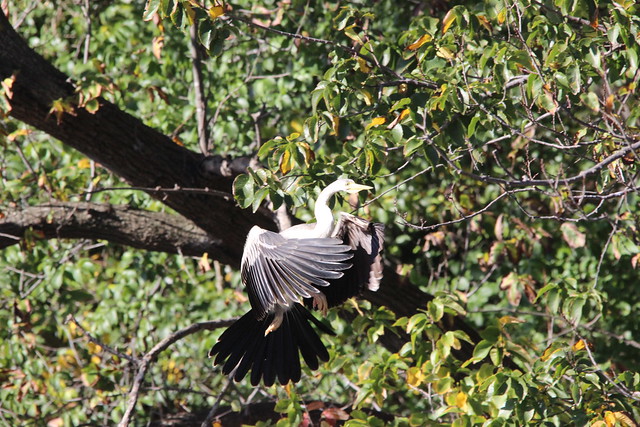 I was mostly there to test out the new telephoto lens that Glenn had bought. It’s brilliant for up close bird photography, but I’m still figuring out how to use it. I love the amount of detail we now get.

It was sunny, so we sat in the shaded area of one of our favourite spots. It was a bit disappointing. The water was very low and none of our favourite species were there. No spoonbills, herons or ibises. I looked out and saw something that didn’t look like it was a swamphen. I was very grateful for the lens when I snapped some photos of it, primarily for ID’ing purposes. 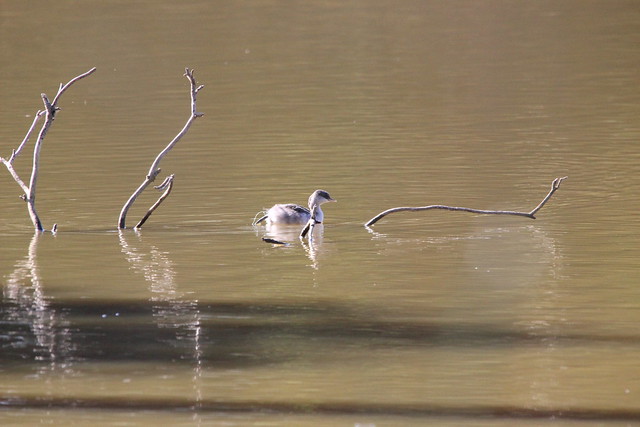 I asked on a Facebook group and it was ID’ed as a hoary headed grebe. Apparently the eye colour is a giveaway? It feels like I’ll never get the hang of this. 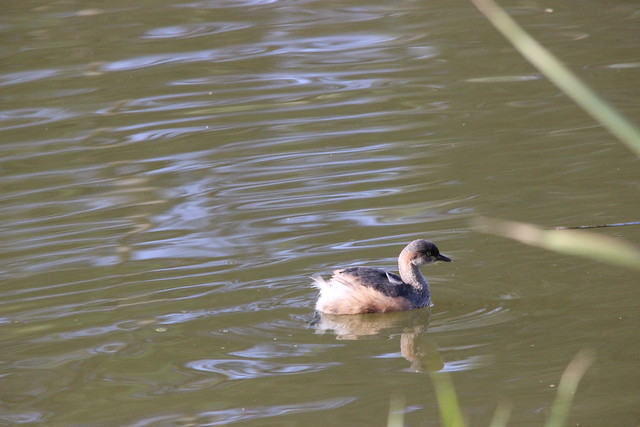 We walked a different way home. We went further along the barwon and up the ‘second set of stairs.’ I was keeping an eye out on the water, looking at the eurasian coots and swamp hens. Then I saw this!

“Seth. Look! I’m pretty sure that’s an Australasian Grebe!” He was excited too, as he’d never seen one before. I took the heavy lens, and the camera, out and snapped some photos. Then nearly died on the walk home as I have no tolerance when it comes to hills

This means that Sethy and I have seen all three Aussie species of grebes in the span of three days. On Wednesday, I had joined Seth and my parents for an appointment that we quickly found out was cancelled. We went to Eastern Beach for a short while so the mister could play in the playground.

I was fuming at how much time had been wasted that week. Mum, who was under a lot of stress, always brings up how she is under more pressure and has even less time then I do when I bring up how I don’t get the chance to do things for me as much. It’s even more important for me though as my anxiety symptoms worsen if I don’t do things that calm me down.

Seth was in the playground and I turned to look at the water. I saw the usual – a tern, a cormorant. We went for a walk and I noticed a darter that was really close.

It wasn’t a darter though. Look at the feathers around the head…. it’s a crested grebe! I had to check my bird book when I got home to be sure. Seth was pretty excited! Grebes have always eluded me so it has been fantastic to knock off two lifers in one week.

Back to Balyang. While I was excited to see a grebe, I was also a little bit forlorn because I didn’t see my good friend, the pink eared duck. Until Seth shouted at me ‘There’s the pink eared!’ 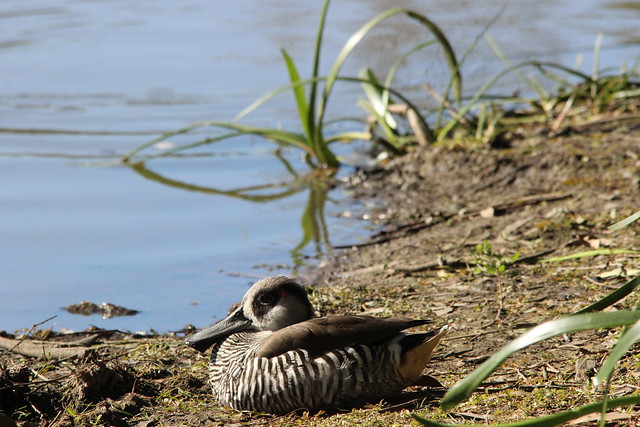 The little dude was sitting at the bank close to us. A rare photographic treat! I told Sethy that it is also occasionally referred to as a zebra duck which, apparently, he already knew. Watching Steve Backshall is turning him into a smart-arse. 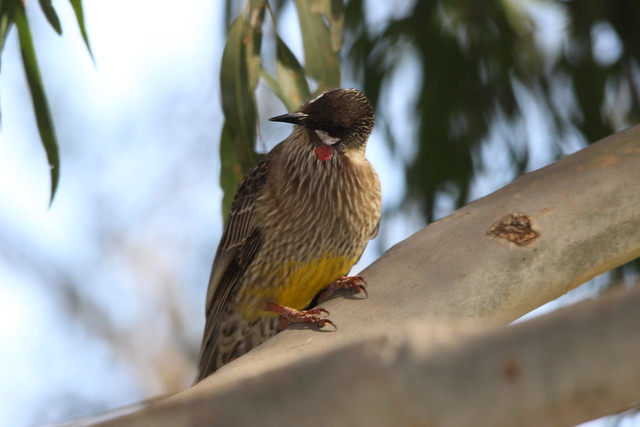 I only got a photo of this wattlebird because Seth pointed it out. I love how the photo turned out. Not bad for a cheap lens! I’m really excited to get to know it better.

I saw two lorikeets sitting next to each other and tried to replicate a photo I saw on instagram by Echidna Walkabout. Not easy with a lens that ways 2kg and a wrist that is cramping something chronic. 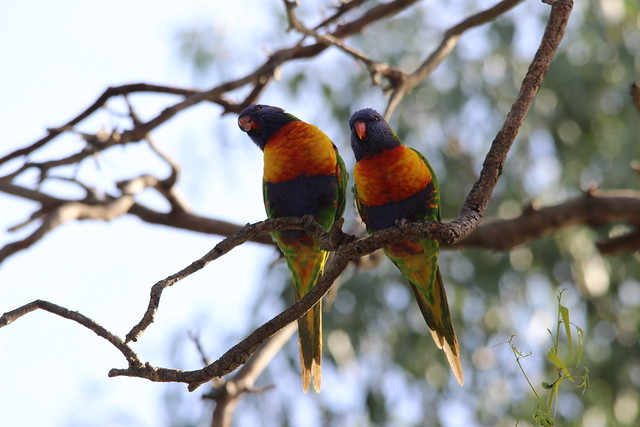 I’m impressed with the lighting and bokeh achieved in this photo, though I don’t know how I did it. I followed up with two awesome pics of them flying off although I cropped their wings because I was zoomed in too close. 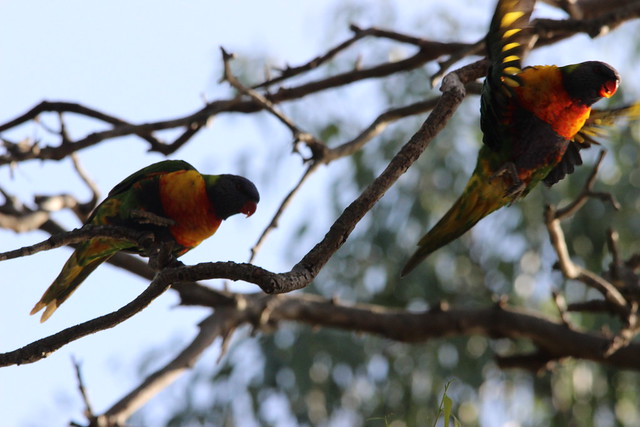 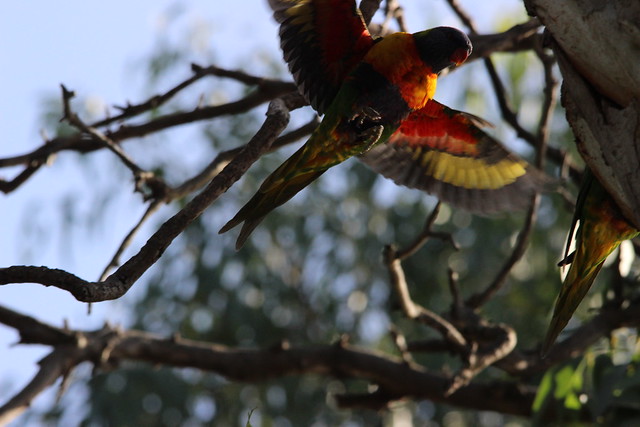 I would marry this lens. 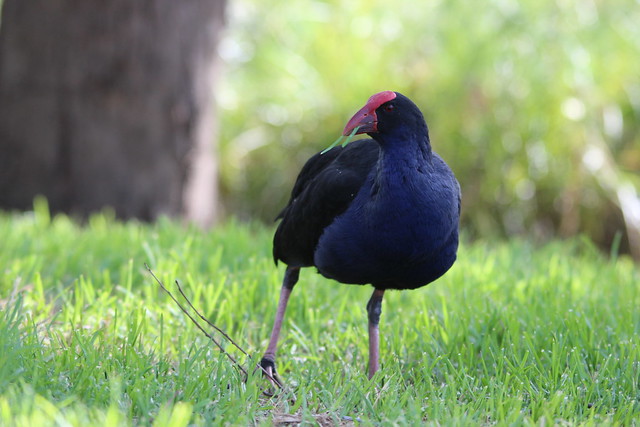 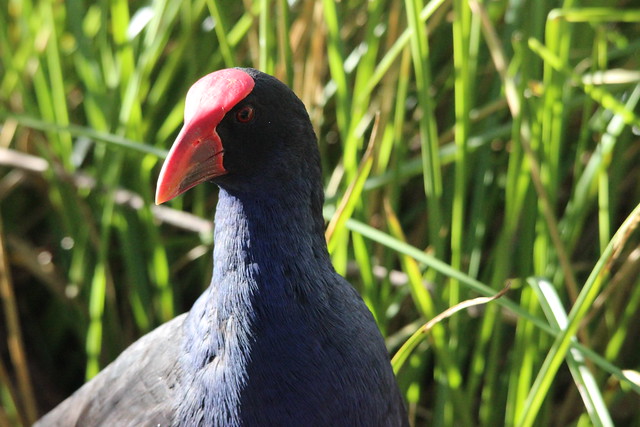 I probably should visit Balyang more before I move. Great for practicing photography! Hopefully will get down to Ocean Grove Nature Reserve tomorrow for some more adventures.