It was the first week of Autumn. I was watching the little dude. I hadn’t been to the botanical garden in MONTHS so suggested we go there to check out the bugs.

It was a good thing we did, as the bugs were so different to our previous visit! Plus, Seth is becoming REALLY good at finding bugs. He’s more aggressive then I am, but he definitely finds them.

I’ve been working hard to try and identify all the butterflies I’ve seen. I start by looking at the list of Geelong butterfly observations and check out the common local ones in my Museum Victoria guide to butterflies. It’s been a useful method so far and worked well with the below butterfly, a meadow argus.

I haven’t been able to find many interesting facts about them, although I am quite proud of the photos I took. I did read something interesting about resting postures over at Brisbane Insects. 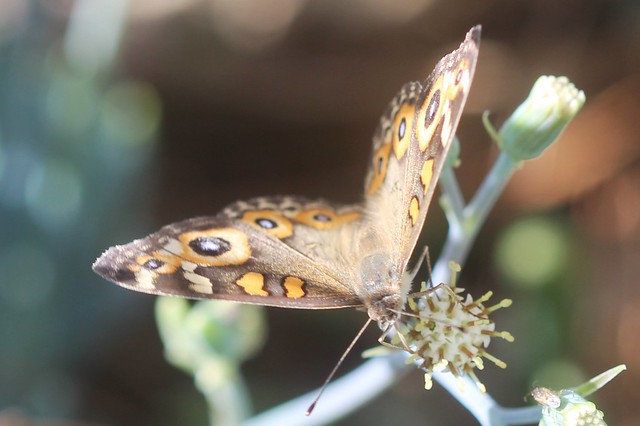 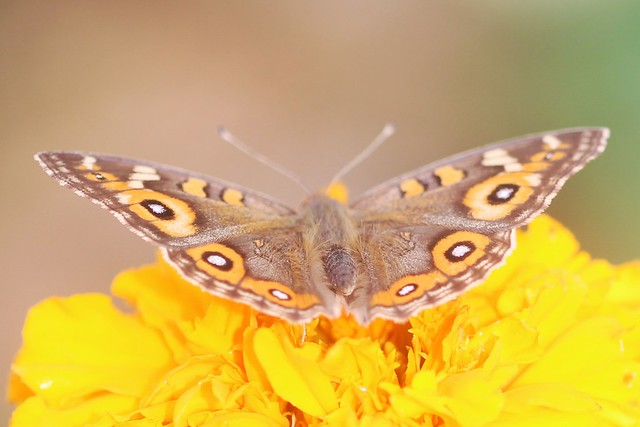 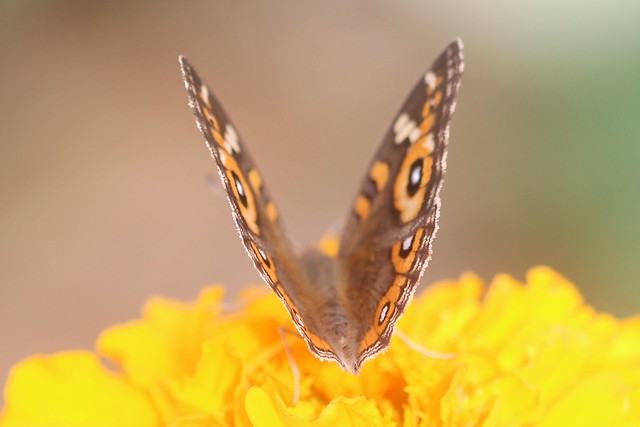 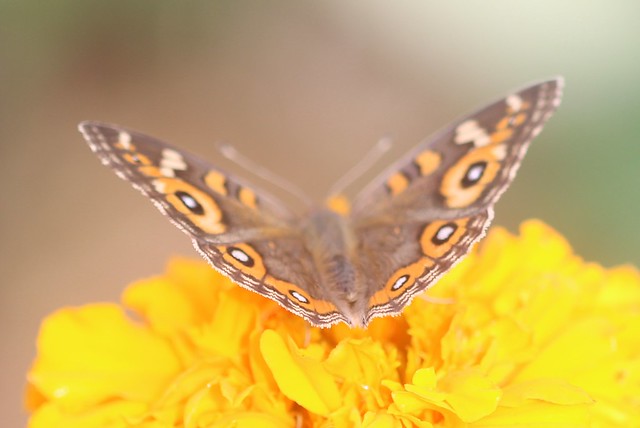 This isn’t a grub so much as it is a moth. At first I was excited that it was a new moth – and one that I saw during the daytime! Then I discovered that it is an agricultural pest. That spoils the fun, somewhat. It’s hard to find much information about it online. 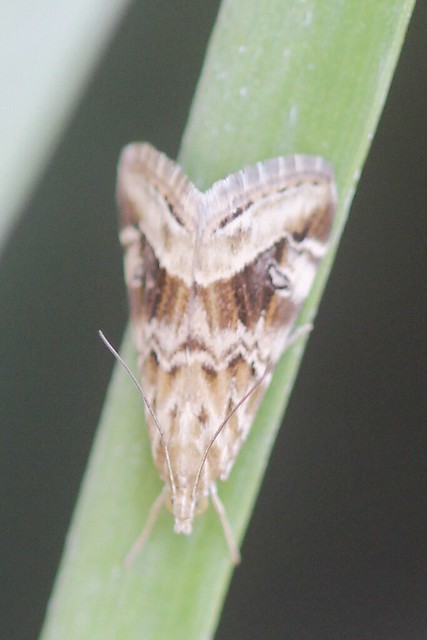 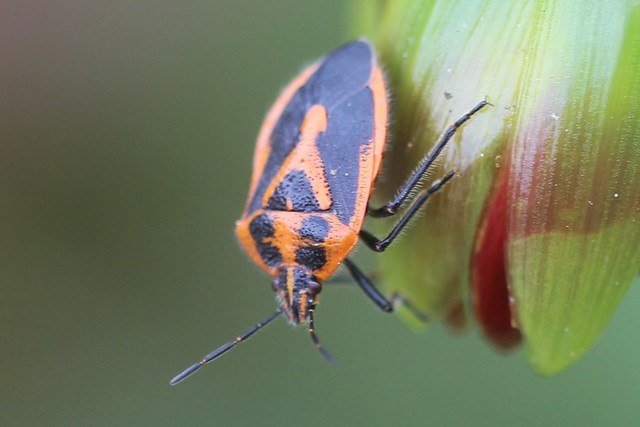 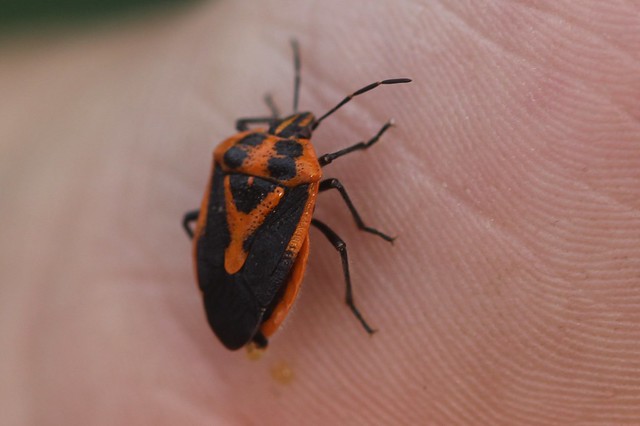 They are called Horehound bugs because they are usually found on the weed horehound Marrubium vulgare. Sometimes it swarms on foliage and blossoms of fruit trees and ornamental plants but normally causes little injury.

I notice the bottom one had some orange stuff coming out of its rear end. No idea why? 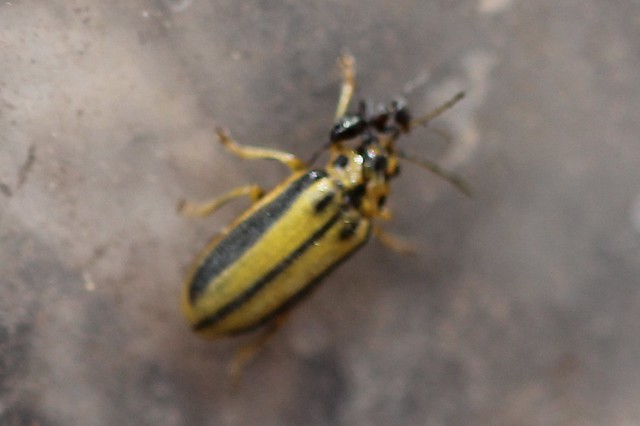 I finally sought an ID out for these little guys, and it turns out they are a pest.

Yellow and dark brown adult beetles are evident from mid-October and create a series of small holes in leaves during October and November.

Beetle larvae, also yellow and dark brown, then destroy all but the veins of leaves, creating a ‘skeleton’ effect.

The larvae descend the trunk during December and are visible on the ground below the tree. There may be up to three life cycles of the beetle in a single season, depending on the weather conditions.

via City of Whitehorse

This means Sethy and I may be able to collect some of them and not feel guilty about it. 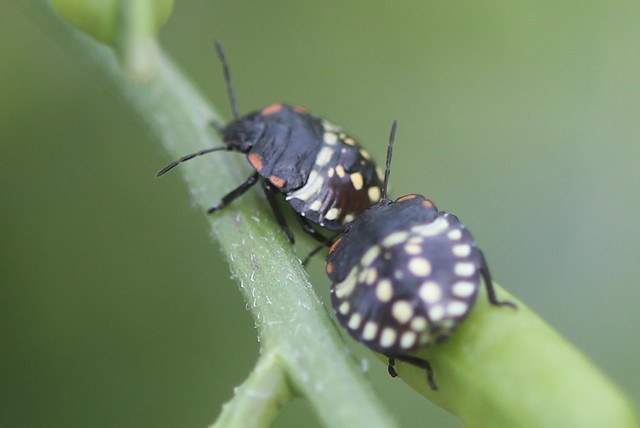 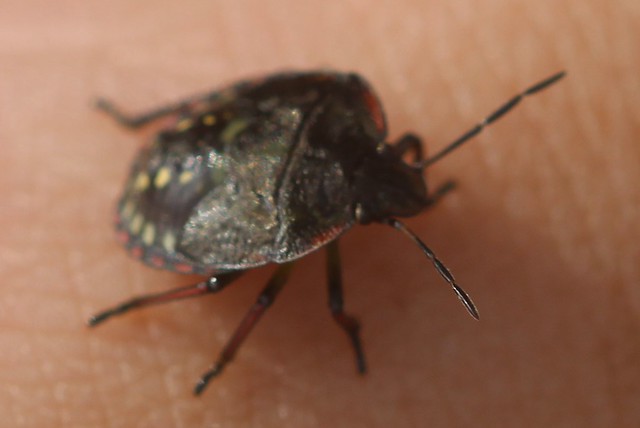 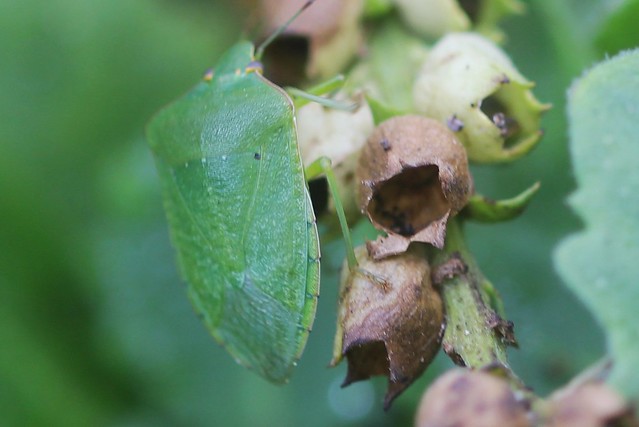 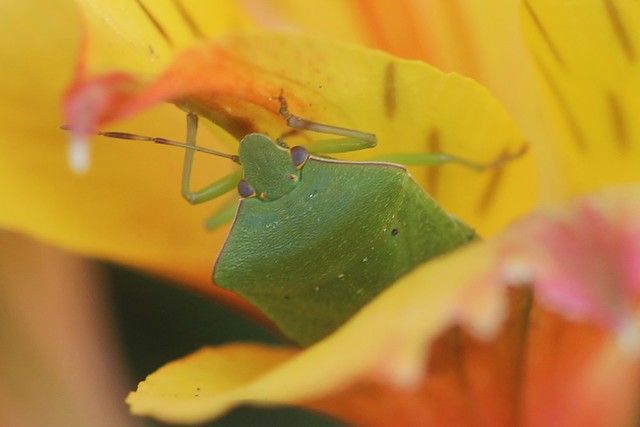 This was ID’ed as Nezara viridula – another pest bug. According to Yates:

It attacks beans, tomatoes, potatoes, sweet corn, vine crops, grapes, sunflowers and other ornamentals and is mostly active in hot weather. The green vegetable bug sucks the sap of stalks and leaves and the juices from fruit. Like the bronze-orange bug, if disturbed, the green vegetable bug will emit an unpleasant chemical which has a strong odour and can stain fingers and clothes.

Someone thought it was pretty awesome to learn that it had multiple stages – it’s one of the reasons I try to ID stuff. He really gets into it. 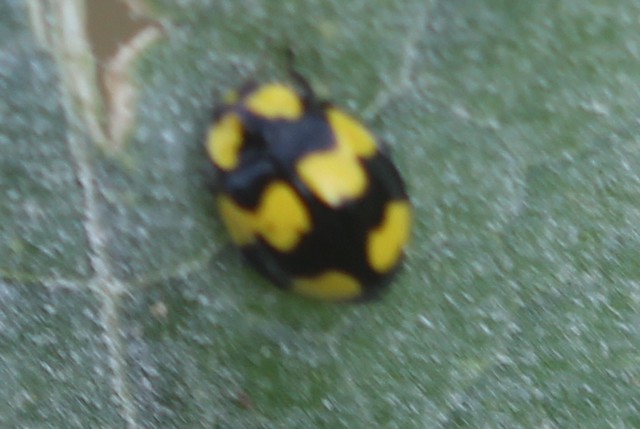 I was able to ID the above species by myself, a rarity these days. The larvae looks really cool 🙂 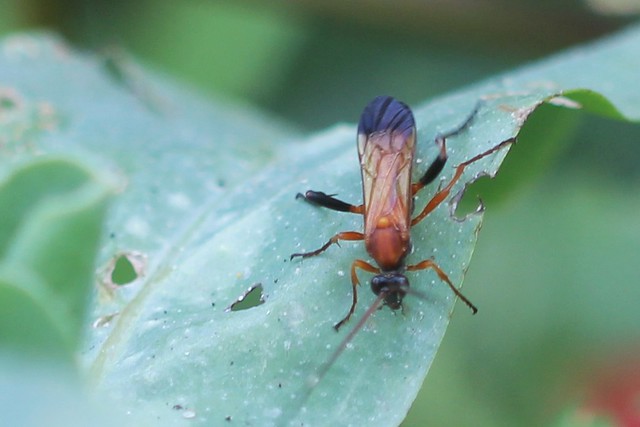 I think the above is a wasp. We were certainly keeping our distance! I’m starting to put some wasps up on Bowerbird to get ID’ed. In many cases I try to ID myself but it’s a case of information overload at the moment. I’m putting everything up there just in case a sighting is important, adding the notes to here and working backwards with the information I’ve gotten. 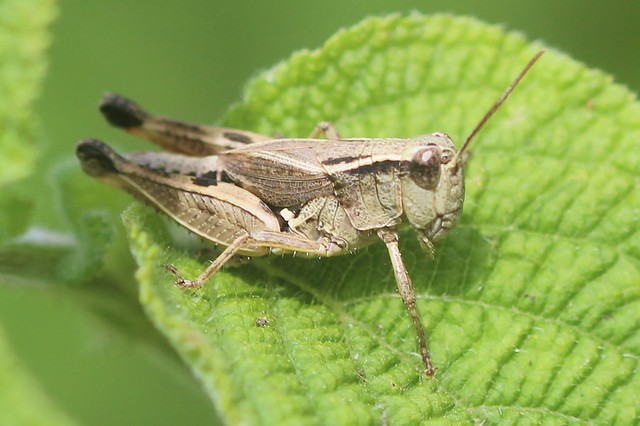 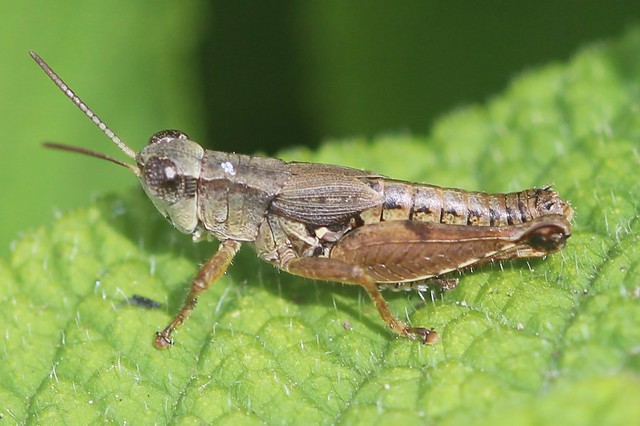 I did wonder if this was a common macrotona but I can’t see a swelling on the throat area. It doesn’t look like a wingless. ID queries so far haven’t led anywhere. Alas, I can’t devote as much time to research as I would like. I’m developing a cold and am massively behind on housework. 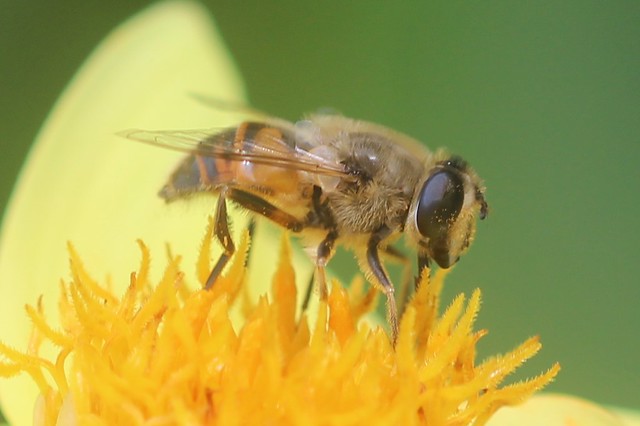 The above is probably an easy one but I’m not even starting on bees yet.

Whoa. A lot of information and I’m only just tapping into the information that is out there. I should probably go back to the foundations if I’m serious about this. Which I am. My various projects online don’t help. I love this 🙂