The warm weather has well and truly hit in Geelong. Naturally, that is an excuse to take an excitable 7 year old to the beach. The plan was to go with my mum as well, and head to the Geelong Botanical Gardens at 2pm to do a tour of the newly reopened fernery. We nixed those plans pretty quick when we saw how much fun Sethy was having.

Most of the Jade/Sethy adventures this year have been just us two. It was partially to give mum a break, but also because it has been a stressful year with various family health problems. Things are slowing down in that regard which meant that I didn’t have to be responsible for someone else for the whole trip. I love adventuring with Sethy but I can never fully lose myself in a photographic moment because I have to keep an eye on him.

This time, I could just say ‘toodles’ and run towards the promenade. Which, obviously, I did last Sunday when I saw five gannets circling overhead.

The photos are the same as many of the others I’ve published here. I did figure out why there were gannets there some days and not others. The tide was in! The water was closer to the shore, which meant there was more fish. It may have had something to do with the amount of activity in the bay as well. 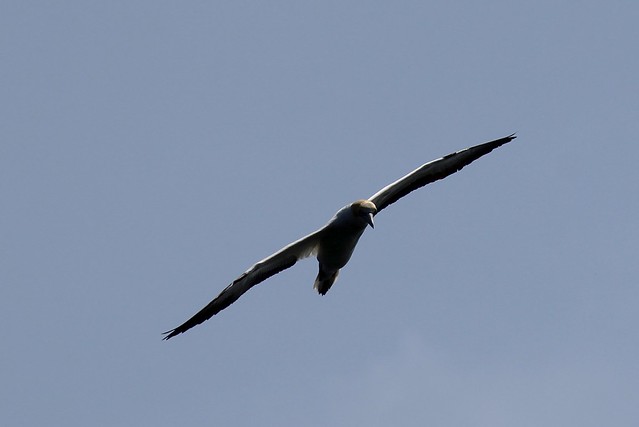 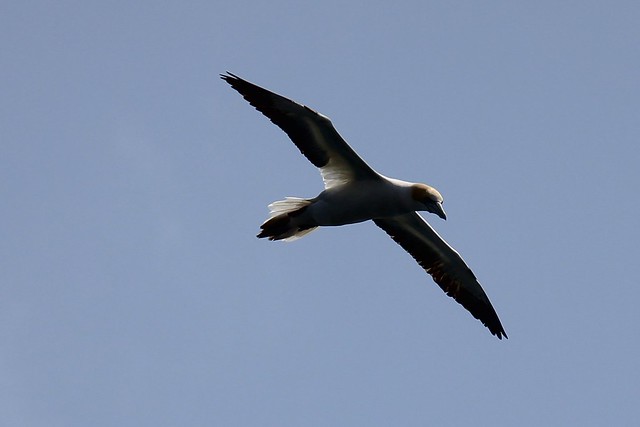 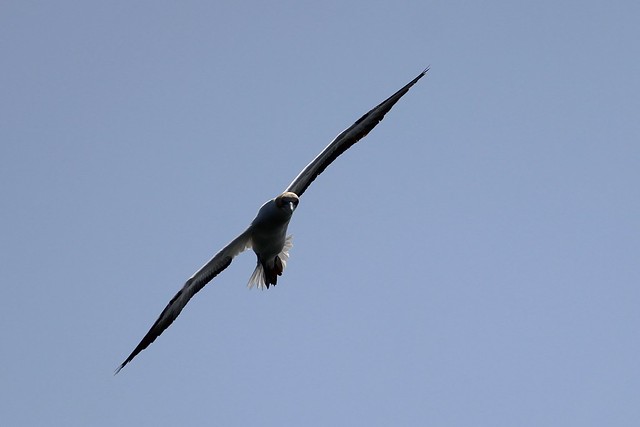 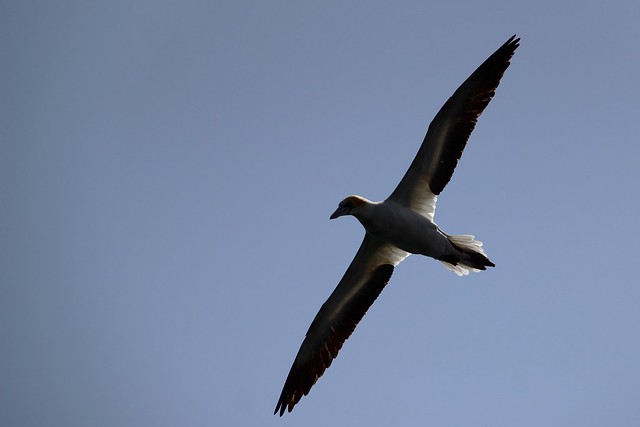 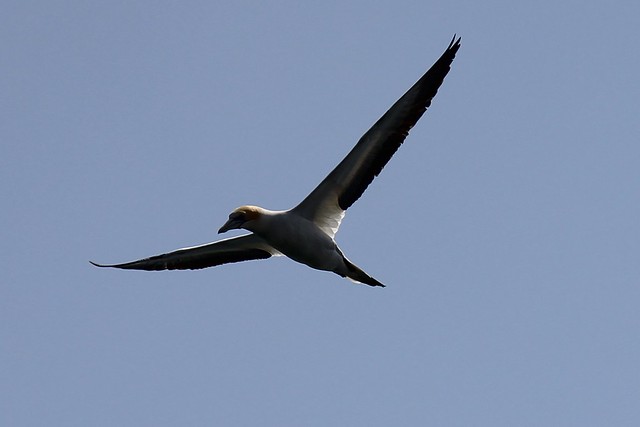 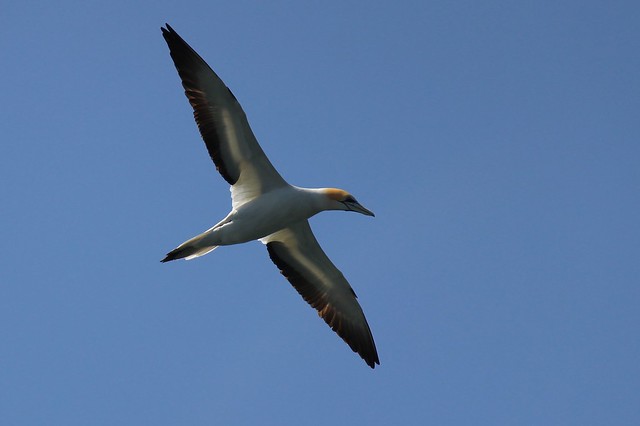 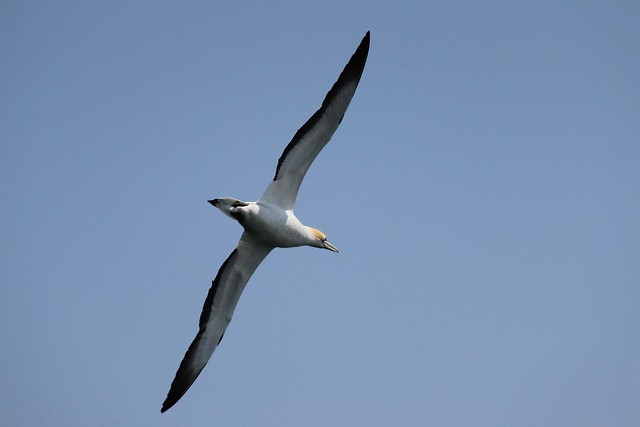 I’ve been obsessed with getting good photos of the birds diving and eating for a while now. It was one of the main motivations for getting this lens. The Sigma would never focus in time, which was proving to be a problem with bird photography.

I’d visited here with Glenn a couple of weeks earlier and he totally missed out on getting photos of the gannet eating a fish. It was so frustrating, as gannets can spend ages gliding before diving and Glenn didn’t have the patience to wait for another opportunity. I was desperate to see how it would a gannet eating a fish.

This is the result of that experiment. I spent about an hour just watching the gannets. It was difficult to get them diving as they covered a pretty large area. It felt like everytime I went back to sit with mum, they returned!

I managed to get some clear ones. The camera was awesome at focusing quickly, although it didn’t focus as clearly as I would like. I had it on sports mode which I think helped. I don’t think it is a limitation of the camera, rather our knowledge.

I can’t wait to test it out more. 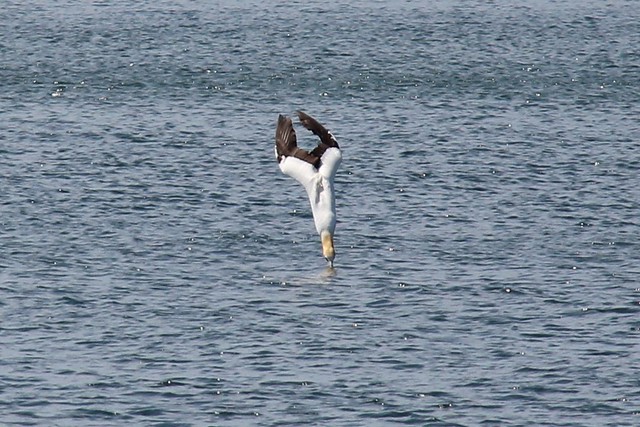 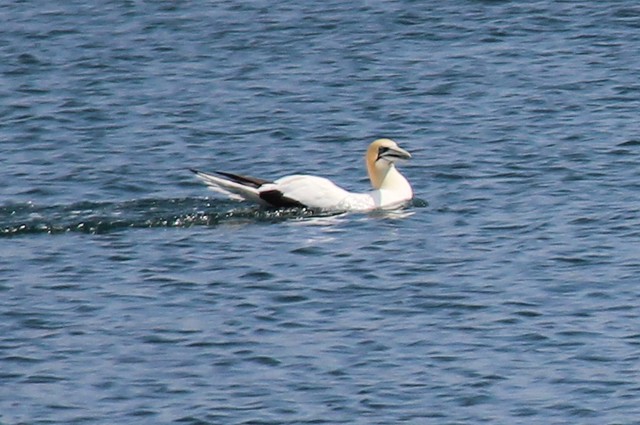 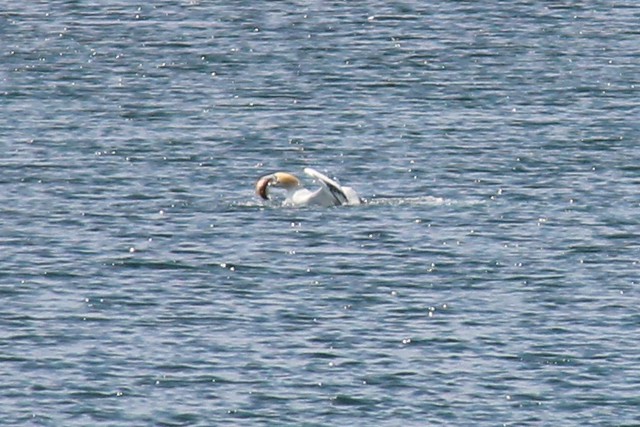 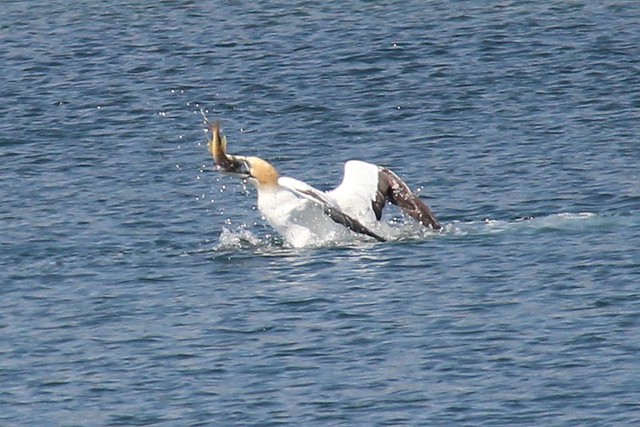 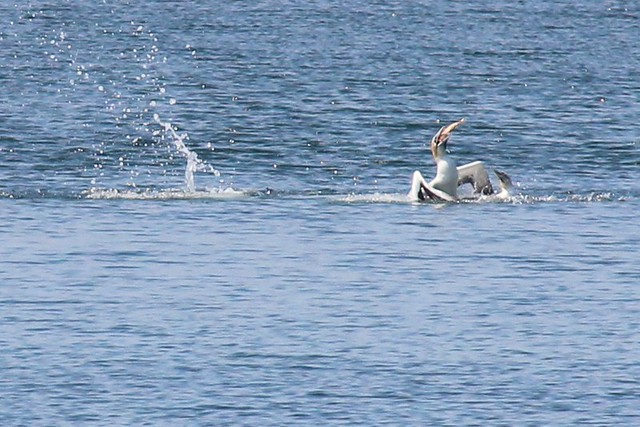 It was an accidentally fantastic twitch – I have several more photos to share from the day 🙂 Will be uploading shortly.