We decided to go to Balyang. It was a beautiful day and we needed to resume heron watch. We were walking towards Princes bridge when I saw this bird in the reeds. “Give me the camera!” I said, and got a couple of shots so I could ID it later. I gave the camera back to Glenn. The bird stuck around for a bit and Glenn took this awesome shot.

I checked with a Facebook community and it turns out my original assumption of a reed warbler was right! You have no idea how proud I am. It was an educated guess based on my limited knowledge. 🙂 I’m learning. 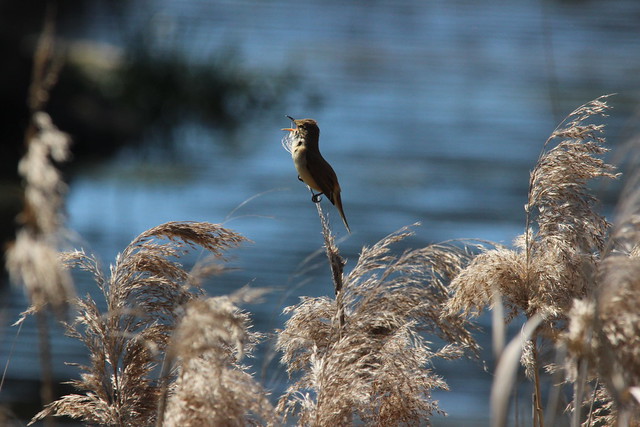 Got a lovely shot of several ibis groups joining. The photo doesn’t reflect how awesome the sight was. 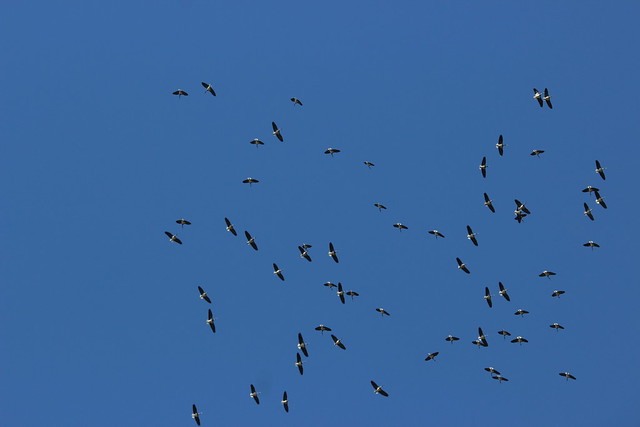 Only saw three wood ducks this time, near the dead tree 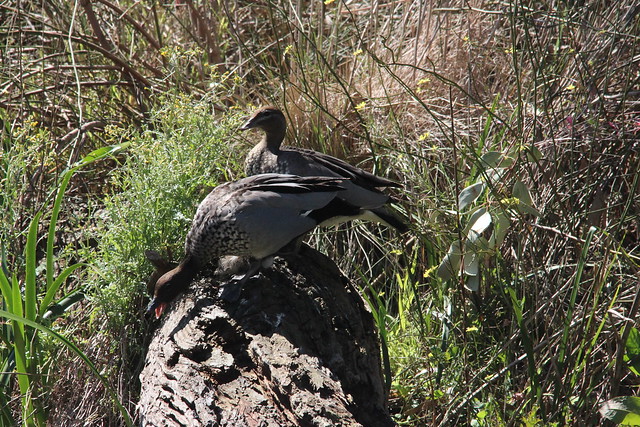 Glenn got shots of all of the gulls in the frame, and I then cropped them according to whether or not a bird was doing something interest. 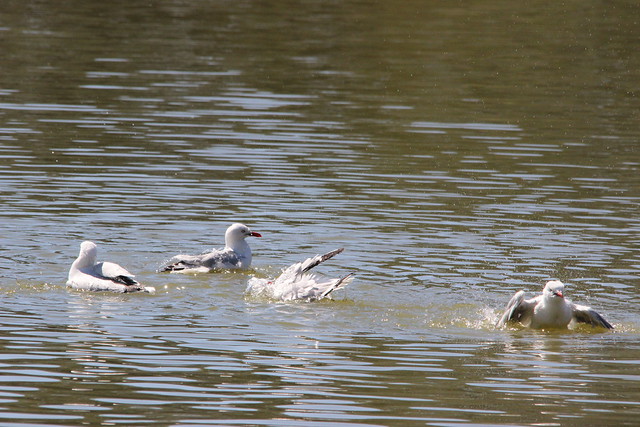 We got some great close ups! I don’t know whether they are cropped too closely or need further post processing. This girl is exhausted 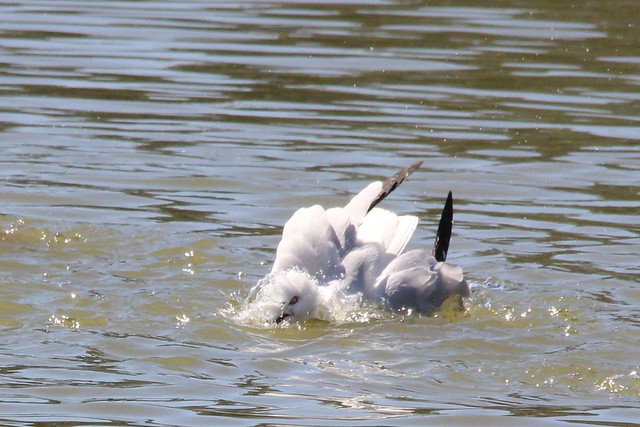 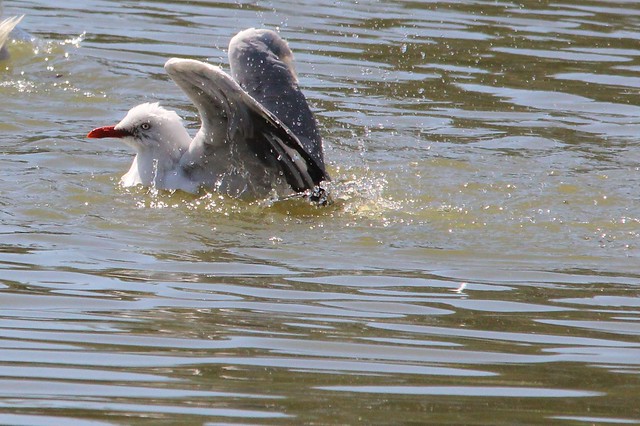 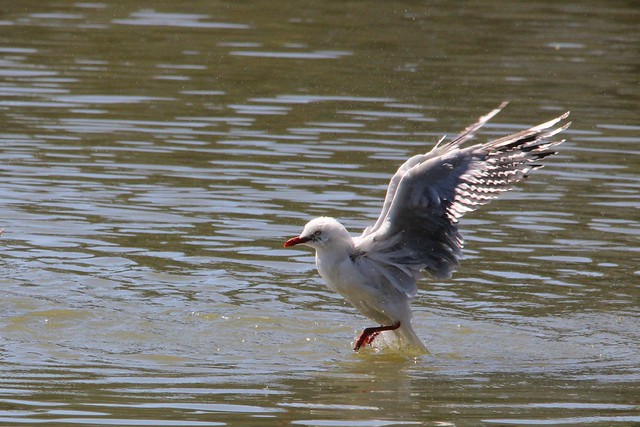 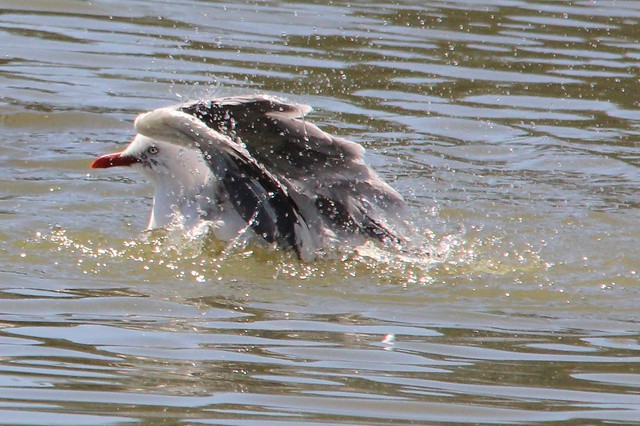 We went to the boardwalk and I told him to try and get some clear shots, or get a photo of something different. Photography is too easy at Balyang. It doesn’t reflect typical conditions during wildlife photography. I’m really trying to help him improve without chucking a lot of technical information at him.

I ended up taking the following thornbill photos. I really wanted to get the shots and Glenn was struggling 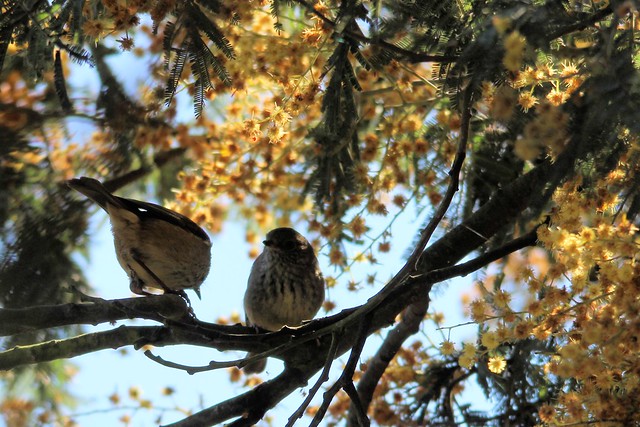 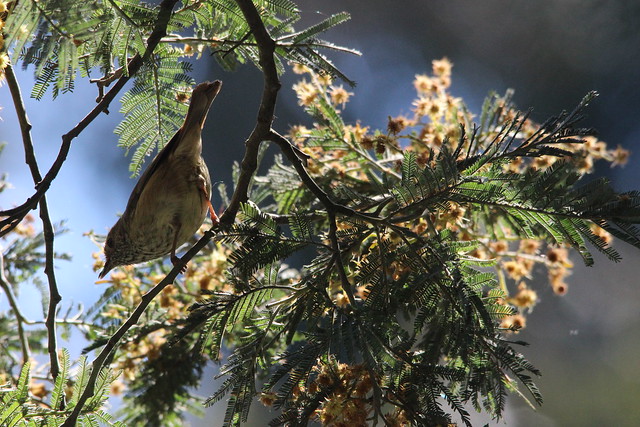 I’m assuming the following bird is a grey fantail. I’ll double check shortly. I was so impressed though. I heard this beautiful bird call but couldn’t see where it was coming from. Glenn said “shhh” and held up his hand for me to stop moving. He then pointed ahead to where the bird was singing. He got such a clear view of it and I was impressed with his ability to find the bird. That’s usually my forte. Glenn is definitely devloping a birders instinct. Yesterday he said he is much more aware of bird calls in general! I may have a birding companion after all 🙂 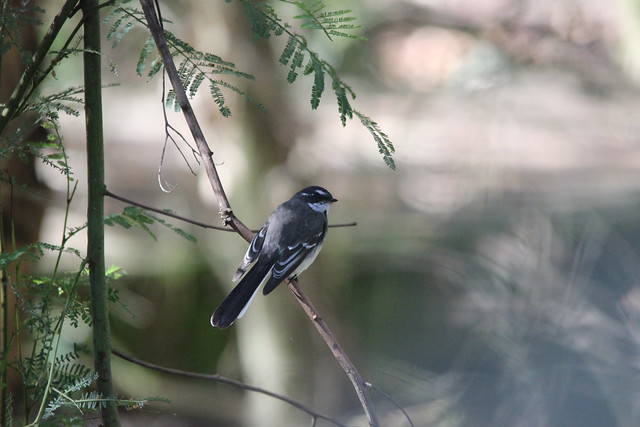