I’m just going to use dates rather then come up with creative titles for my Balyang visits. I’m just there so darn much. Fortunately, I’ll probably only be visiting for another couple of weeks. I’ll still continue to go to mums and explore the Barwon, just not as the pace I’ve been currently doing.

This current birding project has actually been incredibly exhausting!

Anyway, I was photographing these cockatoos below because I thought the increased number of birds meant I had a better chance of getting a poop shot. I didn’t notice until later that one of them had fruit in its mouth! 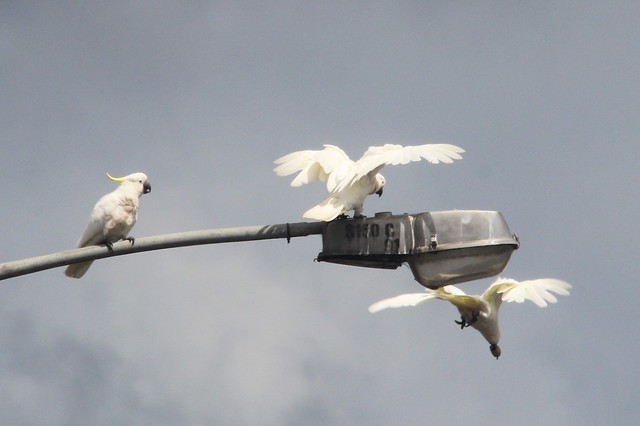 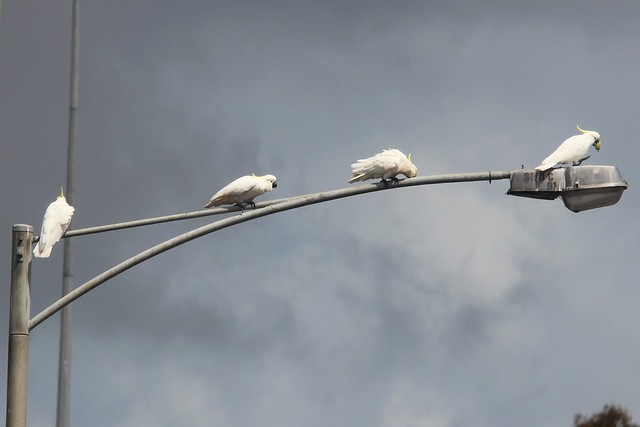 I got these generic house sparrow shots while waiting for it to do something else. I’ve learned from experience that they don’t give any warning beforehand! It is an interesting challenge, trying to get lovely photos of them. 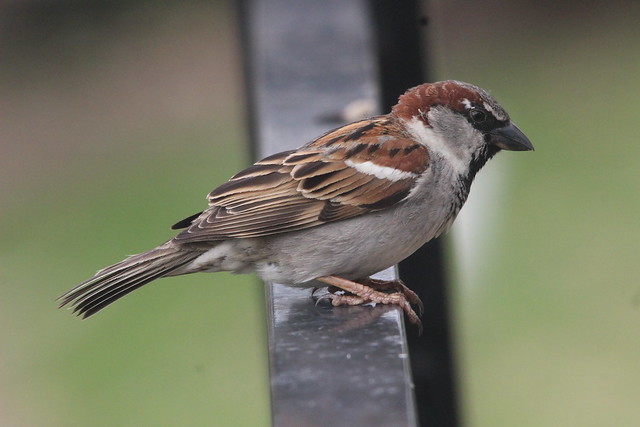 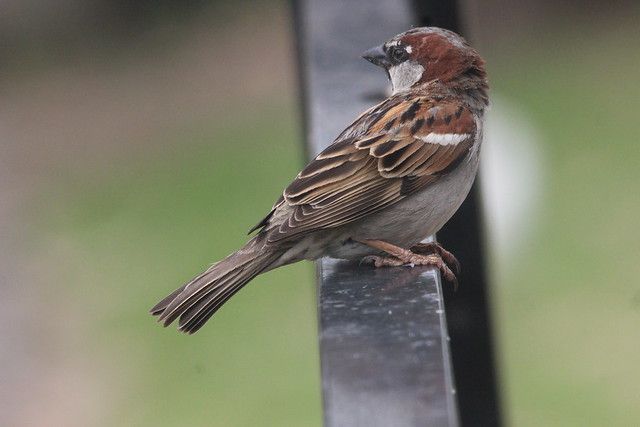 There was a lot of young people feeding bread to the birds there, which was annoying. I’m too shy to say anything at this point.

This swamphen saw a silver gull land with a large piece of bread and decided that it wanted some! 🙂 It kinda looks like a dinosaur here. 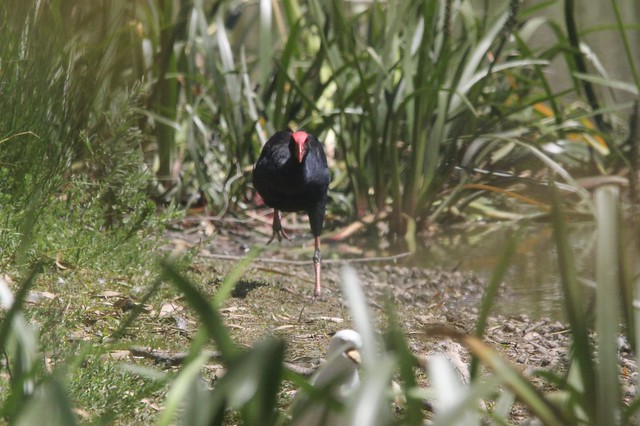 These long billed corellas were grooming each other and then had a nap. Not from a great angle, but that was because I was lying down on the ground photographing lorikeets. 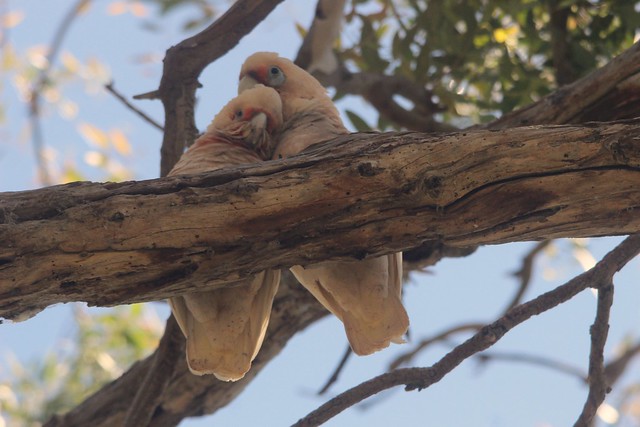 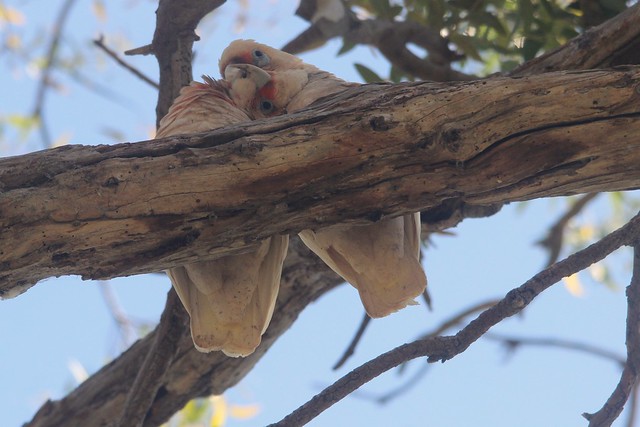 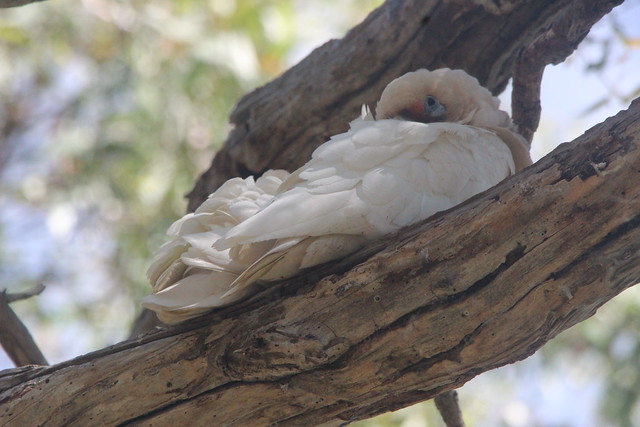 I nearly got shat on several times while trying to get photos of lorikeets doing the same thing. I had a couple of near misses when trying to get the shots.

I spent ages just watching about 10 of them fly around above me. I got to get a very close look at the colours of their tail. I probably shouldn’t dismiss them as a photographic subject so quickly. 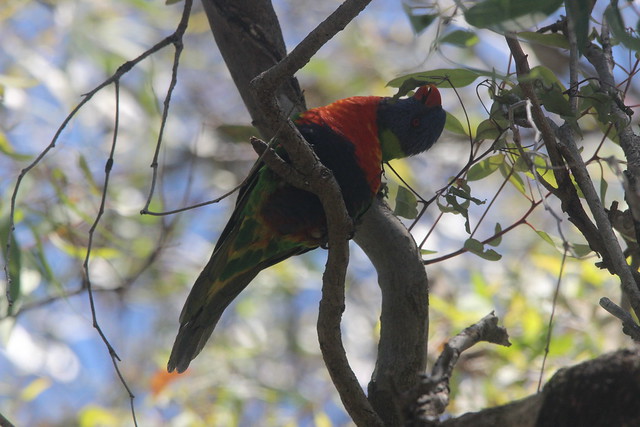 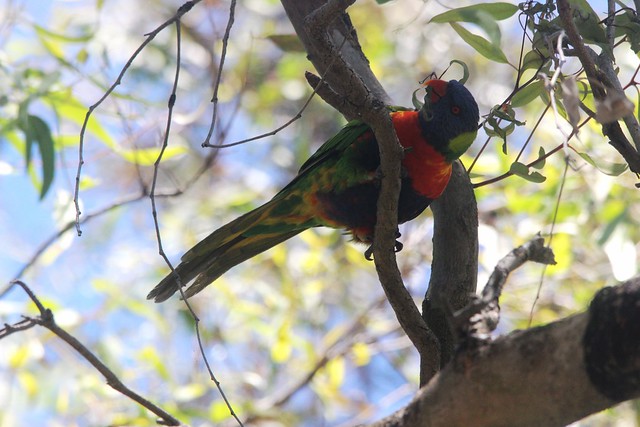 Finally, the red wattlebirds are still working hard feeding their chicks. They have been a consistent background call for the past 6 weeks or so. 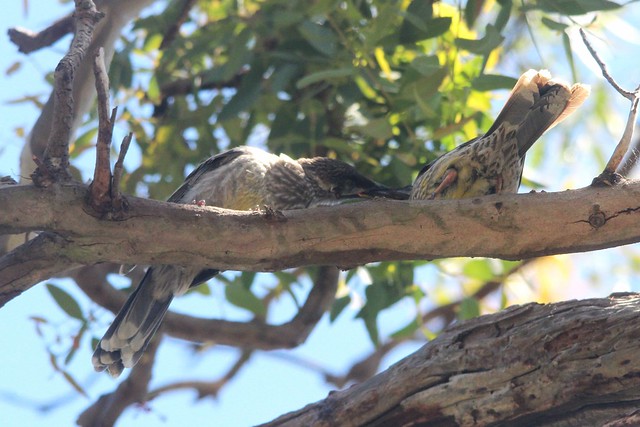 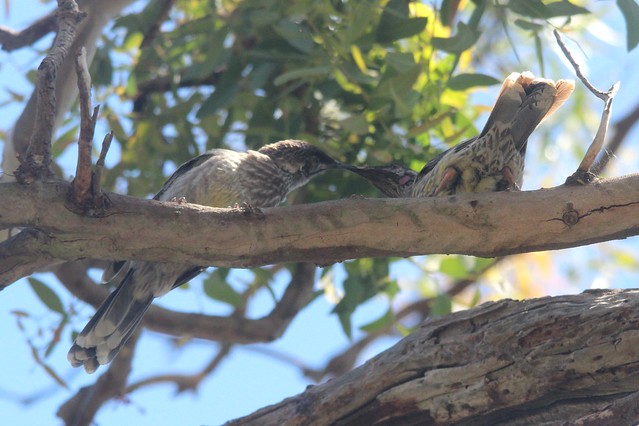 As mentioned, it has been an exhausting month. At least 10k+ photos taken at this one location, all of which is painstakingly documented. I definitely wont be doing it again next year. However I’ve learned so much. I’ve got so many questions to seek answers for, which I’ll be doing when things slow down. I can start working on guides for certain birdwatching locations.

It has also taught me so much about managing anxiety and birding with patience. I’ll definitely be writing more about that late.