This trip took place on November 9.

There is a problem with repeated visits to the one location. You see all these interesting things that warrant documenting. Yet, that don’t fit into a normal narrative. Normally this is fine. Lately, however, it means a whole bunch of posts titled ‘Location: other.’

I have no idea if there is an easier way to process these notes. Feel free to email me with ideas. For now, as I have a small readership, this will do. 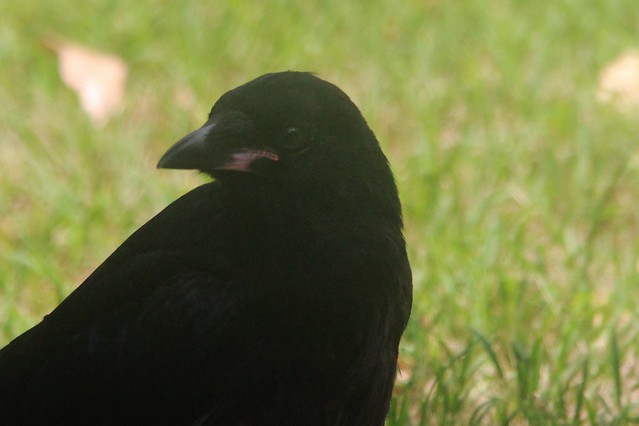 I saw this raven while walking along a street towards Balyang. I’m assuming the purple bit is a gape and that it indicates it is a juvenile. 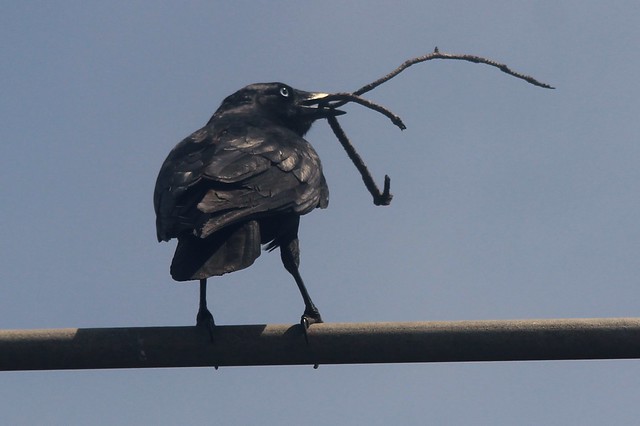 There was a raven seemingly collecting nesting material. It did drop it, without provocation from the cantankerous willy wagtail. 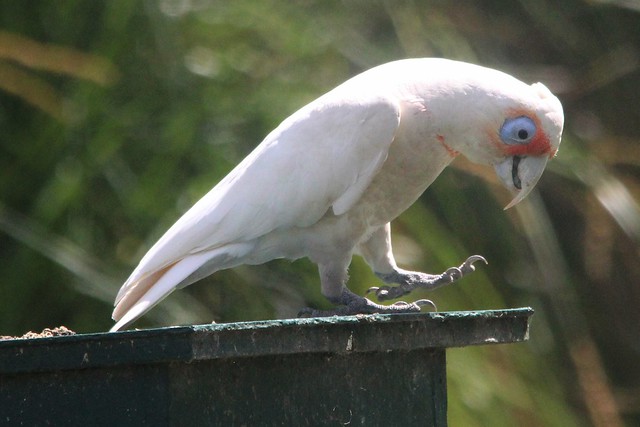 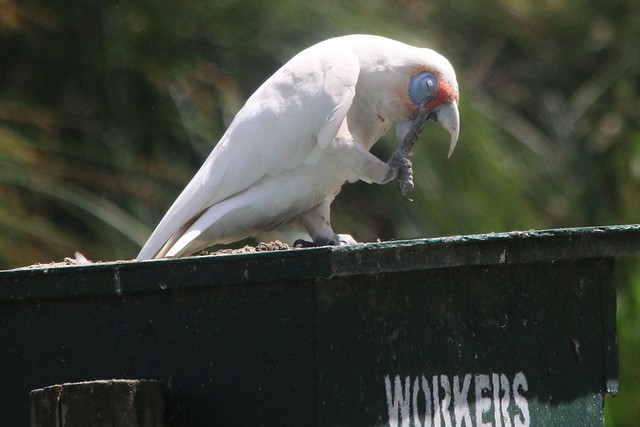 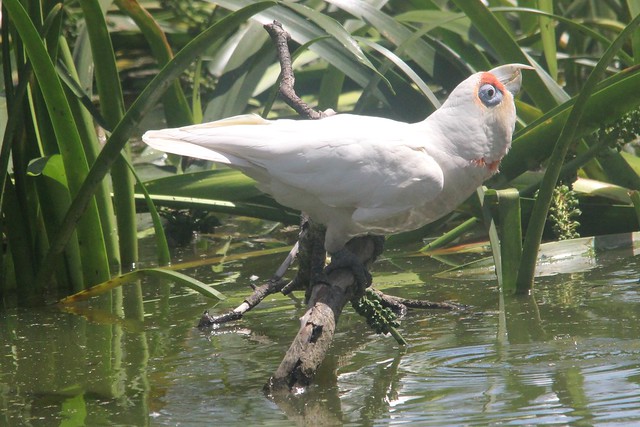 A beautiful long billed corella was hanging around. It was coorporative for my project of taking photos of birds drinking. As was this red rumped parrot. 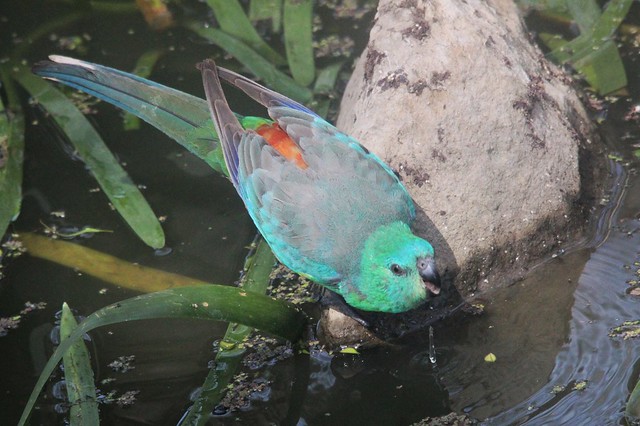 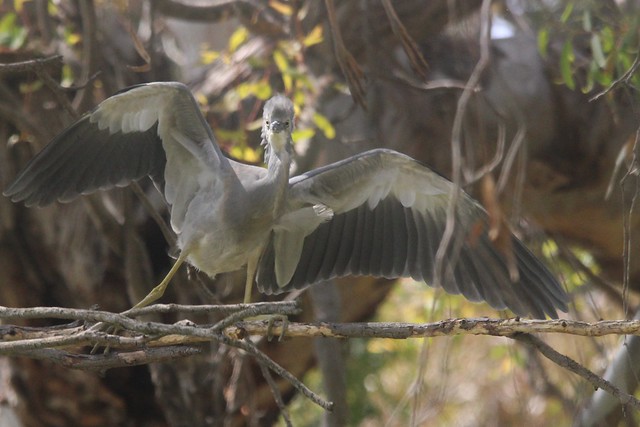 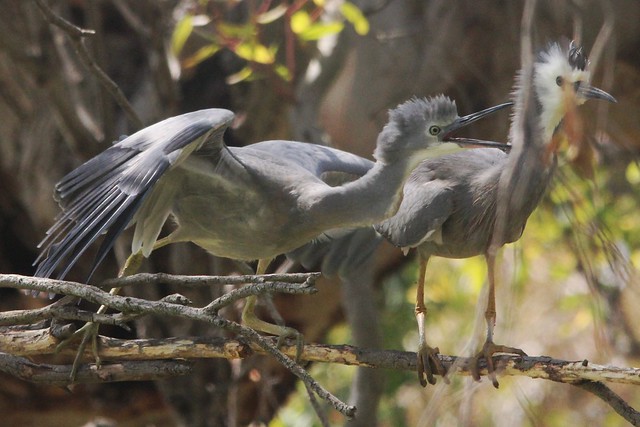 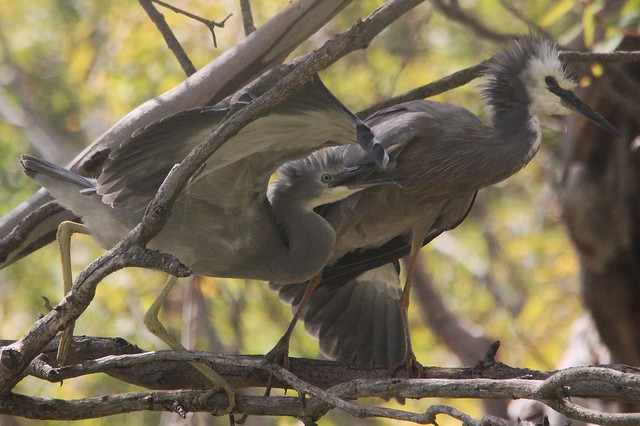 I was photographing the white faced heron when I saw what I’m assuming is the parent flew towards it. I have no idea why they still hang out and what the dynamics are of their relationship. 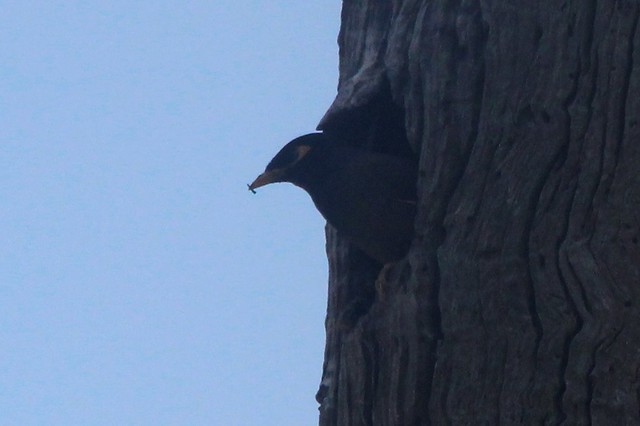 I hate mynas – but I still enjoy getting photos of them with food in their mouth. 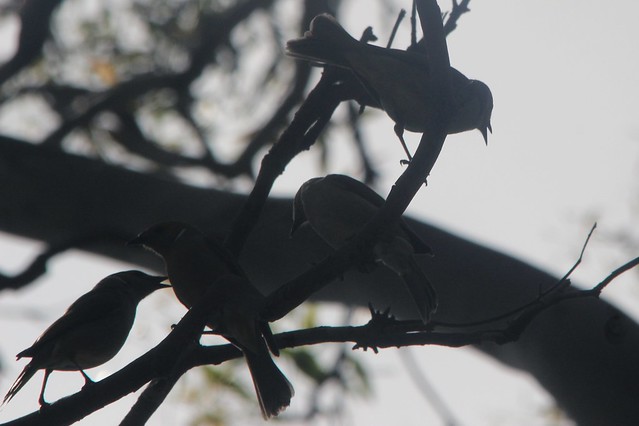 There was a lot of activity in the tree above me at one point. I’m assuming some of these are juveniles. 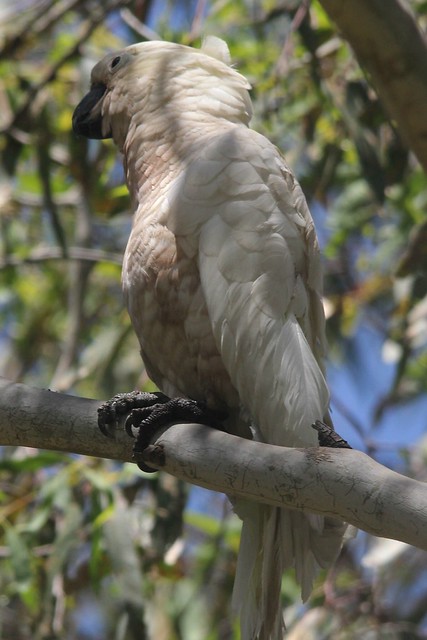 The above is a sulpher crested cockatoo without the crest. At first I wondered whether it was a hybrid, as I don’t believe I’ve seen one without a crest before. It made no sense. Could it be a young?

I asked online and they said it could have lost its crest for a number of reasons. I don’t think it is a juvenile. I’ll tell you why in a future post. Babies, babies galore at the moment! 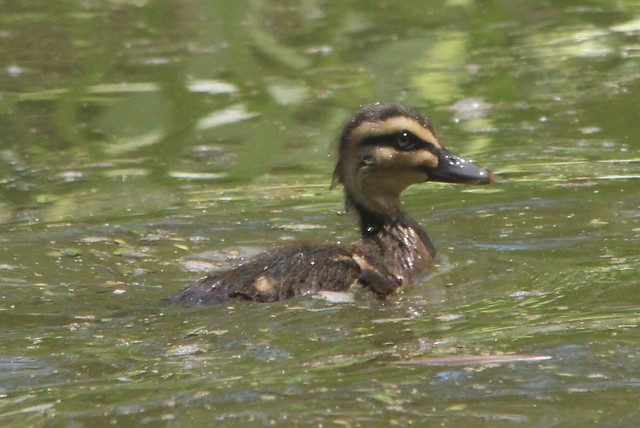 There appears to be ducklings galore too, but they never hang around for long. I think they realize pretty quickly that it isn’t safe. 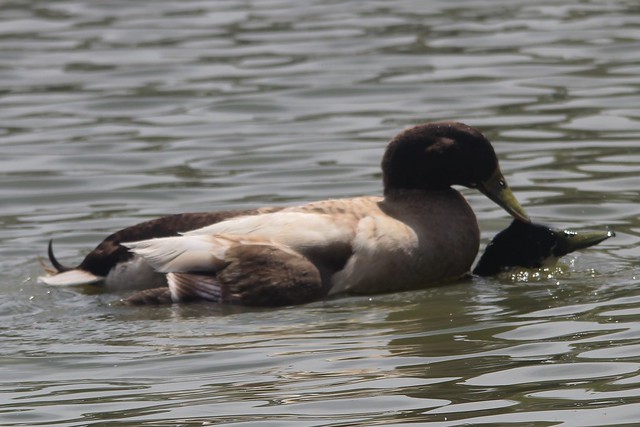 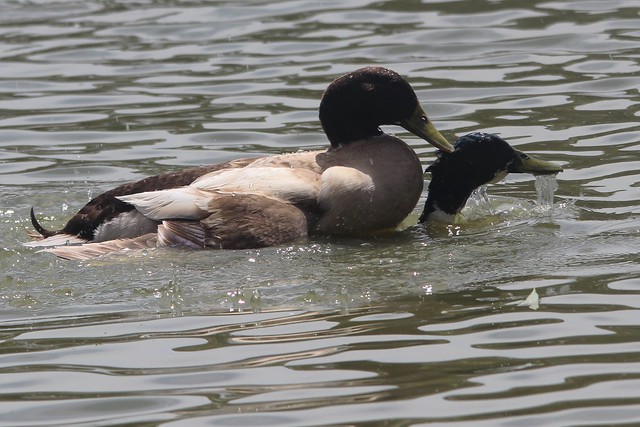 I also saw these two feral ducks mating. Couldn’t understand why the duck was sitting so funny in the water until I saw the other ducks head bob up. Apparently this makes me a perv. I reckon it just makes me weird. Science is science. And I can never compete with the other birders so I need unusual areas where no-one will bother to compete. 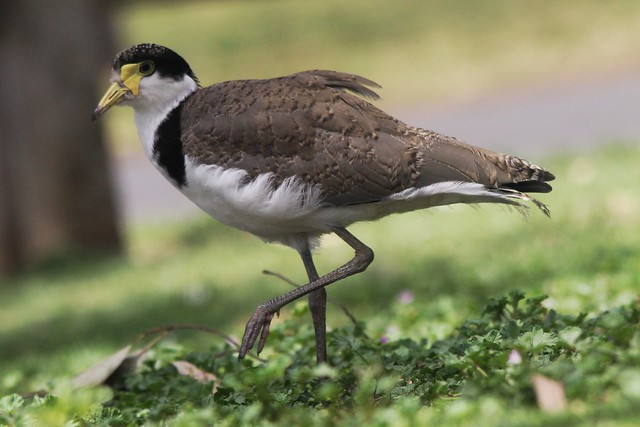 A juvenile masked lapwing. I was disappointed to miss out again on seeing a younger one, however that disappointment didn’t last long. I love the markings on its feathers and the shorter wattle. 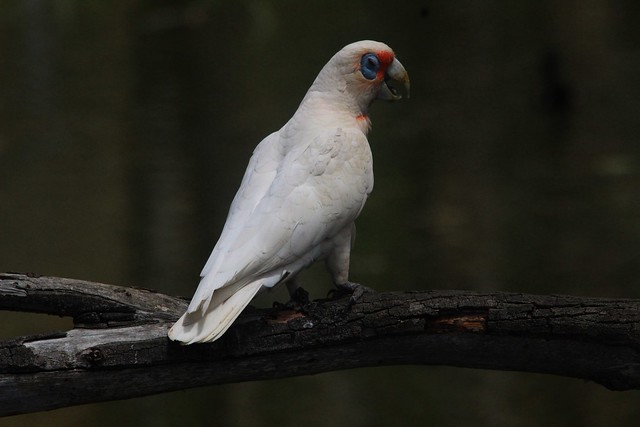 Another corella. Perhaps the same one? 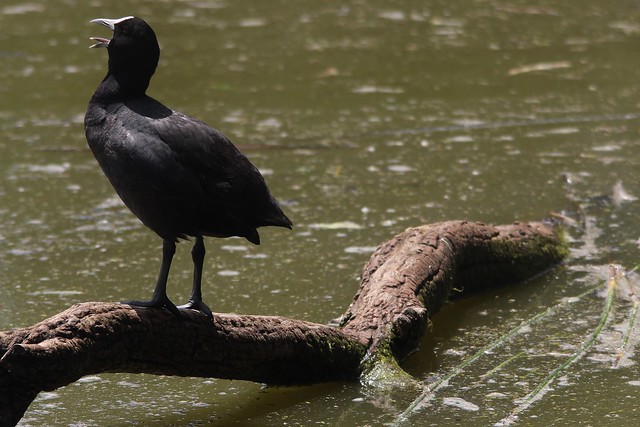 This eurasion coot photo almost isn’t worth sharing. Really, I was trying to get a poop shot. I *just* missed. I still love it poking its little tongue out.

I kinda can’t wait until the mating/breeding season is over and I can start revisiting other places again. It’s going to be weird NOT posting daily.