Woo! Finally getting to the last of this weeks posts.

I got a lift from dad to Queens Park so I could check out what birds were in the region. I probably could have walked further if I had packed proper shoes but I didn’t trust my thongs. It was a good decision; by the end of the visit to mums house my legs and butt were really aching. This may have been partially due to my decision to weed mums overgrown veggie garden but I digress. 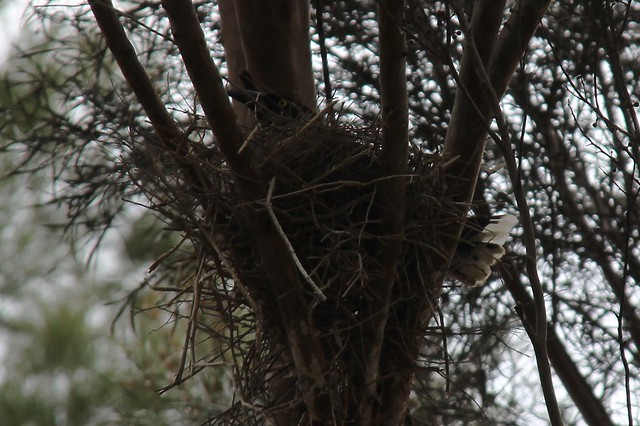 One of my goals is to capture as many photos of bird nests, and birds nesting, as I can. I am learning so much from it. I try to be as quick as I can so as not to disturb the birds. This currawong nest was photographed really quickly. It is surprising how many birds nest right next to a busy path, although this was a fair distance away. 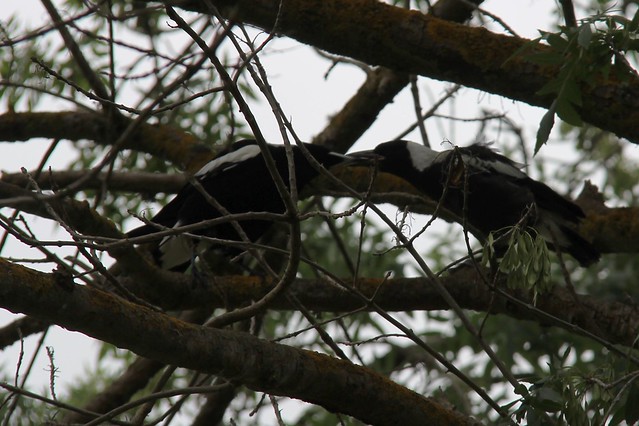 There were a decent amount of baby magpies about. And some over protective parents who are overzealous about people who are just trying to walk up stairs. Below, I discovered this magpie eating some kind of bug 🙂 Part of me wants to research and figure out what it is! 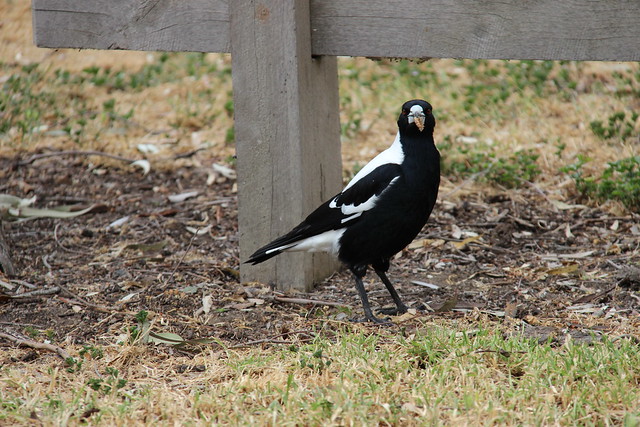 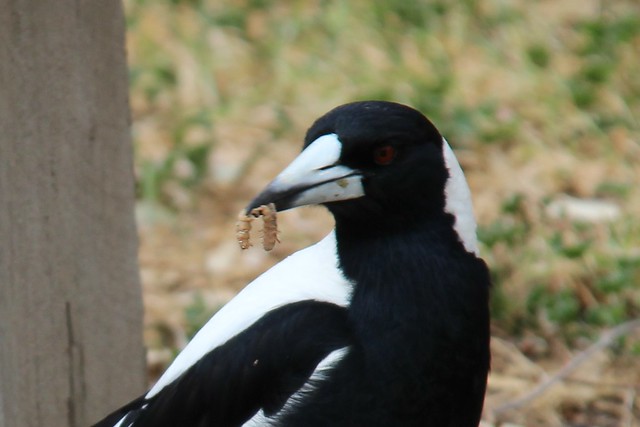 The hard headed duck, or A hard headed duck, has made a reappearance. Months of nothing and finally, NOW the area starts to get interesting. This reminds me… I should probably go to Drysdale and see how the lens works there! 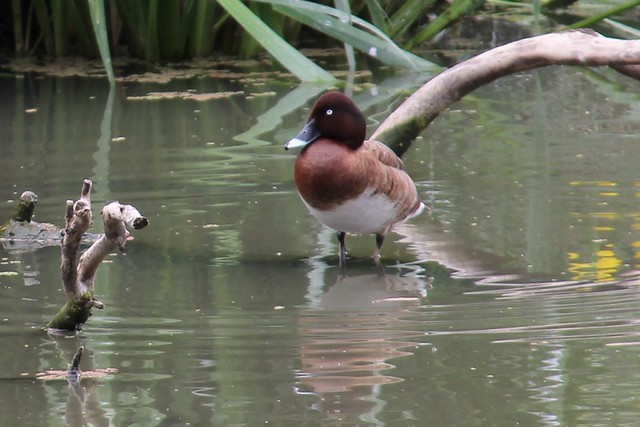 A highlight of the day was also being able to get photos of a sulpher crested cockatoo and a red rumped parrot having a drink. I think that is my new photographic obsession. 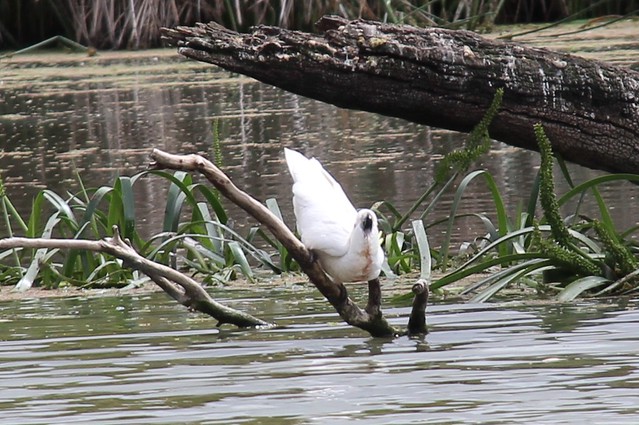 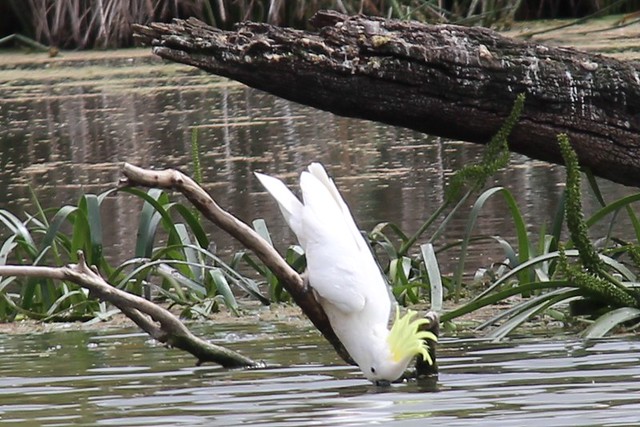 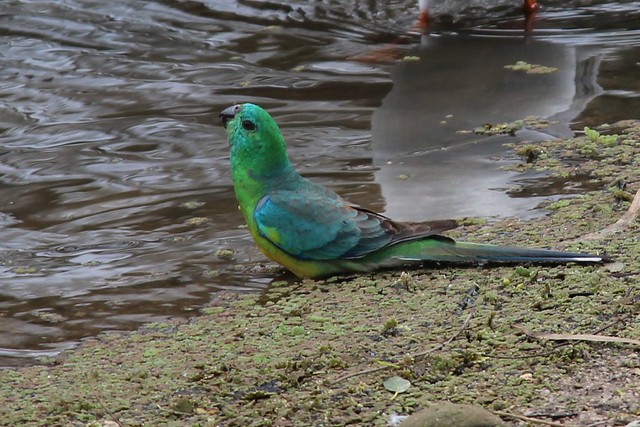 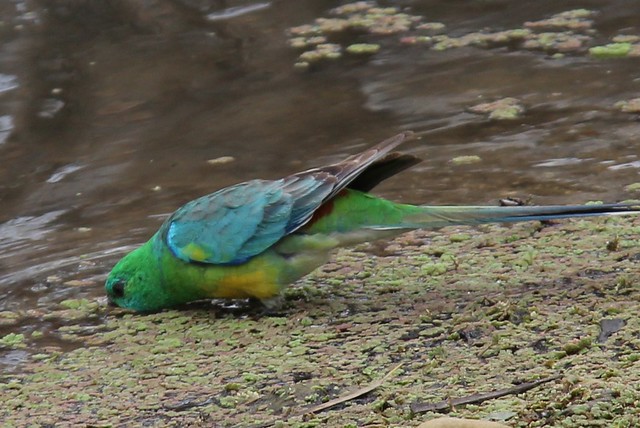 Turns out I have seen a little corella! 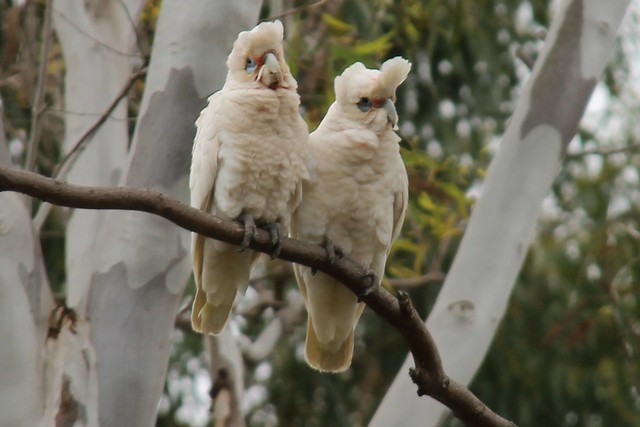 I have no self confidence when it comes to ID’ing birds. I was fairly certain that these were little corellas but was uncertain, because one of my bird books listed them as being moderately common instead of common. It listed two locations where you could find them in Melbourne. I assumed that this meant there was isolated populations locally.

Wrong! I was right in that most of the corellas I’ve seen in the past have been long billed. So, hi five for me there.

This is me quoting directing from the comment thread on that group. I know this is bad form, but it is primarily for my learning moreso then anything else.

Fascinating. It is curious that I’ve mostly seen long billed – and makes me wonder what two littles would be doing at Balyang? I know there are open paddocks a couple of km away. I’ll definitely be keeping an eye out and may try to teach myself their call. It’s probably I’ve seen the littles around and just ignored them. Regardless – it is a lifer!

The photos may be generic but I was able to get this great cormorant that was just floating about. There is usually one there on each visit. 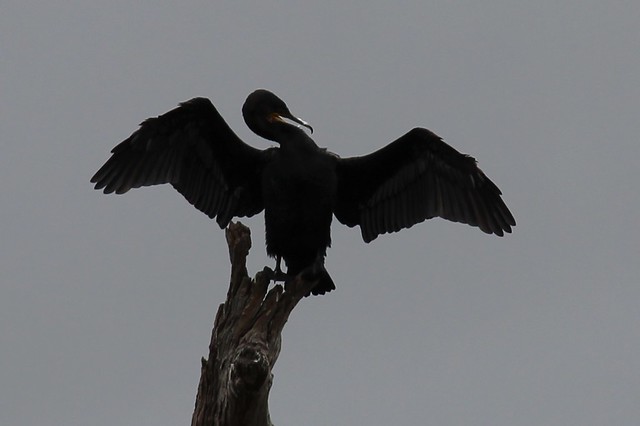 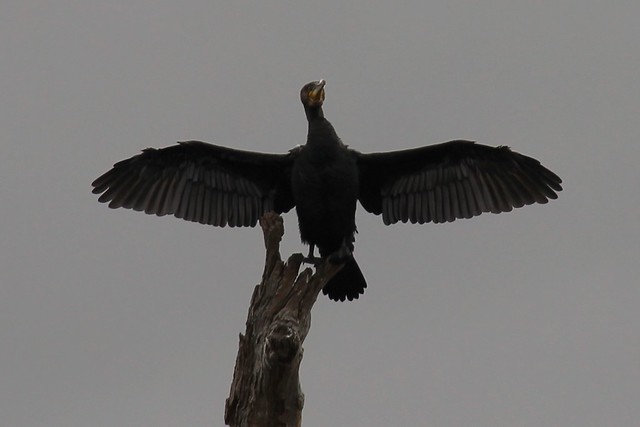 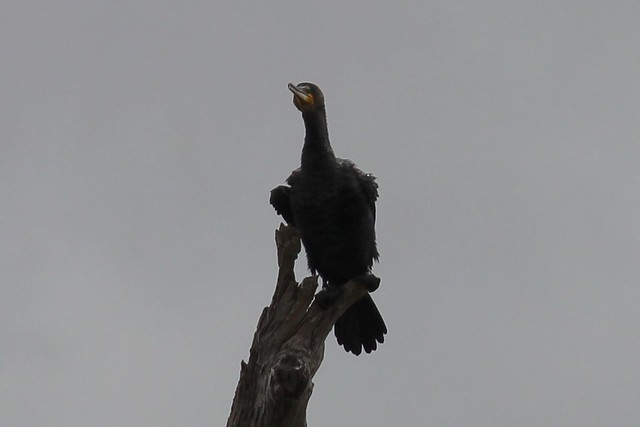 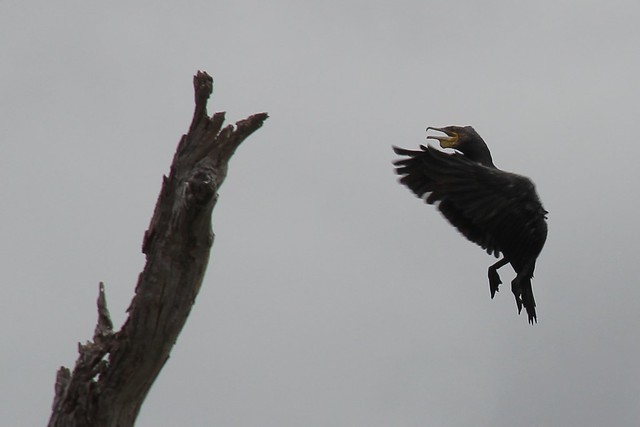 Was so hoping this was a little grassbird as I’ve been trying to knock that off my list for awhile. The tail was too short and the markings on it and the chest weren’t right. I was hoping that it was, regardless. Mostly because the noise was different.

I went to the playground near Balyang with Seth later that day and ended up seeing several reed warblers, including ones making this sound followed by the warble I’m used to. Again, I learned something. Again, I dipped on a fairly common lifer. It is a bit weird how these guys popped up outta nowhere! 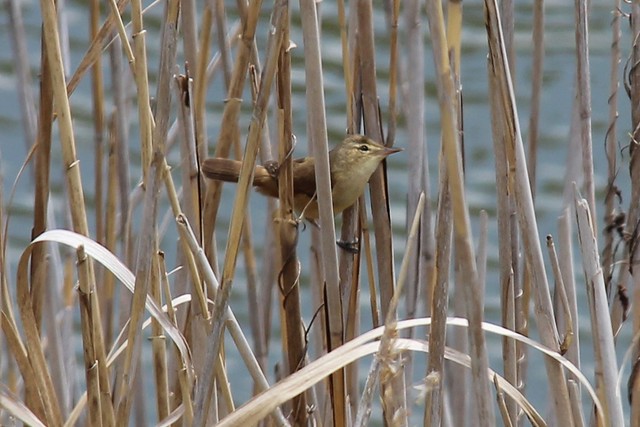 On the Tuesday there was a couple of little black cormorants there, which was awesome. I was hoping to get some photos of some small spats but it never really worked out. That is okay, I think the photos turned out well. 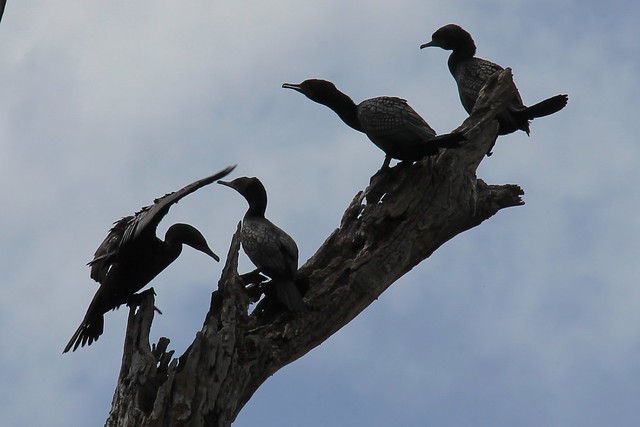 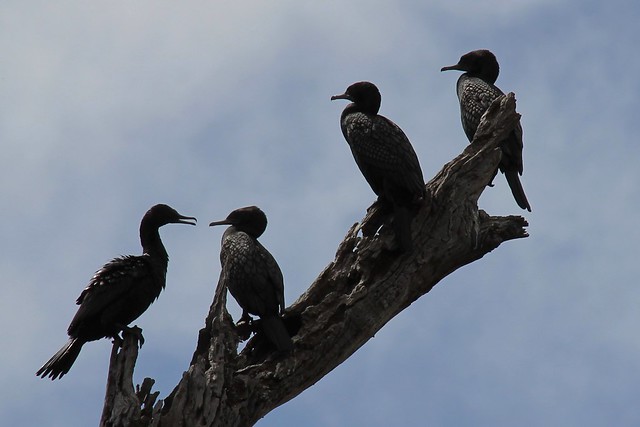 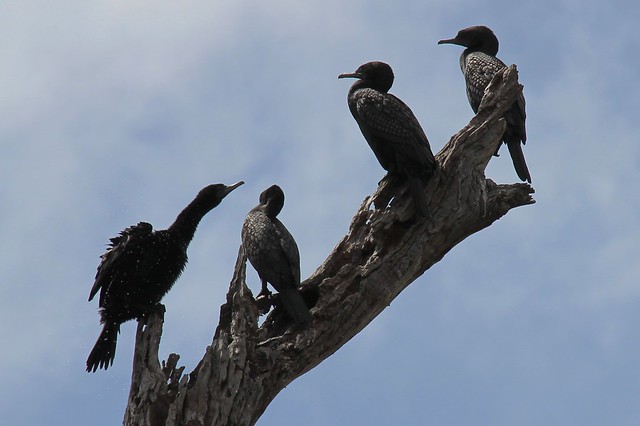 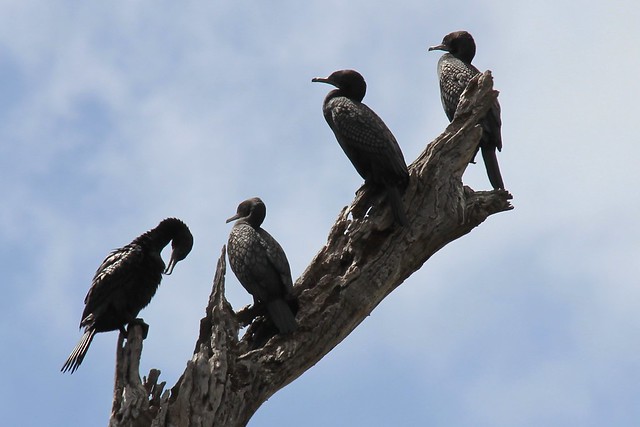 The final picture is of these ants eating a much larger creature. Sethy said it was a wasp. I also saw a dead blue tongue when walking home. 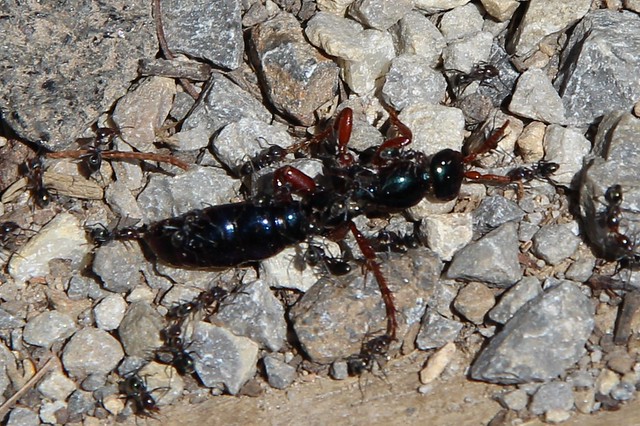 In sadder news, there are foxes in the area and they killed two of mums chickens. We live about 1km from the river. It sucks.