Yesterday morning, Glenn decided to go to Balyang. We had gone down together the day before and he was annoyed at how the harsh light impacted on his photos. He woke up at about 5.30. I promptly fell back asleep after the alarm went off.

He wasn’t planning to get sunrise pictures – his timing was coincidental. He did get some great shots though. 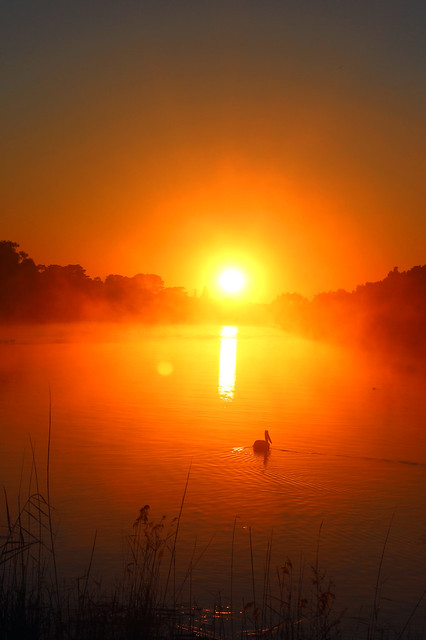 The pelican in this photo was accidental. He flew down at the right moment. 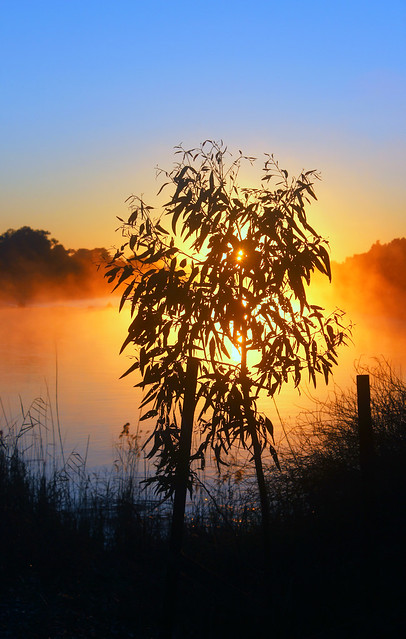 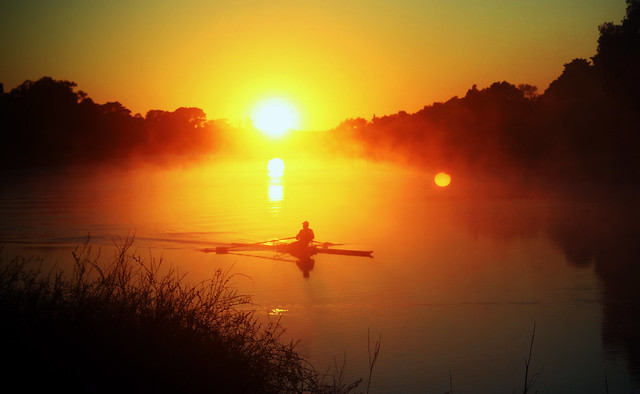 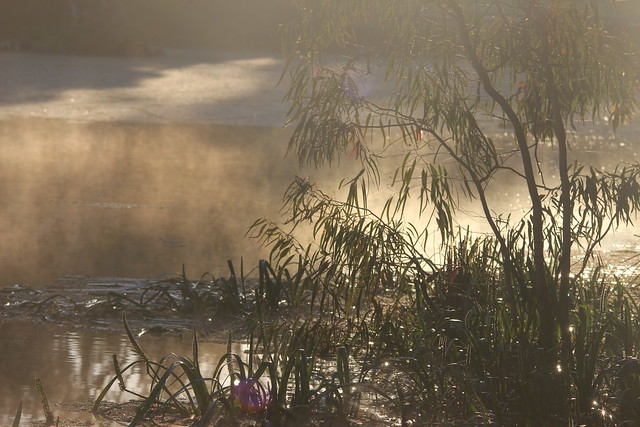 As he wanted, the light was magical over the water. I recommended that he go down at nighttime to get a similar effect. 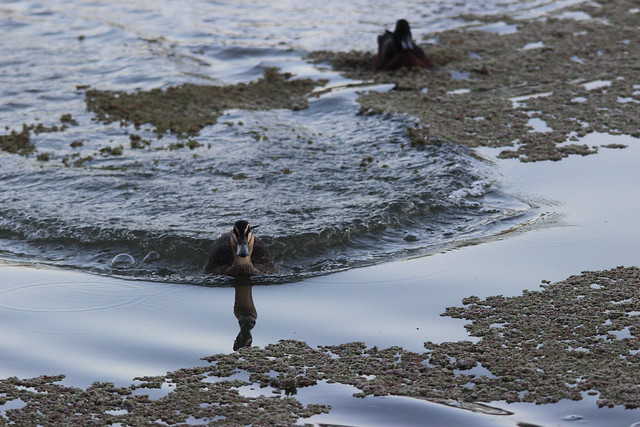 He captured this photo as the duck was landing. I’ve been trying to teach him about patience with birds 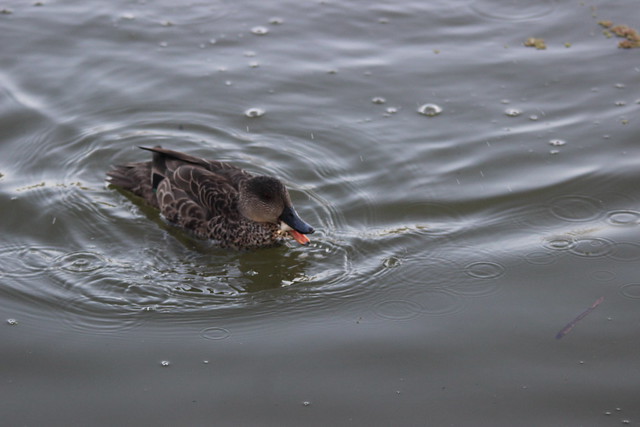 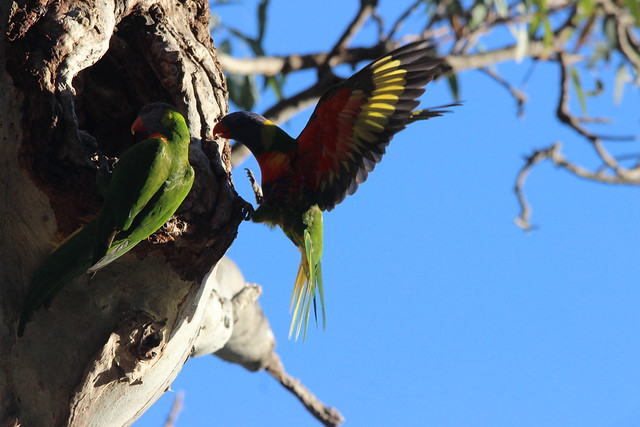 One of our favourite activities is monitoring the birdlife coming in and out of the hollows in one of the main trees. He showed me this series of photos later, saying that he noticed that a number of lorikeets were acting up near this hollow. 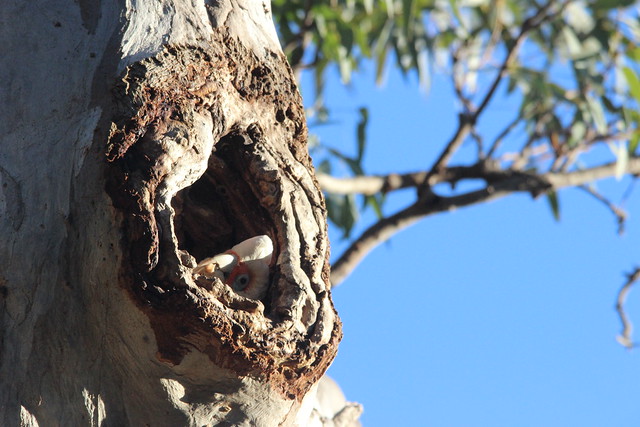 Thew flew away. Shortly after, Glenn saw this head of a slender billed corella (I think?) 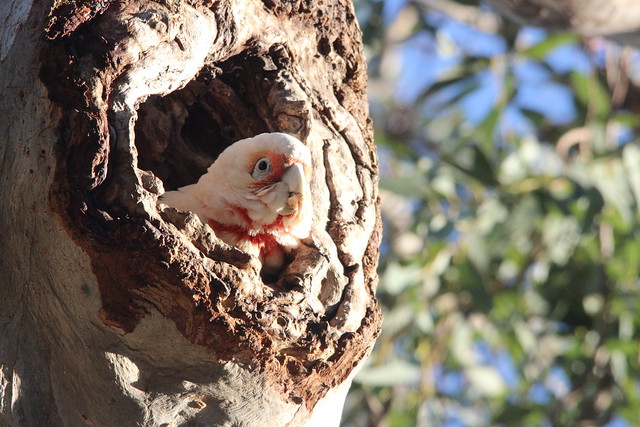 He’s getting more comfortable at ID’ing different species of birds. Glenn is progressing so much with his photography. He’s developing more patience. It has been fascinating to watch. 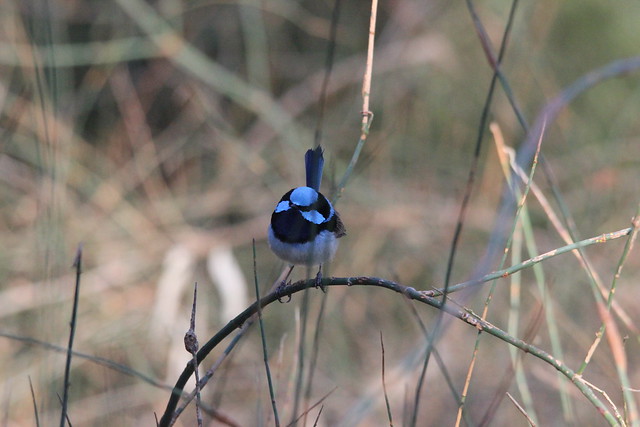 On Monday, I took him to the boardwalk near Balyang. This area is great for wrens, thornbills and other species of birds. It’s amazing how the bird calls change so quickly.

A lot of the birds move quickly and are well hidden. We had visited here together a couple of months ago and he wasn’t a good birder. He would always be looking at his camera instead of watching where the bird was going. He would walk too loudly. Birds would be scared away.

This time, I said we weren’t allowed to go home until he’d gotten a decent photo of a fast moving bird. It’s great practice for photography. He struggled that day, but yesterday he showed up with this almost-clear photo of a blue wren. He found it challenging, but he’s agreeing that he’s learning a lot more by challenging himself.