It is the 5th of January. So far this year, I have gone on three separate adventures with the nephew exploring various parts of the Barwon River. I’ve been trying to familiarize him with places beyond just Balyang. A lot of the birding has been generic but you know what? The little dude loved it. Sometimes, that’s all that matters.

On Thursday I was planning to go to Bunyip area with a birder who had contacted me the day before. It would have required an early start. I woke up at 4.30 after a horrid nights sleep and knew there was no way I could do the trip without getting sick. I hated calling it off but I’m glad I did, considering the hot weather caused many sleepless nights on the weekend.

We asked if we could go to our local haunt, ‘The Wetlands’ when my parents were going to Bunnings. They have been super busy lately so I’ve tried to take Seth on adventures that don’t require much of their time. 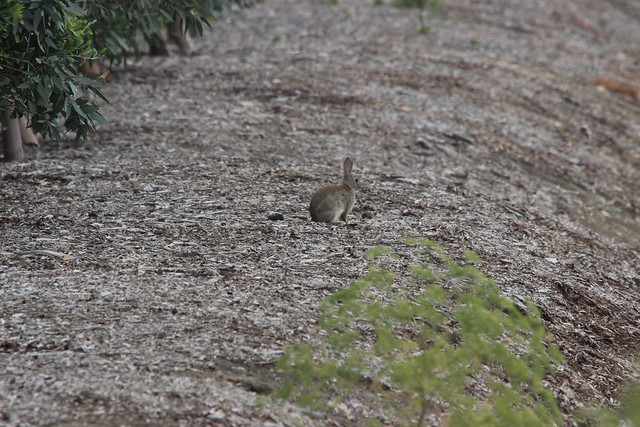 He may have gotten distracted by the rabbits, though.

I don’t mind. He’s 6 and it is still something of a novelty to him. We’d checked out a lot of the usual haunts and there wasn’t that much to see. There was a random person sitting in the hide with multiple bags – he didn’t look like a birder. Up the back there was stilts, ibises and spoonbills. The water looked too high for crakes and rails so I decided to just let him be a kid.

It meant I didn’t get to look in the trees as much as I liked, especially as an oriole had recently been reported there. But sometimes it’s more about the adventure.

I showed him my secret spot where we flushed five Lathams Snipe. We walked back to the hide. I heard the sound of lorikeets. I followed, hoping that they were purple crowned. 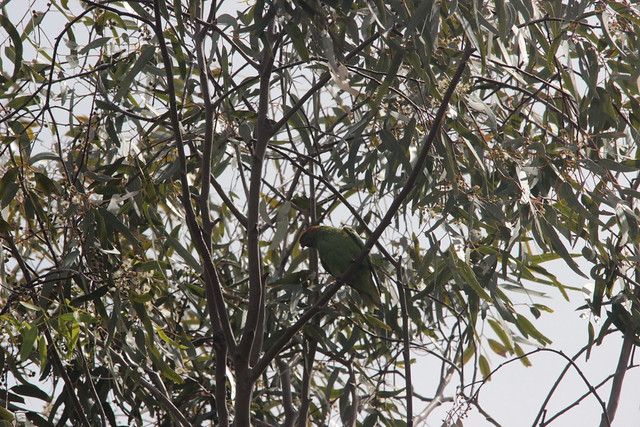 They weren’t. Musk lorikeets are still a new bird for Seth. He learned more about walking quietly so they wouldn’t get scared. Hopefully learned about telling the difference between birds.

That night he still had way too much energy so we went for a wander around Balyang. We explored Balyang, the nearby boardwalk and the area where the Tawny Frogmouth is. We ended up being gone for so long that my parents were worried. But, there was a lot to see. 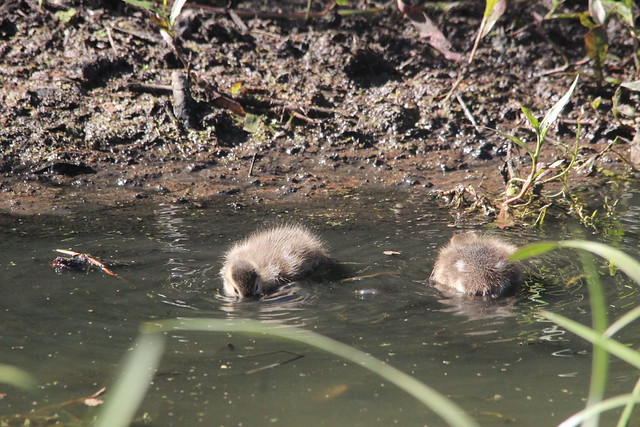 There was baby ducklings. Afterwards, my mum was telling Seth about how mother ducks, and other birds, can get incredibly protective. We spent about five minutes watching them from a distance and Seth was able to observe the behaviour. I dunno, there is something cool about seeing something instead of just hearing about it. 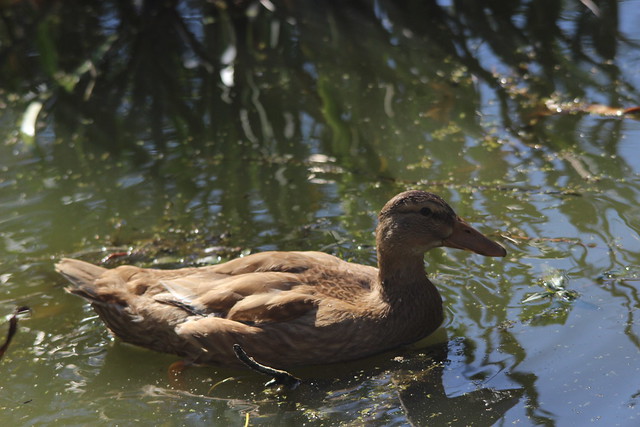 I saw a duck that I hadn’t seen there before. I’m not sure if it’s a domestic one but if it is, it’s new. I thought the markings on the face may make it a domestic/teal hybrid? 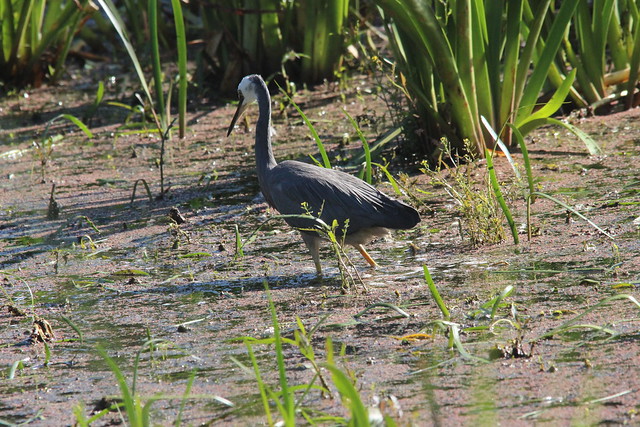 Saw this heron. It was moving it’s feet in the water as if it was either trying to find something with its feet or trying to find a safe place to put it. Was interesting behaviour. 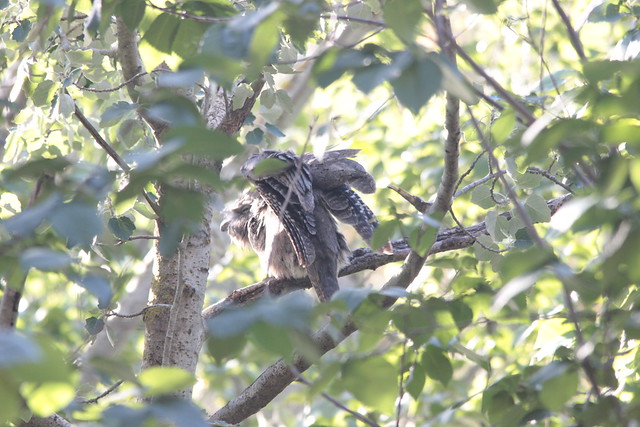 Got some very poor quality photos of the frogmouth having a stretch. I don’t want to invade its space.

Yesterday, I decided to give my parents a break for a couple of hours and offered to walk from Buckley Falls to Queens Park. It would be about 3km and would allow me to walk along an area I really liked.

Seth decided he wanted to walk on the other side of the river, starting at Baums Weir. There were two people there when we got there but they told us about a valley where we could see a wallaby and how we may see platypus in the river. I wouldn’t have believed you could find either so close to suburbia but this little section was so secluded and lovely. I want to walk in the opposite direction next time and see where it takes us.

We walked to Fyansford without much happening. We did manage to see two birds of prey though! 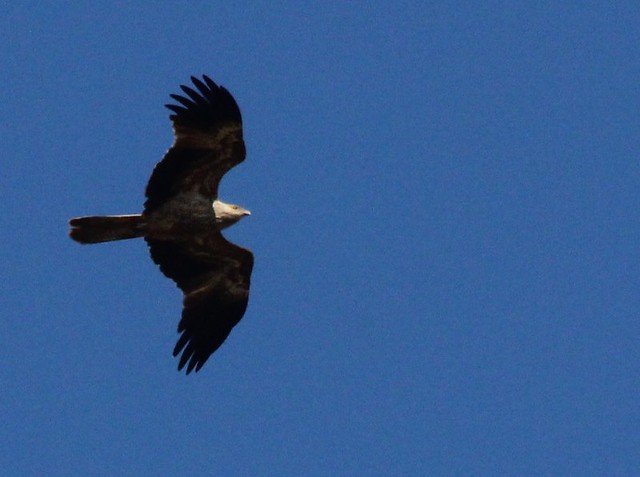 Whistling kite. Always get confused when trying to ID them 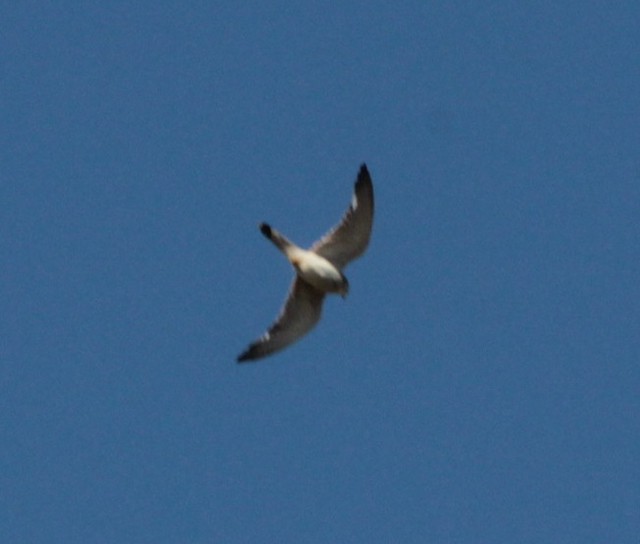 Nankeen kestral. Another lifer for the mister. I struggled to ID it initially as the tail wasn’t spread out like it was in the field guide. However the black band on the tail helps you figure it out.

Seth was excited to see it, that kid has really good eyes. We saw other birds, like grey fantails and a black faced cuckoo shrike that hung around for a while. We have to double check if they were lifers. We found a very fluffy caterpillar! He really enjoyed the walk, talking about how the hills changed and how their were different types of trees. It makes me want to learn more about the area so I can give him the right answers.

Today I woke up hoping to either go to Truganina or Serendip. Glenn didn’t want to do either and I wasn’t sure if I had the mojo to go anywhere on my own. The decision was taken away from us when we realized our budgeting snafu: we didn’t have any money and weren’t getting paid until tonight.

Glenn was in a bit of a huff and went to have a nap. I decided to make the best of the situation and asked the little dude if he wanted to go for a walk. He loved the walk we had done yesterday, and was curious to see what was on the other side of the river. We went down the steps and very slowly walked.

It was a warm day and the kid has little legs. He has a lot of energy but less so for walking longish distances in warm weather. We had to take frequent breaks but made the most of it. We saw a guy set up a tightrope between two trees and practice. We saw a small green spider and bugs mating. We heard an interesting call and looked on youtube to see if it sounded like a sacred kingfisher (it didn’t.) We went down any side paths we could.

It was meh in terms of birding – which was to be expected with a little dude hanging around. He loved it though.

We heard a bird call in a tree close to the bridge to red gum island. I looked and saw a shape in a tree. Maybe it was a bird of prey! 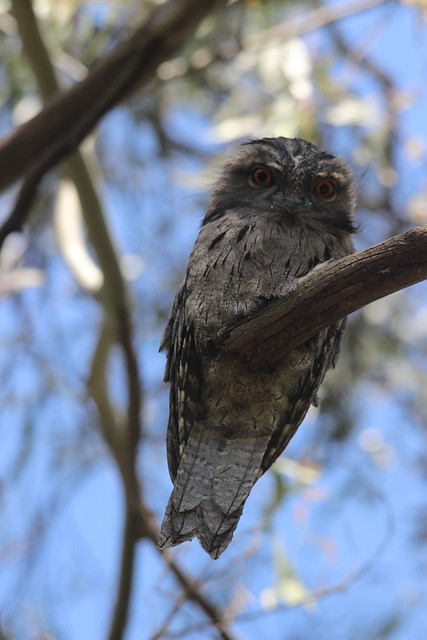 It was another tawny. I’m fairly certain it was separate to the one we saw close to Balyang. It looked younger. It was about 3 metres away from the path so we walked under the tree and spent 15 minutes just watching it. It watched us back, for a while. Then it yawned and pretended that we weren’t there. 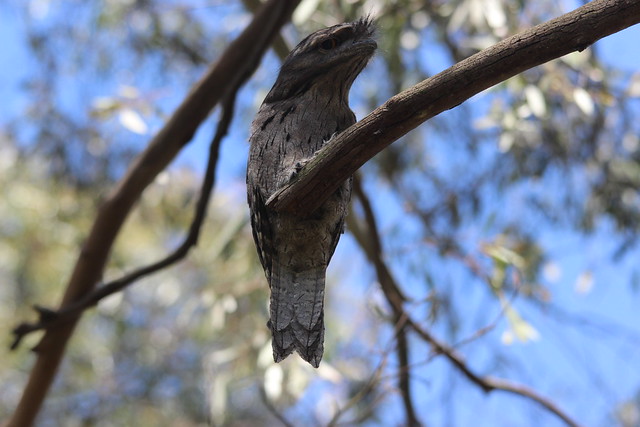 We were getting closer to Buckley Falls, thankfully. But wait – what was that? A darter! 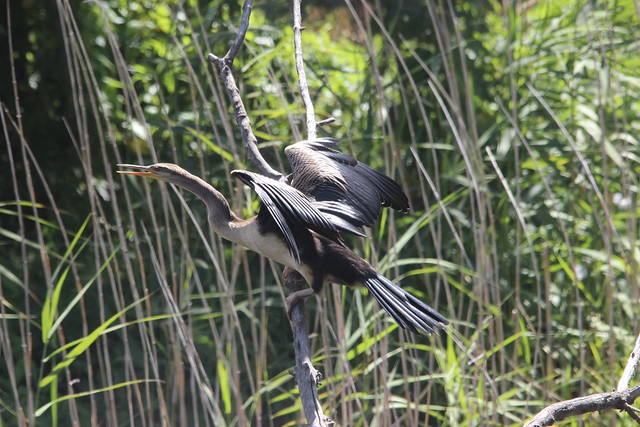 One of the first things it did when we saw it was do a poop. I didn’t get my camera out it time to capture it, but I did capture the aftermath. 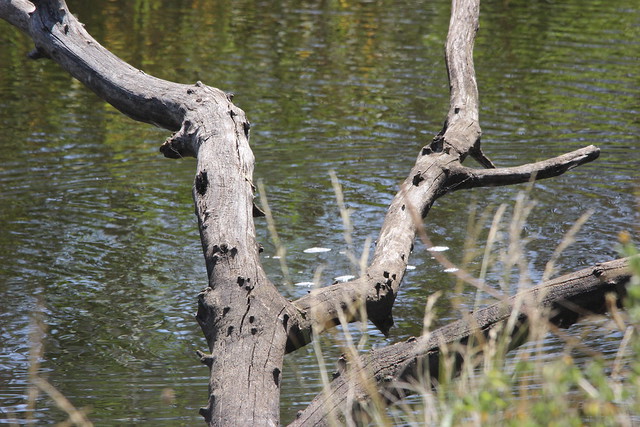 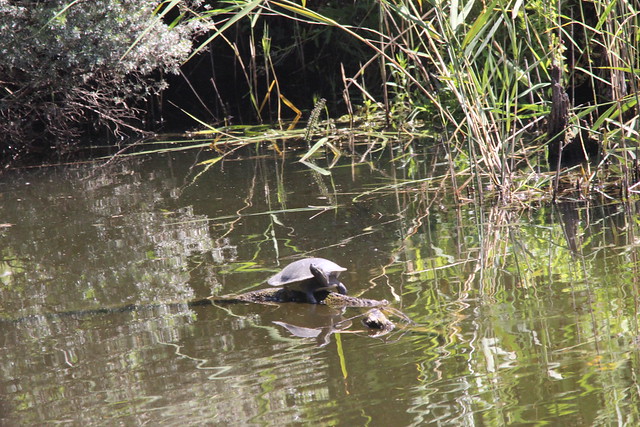 And we saw a turtle. Oh yeah.

Buckley Falls was a bit of a let down. Too many people. We didn’t find any skinks and someone was loudly annoyed by it.

Seth has enjoyed the adventures but I’ll be glad to return to birding without him. Sometimes he’s awesome but sometimes…. my gosh. It was fun having a good excuse to see more of the Barwon, though.