This trip took place on February 24

Yesterday, Sethy and I went for a short walk along the Barwon. We were meant to look for, well, everything but we were having so much luck with critters. It took over an hour just to walk 500m. 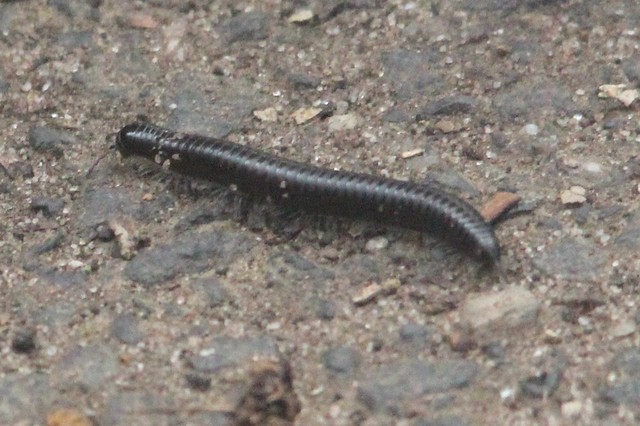 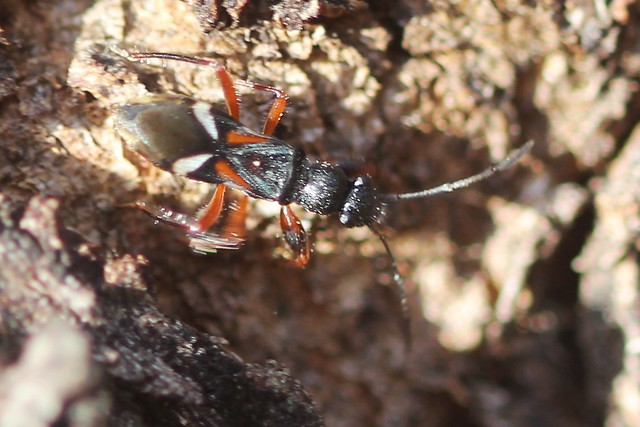 No idea what this is. Suspecting wasp, but do have a habit of misidentifying stuff. 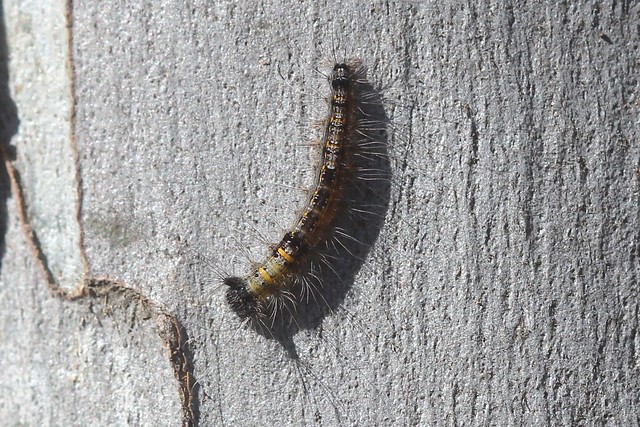 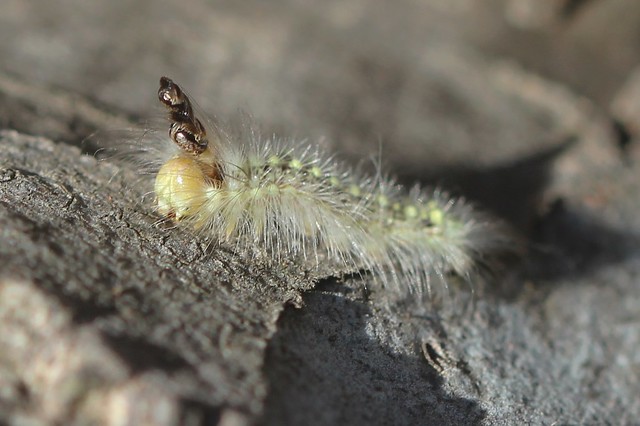 Two species of caterpillar. I do have a book on butterflies but have NO IDEA where to start with caterpillars, nor who to ask. I figure, just note what I can. Add them to the blog and Flickr album. At some point, I’ll have the resources to figure stuff out. In the interim? Focus on building my various websites that can serve others… and hopefully give me opportunities to get more books on animals! 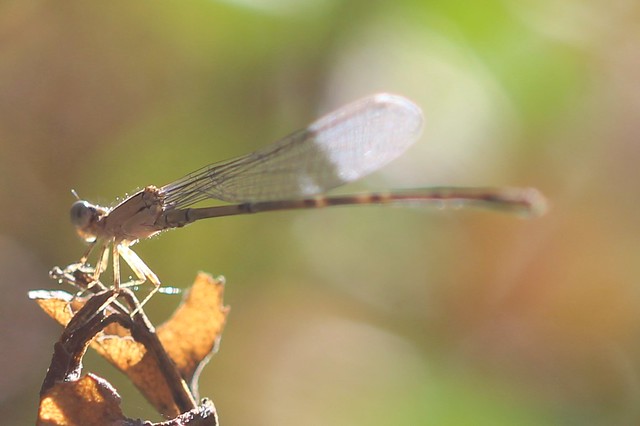 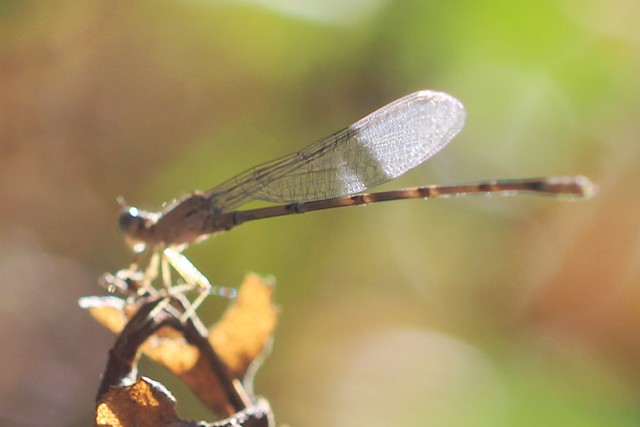 A dragonfly. I did find a book on dragonflies for 40-50$. I’m on $200 a week. Being a natural history nerd on income support sucks – although the looking-for-bugs part is even more calming then birding 🙂 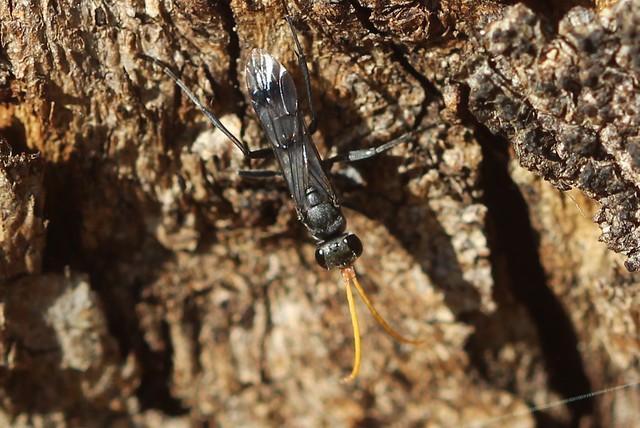 Is this similar to the bug I’ve photographed further up the post? 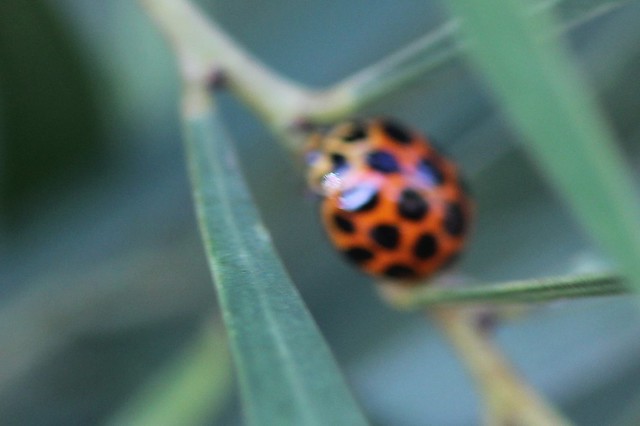 This lady bug seemed to have more spots then others I’ve seen. 🙂 I need to get a book on ladybugs. I don’t believe any are in print – but apparently there are 200+ species? 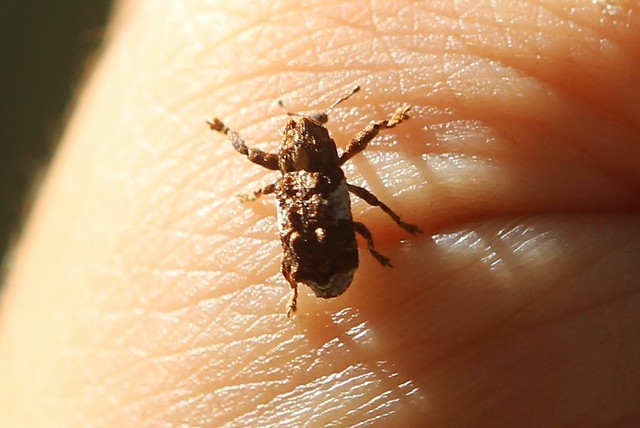 I don’t even know where to start with this but it looked so cool! 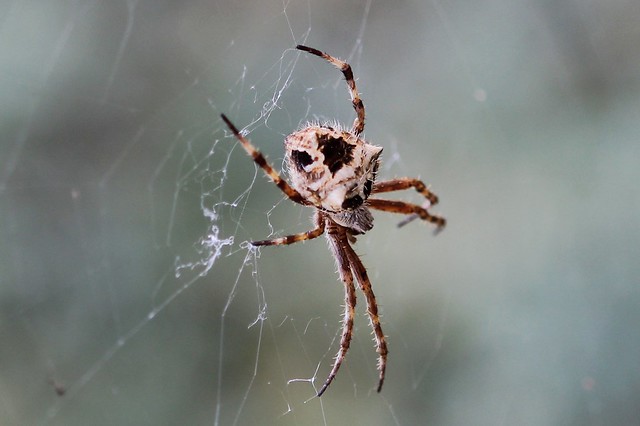 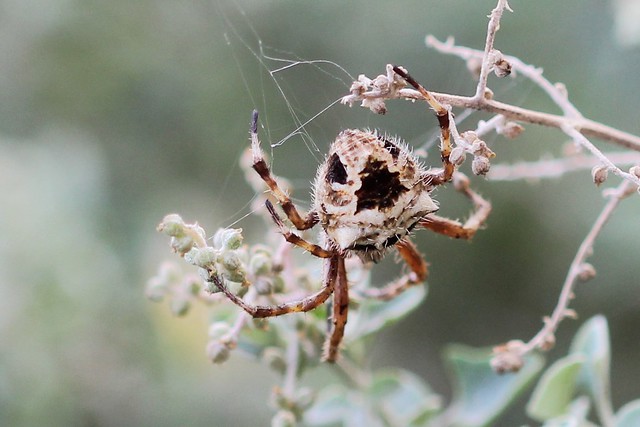 This spider surprised me so much that I screamed – it was so close to the path and entirely unexpected. It was one of those moments where I thanked Seth profusely. If he hadn’t wanted to go a certain way, I wouldn’t have seen it. No idea what species, nor if there are any particular areas I should focus on what photographing it. Was fascinating though. 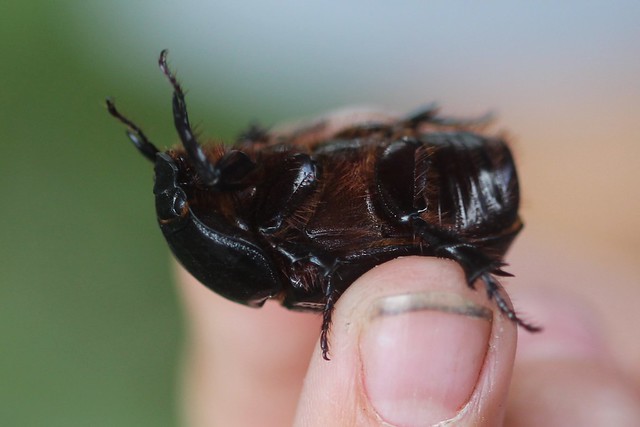 A beetle in the car park just before Princes Bridge. Was making a clicking sound. I really love how this photo turned out, although I do discourage Seth from picking up bugs.

Never really knew you could find so many bugs along the Barwon! Seems like yet another reason to return there more often 🙂