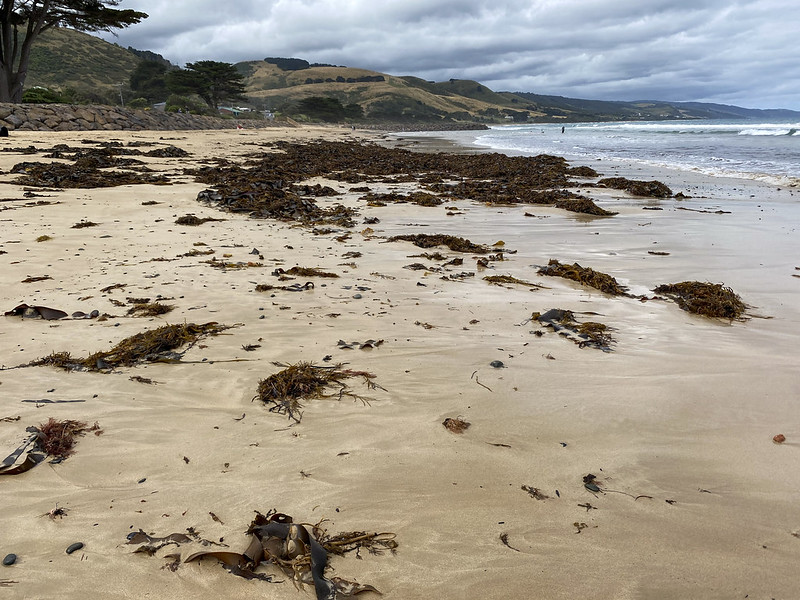 I was checking out the new groynes along the main beach of Apollo Bay. I was partway between the third and second one when I noticed that a lot of seaweed had washed up.

Awesome! I love beachcombing, and the seaweed didn’t even smell.

I only spent about twenty minutes exploring this section, as I had planned to return with family. Unfortunately, most of the seaweed had washed away when we returned.

The highlight? Part of a set of false teeth that I found among the seaweed 🙂

END_OF_DOCUMENT_TOKEN_TO_BE_REPLACED 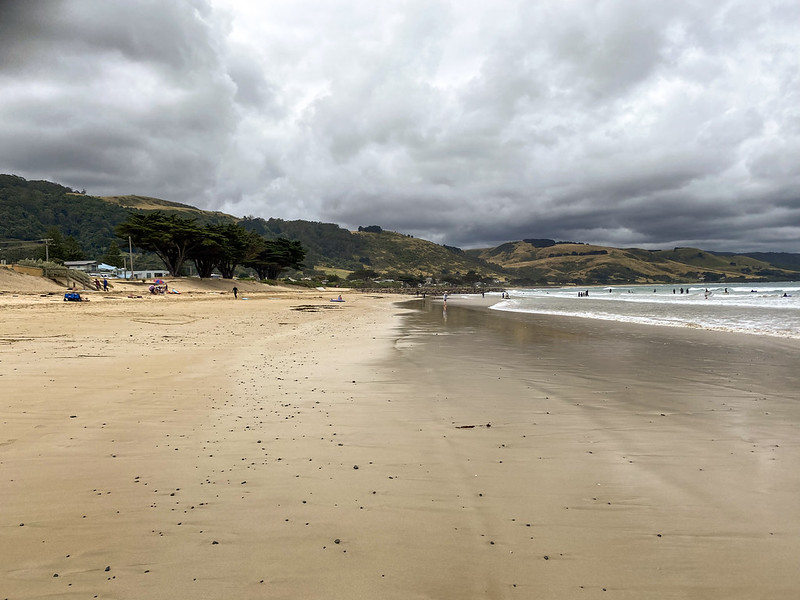 Erosion has been a huge problem along the beaches close to Apollo Bay in recent years. We got photos along the main beach in 2019. They had blocked access to a coastal walking trail because the path was starting to erode. The erosion was also pretty bad between Apollo Bay and Marengo.

The council would do sand restoration/re-nourishment, but that never lasted for long. Any sand would be washed away on the next large tide or storm. It was incredibly frustrating to see; they were disrupting local ecosystems for a temporary solution. It felt like the council were delaying making a long term, sustainable decision. I was getting incredibly angry and I’m from Geelong!

In 2021, stage two of the Apollo Bay Foreshore Protection Project was completed. This meant that there were three new groynes and 650 meters of rock revetment.

I gotta admit, I’m impressed! The area felt a lot safer and it felt like someone finally gave a day. My aunt did tell me that, as a result, less people were swimming along this stretch of beach. Instead, many had moved to the beach next to the Marengo rockpools. I wasn’t there long enough to make proper observations.

END_OF_DOCUMENT_TOKEN_TO_BE_REPLACED 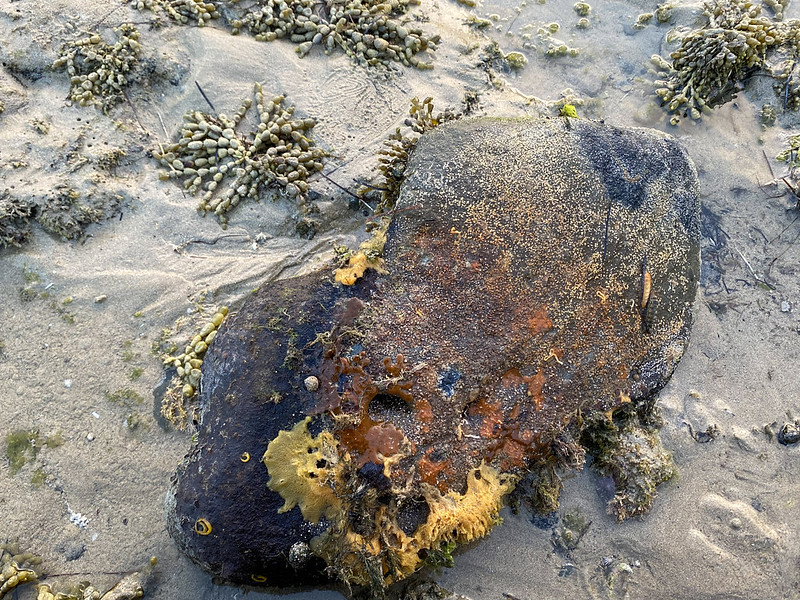 In 2020, mum found a number of interesting ascidians at Apollo Bay harbour. She discovered both the orange and purple variant of Botryllus Schlosseri. She found a possible Botrylloides Violaceus. She even discovered an unusual colony that was difficult to identify. A field naturalist group later visited to collect samples.

We’ve continued looking for these ascidians on subsequent visits. Covid-19 restrictions meant that we couldn’t visit Apollo Bay as often as we would have liked, so couldn’t keep an eye on this colony.

I had given up on finding any ascidian species this visit – until Seth called me over. He had found a colony under a couple of rocks that were close to each other. I didn’t think we would have much luck, as the harbor looked different this visit.

END_OF_DOCUMENT_TOKEN_TO_BE_REPLACED 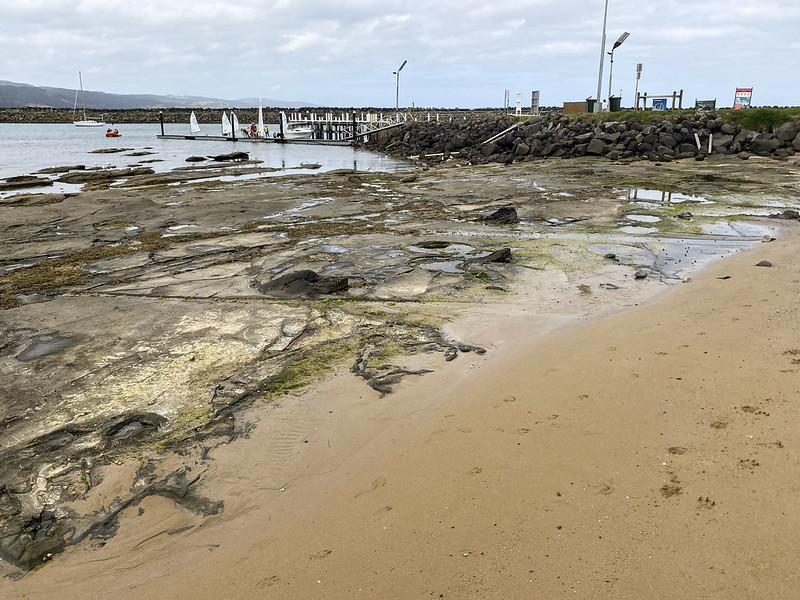 It was our first day in Apollo Bay. Naturally, we had to check out the harbour. We like comparing it to previous visits and observing how the rockpools are coping with the seemingly constant changes.

We were disappointed with the lack of marine life. Seth was able to find a chiton, some elephant snails and a beautiful argonaut shell, but it was otherwise pretty empty. We suspect that part of this is due to the nearby erosion and sand restoration works.

We will be keeping an eye on the area, but will be likely prioritizing other beaches on future trips 🙂

END_OF_DOCUMENT_TOKEN_TO_BE_REPLACED 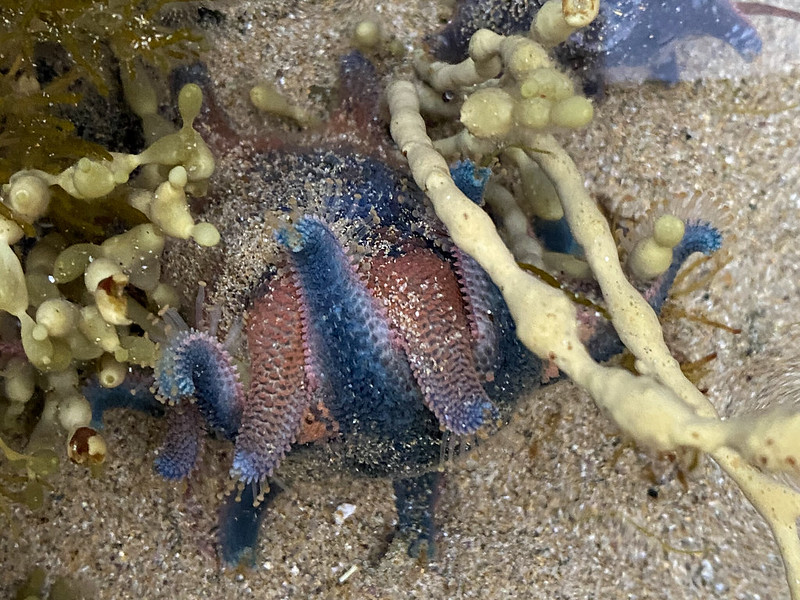 I recently saw these seastars at Marengo. I thought they were mating, and assumed I’d see this behaviour again. I took some photos and moved on to see what else I could find.