You all know how much I’ve been watching the little black cormorant nests. I’ve gotten average views of the nests that hatched first, but no good ones of the really good nest. Heck, I was here on Monday last week and the adults were still shielding the young in the front nest.

I went back down on Wednesday, before picking up my nephew from school. It was great. You could clearly see the chicks head as they all tried to peak out from under the wing. The adult shifted around a bit so I got views from multiple angles.

It was such an honour. I know I rave on about these guys so much. I’ve been waiting so patiently and I know this is the culmination of an entire season of observing. I’ve developed an affection for these guys, something I never really had before. 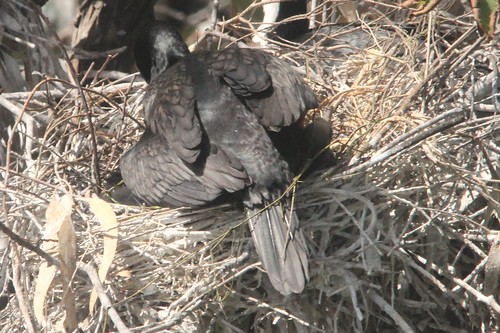 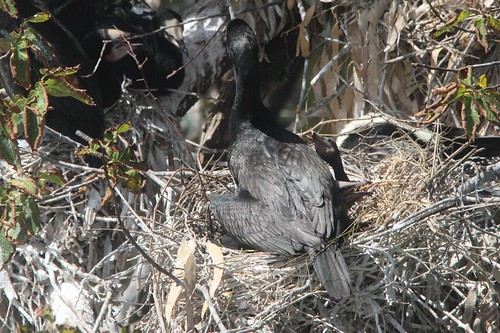 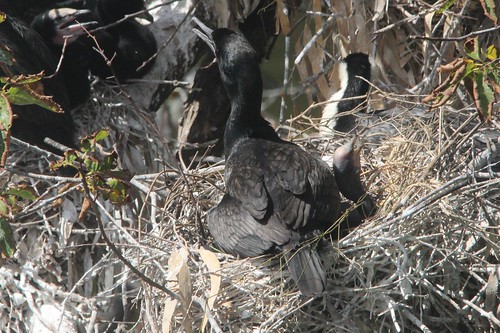 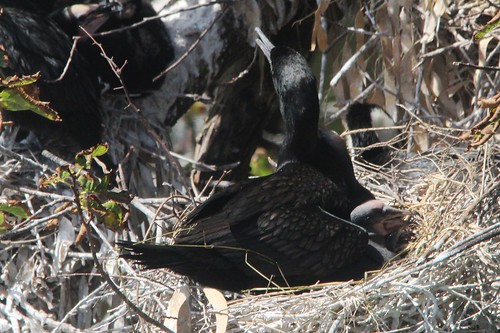 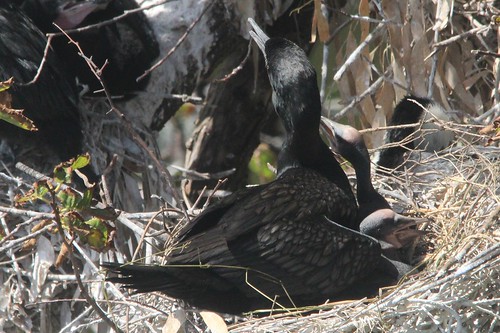 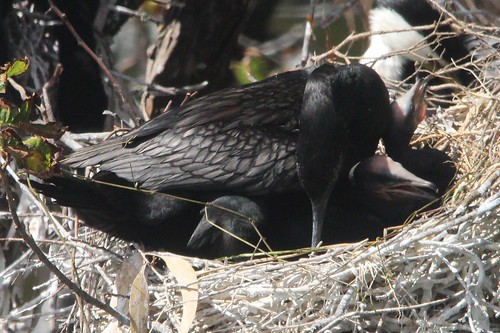 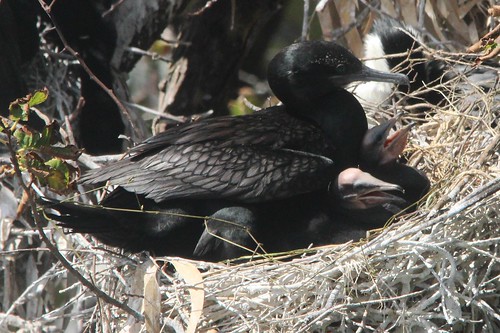 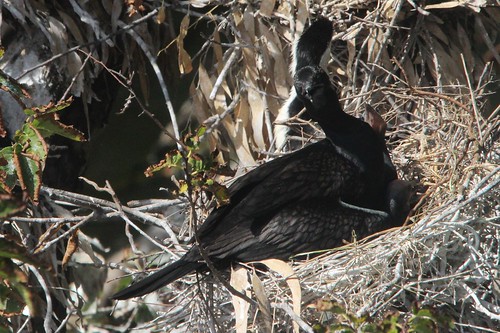