Those that know me know that I’ve been after the elusive bird poop shots. They’ve heard be ranting about the near misses. They’ve nodded in support when I’ve actually gotten one. They’ve feigned interested at the appropriate moments.

At Balyang last week, I was fortunate enough to get THREE shite shots in one morning. This has been unprecedented. I’ve been trying to get all three of these birds for a while. I can watch the cormorants for 30 minutes without much luck. If they do go, they’d go when I was itching my face.

The  following shots are weird. I also think they are hilarious. Glenn has commented that they almost look fake.

Nah. I got pooped on twice by little birdies trying to get these, so they are definitely real. 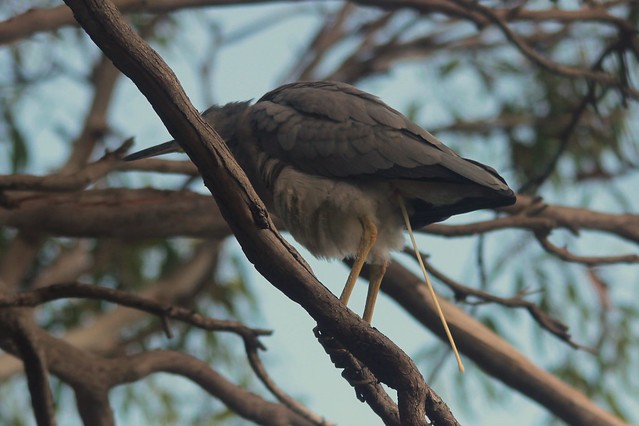 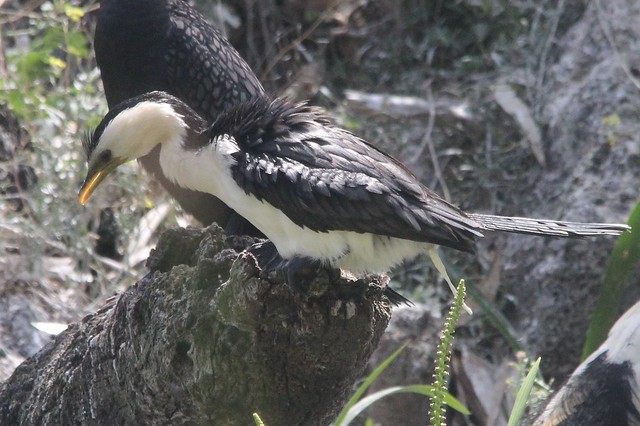 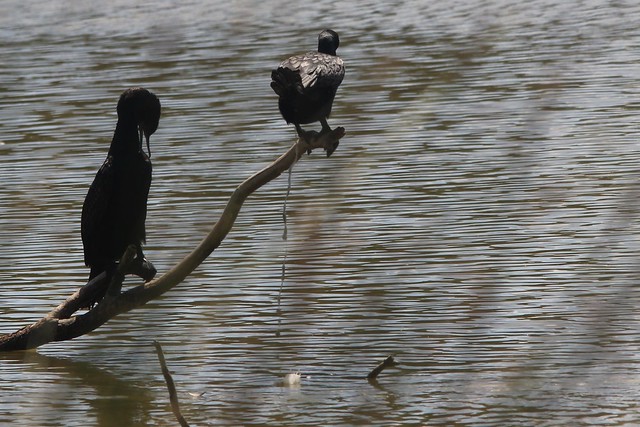 I noticed that the corellas had left a hollow that they had been in for some time, and that a sulpher crested cockatoo had moved in. I didn’t know whether this was normal and hoped all was okay.

Sethy and I were at Balyang when I saw this. Alas, we were too busy looking for bugs and they weren’t there the next day.

I’ve also seen little corellas in the area. Regardless of species, that sulpher crested cockatoo doesn’t like any of them getting to close to its hollow. It was frequently scaring birds off. 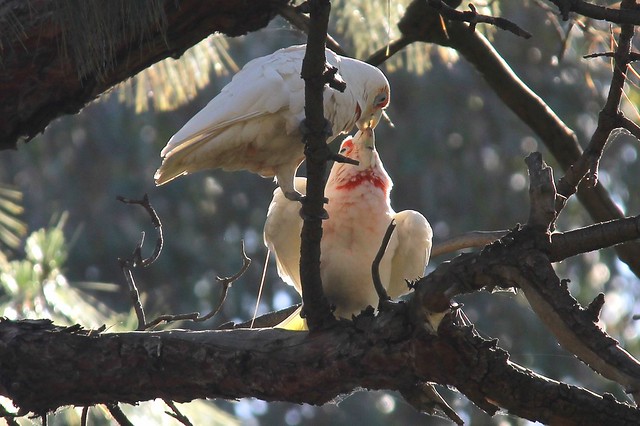 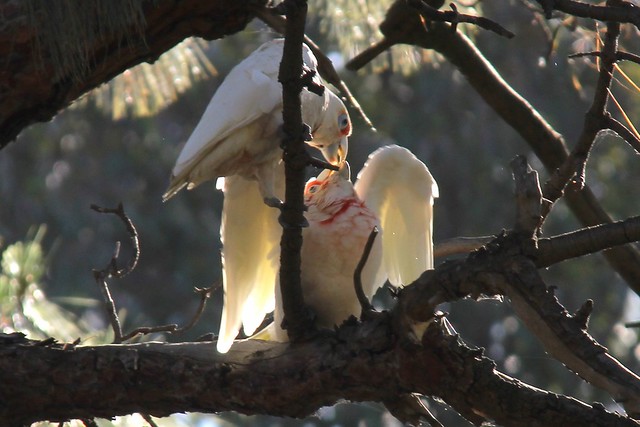 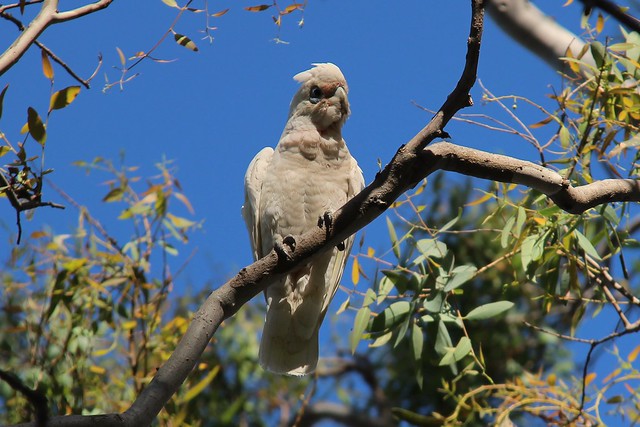 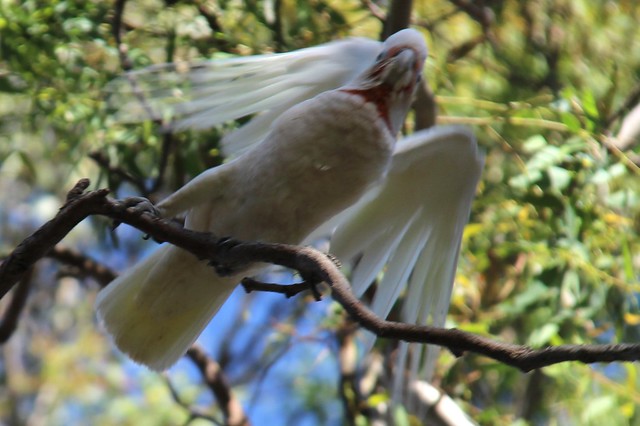 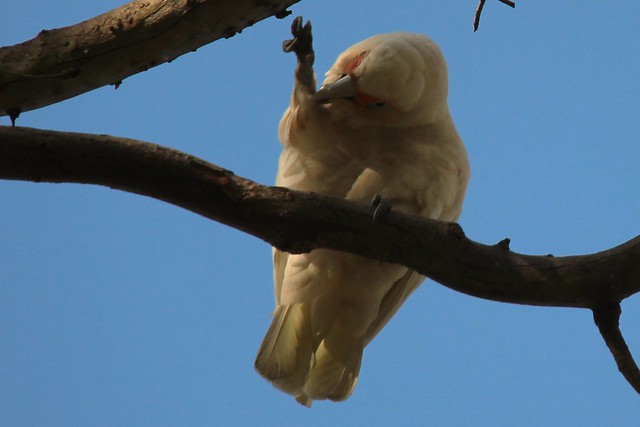 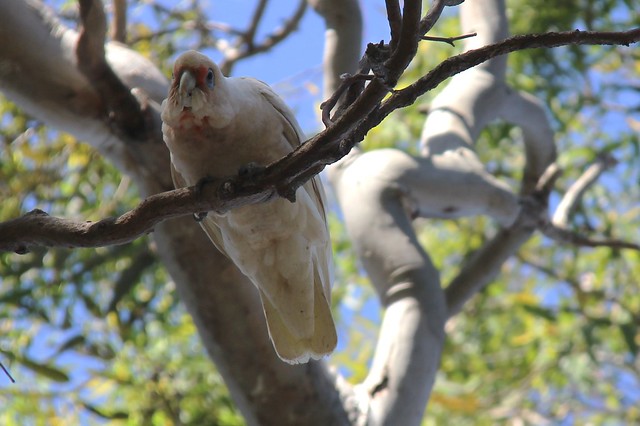 Again, lots of smaller birds flittering about. Got this white plumed honeyeater with breakfast. 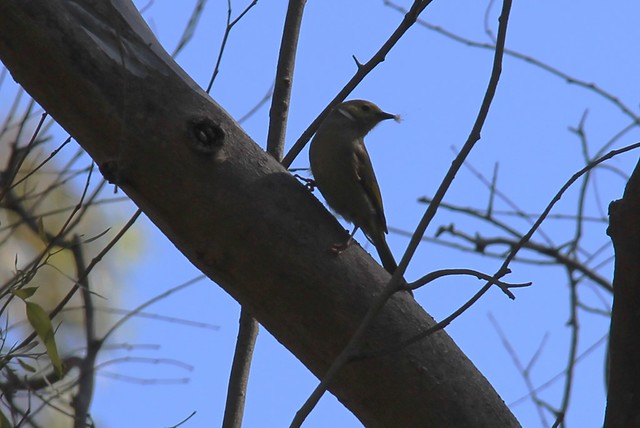 Below is probably the lovely lorikeet that defecated on me. Oh well. Shit happens. 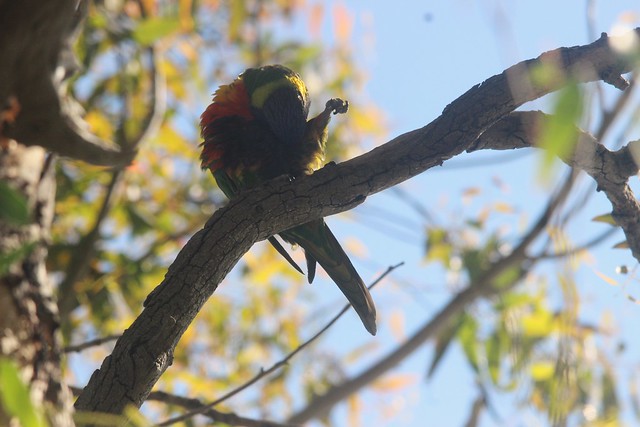 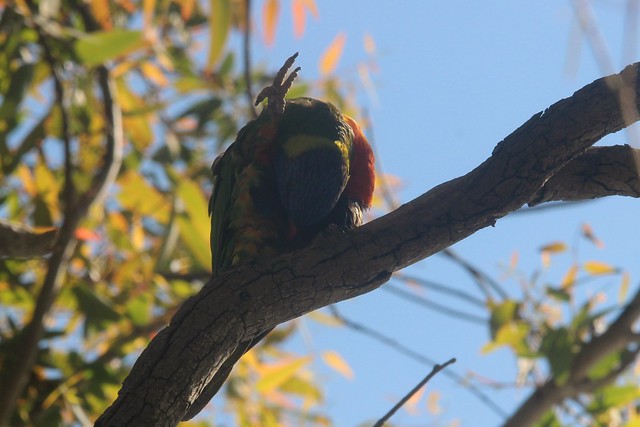 I was also fortunate the get photos of the juvenile white faced heron. They loved hanging around the mating tree for a while but I am noticing them venturing further away. 🙂 They’ve done a good job staying safe. 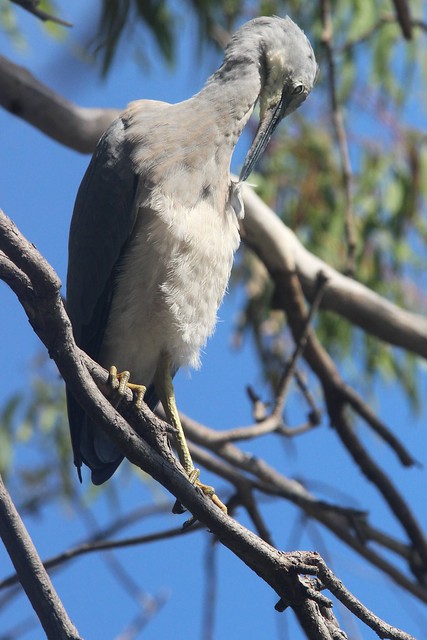 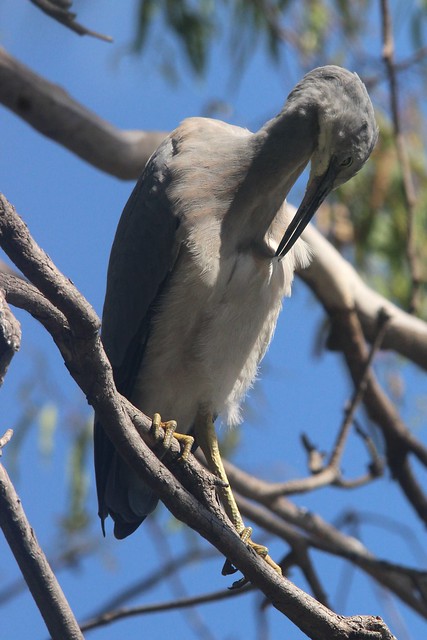 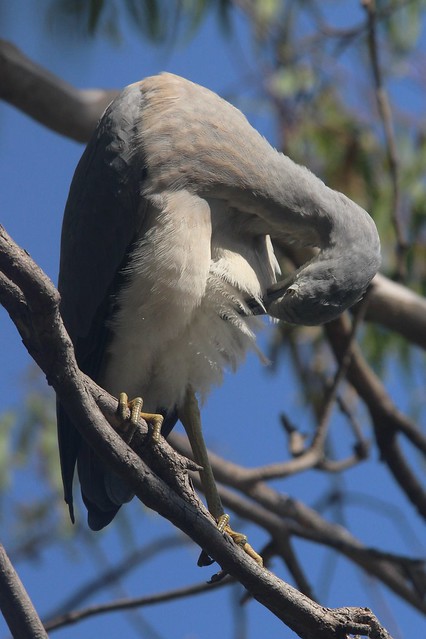 I was looking at the cockatoos in the mating tree when I noticed some weird behaviour. It looked one of them was feeding the other. I watched for a little while longer… and saw a third head pop out! I’m guessing it must be fledging season for cacatuas. Good on them 🙂 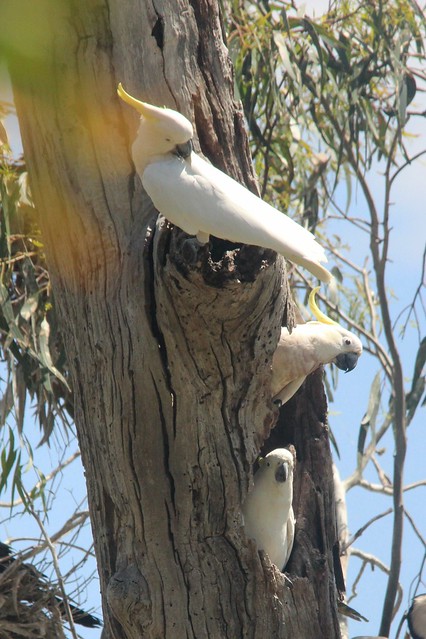 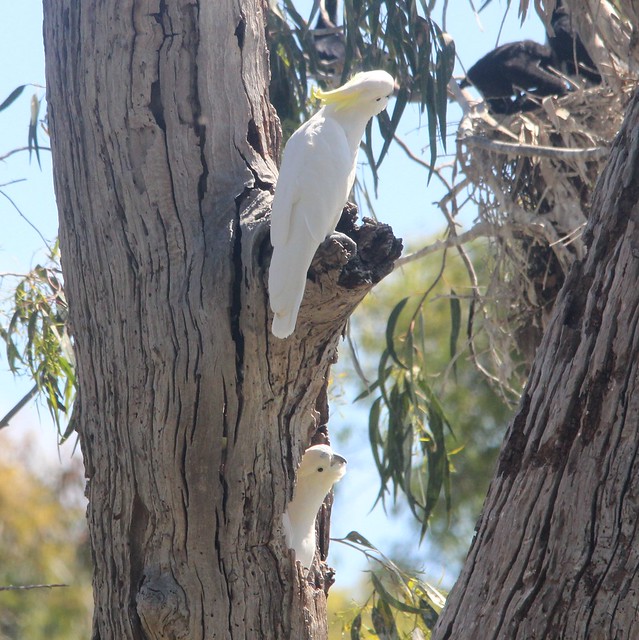 Whew! So many updates from just the Barwon River area recently. Who knew that there could be so much activity in such a small space? I missed out on so much during the years I lived near there.