Recently I shared the story of the adult cormorants encouraging the young to explore the world out of their nest. Well, it turns out not all of the birds get the regurgitated fish.

I was watching the scene as usual when I noticed a lot of sudden movement. I looked, expecting to see an adult feeding. Instead, I saw a young cormorant hanging onto the small branches by its teeth and neck and struggling to get back up. I couldn’t do anything, as I was across the water, and I try not to intervene with nature anyway. It looked about the same age as others that have recently fledged.

It struggled and tried to use its feet to get a better grip. It fell to the next lot of branches. It tried again. Occasionally, it looked like it wasn’t moving and I wondered if it had hurt itself. It tried its hardest but eventually fell to the bushes below, joining at least 4 other cormorants.

It was at this point that I realized that the others may not have moved down there while exploring – they may also have fallen. I will be posting more about the fledglings over the coming days and exploring Balyang this weekend. 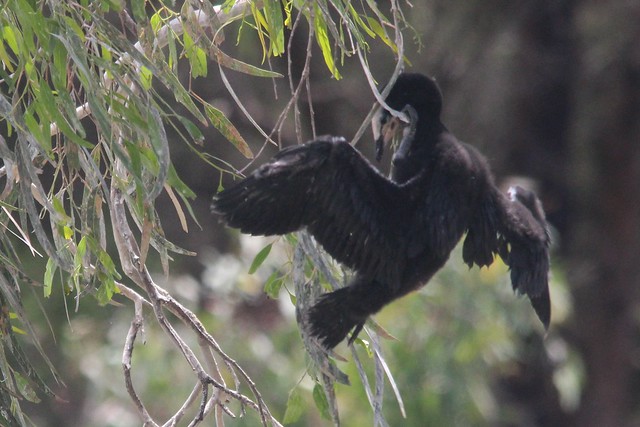 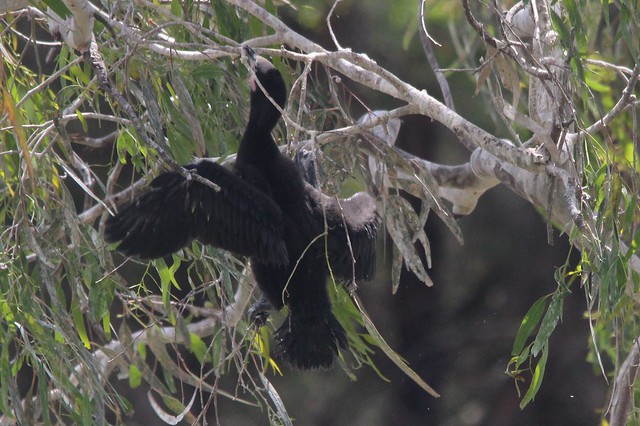 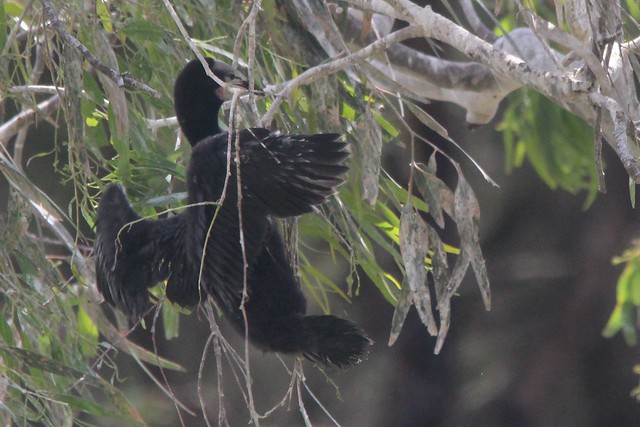 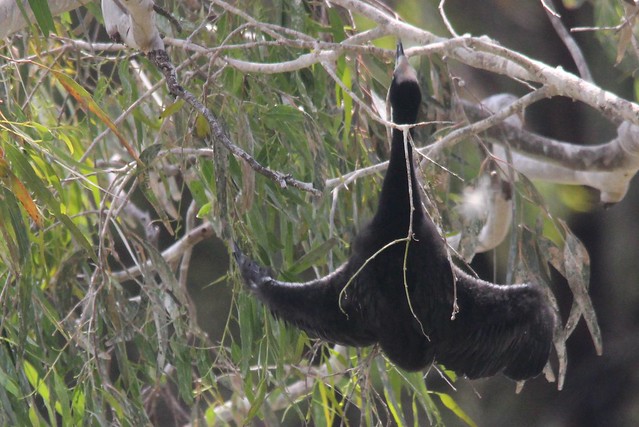 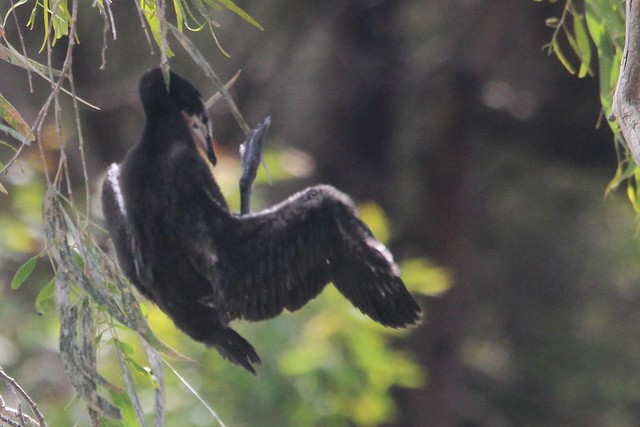 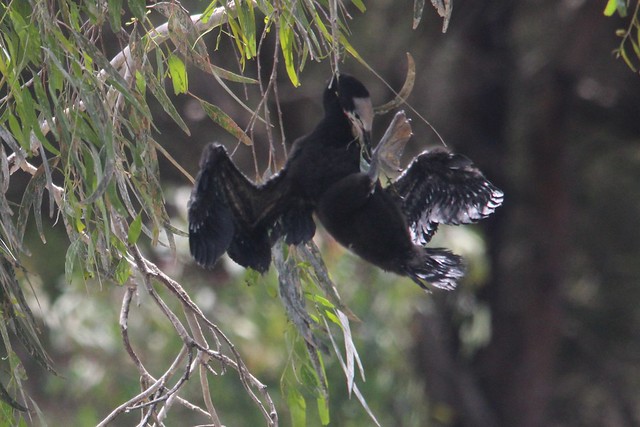 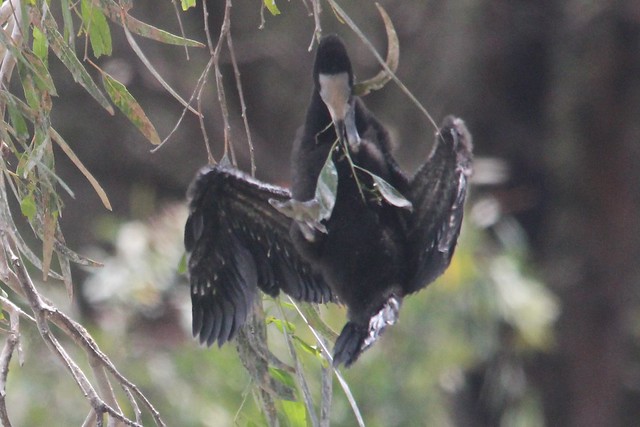 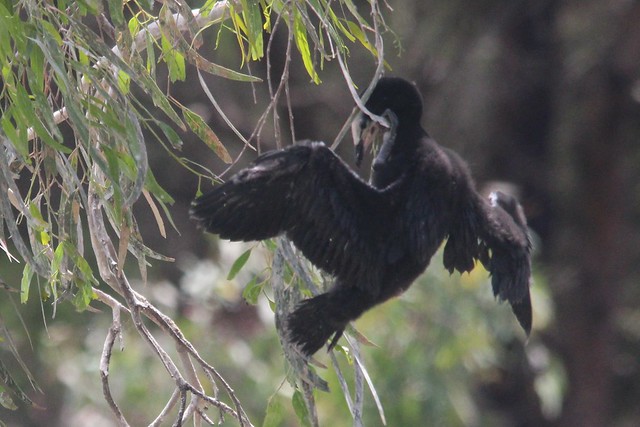 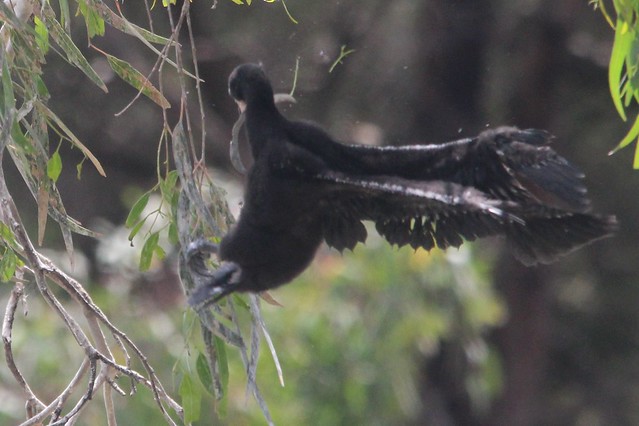