I’ve been watching these little guys for weeks. I’ve sat and watched as they fed, pooped and not much else. It has been pretty fascinating watching them develop.

Last week, I went down there and saw this guy in the bushes below the mating tree. I don’t know whether he was ready to fledge, or whether he fell by accident. Regardless, it’s starting! 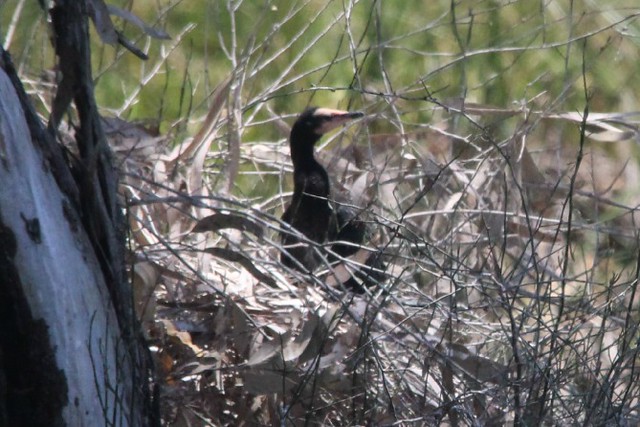 I’m noticing that several of them are actually starting to step away from the nest. Awesome for me, as it means I can get a close look at their bodies. Look at how the white is starting to form on their chest. The faces are still very much juvenile but the wings are also certainly developing. 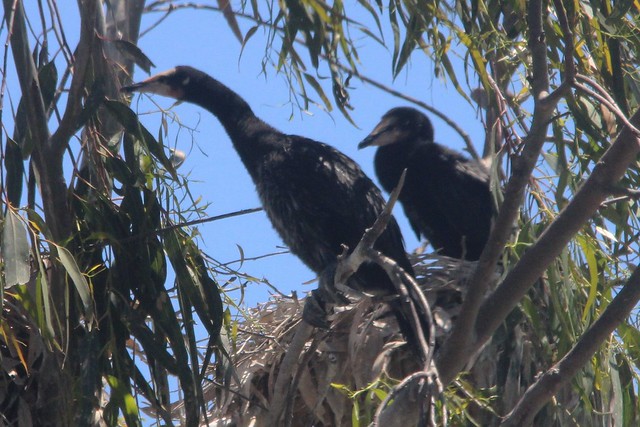 I quite like the below photo as it shows the detail of the tail feathers. 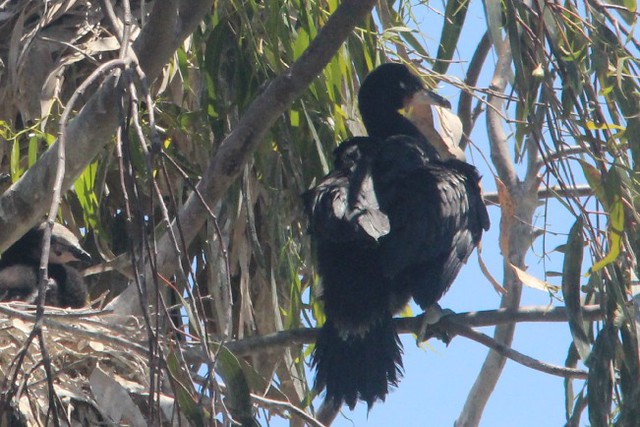 This shot shows most of the feathers in much better detail. I don’t know whether they’ll undergo more plumage changes, I’d assume so since they still have a fair bit of down on them. Love it. 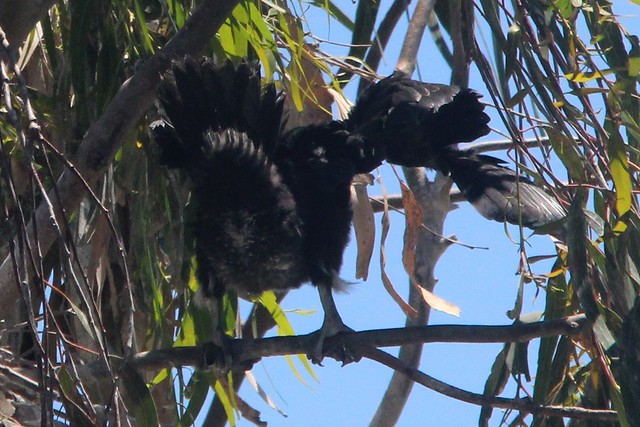 Over at Princes Bridge, you can see similar developments. They aren’t quite ready to leave the nest but are developing a lot of wing feathers. 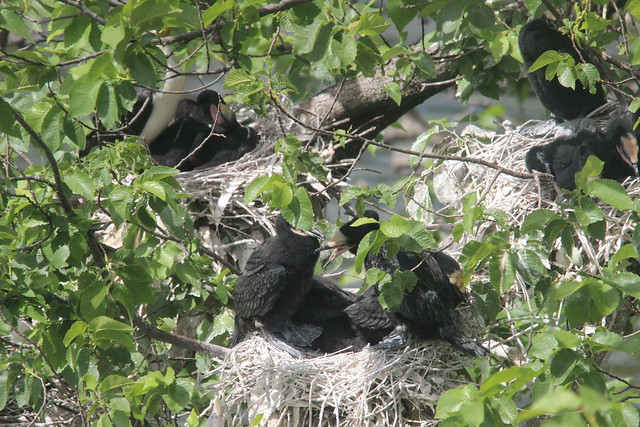 In the below photo, you can see the feathers in a lot more detail. You can see how various ones overlap. 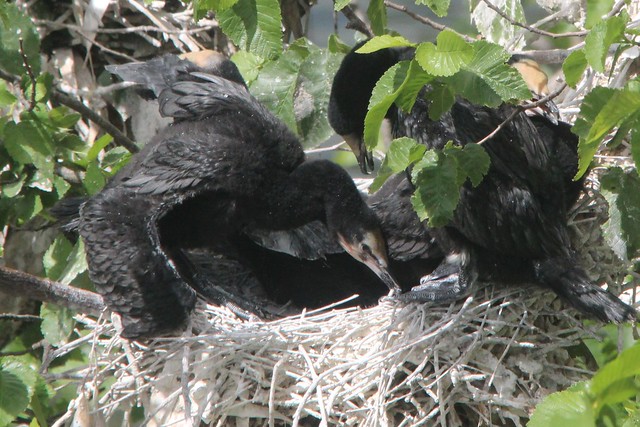 The below image looks almost comic. If you played music, you’d expect them to all bop at the same time. These guys have been a lot easier to see then the ones at Balyang. I love how their cheeks look a little bit too big for their body. 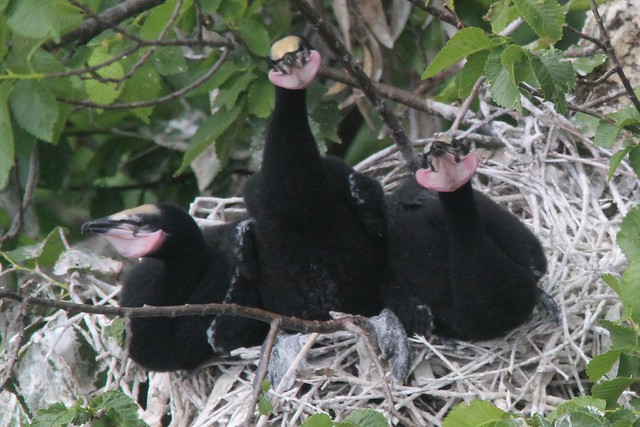 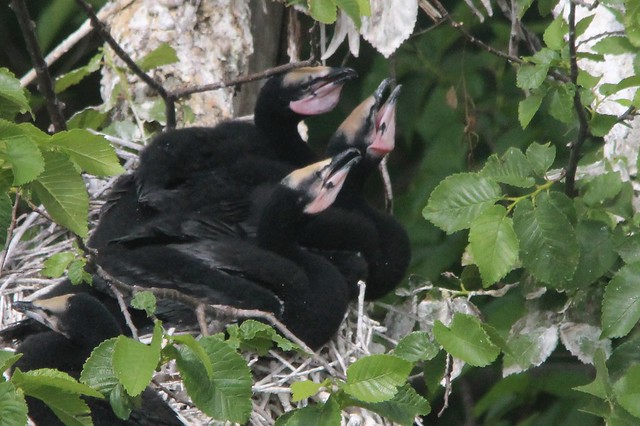 I took the below photo to show the detail in an outstretched wing. The feathers aren’t as developed as the others – I think this one still has pin feathers? 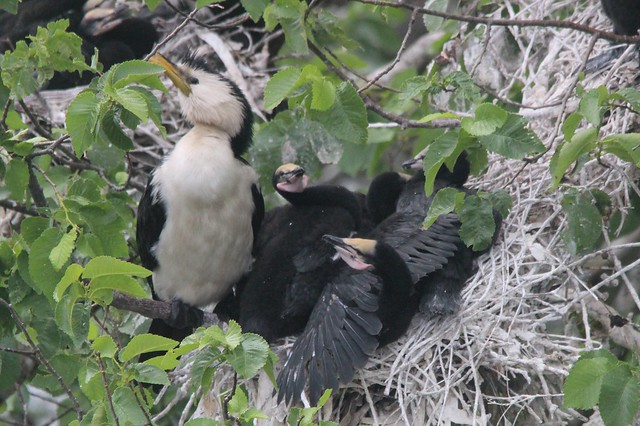 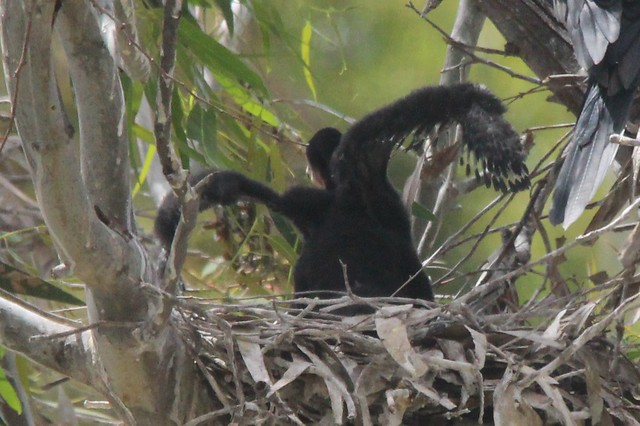 Contrast it to the above bird, which definitely DOES have its pin feathers. I took these photos from 5-6 metres away, across the water. 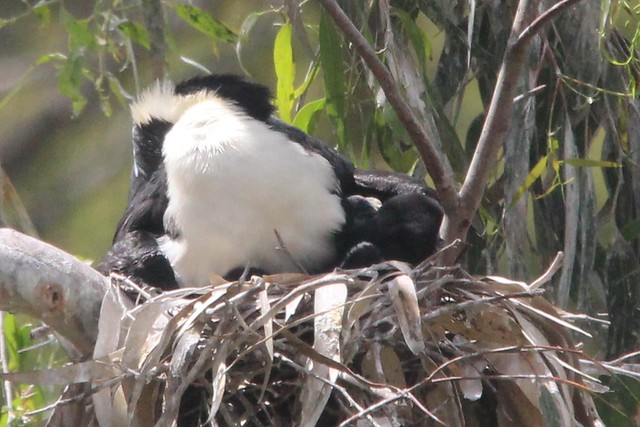 Showing how the cormorants put their wings over the chicks to protect them from the elements. Apparently darters do this too. 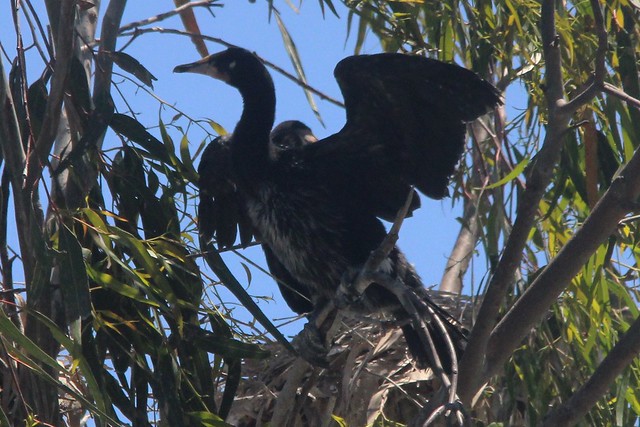 Another photo showing the white belly feathers. I suspect this guy may have left the nest by the time I visit again!