On Tuesday, Glenn and I went to Belmont Common. The birding component was a bit of an afterthought. I just wanted to go to Belmont because it’s the only place in Geelong that stocks Birdlife Magazine.

(I need to find a way to get back issues! Especially last months, as it had a section on how to identify thornbills. Pesky little confusing birds.)

We decided to go to the bird hide. I’ve been using bird photography as a way to teach Glenn other useful photography lessons, such as patience. I wasn’t sure that he would enjoy it this time but we were in luck! 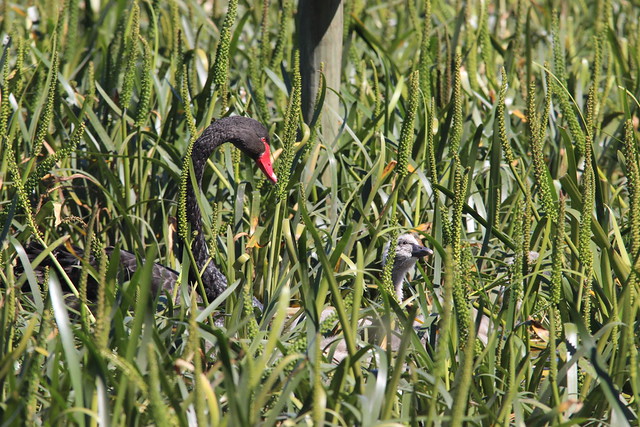 I could see two adult swans. I remember last year we saw cygnets and was hopeful that we’d see them again.

Glenn looked through the lens. I could barely see anything as I didn’t have a telephoto zoom, so I was just chilling out and drinking water. “There they are!”

They were obscured by reeds. Glenn thought that if he waited long enough, they would swim into the clearing close to the hide. We waited a good 20 minutes and were rewarded with fantastic views.

We got some really great shots 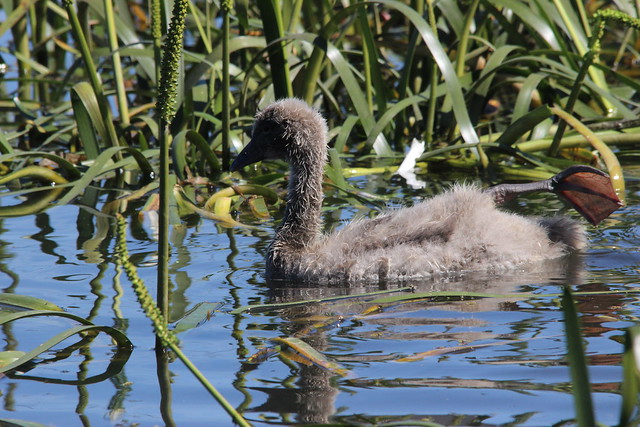 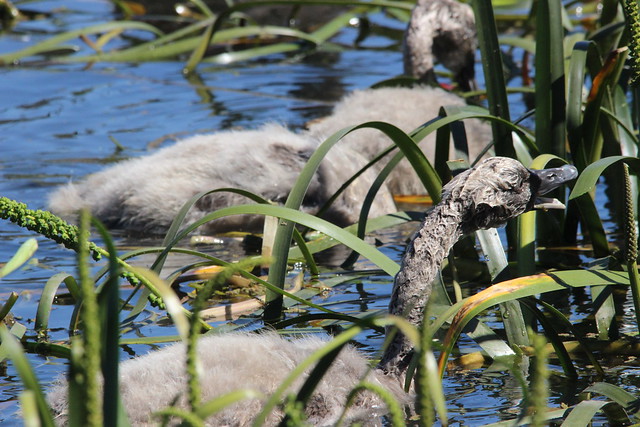 Eating stuff. Or attempting too. 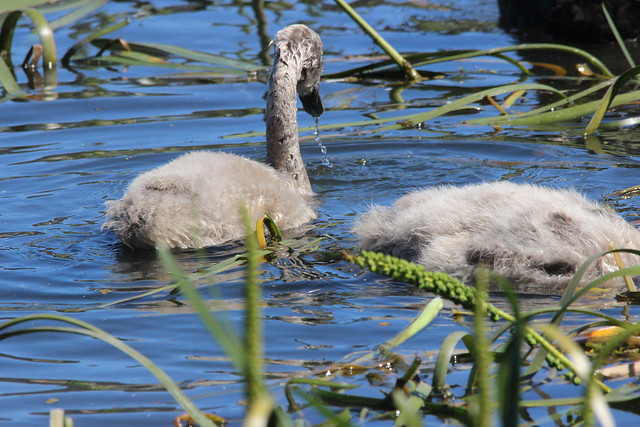 Water dripping from their beaks. 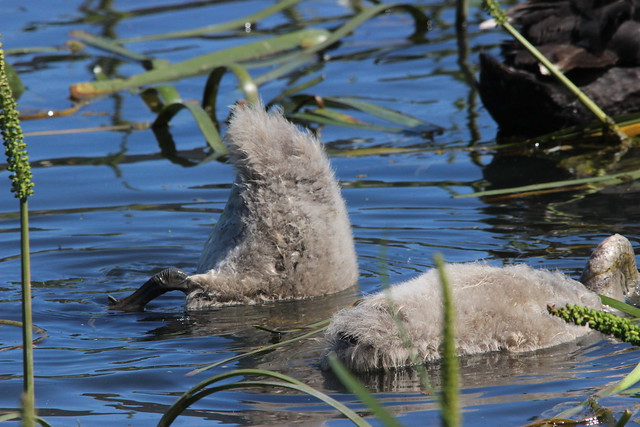 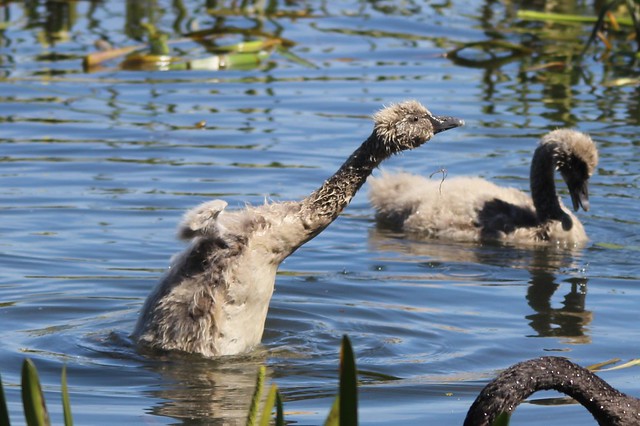 It was a great shoot. And, it shows how much Glenn has progressed in the past year. Last year, he was so impatient that he scared them off. This year, he was rewarded with so many great shots that it was hard to choose what to share. You can see more in this album on Flickr. Scroll down to the bottom to see the recent ones (I don’t have the date set in the camera)

I was really, really impressed with Glenns patience and the photos we get. Some were out of focus but overall, it was incredibly productive.

There were 6 cygnets all up, compared to five from last year. I don’t know if this is the same family.

I didn’t see any stilts or snipes. There weren’t any spoonbills or herons. I can’t blame him for being bored that first time we visited. There were a number of ducks and swamphens. Pretty sure I photographed a grebe. Glenn got a nice photo of an ibis (not worth sharing, as ibis are meh.) We saw a butcherbird towards the end of the visit.

But wait. There’s a snake!

Glenn saw this in a drain by the side of a path. First time I’ve seen a snake there and I’ve gone there on some really hot days. I’ll still visit, just be cautious. It was really exciting seeing a snake so close to suburbia. It’s about 700 metres from my former house. Although there have been snake signs at Balyang. I think the excitement will wear off after a couple of sightings. 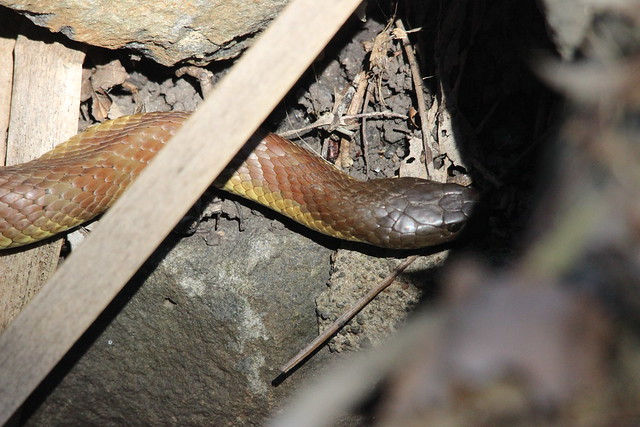 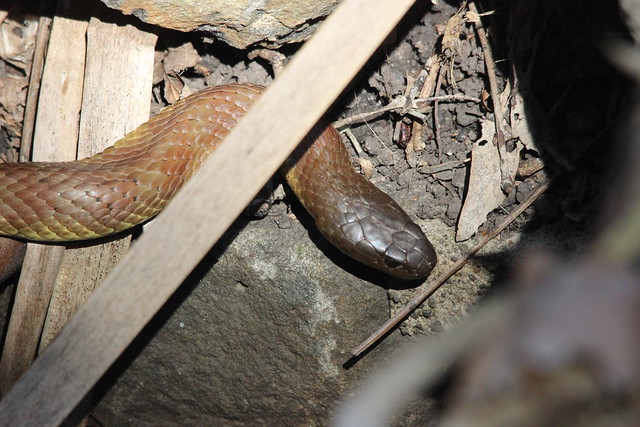