I haven’t been along the Barwon River in weeks. I felt like I’d accomplished enough with observing the breeding season of the two species and was just watching for little black cormorant chicks to hatch.

I went down there on the weekend and noticed that there were two little black cormorant nests – but they had no eggs! There was another nest, that was hidden. I saw an adult do a courtship display there about three weeks ago. This is good, if not selfish, news. It means I don’t have to rush back there for a short while to monitor the new batch of chicks growing up. It sounds silly, but it is a tiring project.

It’s a 6-8 week commitment watching multiple nests. On the subject of nests, there seems to be less nests at Balyang. Most of the chicks have fledged and have found new areas to hang out, away from the nests. There aren’t many young families along the Princes Bridge area, although nesting activity is definitely picking up. Birds are nesting so close together now that they are getting pooped on! I’ll share those photos later.

I had noticed a darter family across the river and sat, waiting for the parent to come home. I got some good photos of the parent feeding a chick. I then noticed that chick sharing the meal with one of its siblings. It may have shared with others but it was hard to follow.

How awesome! I had never seen this behaviour before, and I’ve been watching various species very closely this past season. I am curious as to the logistics. Does this means the chicks never swallowed the original meal?

I also noticed there were four chicks at the nest. They are fast running out of room, and I fear that one will accidentally fall out fairly soon.

Regardless, fascinating behaviour to see. 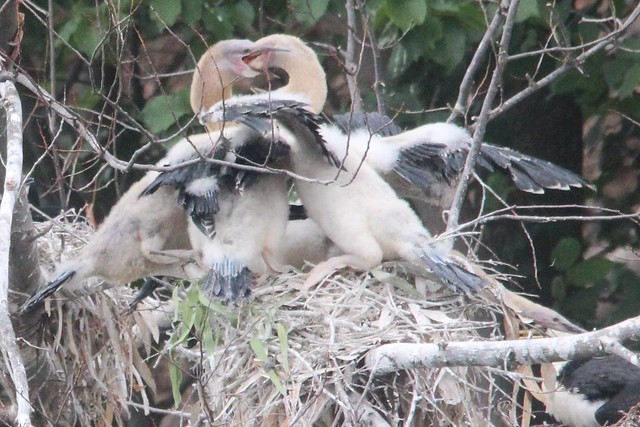 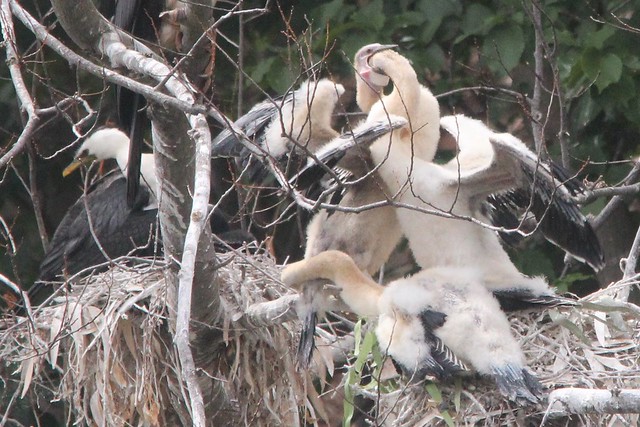 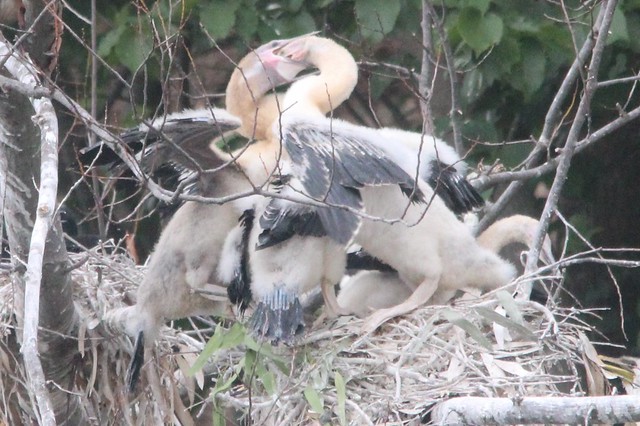 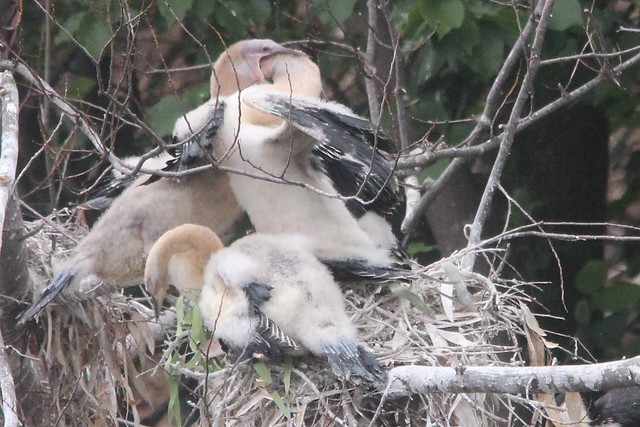 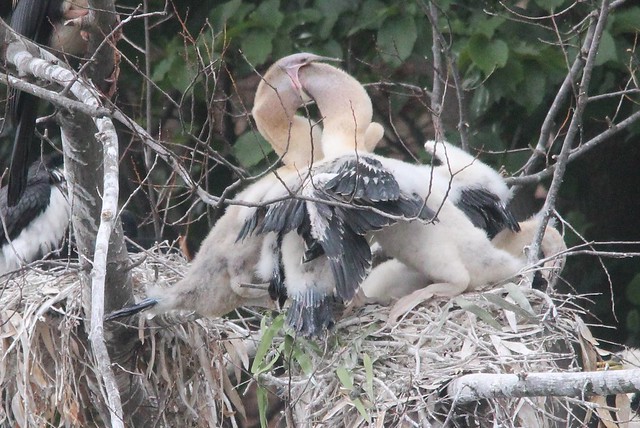 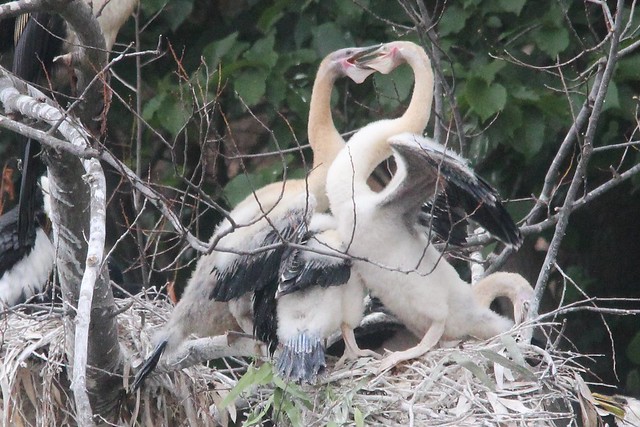 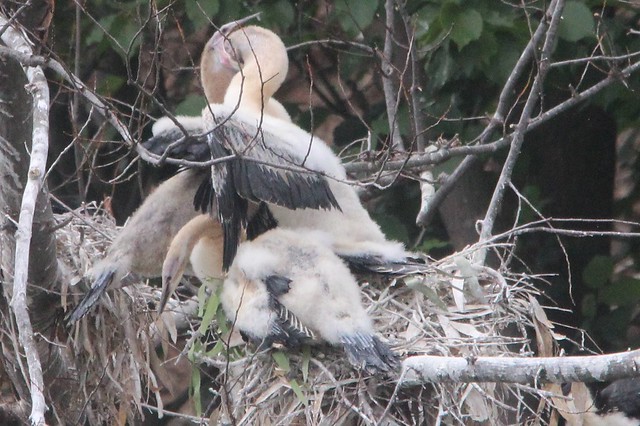