Today marks the end of the first week of the school holidays. Other then the moth night, Sethy and I hadn’t gone on any adventures. We’d gone to the botanical gardens briefly on the Monday but I was feeling too sick to properly explore.

We decided to hit the storage pond to hunt for the pesky Ballions Crake, meander through the botanical gardens and end at Eastern Beach. Firstly: 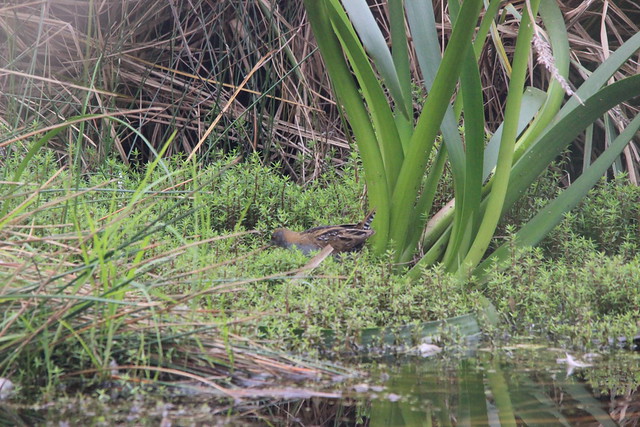 We found the crake! We only saw it for a couple of seconds and it was a lot smaller then we expected. Sometimes Seth will say he’s seen a bird when he really hasn’t. He pointed to the exact spot where I had seen it and said it went behind the green grass. He also said how small it was. The above photo is the only photo we were able to get but I’m so glad we finally got to find the little bugger.

Now just need to find the lewins rail and I’ll have knocked off a lot of the ones that have taunted me thus far. 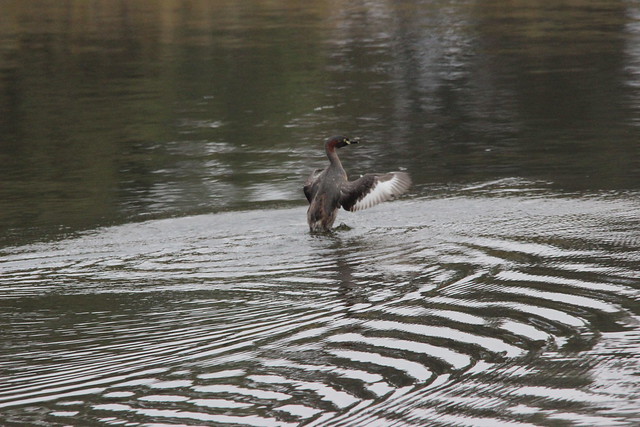 We saw just two grebes this time, and two pacific black ducks. I couldn’t tell if the grebe was from the previous or most recent clutch. We had a quick check again for the crake and, after dipping wandered over to the botanical gardens. 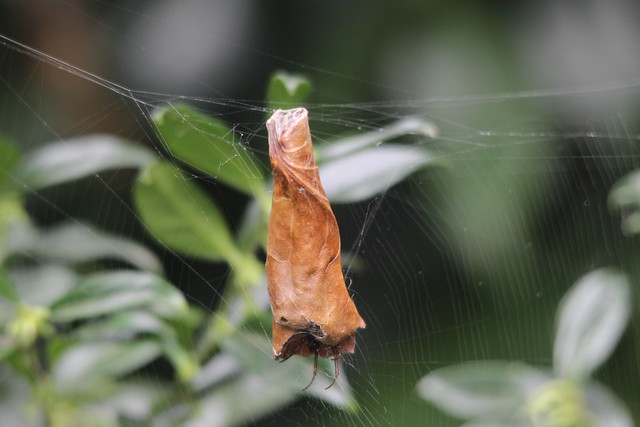 The main target at the gardens was the rufous fantail, eastern spinebill, pink robin and white browed scrubwren. Someone was a bit hyper and the gardens were pretty crowded. We did see a million bajillion leaf curling spiders, though – something I wouldn’t have known about if not for the local cadets group. 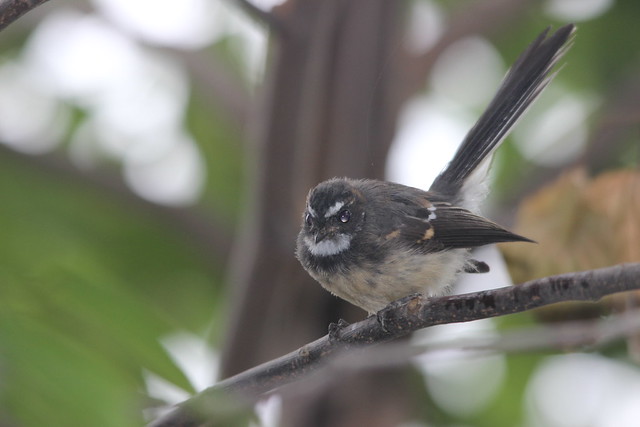 We did see this juvenile grey fantail, which I initially thought was a white browed scrubwren. It looked different. I’m quoting from Kevin Bartram in the bird ID page here, but “The buff tips on the wing coverts Is a characteristic of immature plumage, they are remnants of juvenile plumage.”

It was those tips on the wing that confused me – just little things, because I generally don’t pay attention to them in the field. I’m not a lazy birder but there is often so much going on that I have limited attention.

According to Graeme Chapman, there is a subspecies that migrates north from Tasmania in the winter. These often look darker then the other subspecies you find here. I never really knew that. Does the local subspecies migrate?

I’m not as confused anymore and more fascinated. We also saw a rufous fantail! I got good views of the colour and Seth saw the bird. Apparently this time of year is a great time to see them while they are migrating to their winter grounds. A mate says he doesn’t often see them so we were pretty lucky 🙂 I only went there because I had seen reports of them on ebird, I didn’t know they were that elusive. It’s fascinating how much you learn. 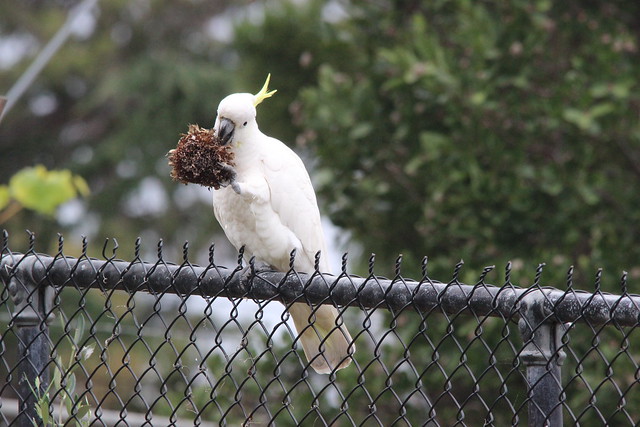 We went near the back where we spotted this sulpher crested cockatoo enjoying a sunflower head. 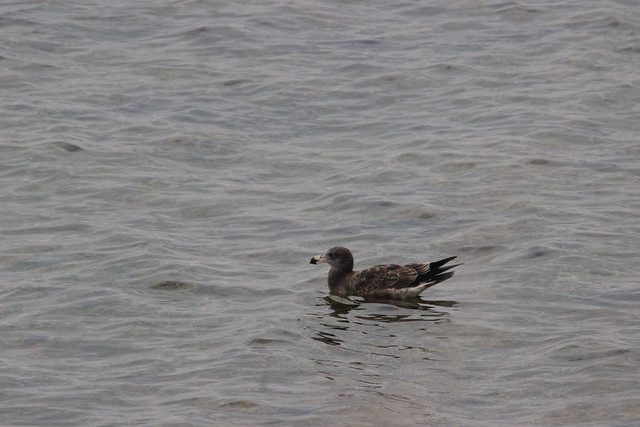 We then mosied over to Limeburners point, hoping to find a couple of pacific gulls. We were very lucky, Seth got good views of this Juvenile. 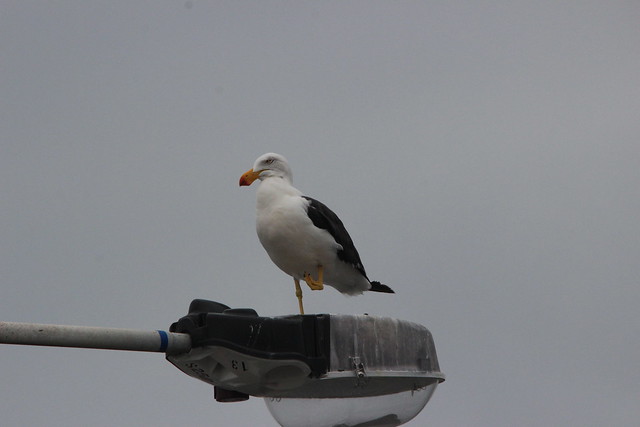 We saw this adult on a light pole but it appeared to have an injured leg.

There were a number of terns and cormorants about but we were quickly distracted by a black shouldered kite that was hovering nearby. It was awesome that Sethy got to see that hovering behaviour, I was hoping we would see a BSK when we went to Lake Victoria in March.

We saw it grab its meal and fly off to a nearby pole. I’m assuming it was a rat or a rabbit based on it’s size. 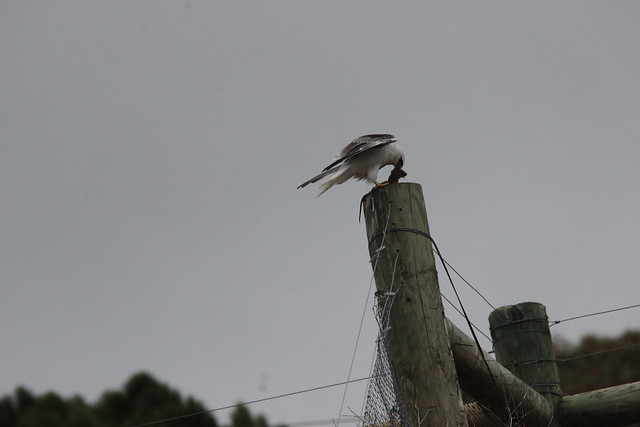 The following pictures show some interesting behaviour we saw. The kite landed on a pole and two butcherbirds weren’t happy about it! They would continually dive at the kite – either to defend their territory or to get a free feed. The kite wan’t too happy about it.

Seth walked up the hill to get a closer look and the bird flew off. I knew that would happen but understood Seths desire to get a better look, as I was looking through the camera. Was glad to capture the behaviour 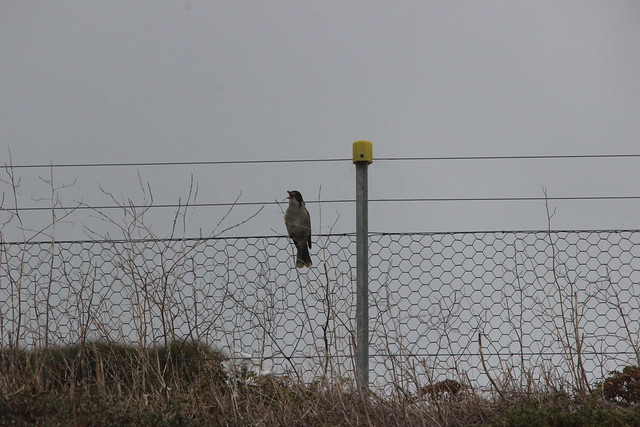 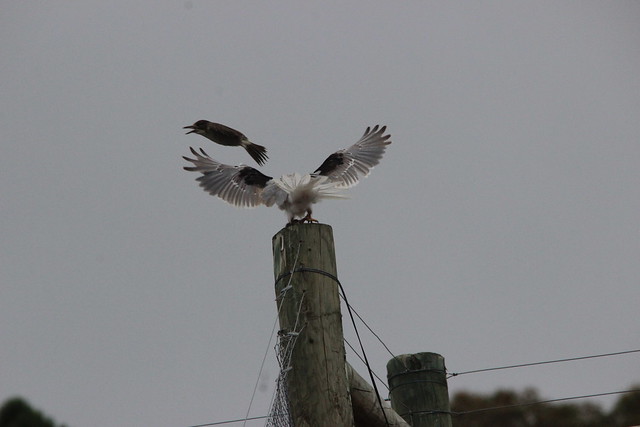 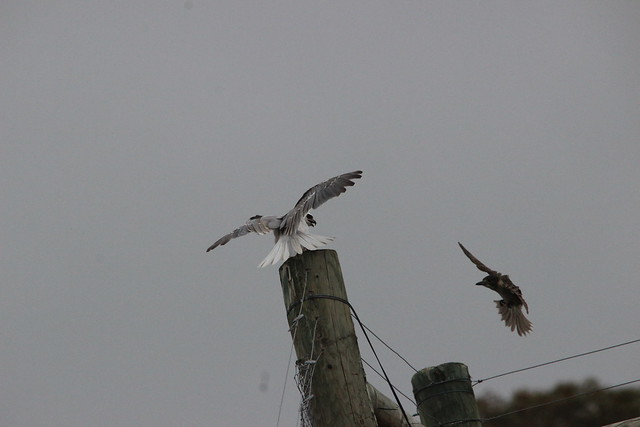 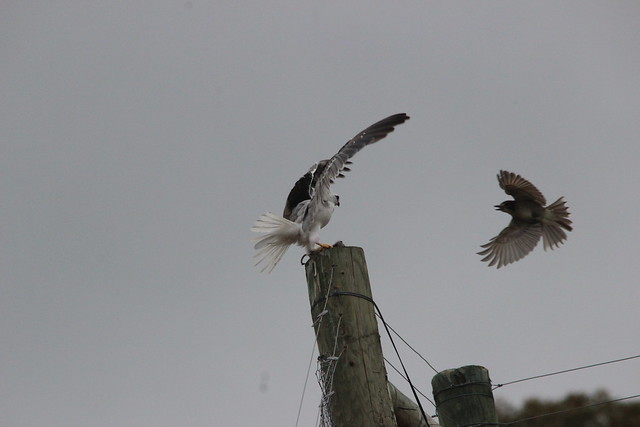 It was a fun twitch. Seth didn’t get as much time to play as I’d normally plan for, as we had an impromptu trip on Thomas the Tank Engine at Eastern Beach. Also saw an egret and another juvenile pacific gull near the main beach.

Will try to do another two adventures during the holidays. Glad I got to get the little dude another 3 lifers!