I can hear it now. “Another poop shot? Don’t you get sick of it?”

I was on my way into town – to photograph something street related. Maybe I was super anxious. Regardless, I had poo on the brains. Specifically, how to get a gannet poop shot.

You see, I had never seen one poop. I’d spent hours watching them trying to get a good photo. I’d only managed two photos of birds in flight doing #2’s and they were a matter of luck. I wondered about trying to find them at where they nest but didn’t know if I’d be able to see them for long enough. It can take hours to get a good shot.

I’d decided that it wasn’t even worth strategizing how to get one. I’d focus on getting the normal dive shots and hope to get other birds pooping.

About 10 minute into the twitch, I got this. 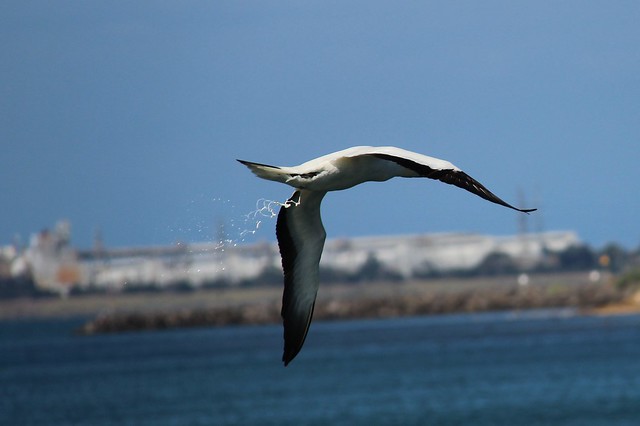 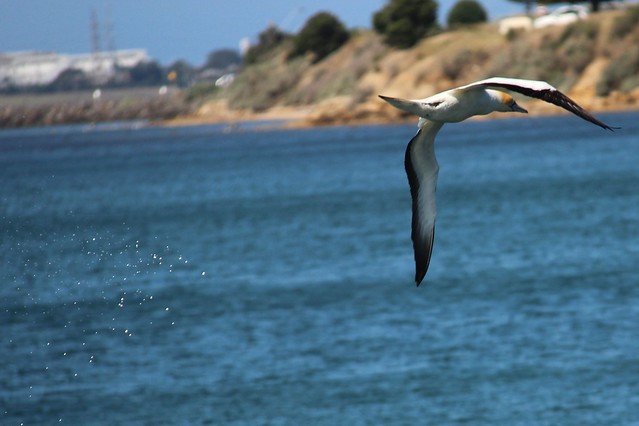 Yes, I am immature. Yes, it is a silly hobby. Yes, it felt bloody amazing to capture it. I saw them poop a second time in this session. It was almost worth going home then and there. Until I saw this: 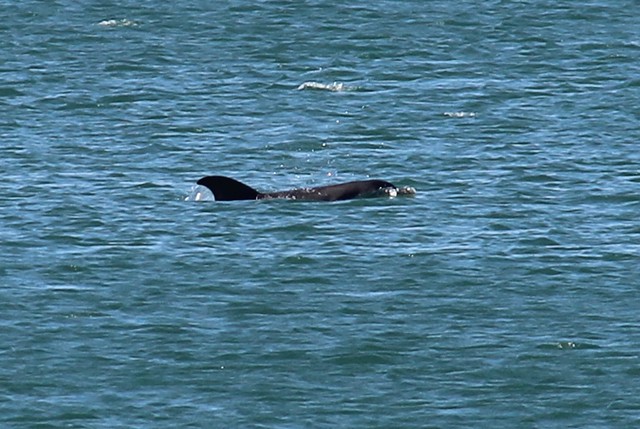 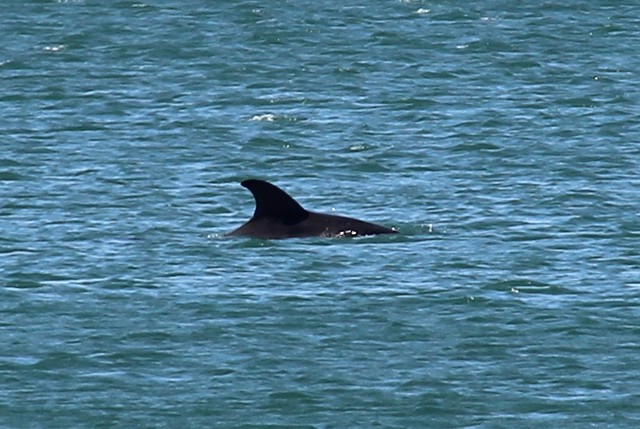 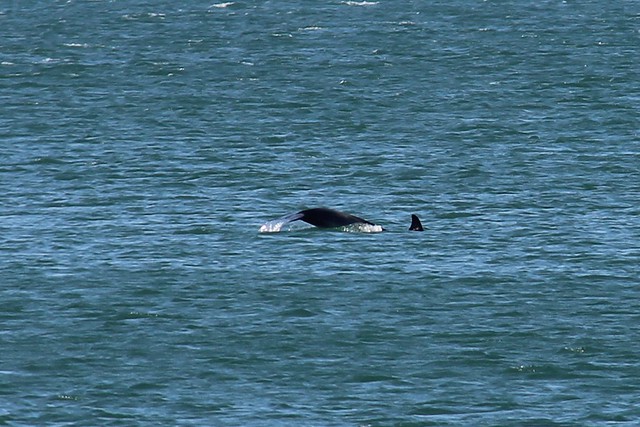 One of the dolphins that loves hanging around Corio bay. It stayed for longer then it usually does. It went back and forth, and showed more of the body then I normally see. Photos are mediocre but I don’t care.

Shortly after, I saw this seagull harassing a gannet. It did it for at least 10 minutes. Incredibly hard to focus on the birds but it definitely wasn’t pleased. I have no idea why the gull was chasing it for so long. 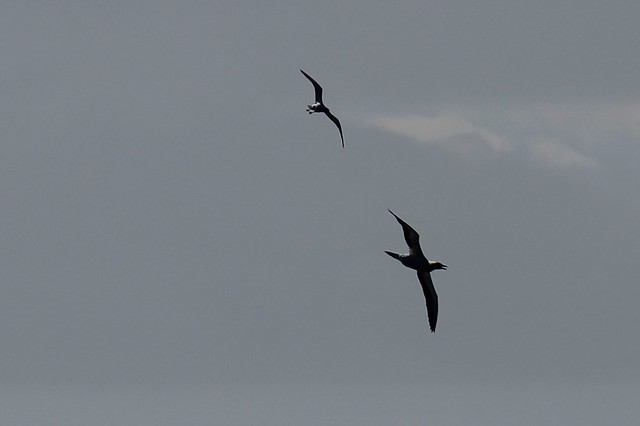 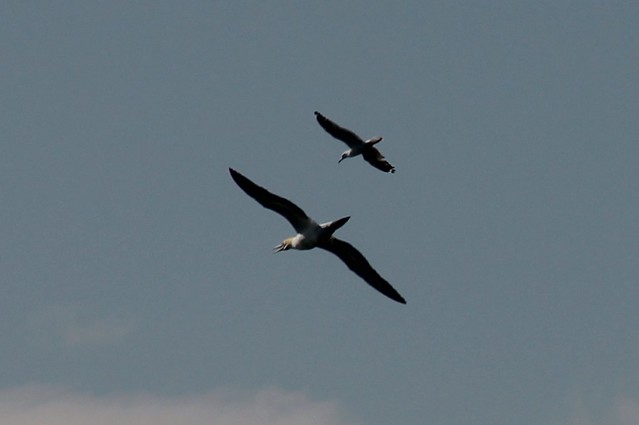 The final species I saw for the day was this pair of masked lapwing. At least I thought it was just a pair. They were behavioring very territorial and then I saw it. There were two chicks nearby!

They were hanging around at the roads edge and trying to cross the road. It was a really busy night and I was concerned they wouldn’t make it. One of the adults kept on running at any car that passed and spread its wings out.

I would love LOVED to have seen them hide the chicks under their wings. I didn’t want to hang out too long though as they were obviously upset. So interesting to see them at multiple stages of their breeding cycle. 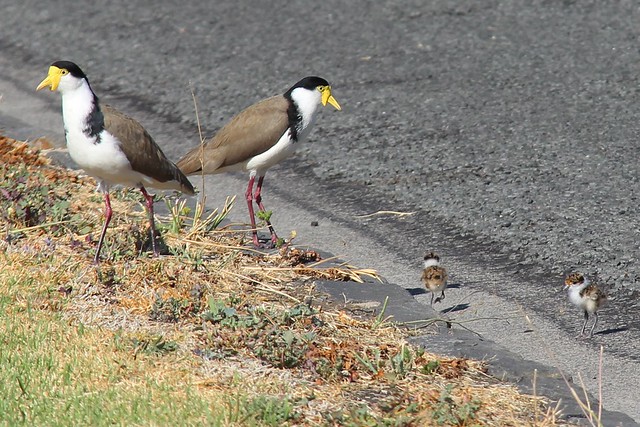 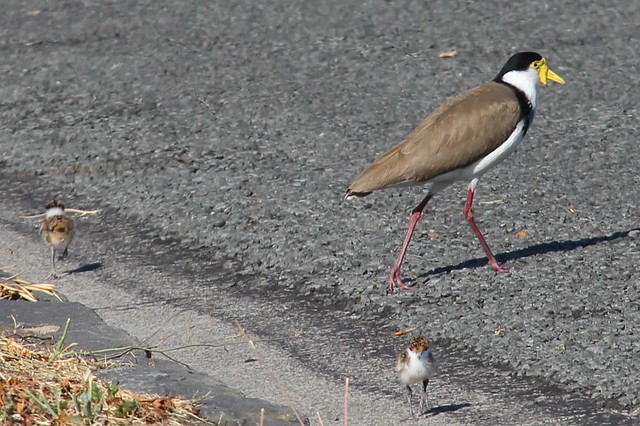 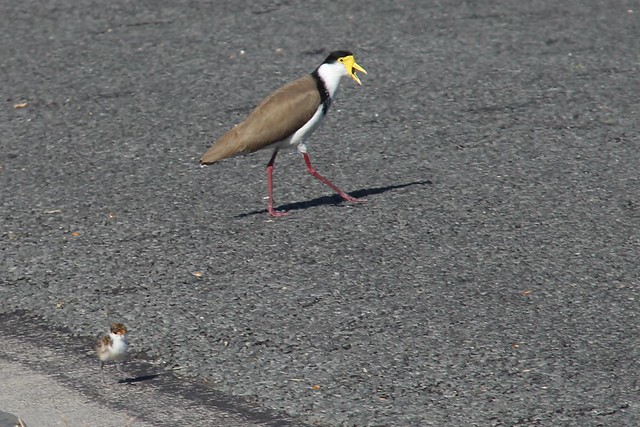 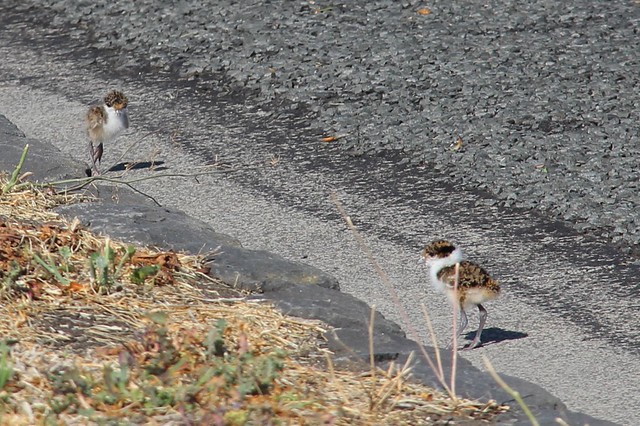 Eastern Beach is an underrated birding destination. It is probably the same as many suburban beaches. I’d assume many along the Bellarine are better. 🙂 So many places to visit and such little time.