Yesterday, Sethy and I went to Eastern Beach. Well, we actually went to an awesome ponding session at the Geelong botanical gardens first. It was a fun school holiday activity where we could find creatures that lived in the pond there. I so need to plan better for next holidays activities because we both had a lot of fun.

(Someone may have made a comment about ‘responsible adults’ wading in the pond but we had permission and hey, it’s all about learning.)

My dad drove us into town as I didn’t think we’d be able to get there on time if we caught a bus and walked 🙂 Hanging out with a 7 year old involves a lot of distractions. We were driving along the esplanade when I shouted “Look! A dolphin!” Dad was awesome and let us out to get a couple of photos.

Fast forward to three hours later. Seth was having fun at the beach, being a kid, and investigating everything in sight. I was doing what adults do, being bored shitless because I hurt my back from coughing too much and couldn’t do anything.

All of a sudden, I saw a dolphin! I don’t know whether it was the same one or a different one, but it definitely allowed for better photos. They are all mediocre due to the distance, but it was nice to actually get some photos.

It also concerns me, as I could see the trawler in the background and know that that stupid boat has been causing dolphin deaths. This is the third time I’ve seen a dolphin at the beach in the past 5 weeks. I’ve been doing photographs there for years and I know they’ve been seen by others on 2 other occasions. Is there a link here? Is it just a seasonal thing and I haven’t been paying attention?

I don’t know. I also noticed a lack of gannets this time, which sucked. 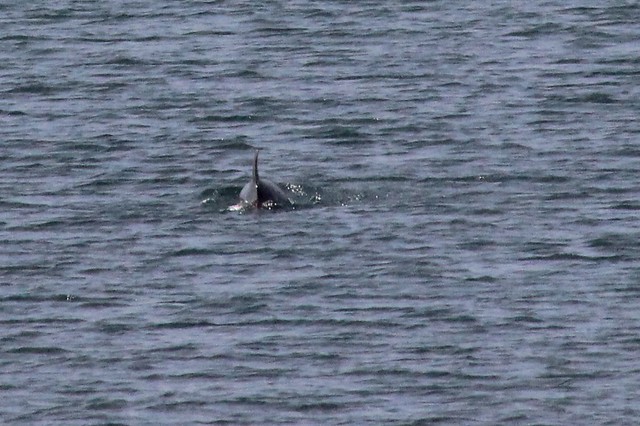 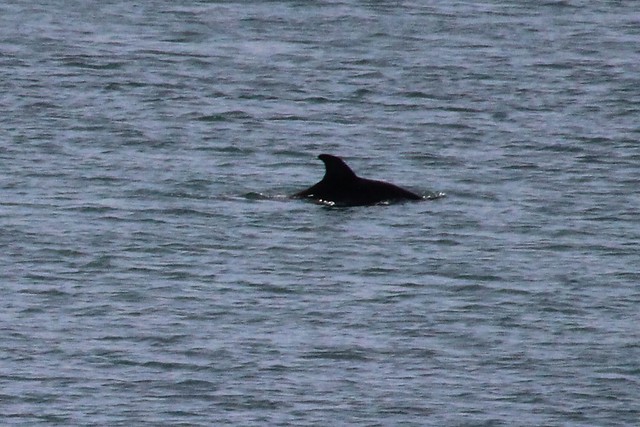 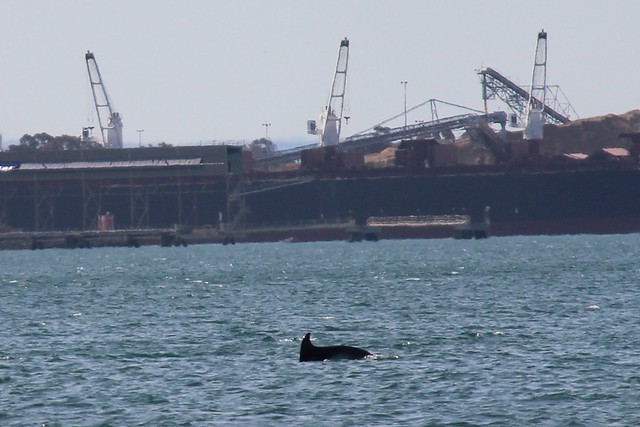 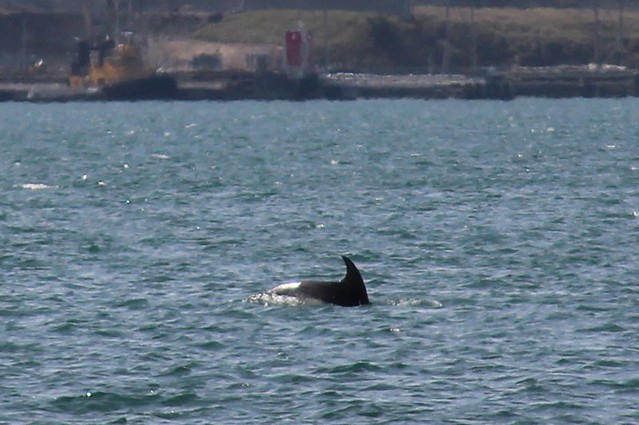 Seth being Seth, we couldn’t just hang out and muck around. No, we had to look at everything he found. Which normally, I can handle. My back hurt to stand up and bend over so I was one cantankerous companion.

We did find this wacky looking blobby jellyish: 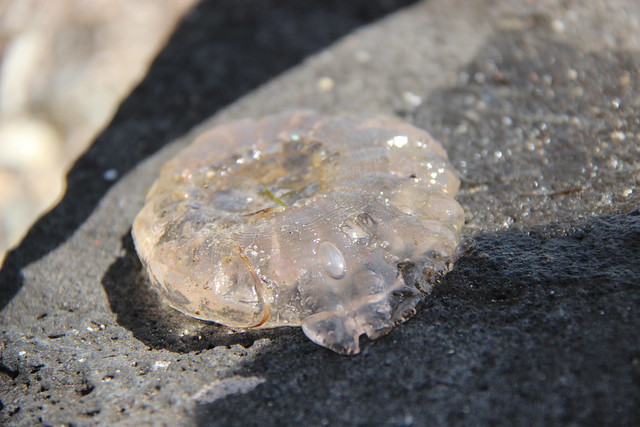 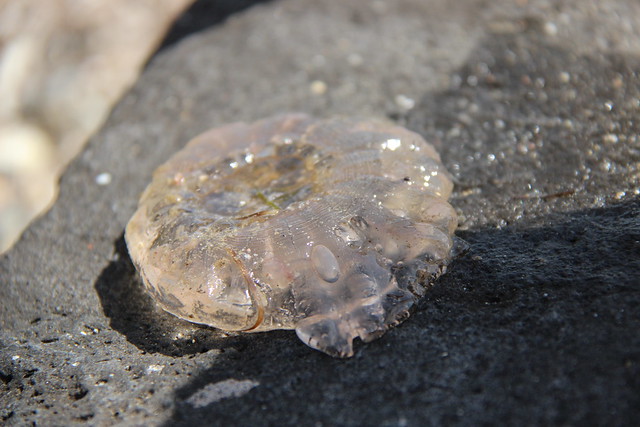 We also found some seagulls fighting over a dead fish. It would have made for interesting photography if Sethy didn’t chase them away at every chance he got! 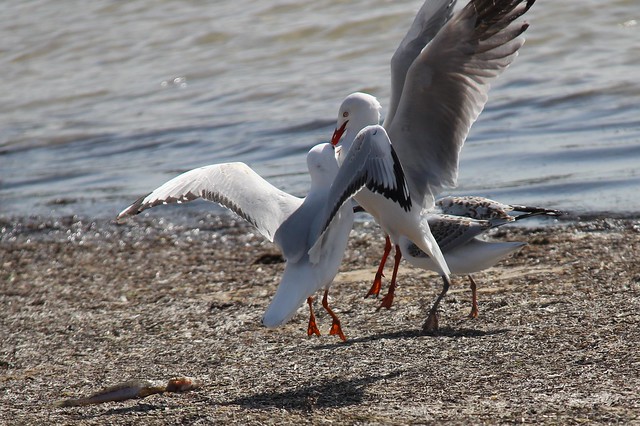 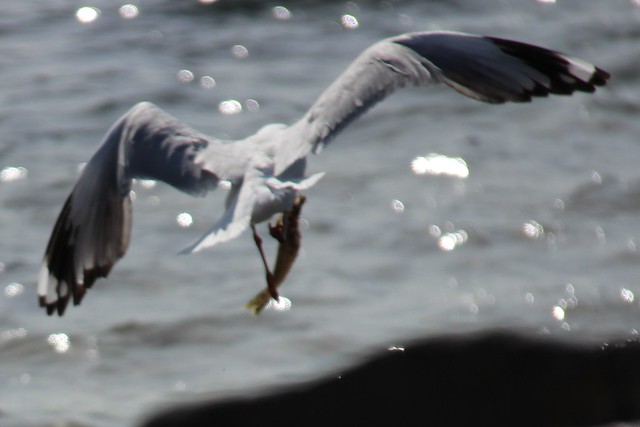 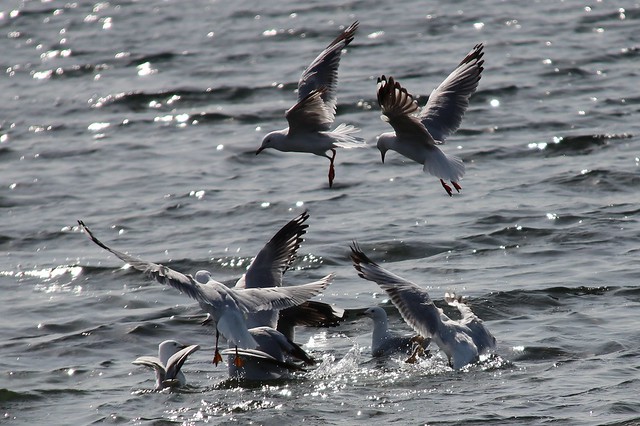 Wildlife wise, it was a pretty generic trip. No sign of baby grebes at the storage pond in Eastern Park. Couldn’t find the nest, nor baby lapwings, in the places we’ve checked out before. Got some interesting photos of a gannet, but couldn’t even try to get decent ones.

I’ve noticed the grebes are going elsewhere since the weather has gotten warmer and it has become more crowded. I’ll continue to go here to photograph – most likely for street photography, as well as accompanying Sethy.

Over the summer I’ll be focusing more on waders of the Bellarine Peninsula. I’ll have to tone down the birding due to budgetary reasons. I’ll also be focusing on the hiking. Hope to see more dolphins over the coming months regardless.