It was our second full day in South Eastern Tasmania – and it was time to explore the Tasman Peninsula! I’d visited there once before as part of a mega tour but that trip had primarily focused on Richmond and Port Arthur. Mum was keen to visit Dootown and we wanted to go to a local wildlife park, so decided to focus on the Eaglehawk Neck region.

Our first stop for the trip was Dunalley Bay.

We discovered the cute township of Dunalley when we had a toilet break at a stop next to the Denison Cancel. I’d made a mental note to return here…. until we drove a few kilometers further and made an impromptu stop at this beach. It was so beautiful and the 20 minutes we spent there didn’t do it justice. 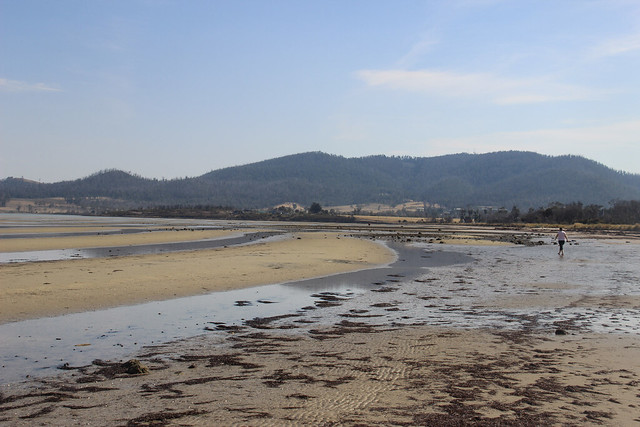 One one side (above) there was a sandy beach. The tide was out and led to interesting water formations. Incredibly photographic. On the other side (below) there were rocks that were home to a myriad of sea creatures. 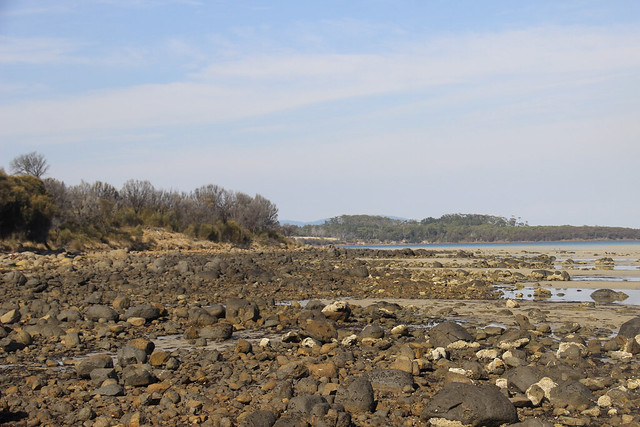 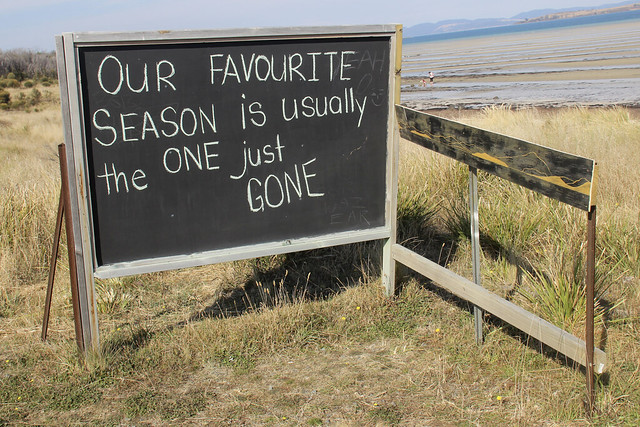 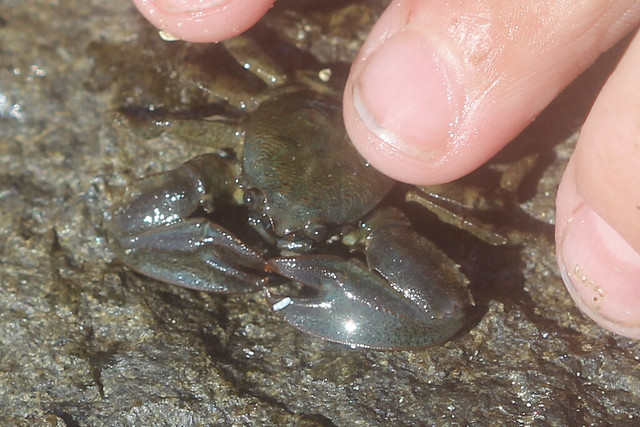 We had a lot of luck finding animals. Seth found the above crab, as well as the below mantid that I’m tentatively identifying as a purple winged mantid. 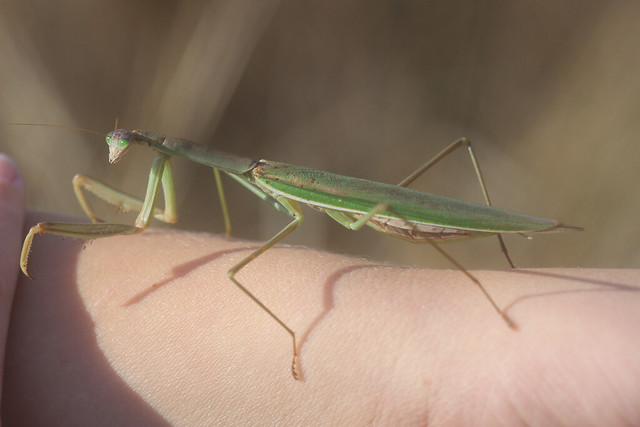 The 20 minutes we spent here definitely wasn’t enough. Alas, we had to push on to get to the zoo.

We spent about 3 hours at the Unzoo and could have easily spent more but alas, it was only a day trip and we had to keep exploring.

Our next stop was Dootown which was a bit of a letdown. The house names were hilarious but there was no context, no information brochures in Hobart or information for Tourists. We laughed reading out the names but ended up at The Blowhole quicker then we’d thought.

The blowhole itself was a bit of a letdown. We didn’t have the time to wait for giant waves to cause the water to go high. Instead, mum and I had a lot of fun watching the waves crash into cliffs from a separate lookout. We’d wait patiently for a good wave to create a spectacular photography, but they only seemed to come whenever we turned around to leave. It’s a beautiful little area. 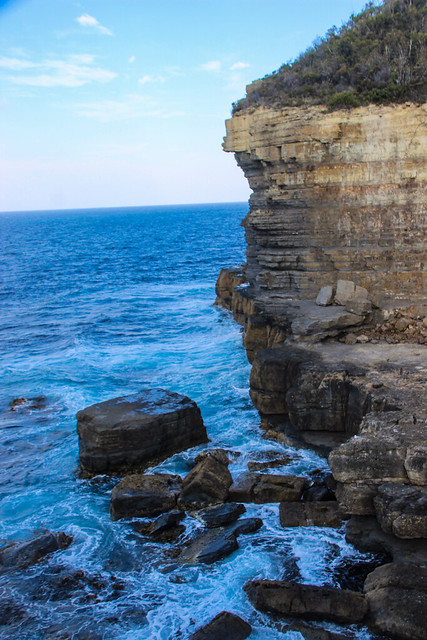 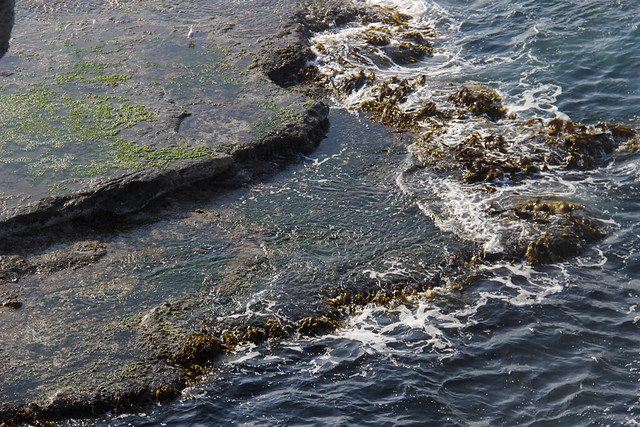 I was in awe of how some of the trees managed to stay alive in such challenging conditions. 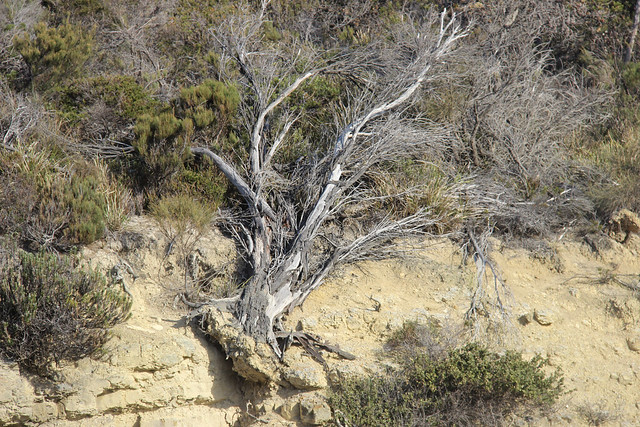 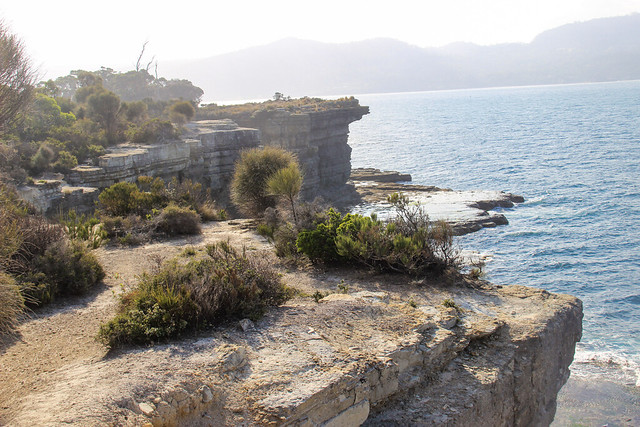 Opposite one of the lookouts was Pirates Bay, an area that definitely is worth exploring. There were a number of birds resting on the rocks here. I spotted a juvenile gull (either pacific of kelp), a white faced heron,  number of crested terns and the ubiquitous silver gull. The rocks were also good for looking for sea animals, but I cautioned Seth to keep his distance from the birds.

Aside from the wildlife, the whole area was incredibly photogenic. Seth and I spent about 10 minutes looking around and could have easily spent longer. 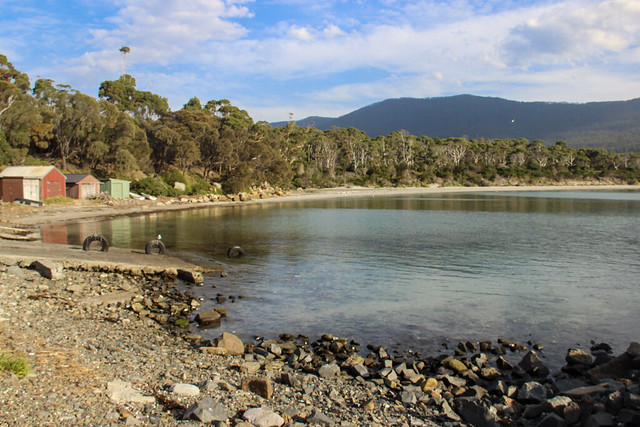 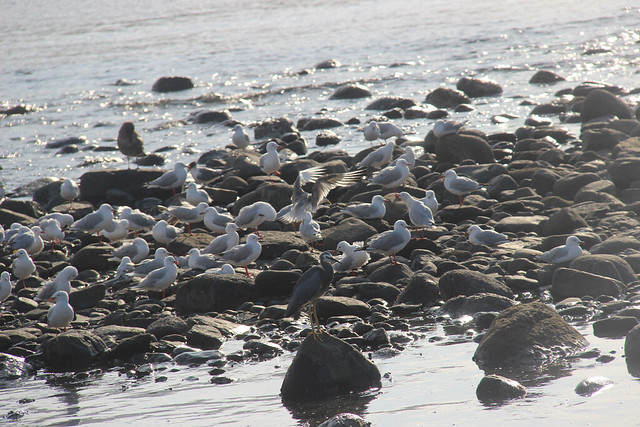 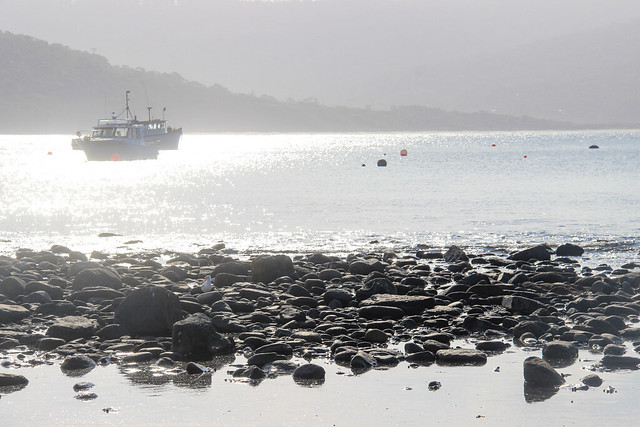 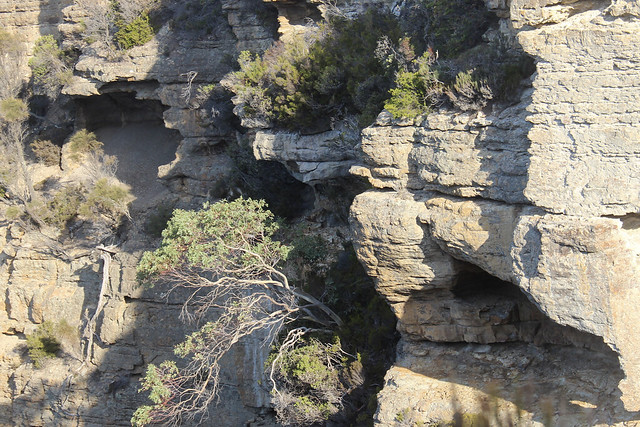 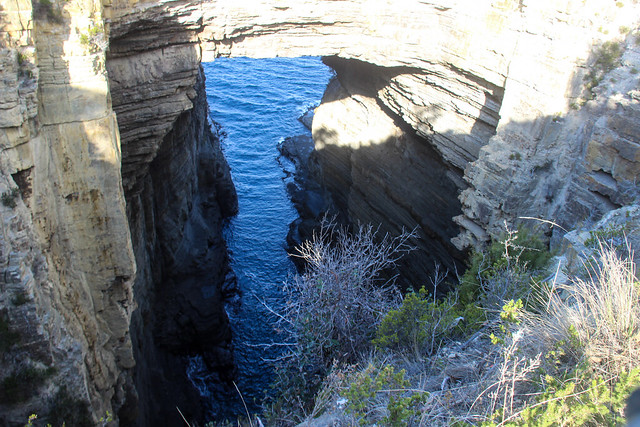 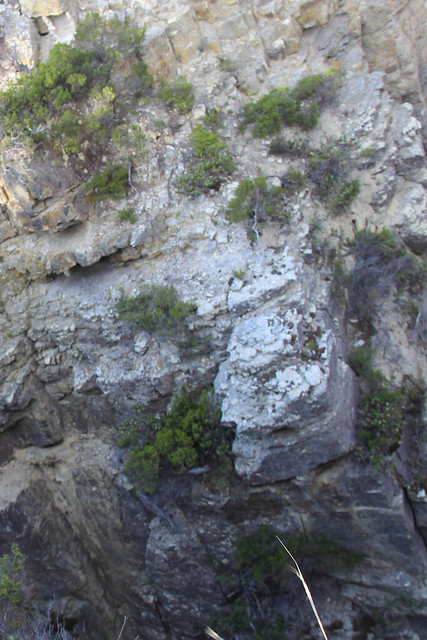 Tasman Arch is basically what is left of the roof of a large sea cave, or tunnel, that was created by wave action over many thousands of years. The pressure of water and compressed air, sand and stones acted on vertical cracks (joints) in the cliff, dislodging slabs and boulders. Eventually the arch will collapse and Tasman Arch will become another ‘Devils Kitchen’.

The angle of the lookout meant that it was difficult to get good photos from here, but it was fascinating to observe the geology of the region. You can also walk to the next point, Devil’s Kitchen, from here.

This geological feature probably started as a sea cave, then a tunnel and developed into its modern form after the collapse of the cave roof. The view was obscured slightly because of the trees. This, combined with the later views of different areas of the peninsula, made me fall in love. I know the great ocean road has beautiful lookouts but this felt like it was a different scale of grandness. Perhaps I’ll change my views after doing more sections of the Great Ocean Walk?

There are some lovely walks that leave from this area to explore Waterfall Bay. They were immediately put on the bucket list. 🙂 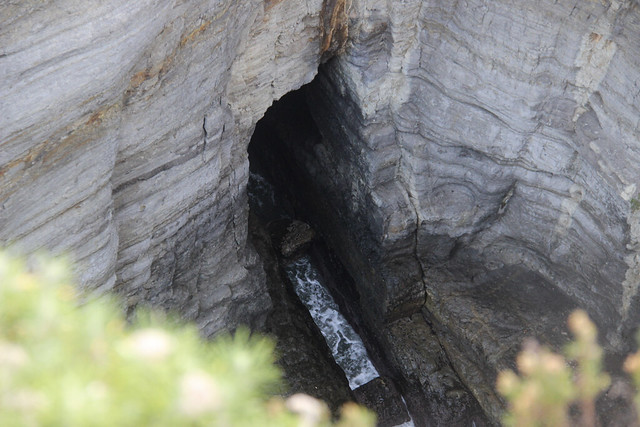 We were nearing the end of the day and all of us were getting tired. There were a couple more places on the bucket list but we were running out of energy and were facing an hour long drive home.

This lookout was quite beautiful. It was one of the few moments I regretted not bringing the telephoto lens! I could see areas in the distance that I know Tasman Island Cruises would explore, and it only increased my longing to do the Three Capes Track. I always knew this area was amazing and had planned to explore it properly but it felt like the immense cliffs were taunting me, reminding me I probably wouldn’t be able to return for at least a year.

They’ll definitely be worth it. 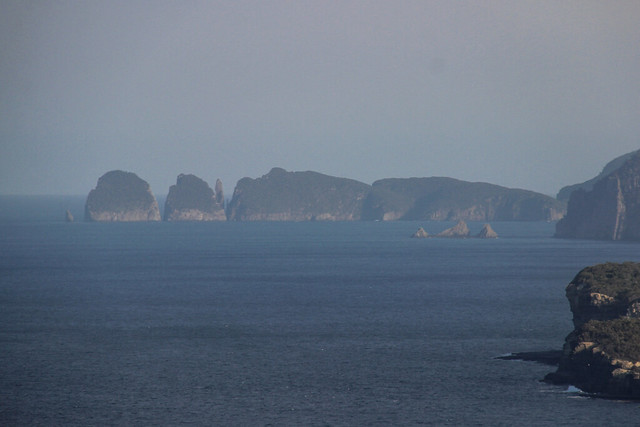 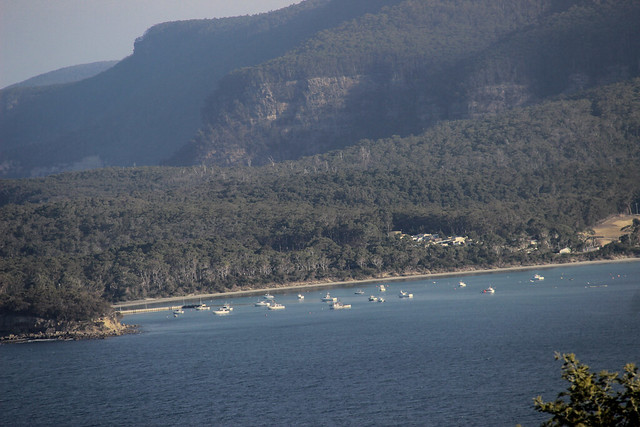 Our final stop for the day was at the Tesselated Pavement. I don’t know whether it was because the tide was in but I found it to be a bit underwhelming. I could definitely see the photographic potential, and the nearby bush had a lot of interesting plants. I was started to develop a migraine at this point and my body was conking out, which was probably contributing to the blah feeling.

I definitely want to bring Glenn here and it is a place I’d love to explore at different times of the day. 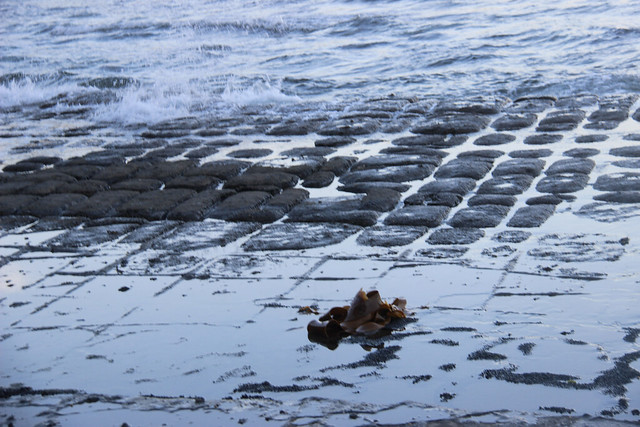 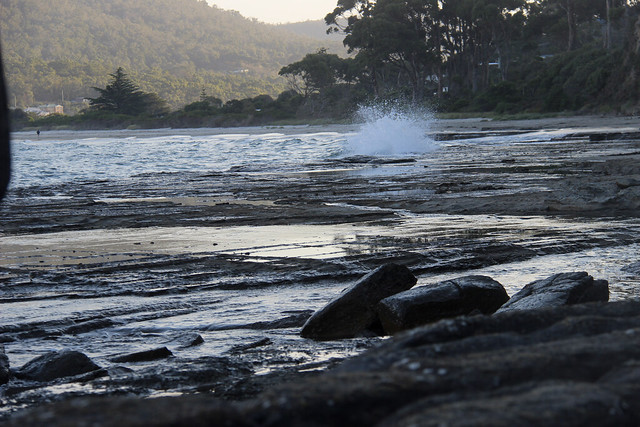 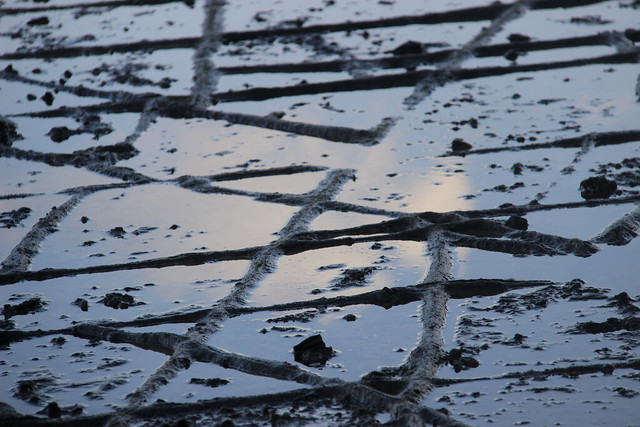 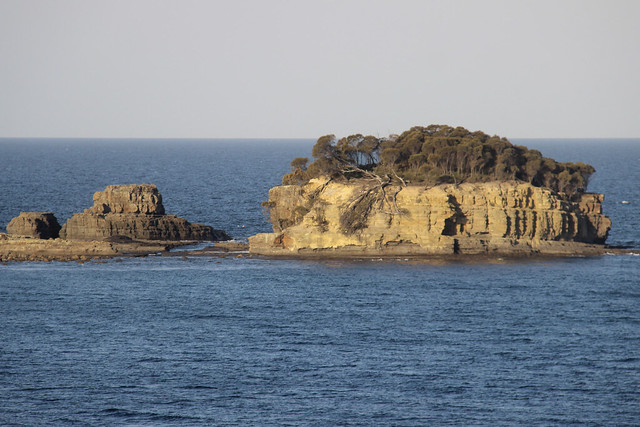 It was a brilliant day trip and definitely contributed to the love I have for the state. Since returning, I’ve been dropping subtle hints to my partner about moving to Tassie so I can properly explore it. This peninsula has so many hidden gems and we only explored a tiny fraction of it.

If I was visiting again, I would definitely base myself around Eaglehawk Neck for a couple of days so I can explore it outside of the tourist times and rushing.