Southern emu wren. SOUTHERN EMU WREN! The sighting was so awesome that one could be forgiven for forgetting that they also saw a tawny crowned honeyeater and family of brown quail.

We went to this grassy area in Anglesea off Purnell St. The others in the group called this area the eumeralla flora reserve, however I’ve had difficult finding information about it online.  I did take photos of a sign in the area though, which also has more information about what you can find there. You can see the photos here: 1, 2, 3.

The emu wren is a bird that I’m in love with. It’s dainty. The tail is amazing. Visually, it is amazing.

In person, I don’t feel like they have that much personality. This is based on a few glimpses – it was rather secretive. Phil used playback to get it to come out and, as others had said to be, it was really quiet. They are beautiful to photograph.

We had to walk towards the clump of bushes, something I normally try not to do. I’m learning that sticking to paths may not always be the best thing when trying to locate birds. We only walked 3 metres away and steered clear of stepping on bushes.

One came out. We got a couple of photos. It went back in again. This happened 2-3 times. Some people got great photos. The below are the best that I got. I’d love to track them down again to get better photos but I’m not sure it is worth it, considering the difficulty in finding. Note that I am very much defining my identity as a birdwatcher and am exhausted atm 😛 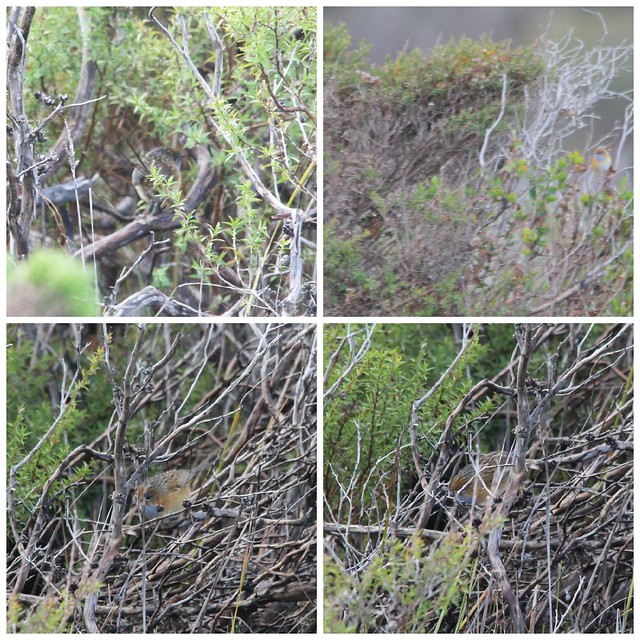 So much of the day was people sharply saying “Look!” and pointing their binoculars off in a direction. Sometimes, you were lucky enough to get a sighting of the bird. A lot of the time, they bird had flown away before you could get your camera/binos up.

The below is a male and female tawny crowned honeyeater. They first flew up to the fence and I missed out on seeing them. Later someone saw them walking along the path, flitting in and out of the bush.

It’s a shame I couldn’t get close views, I don’t even know if it is possible without a lot of patience and effort. Maybe all heathland birds are naturally secretive? Methinks I need to ask, as google isn’t helping. 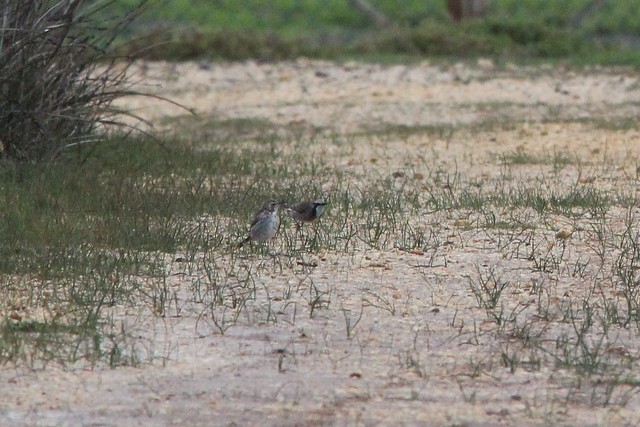 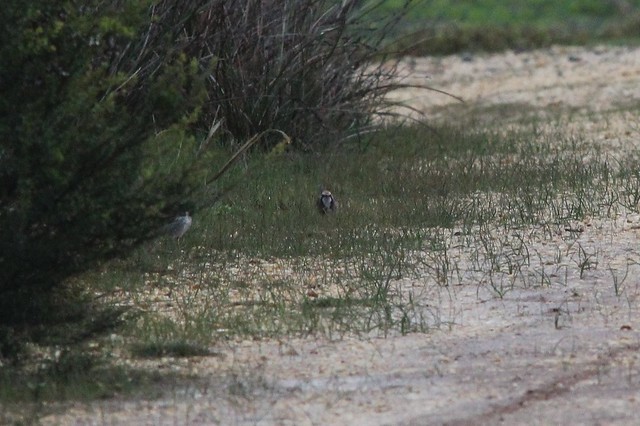 I have seen the brown quail twice. Once was when I got a brief glimpse of one when walking between somewhere and Jawbone Reserve. The other was when I was in north central vic. Neither time was a decent view and I didn’t really learn anything about them. This time, it was different. 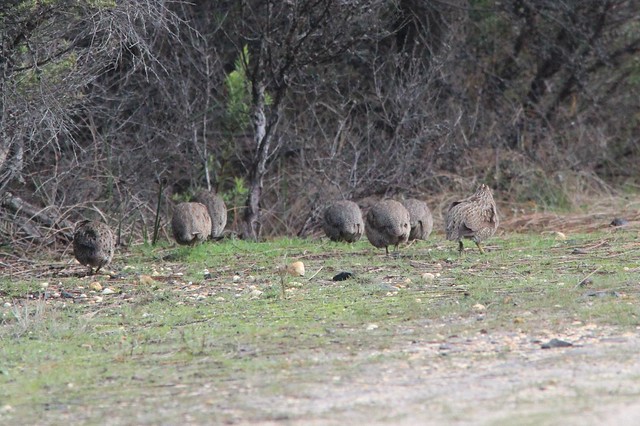 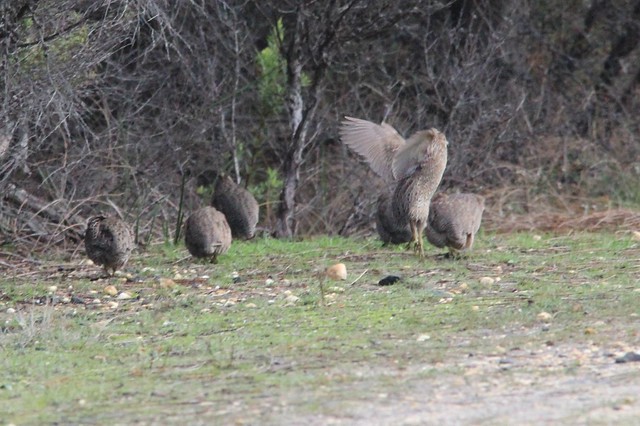 There was a family of 7 just walking along the path. According to Owens ebird post, they were “moving along the track on the south side of the water reclamation plant.”

(I need to quote others because, at this point, I was lost. I could see the sea, though.)

It was so awesome to see them. I love their behaviour. They were pretty comfortable with our presence until we walked a little bit too close. It was fascinating getting a closer look at them. I would be interested to find some of the other Aussie quails.

I’m not sure how awesome this spot is generally. We lucked out there with the three species and two lifers for me. Perhaps there were other species there? It’s not the type of place I would normally stop at, that’s what is so interesting about it.