After we went to the Western Plantation, went to several locations along the great circle drive. I can’t tell you what any of them were because that would involve me having a sense of direction. I know we went in a circle.

It is also worth noting you may need to take water when visiting the You Yangs. The toilets near the visitor center are amazing, but in other areas you will be lacking. Which sucks as you are heading into the warmer weather! 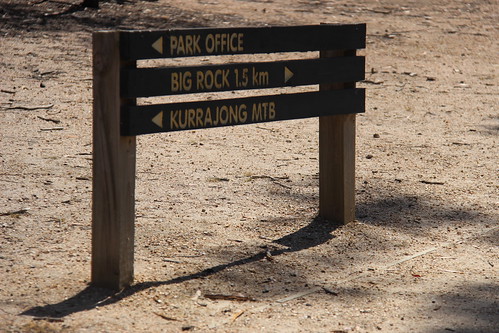 We found a dam that Carolyn is pretty fond of. She said it was pretty busy three weeks earlier when she visited. Today, it was a couple of yellow faced honeyeaters over a 30 minute period. Which was fine, as it was rather relaxing. And it was the middle of the day. It was fascinating to see how much an area can change in such a short amount of time.

I did get some cool photos which I am pretty proud of. I am now starting a new photo series: birds having a bath. 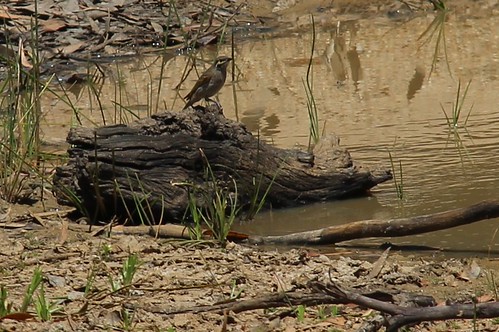 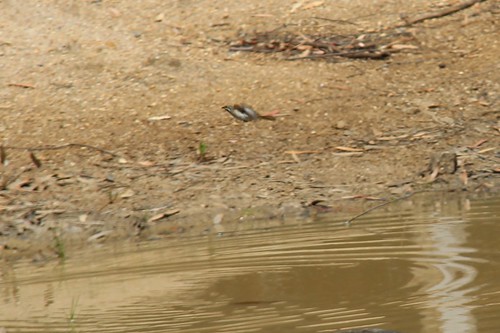 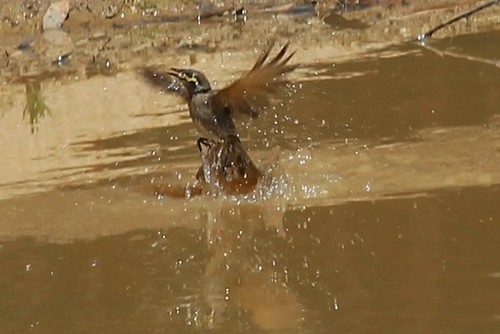 The scenery was beautiful. I could very much imagine Glenn having a blast, especially if we experimented in black and white. It would be a matter of getting around there though. 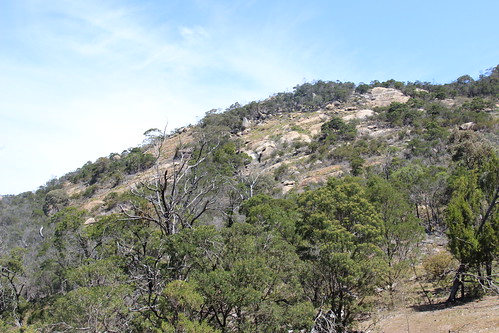 We were so fortunate to see this diamond firetail! We have both seen them before but she hadn’t seen them here. This particular spot is meant to be well known for them. They are incredibly beautiful and something I would love to photograph again. Man, some species are growing on me. 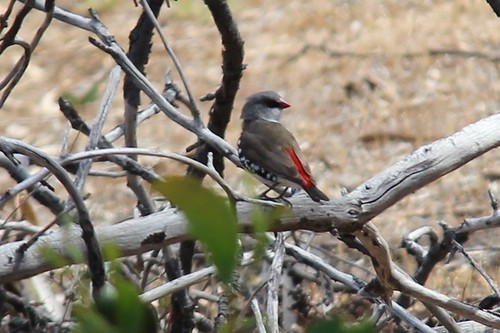 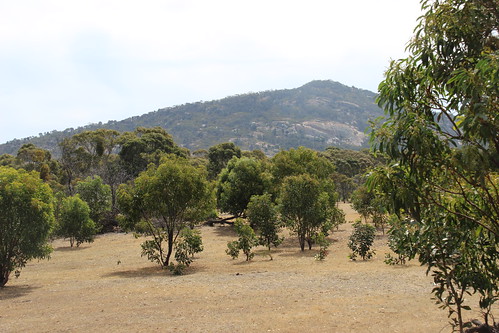 I was also lucky enough to see this restless flycatcher. I’ve seen one before but flycatchers had never grabbed me. This photo shows why they are so interesting. Look at the blueish tinge on their feathers. 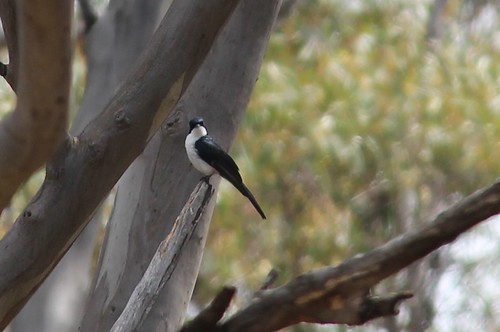 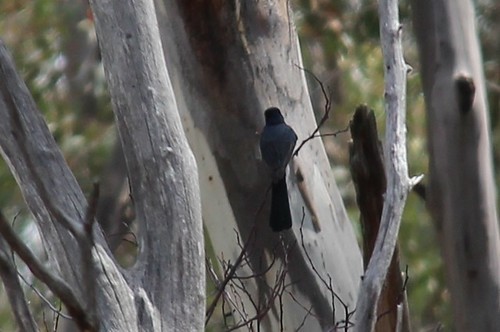 We were lucky enough to see Jacky Dragons twice on this day. They are incredibly beautiful creatures and such fun to photograph. They are very timid and move very quickly.

I loved how it would just wave at us and loved watching it scramble up branches. 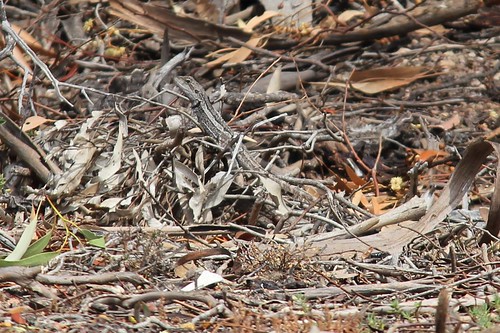 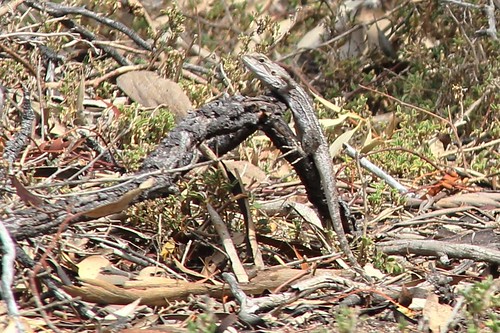 I may have already seen this species of ant. I can’t tell anymore. 🙂 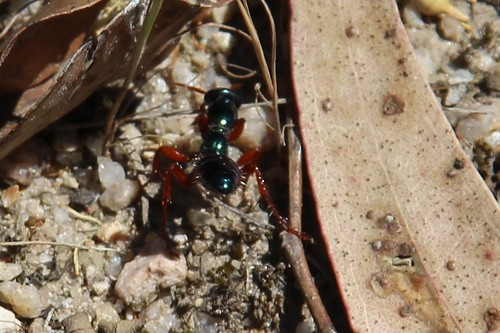 I was hoping to see a black chinned honeyeater. Carolyn definitely heard them but it looks like my procrastination got in the way again, dagnabbit. I’m so keen to return there to do some proper hiking. 🙂 There is so much awesomeness around Geelong.