I had just arrived at Balyang. I saw a magpie in the shallow water. I thought it was about to get a drink of water and tried to get a photo for my series.

The behaviour was… slightly different. It wasn’t drinking. It was dunking something in the water. I thought it was trying to eat something so immediately fired off a couple of shots.

Quickly, its friend joined in. I am calling them Gertrude and Boris. Don’t ask me where I got the names from – I’m a ‘child of an idle brain.’

They started to fight. It was over as quickly as it began, but it made for a great photo series. Look at how the claw is on the other magpies claw. 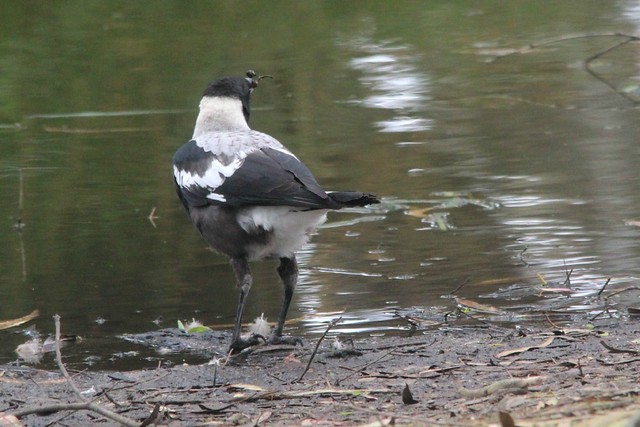 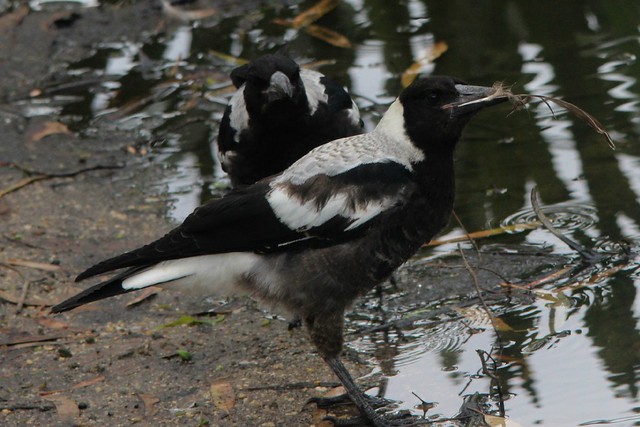 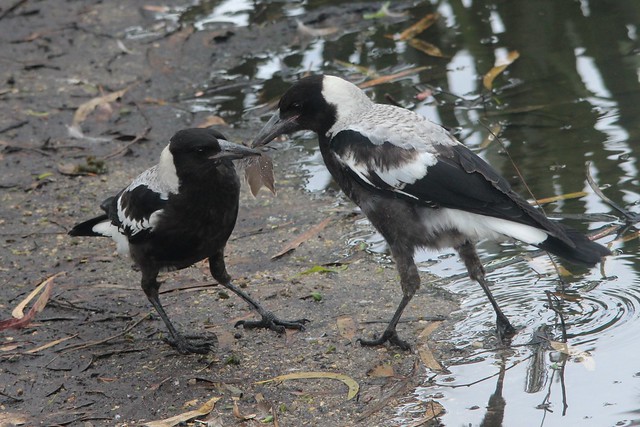 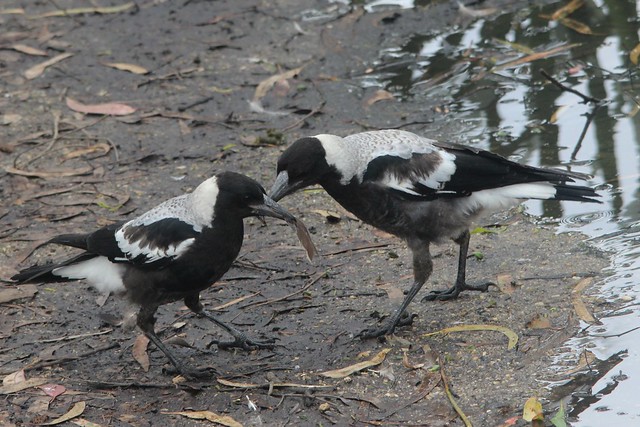 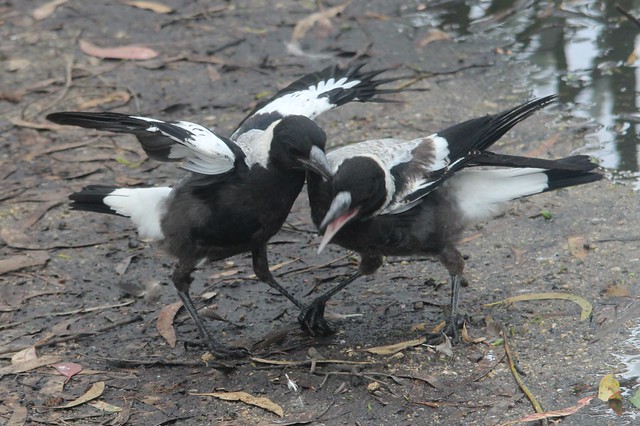 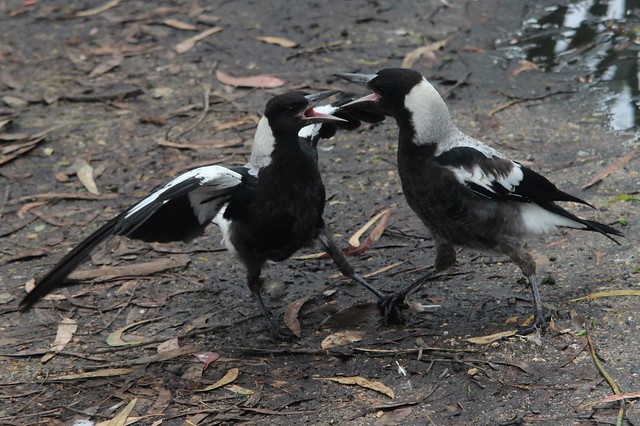 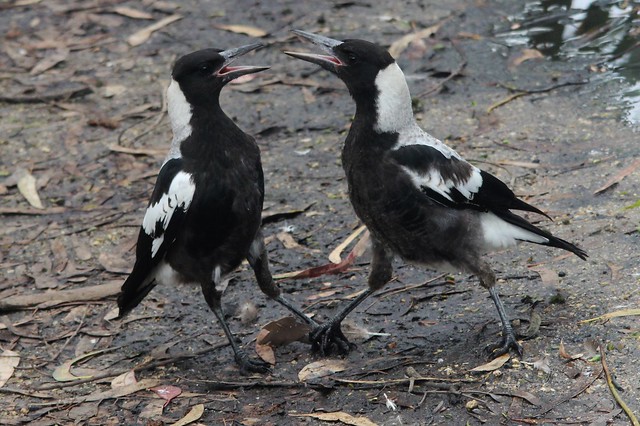 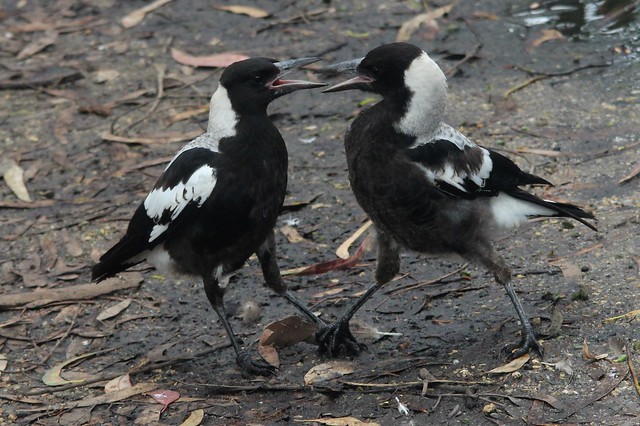 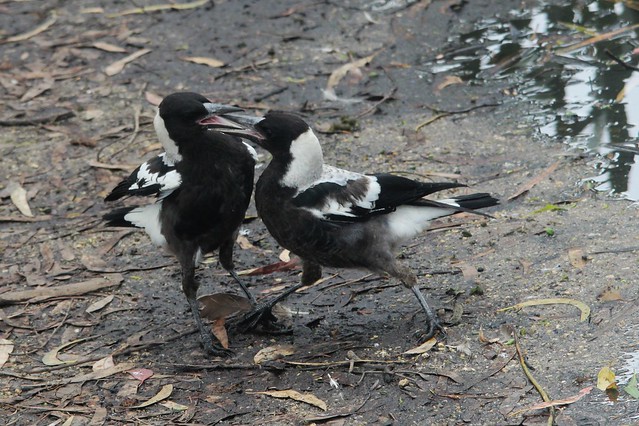 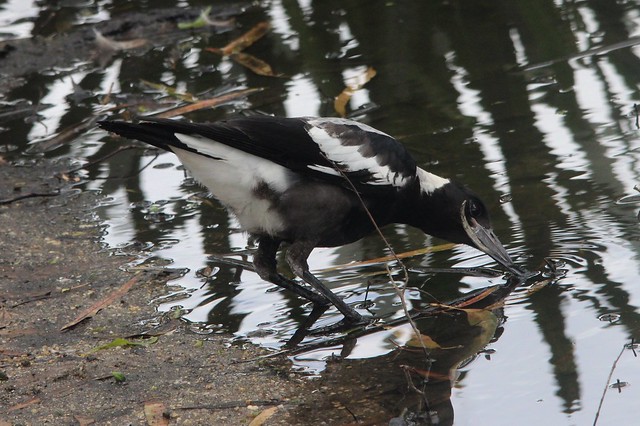