The swift parrot is a bird that has been on my bucket list for a while. They’ve been known to hang around Ocean Grove and various parts of Melbourne. In the past, I’ve been too scared to try and find them in their favourite locations. Really dislike going to new areas.

A couple of weeks ago, Owen Lishmund reported that a decent number of swifts were at the area near the Macleod train station. So many birders went and visited… and I couldn’t. At that time, my grandfather was extremely ill and I was at home helping out. Sadly, he passed away.

Yesterday was the second proper day off I’d had in a couple of weeks. My first ‘day off’ was on Thursday when Glenn and I saw Jurassic World. (That was non negotiable. I’m a nerd.) I very nearly didn’t go because I was exhausted and had a really bad anxiety day. I was getting really funky symptoms and was doubting my decision to go. I started to get excited once I got on the Eltham line. I was really impressed at how green and leafy the suburbs appeared and mate a mental note to explore some of them later.

And then… I was there! 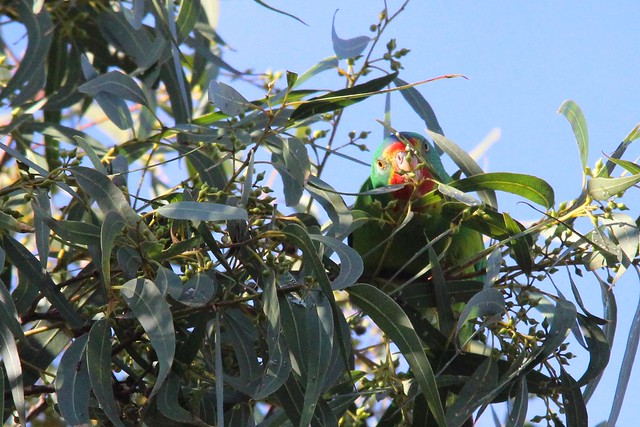 I didn’t actually find the swift parrots immediately. I added that pictorial pause there for dramatic effect. My notes, based on a previous Facebook comment, said I should look at the trees in front of the town hall. I did… but I wasn’t sure what tree. I could see a lot of rains. There was a musk parrot. I could see birds moving around at the top of the branches but, despite my telephoto lens, I couldn’t get a clear view. They were hanging around in one main tree at a time. They flew to one next to it and then flew across the road. 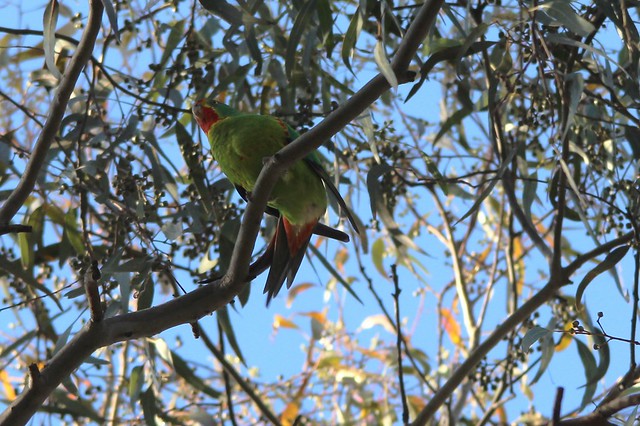 I followed them across the road. They were a lot easier to see and I started taking photos. My neck was starting to hurt from looking up so often so I thought “stuff it” and laid down on the grass next to the footpath. I used my backpack as a pillow and started clicking away. It worked, and I got some awesome/clear photos. I heard people walking up behind me and felt self conscious. Then I stopped caring, as I was getting such clear views. The voices weren’t moving though. I turned around. There was a group of people with telephoto lenses pointing up towards the tree I was looking at. 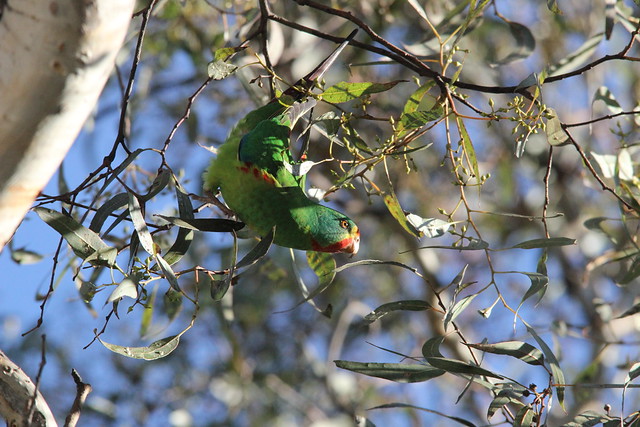 It was Bill Twiss!

“Jade! There are swift parrots in the tree above you!”

It was pretty awesome. I’d been there for about half an hour and had been photographing the birds in that time. I’d actually wondered why there wasn’t any other birders there. Apparently he and a mate had been there for a couple of hours, after dipping on the swifts in winchelsea. They had seen some scaly breasted lorikeets nearby but they didn’t show up again.

I also met Dean there, who I had previously met at the regent honeyeater release. It was pretty amusing, but it was also awesome to catch up with a few birding mates. I’ve really missed solo birding.

These are the photos I took yesterday. 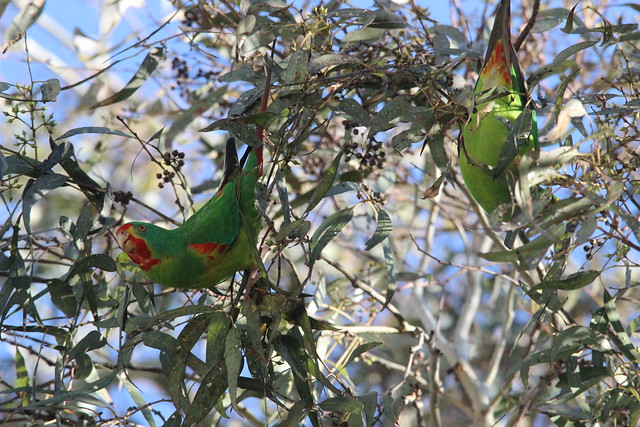 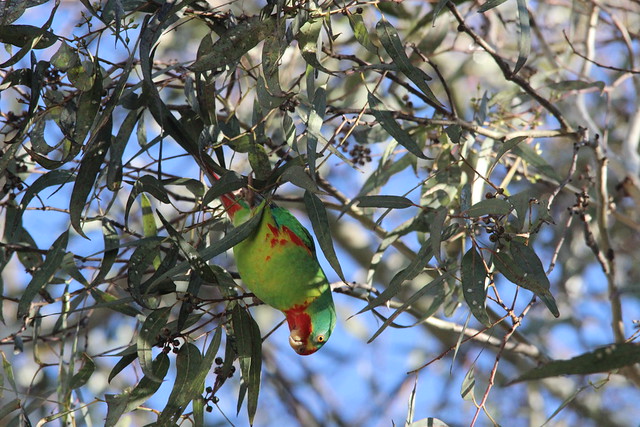 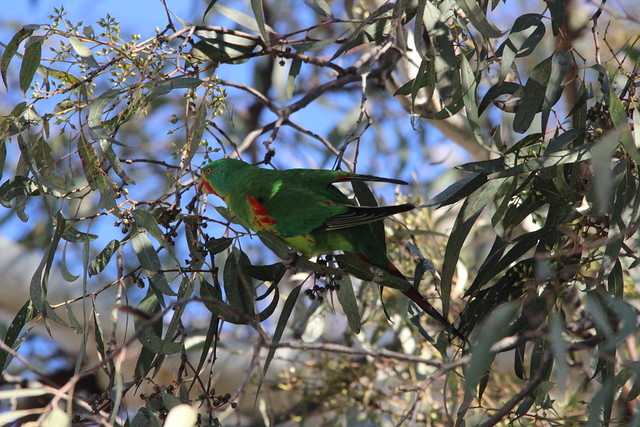 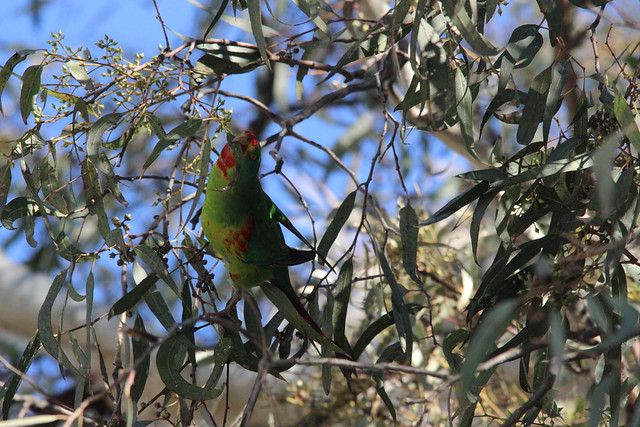 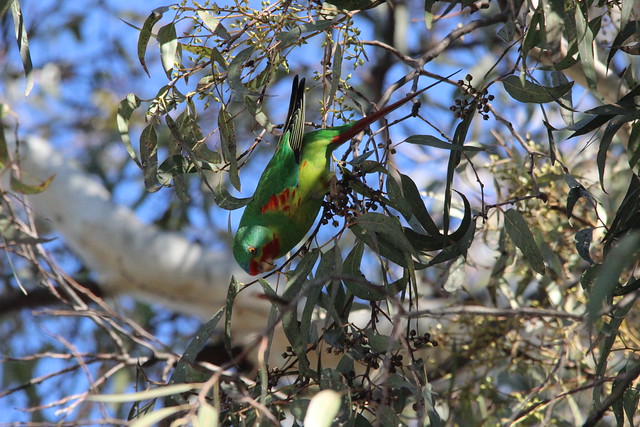 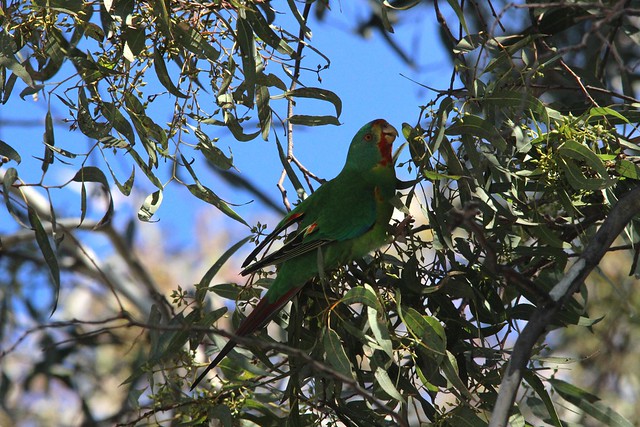 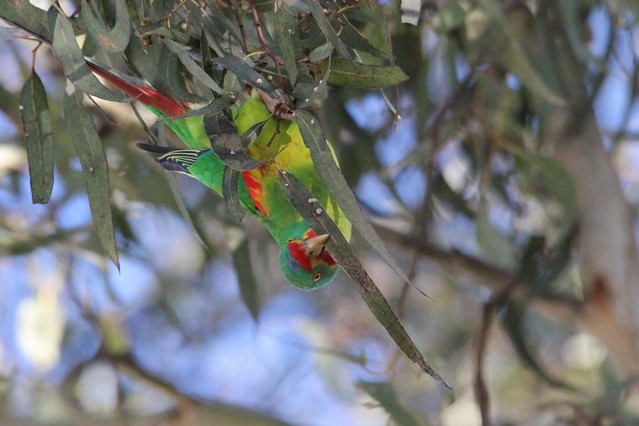 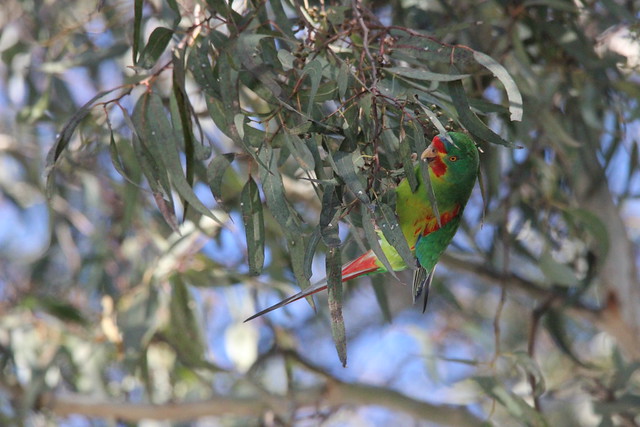 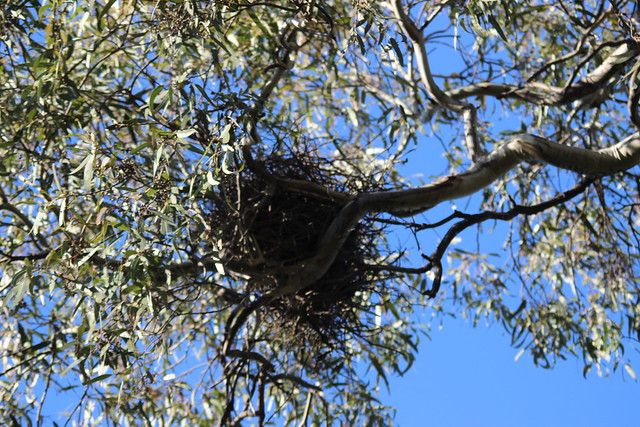 I have since learned that this is a magpie nest. One of my friends photographed the magpie while it was in there. Seems unnecessarily messy. I’m going to need to research nests. There was a book I wanted to buy but alas, I’ve spent over $750 on dentist nonsense this past week. 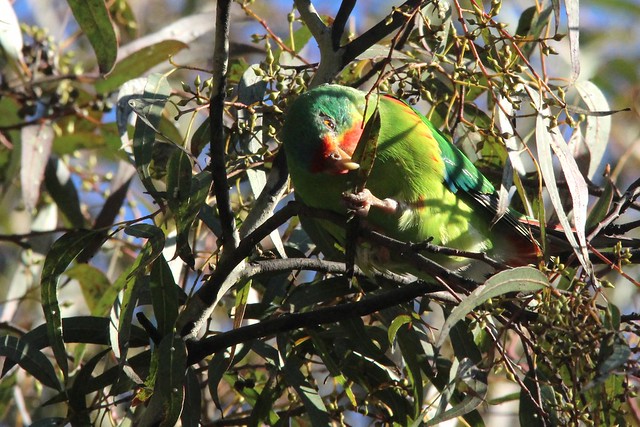 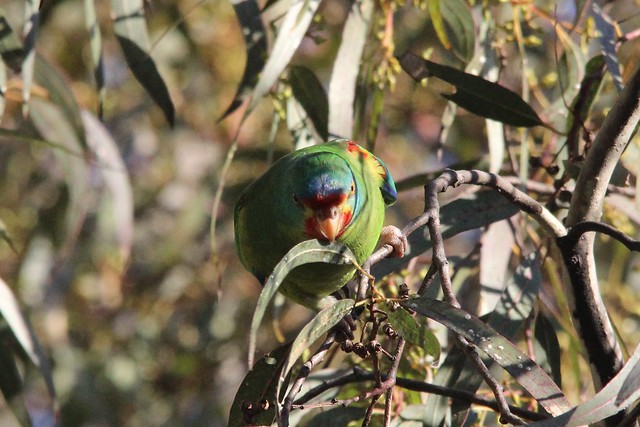 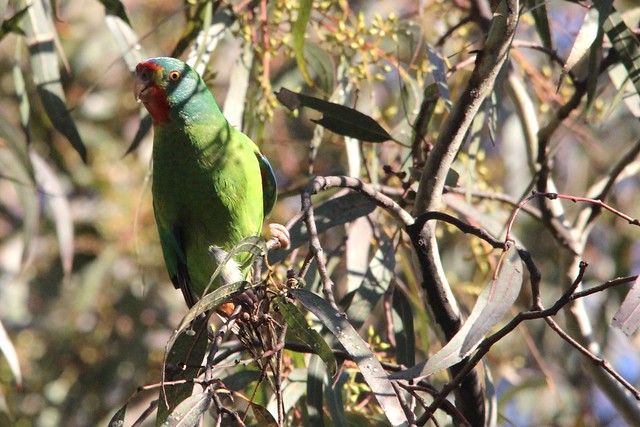 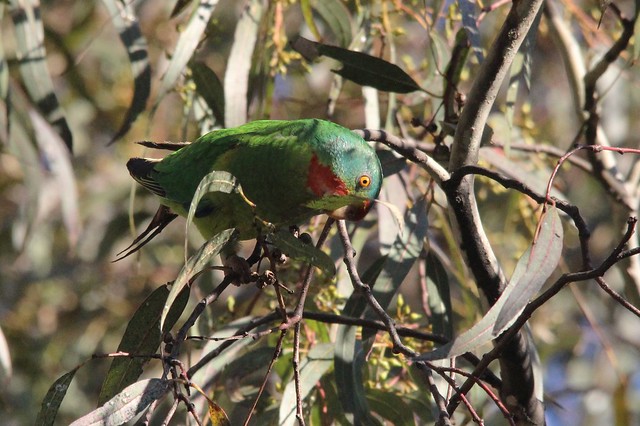 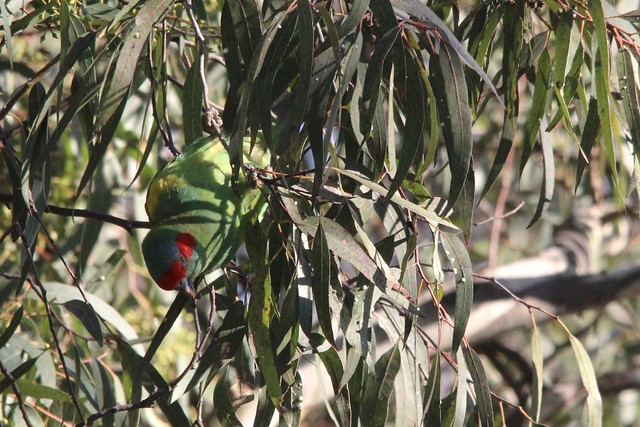 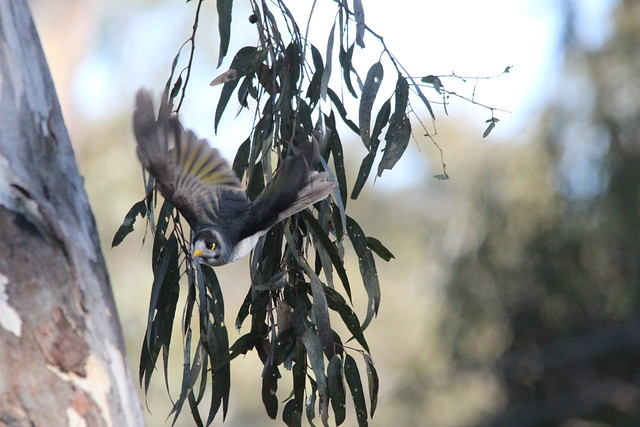 I was able to learn a lot about the birds although, as usual, it raised more questions then it answered.

I could see the ‘lerps’ which had attracted the swifts originally. I have no idea how they discovered them in the first place, this is such an unassuming location. Have they been seen here in the past? Was this discovery only made because Owen happened to walk past at the right time?

People have commented that there was at least 20 swifts. How do so many know to be there at any given time? Do they have a way of communicating, or do they just travel in a pack.

I’m curious as to where they would head after this. Swifties have been noticed in small numbers at Deakin Uni (Waurn Ponds) and Winchelsea. Maybe this population will head to Yellow Gums Estate? None have been observed there so far.

Finally – does their diet extend beyond lerps?

It was fascinating to see and I’m looking forward to learning more about them. I’d love to know if any of our observations can contribute to citizen science projects, or any other research, about the species. I’m hooked now!