Earlier this week, mum asked me to take Sethy out for a couple of hours. Mum has been finalizing her dads estate, so they haven’t been walking along the Barwon as much lately.

I said yes, thinking that it would be pretty easy to do a 3-6km walk and waste half the day. There is a lot to look at!

What I wasn’t counting on was for us to spend the entire time at Balyang.

We’ve heard frogs several times at Balyang but haven’t been fortunate enough to see them. He was looking under rocks – which is where he normally finds bugs – when he had this.

I later got it ID’ed as a southern brown tree frog. Which is amazing, I never knew we got TREE frogs in water. It’s actually quite common in the region.

He managed to find two of them. I made sure they were kept wet and that his hands were washed. They changed colour after being taken out of the water. I’m keen to learn more about amphibians and reptiles. Part of me wishes Sethy could just stick to one part of nature as being primarily a birdwatcher was so much easier. 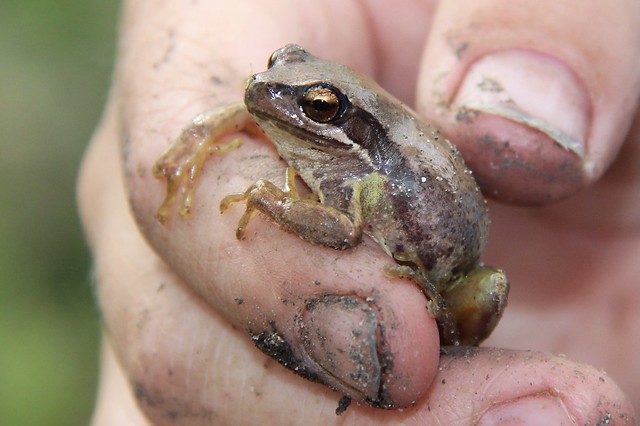 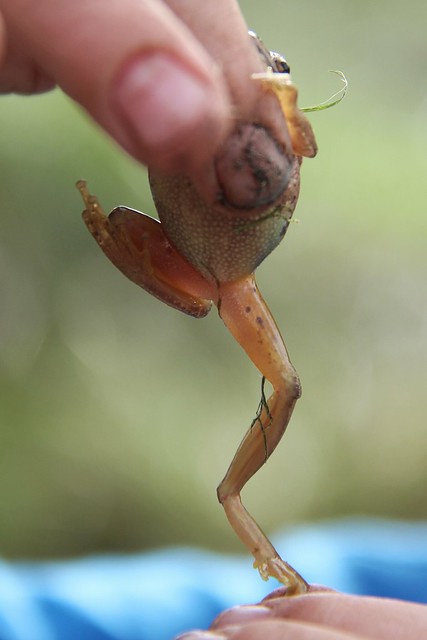 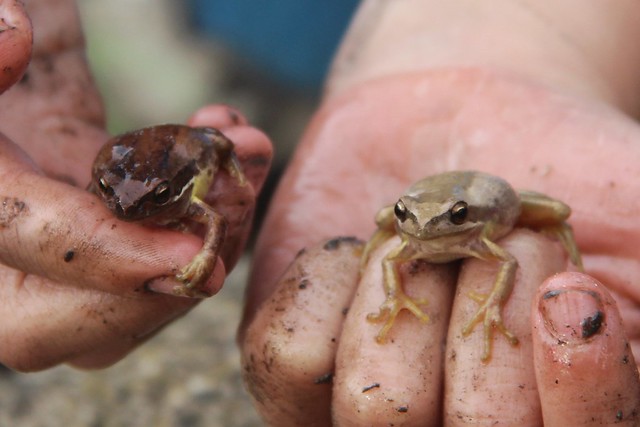 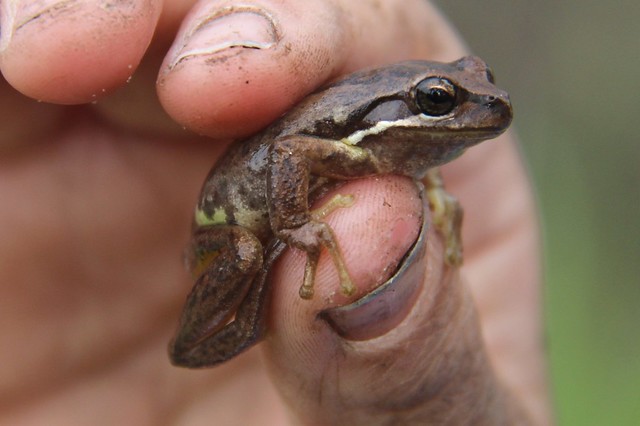 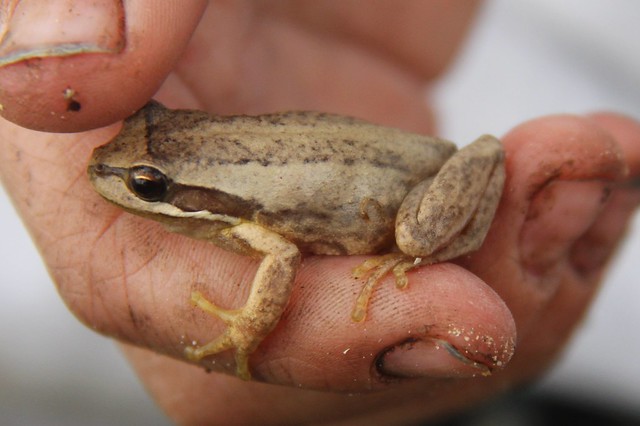 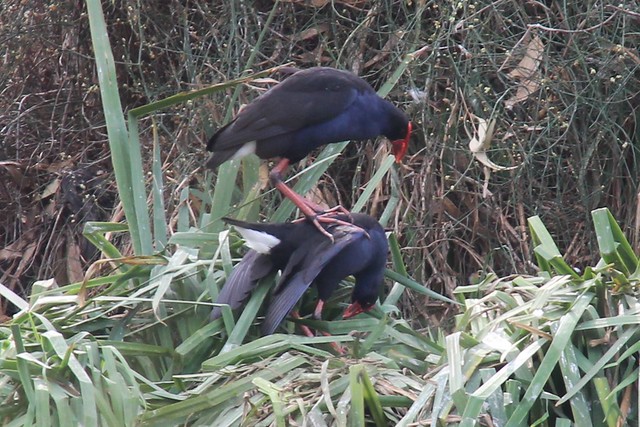 Birding was a bit same ‘ole, although it’s interesting to see that there is still mating going on. Even darters + little black cormorants were going for another round near Princes Bridge. Part of me felt like saying “You are going to be nesting when it is cold. Ha!”

Me, hate the cold? Nah. Well, at least I get less migraines.

Another highlight – for some – was the amount of invertebrates we’ve found. I’ve been trying to get many species identified and keep records, something that Sethy has also really gotten into. 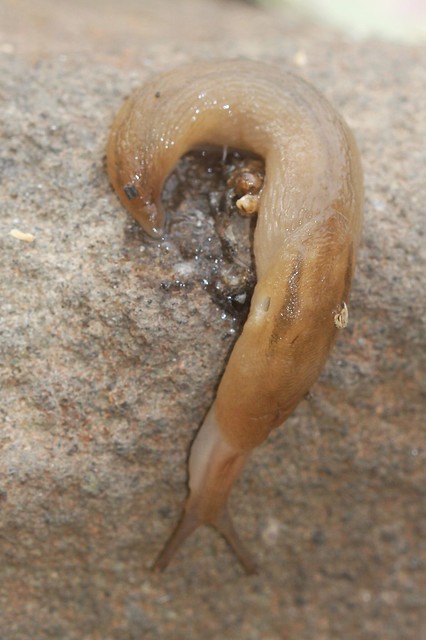 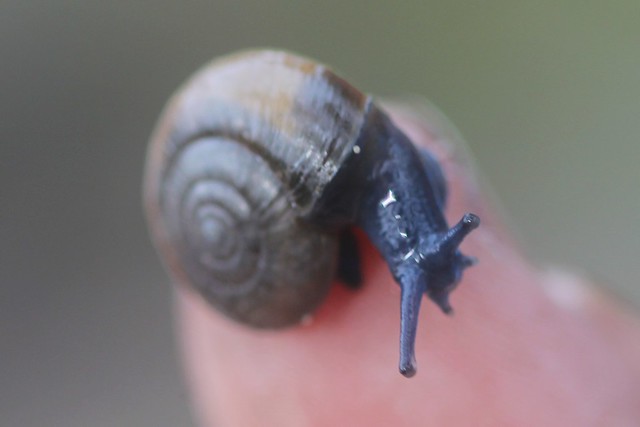 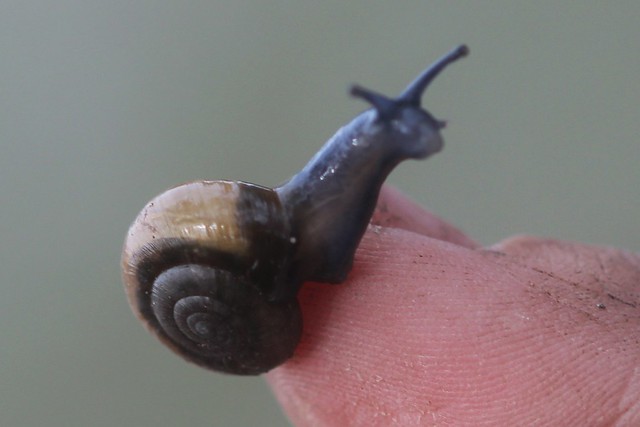 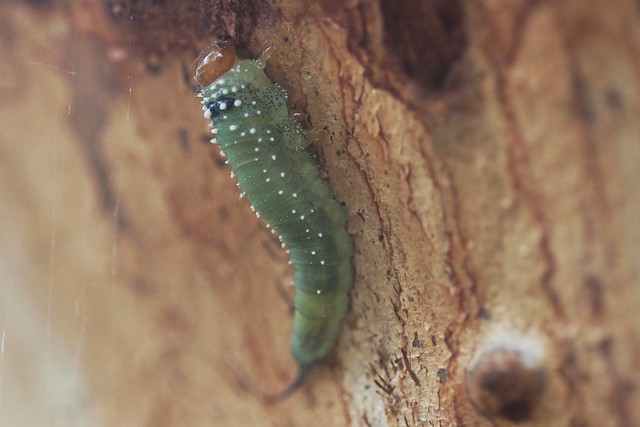 The above has been ID’ed as a sawfly larvae. No wonder I couldn’t find it in my books 🙂 So helpful and Seth gets really excited knowing what species it turns into. 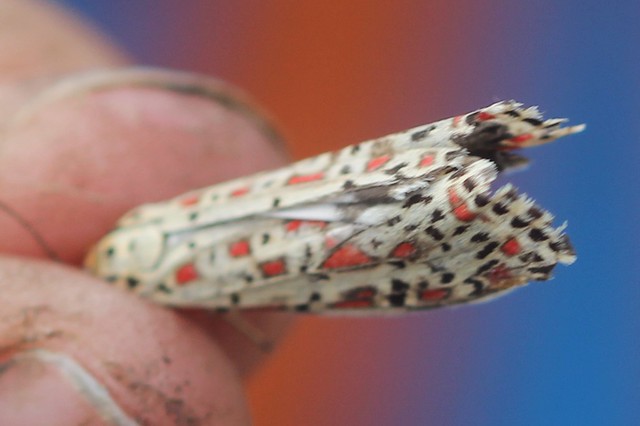 There were a couple of these about. I tried to photograph one and someone scared it away, so he caught it for me. I’m pretty sure it’s a heliotrope moth, Seth has been seeing a lot of them around his area lately. Not so much here 😉

Balyang is changing now that the breeding season is ending. I definitely wont be recording it to this depth again next season. Winter, things will definitely slow down and I’ll be reassessing how I blog about my adventures.