I was really excited to visit Lake Victoria. I love the Bellarine Peninsula. I lived there for 9 months and really regret not exploring it properly. It’s something that I’ve been planning to do now that I’m better…. but I’m not fond of going to areas I’m unfamiliar with.

The lovely Grace asked if I wanted to go along for my first Field Nats outing and told me that the area was good. I agreed, and I’m very thankful I did.

Lake Victoria is about 1-2km from the main lighthouse in Point Lonsdale. It’s accessibly from Emily St and there are a number of bus stops that go really close to there. From what I saw, there are no public toilets there though. 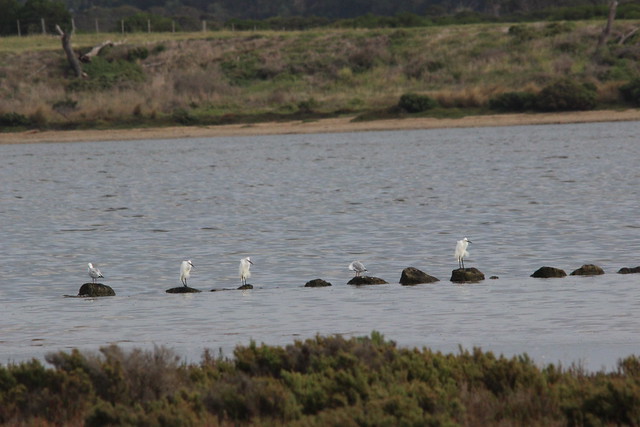 The rocks near the entrance are a popular spot for little egrets – or at least they were on the day! This is a spot that warrants multiple visits to properly explore. 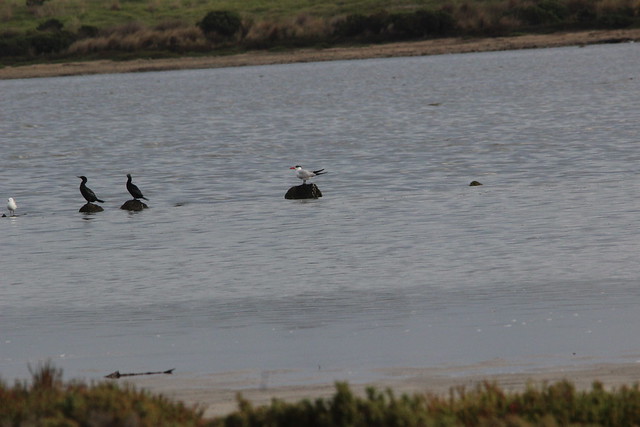 Among those rocks we found a caspian tern. I’m always grateful to add another tern to my list but, as a species, they vex me. 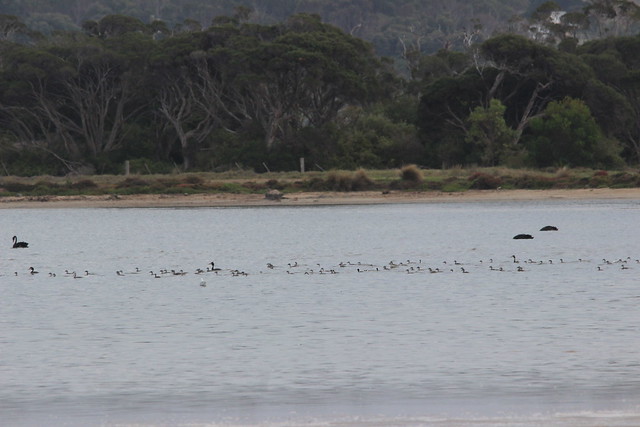 We saw this large group of grebes, primarily hoary headed but with a couple of great crested. It was amazing to see. Those with a scope saw musk ducks closer towards the back of the lake. 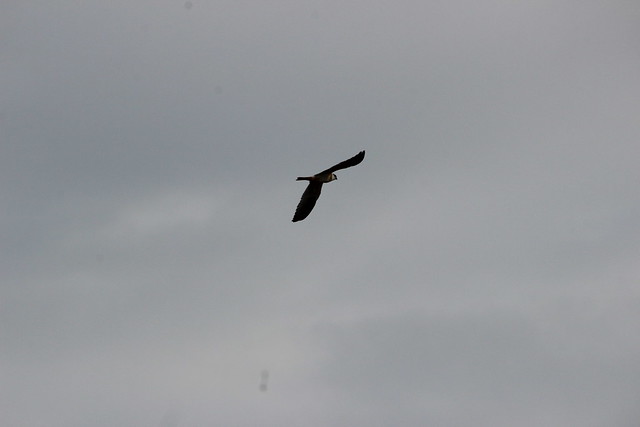 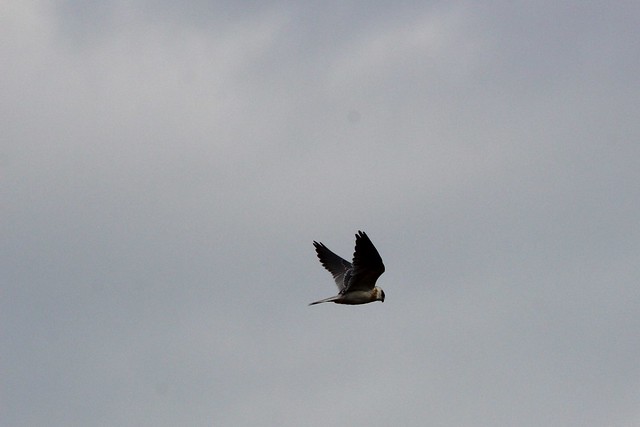 I loved seeing this black shouldered kite hovering above us. It stayed for a short while, allowing my camera enough time to focus. It’s such a beautiful bird. 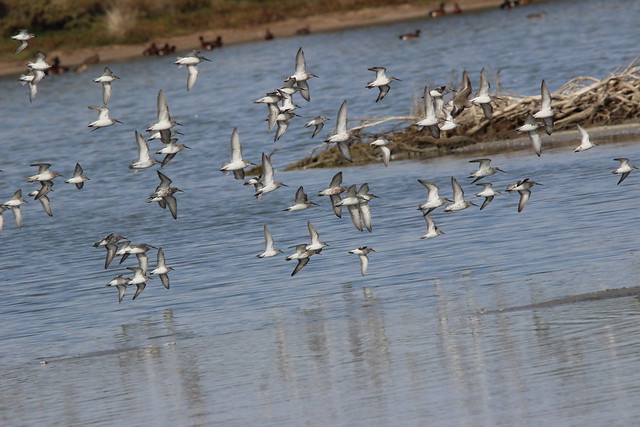 Large flocks of sharpies and red necked stints. The group was largish, so they would fly off occasionally when spooked. It was great to see this up close. 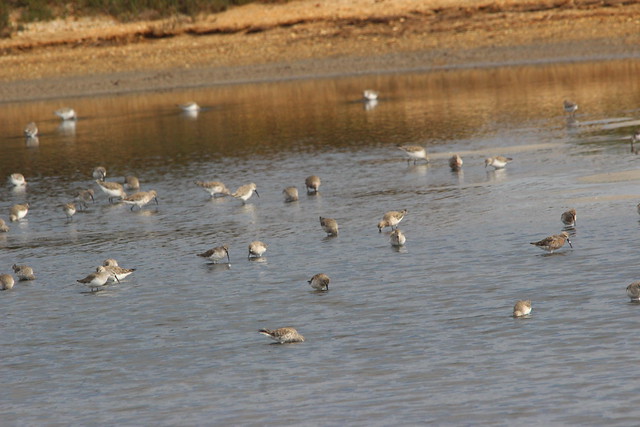 You can also see that some of the curlew sandpipers were getting their reddish breeding plumage. I loved seeing this up close. 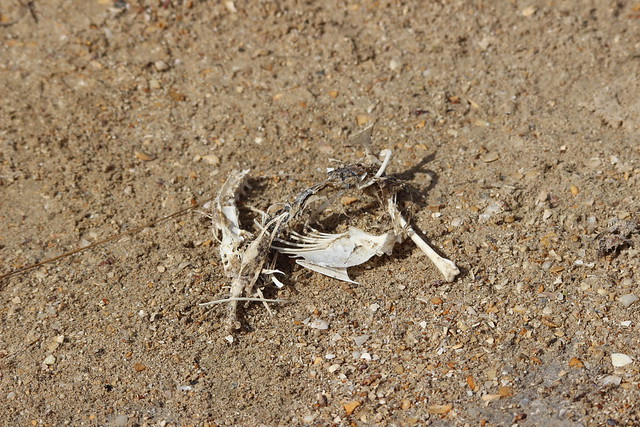 Not sure what this skeleton is. I did consider taking it back home for the little dude, but figure he has enough random bits of animals that he’s found while adventuring. 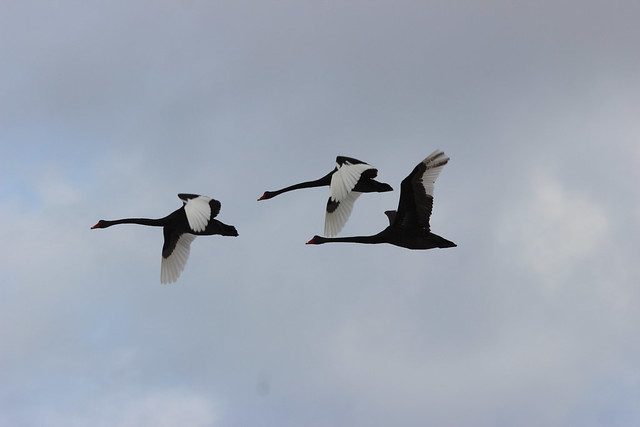 There are hundreds of swans there – it’s somewhat similar to Swan Bay. You can’t get close to them like you can at Truganina. They also spook a lot easier then birds at more populated locations. 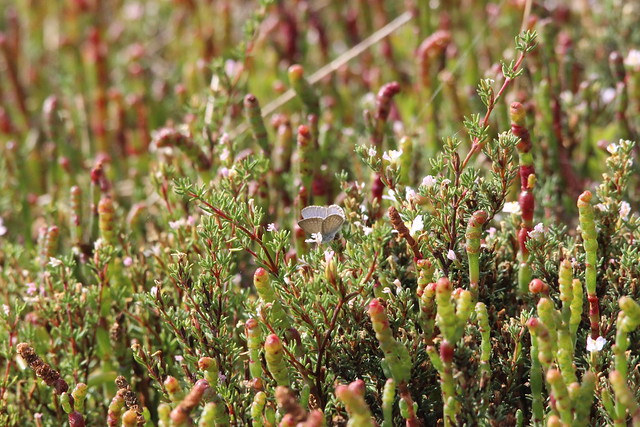 A lovely butterfly. Some of the ladies in the area were commenting on it but I missed the species name. 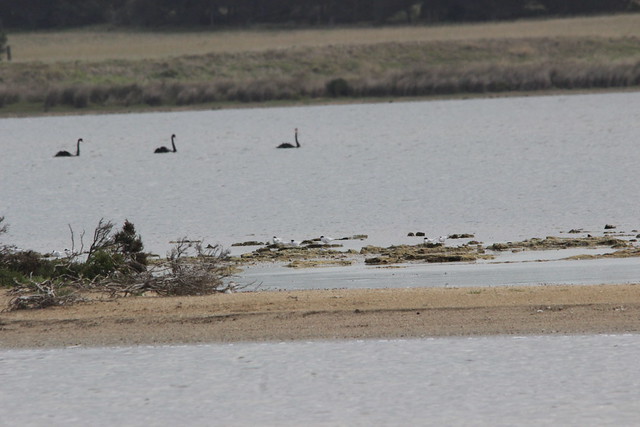 There were fairy terns sitting out on these rocks. I could definitely see the size difference at the time. Sometimes you can get the little terns in this area. It is about half way up the lake. You need to step off the path and walk along the side of the lake to get to this point – a lesson I, and my shoes, would later learn.

I appreciated how some of the fellow field nats were referring to the field guides to double check what species they saw. It makes me feel like less of a moron. 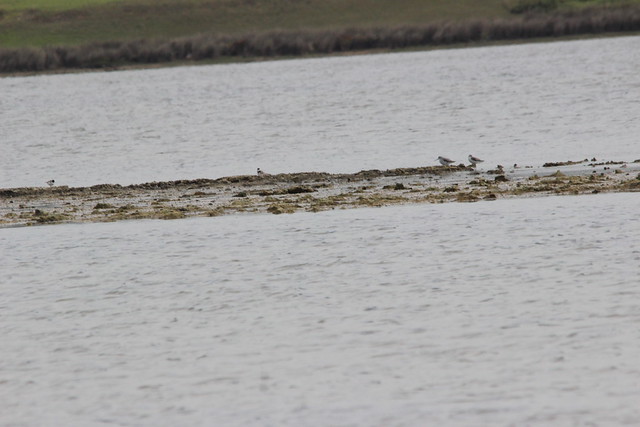 There were also two hoodies! It was really surprising. Some people suspected they were younger ones although I couldn’t see any leg bands. Most of the group walked further up to look at something while I stayed back to watch the hoodies. I didn’t move, because I didn’t know who the scope belonged to and didn’t want it to get damaged if no-one was around. That was when this little guy came up. 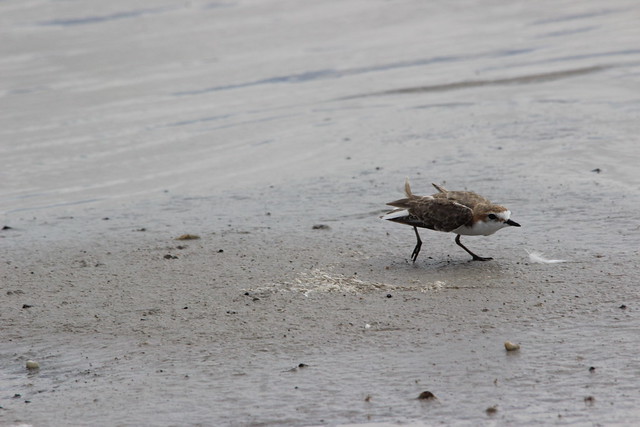 A red capped plover doing it’s ‘broken wing’ display. It does this to lead predators away from their nest or chicks. Apparently there was a chick further up. I didn’t move as I was minding the scope so took the following pictures. I felt so guilty doing so as I knew my presence was causing the bird distress. 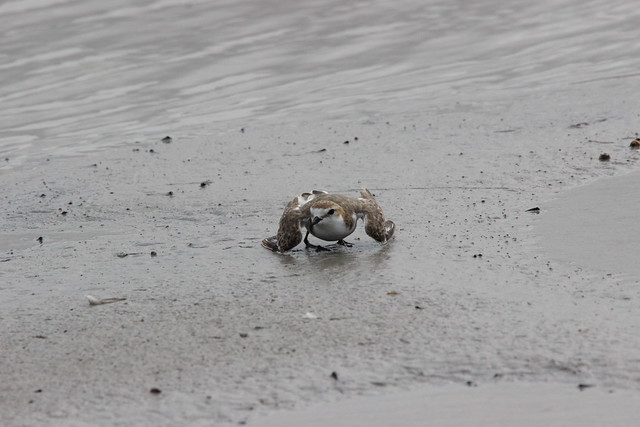 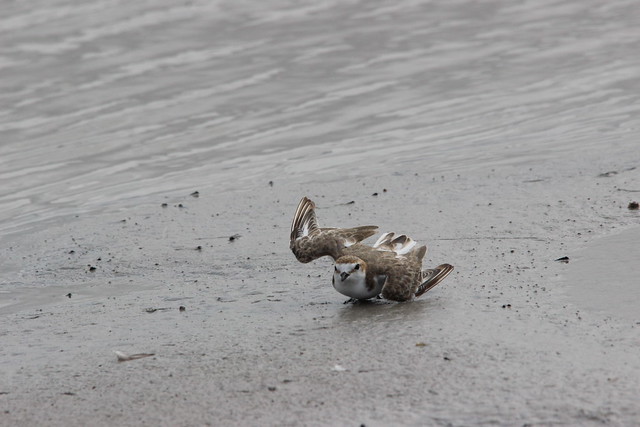 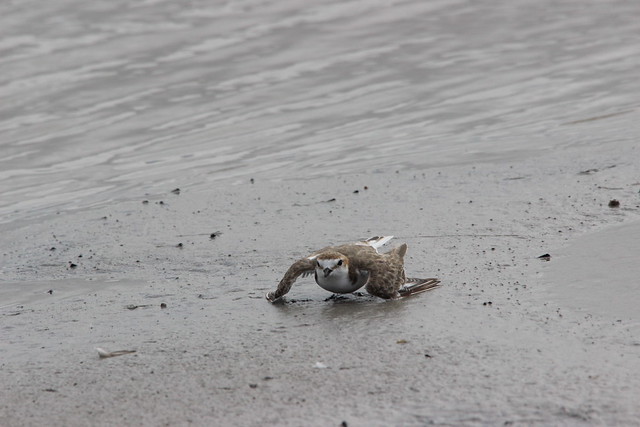 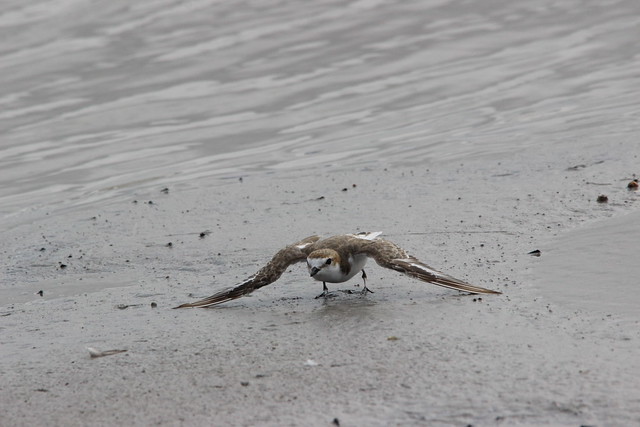 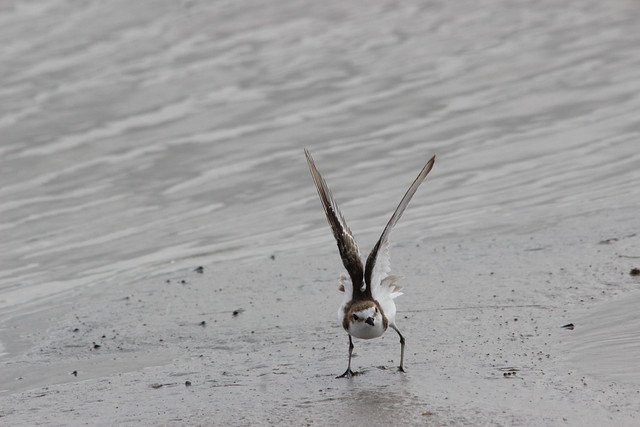 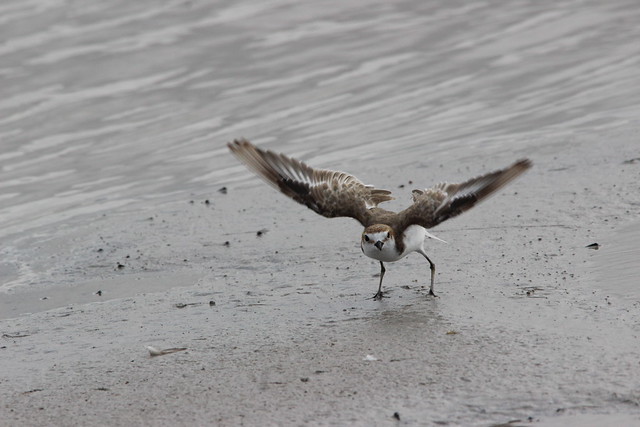 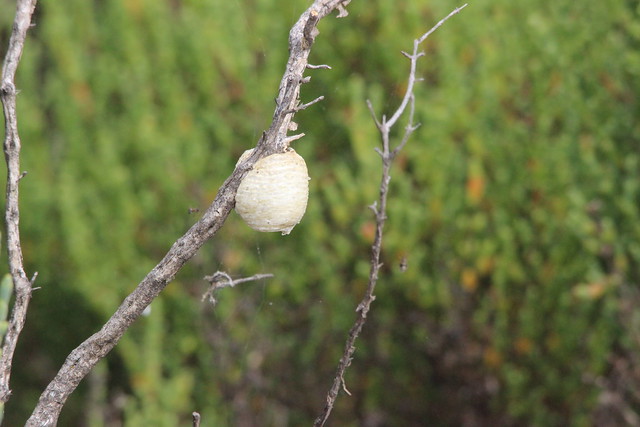 The above is what I believe may be some sort of fungi, although I really have no idea. 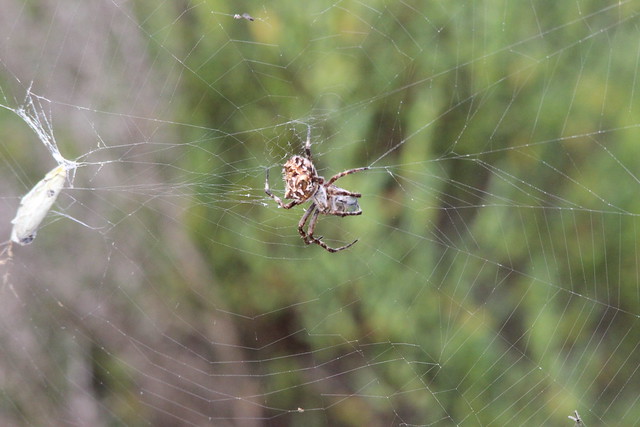 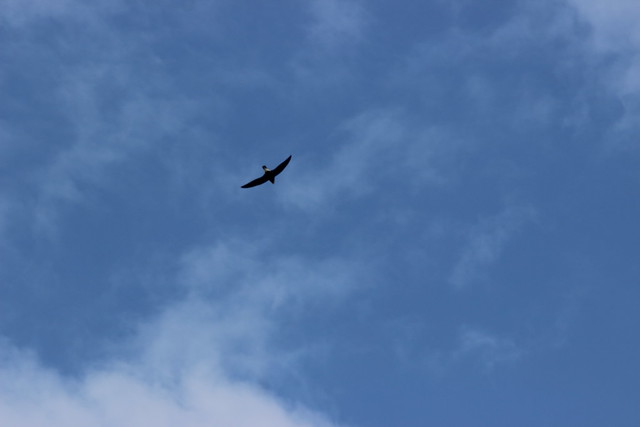 A white throated needletail. I believe a fork tailed swift was also spotted but I can’t be sure that I saw it. So fast and difficult to discern! 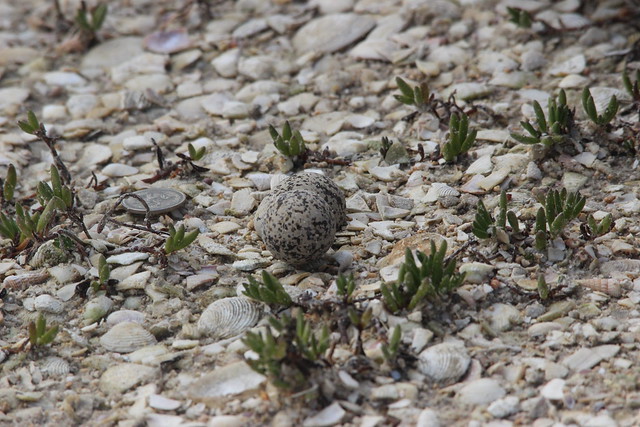 An egg we found shortly after leaving the red capped. I’m not sure what species it belongs to. 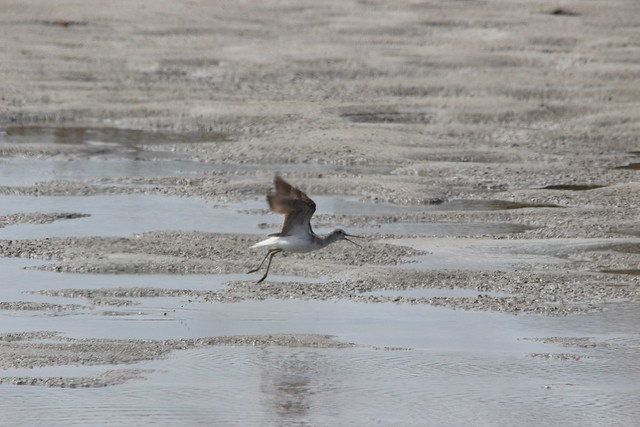 A common greenshank. It was nice that others on the group were able to point out the call, it really helps newbies like me learn.

This was my first proper field nats excursion. I don’t know why it took me so long to join! Yes, there is an age bias towards older people. Someone explained it to be though that a lot of people have less time for the activities once they start families. They drop out of the community a bit and then rejoin when the kids are a bit older.

Everyone is super friendly and it’s not overwhelming like other groups I’ve been on. The pace is slower. I don’t feel as zonked.

I’m definitely planning on returning to the area. In fact, Seth and I visited here last weekend! I’d love to get to know the area better, preferably with someone else helping me.