Earlier today, Sethy and I made a quick visit to Balyang. It was an impromptu trip. The weather was decent and was due to turn in a couple of hours.

It turned out to be an awesome trip – partly because of the recent crazy weather. 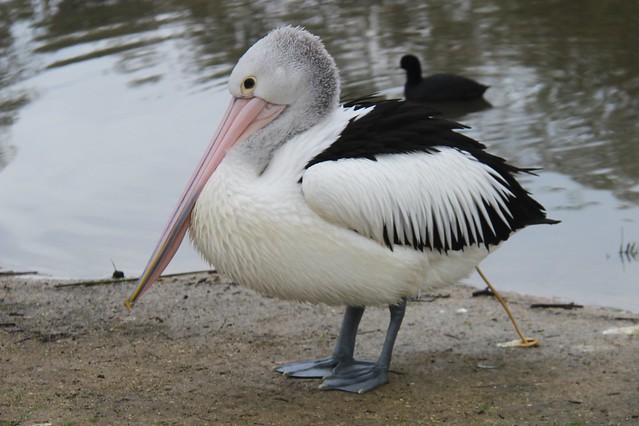 We were there earlier in the morning, so this pelican was standing unusually close. I’ve had to put a pause on my bird poo photography project due to time constraints but still thought it was worth a try. Success! A much better shot then the previous blurry one. 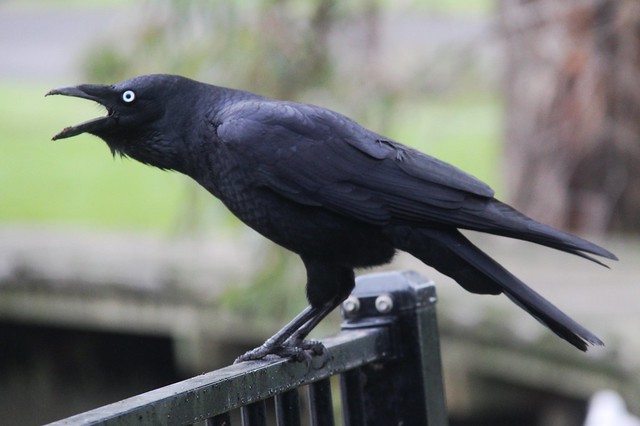 A raven landed on the bridge as we were nearby and I had a hunch I had another opportunity. Alas, I was asked to zip up someones jacket at that moment. Oh well. 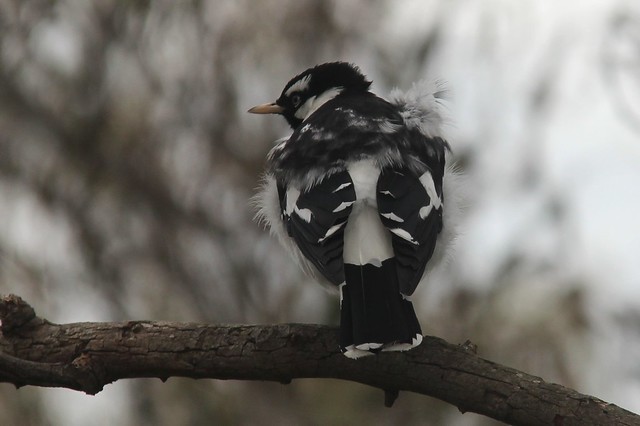 The weather was quite windy and this mudlark was grooming itself. I could have gotten some brilliant photos if someone wasn’t distracted by all the frog sounds.

We did find some interesting fungi along the river and at Balyang itself. Alas, I haven’t had much luck in ID’ing them. I’m putting stuff on Bowerbird but am very, very doubtful. That, and Fungimap said they are extremely busy and don’t have much time for ID’ing records. 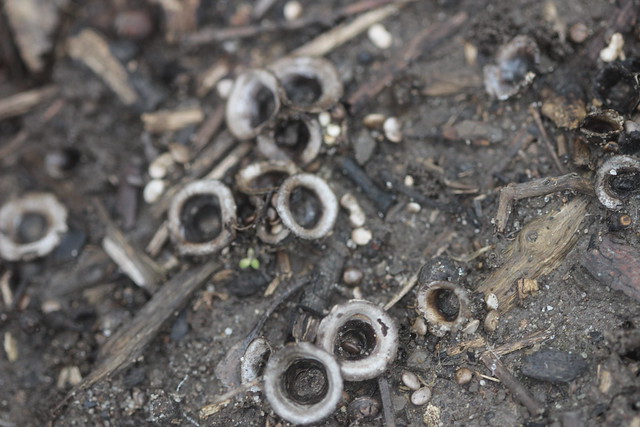 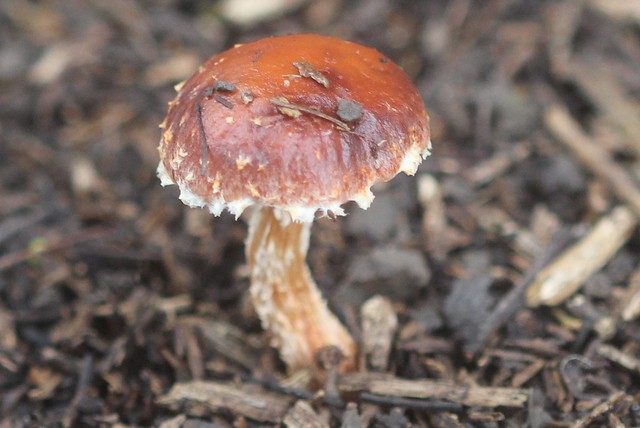 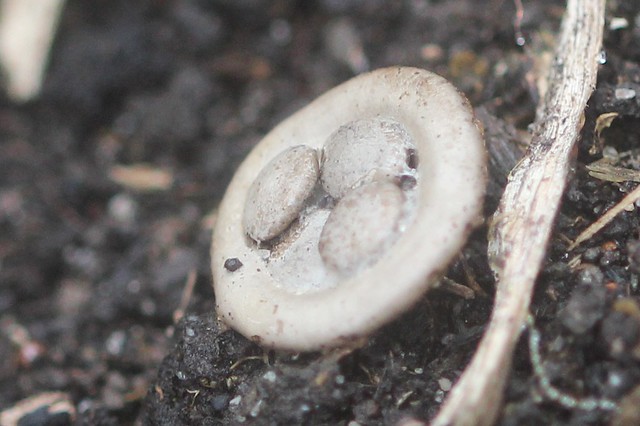 We still had some time, and sun, so wandered over to Yollinko boardwalk. I didn’t expect for anything to be there, I just thought it would be a way to extend the adventure a bit.

There was water in there! 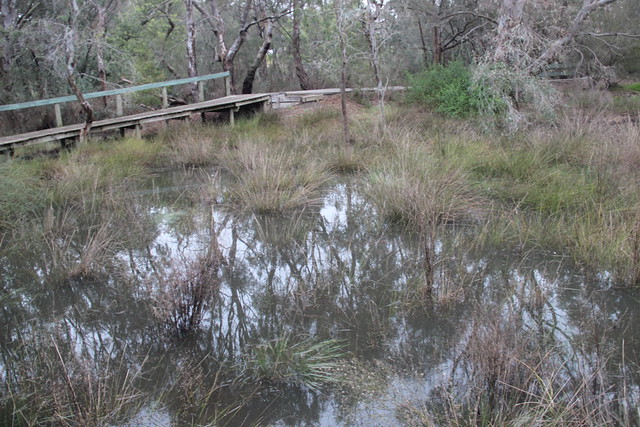 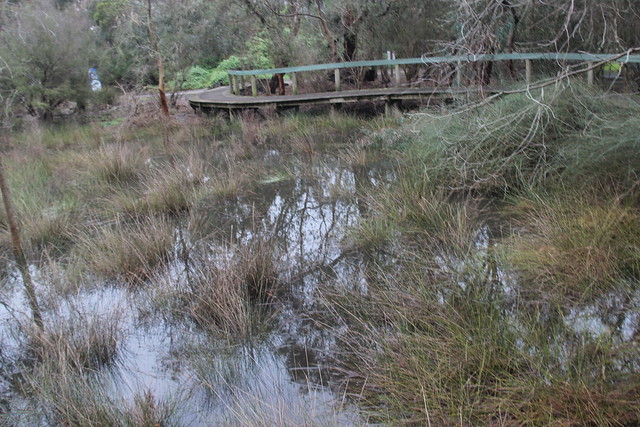 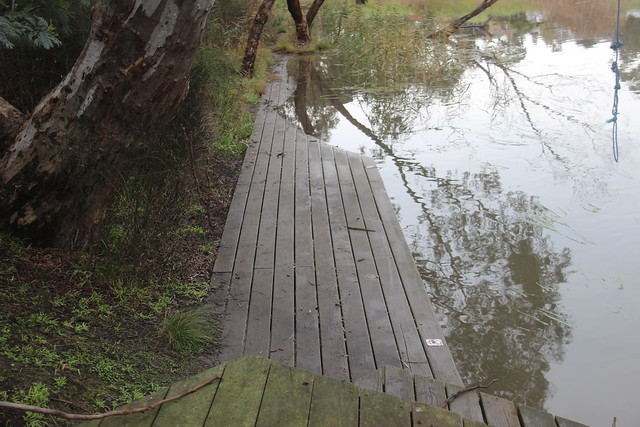 I never saw it like that in the three years I lived in Highton, nor in the year since I moved out. The river was even creeping up the fishing platforms and past the canoe ones. There were frog calls everywhere in the main area. It was phenomenal.

The flooding also had the benefit of causing a lot of fungi. It was that prolific that we dragged mum down here later in the day to photograph it all. Alas, by the time we got there the heavy rain had hit. I’m looking to ID them but not holding out much hope. 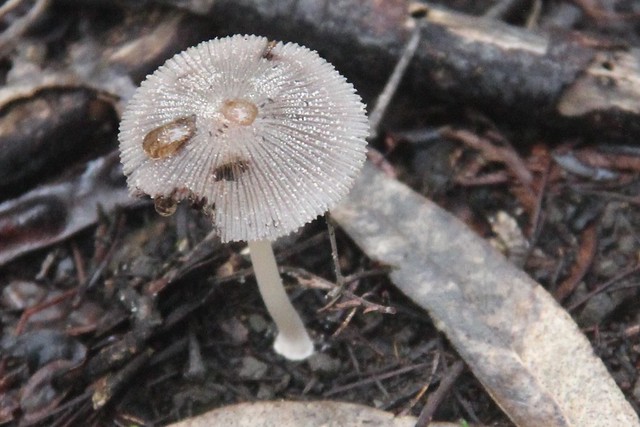 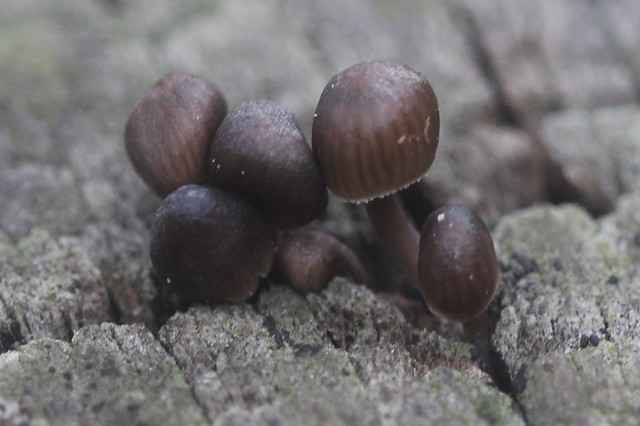 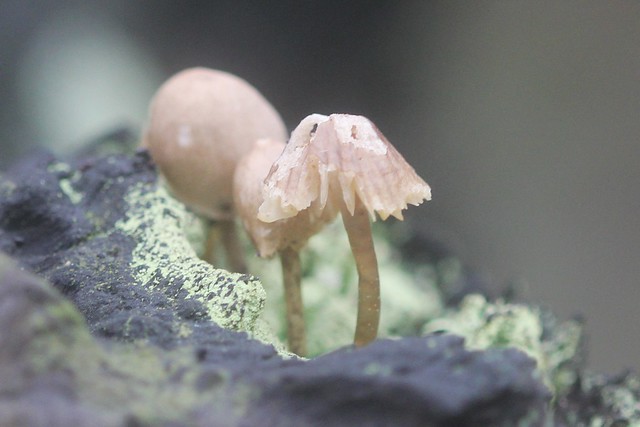 We found this larvae attached to a log. There was at least 50 of them spread over a large area. I put them on Bowerbird and they were quickly ID’ed as a honeybrown beetle, which is a ‘Tenebrionid’. I’m so glad I bought that book on Tenebrionids in the CSIRO sale for a massive discount! They are known for skeletonizing leaves, which is funny because we noticed some interesting leaves and thought about taking them home. 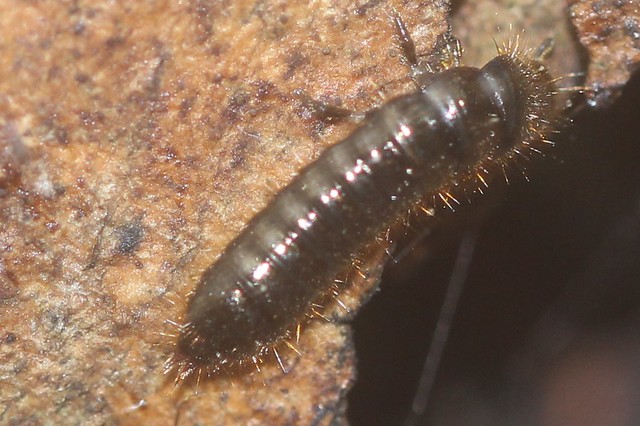 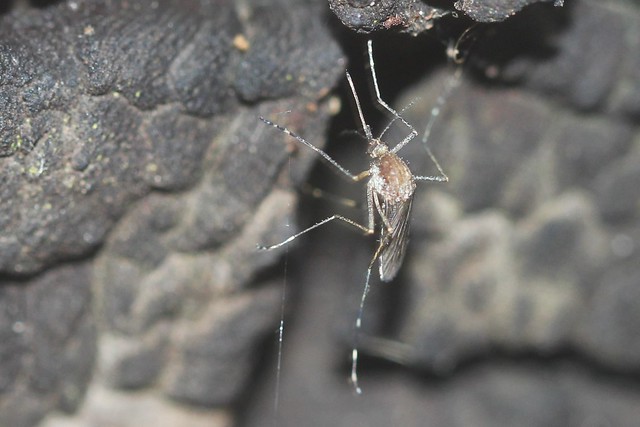 I’m not yet confident enough to ID the above mosquito, despite buying the book. I had hoped to get more photos but someone picked it up and squished it before I could. Oops!

This is going to be a fascinating time to see how the ecology of an area changes. Just need to figure out how to learn as much as I can without overexerting myself too much. Someone may have an issue with trying to learn everything.