Earlier, I shared images about the groundcover returning to the property. It is so exciting to see. Even more exciting to see is that the fungi is coming back.

I lost interest in the property for over a decade. I’d choose to stay home instead of going up here as a teenager, as it was one of the rare times there wouldn’t be many people home. As an introvert, I relished that solitude. As an adult, my love of nature was pushed aside to focus on getting through each day.

It is like I’m looking at the property with new eyes. There was one season where the fungi was magnificent. This is over a decade ago. The colour was amazing and I haven’t seen fungi like that up there since. Also, because I kept a distance, I lost track of the patterns.

Fortunately, mum never lost her love of the property. She remembers the places where you could find the interesting ones. I’ve given her and Seth my book on fungi because I just don’t have the time to pursue this passion.

I managed to get some of them ID’ed on Bowerbird. I’ve sent in others to Fungimap but have yet to hear back. 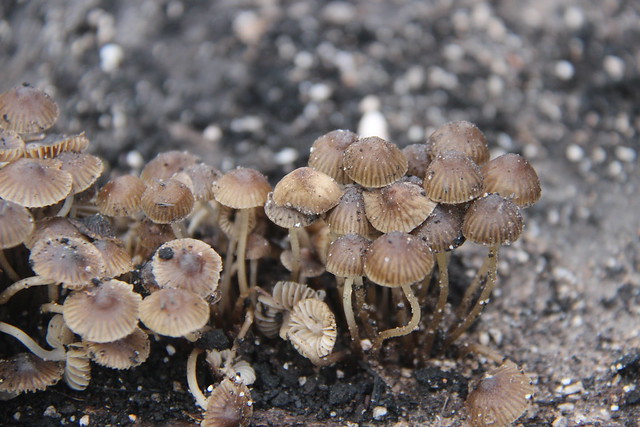 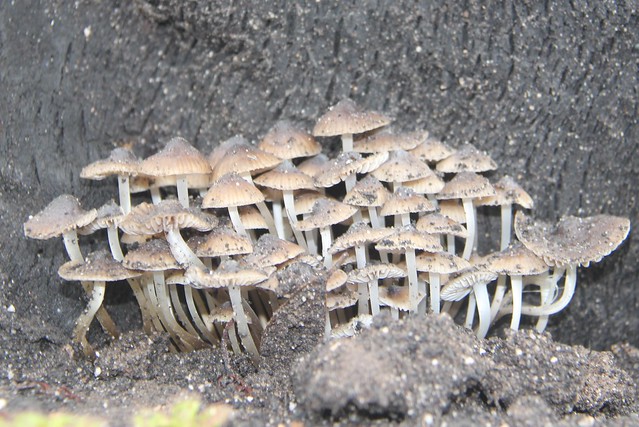 These guys were cool, they were at the base of a tree near the front gate. They’ve been identified as from Coprinellus. I don’t know if it is possible to ID the species from any photos or whether I need more photos however as a species, I’m mostly interested from a photographic perspective.

Now this fungi is fascinating. When I first saw it, I assumed it was a new fungi due to the bushfires. Old photos show that it has been hanging around here for a while though.

It’s such a weird looking fungi. It was initially ID’ed as a Laetiporus species. Then, Dad picked up a copy of a free local newspaper. I think it was the Meredith times? It featured information about how the aboriginals used to use the fungus. In Tasmania, South Australia and Western Australia a fungus, sounding like this one, was used as tinder and to carry fire as it would smoulder all day (source). I highly recommend checking out that link to learn about aboriginal use of fungi.
It was fascinating to see new specimens of it in different areas. 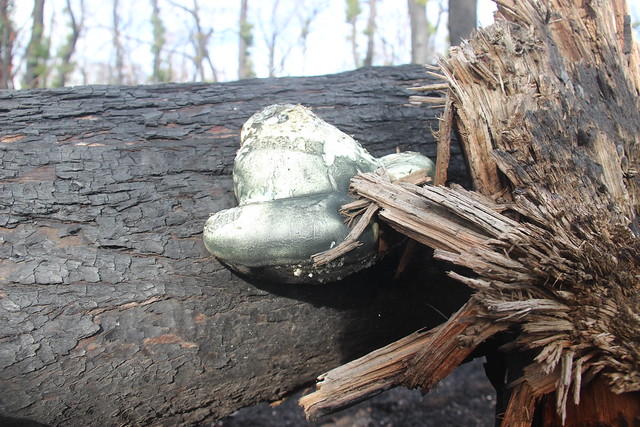 To experiment with macro shots (something I may just focus on in the future – fudge science!) 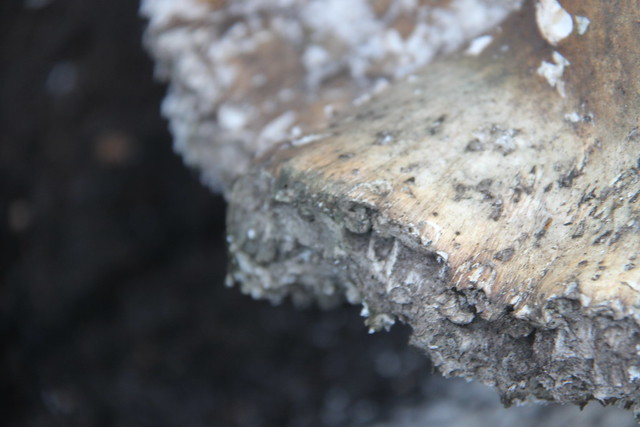 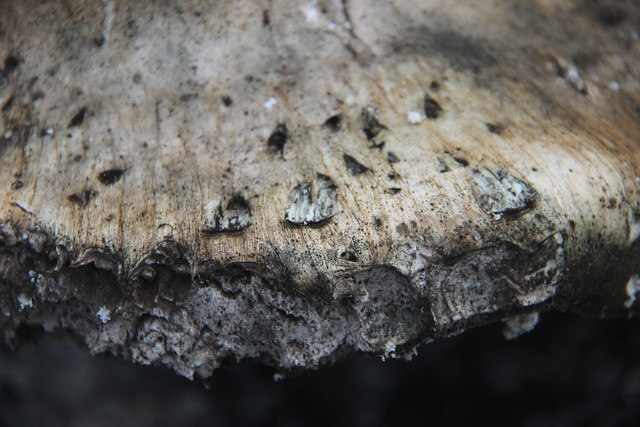 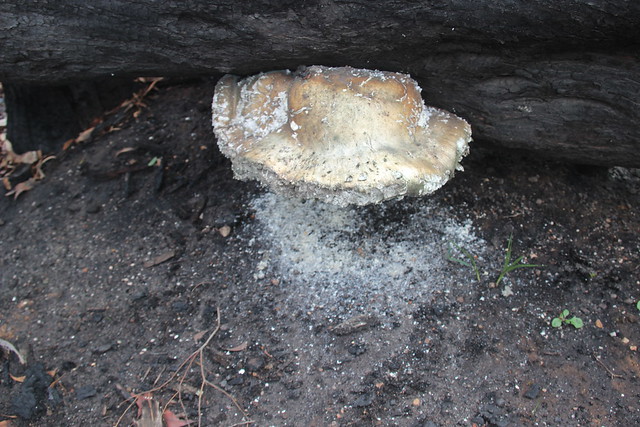 …and showing the spores. Check out more about it at Australian Fungi. That blog looks pretty nifty 🙂 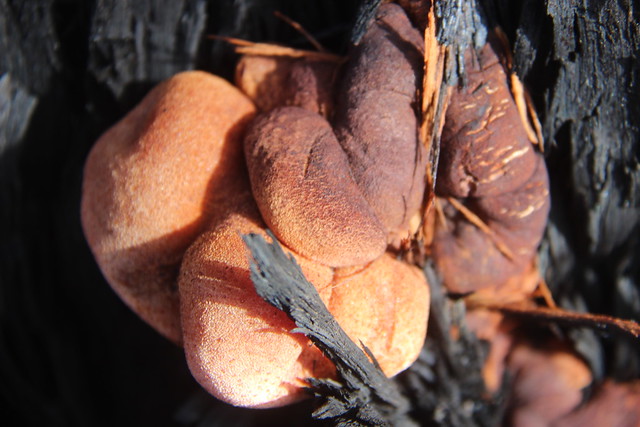 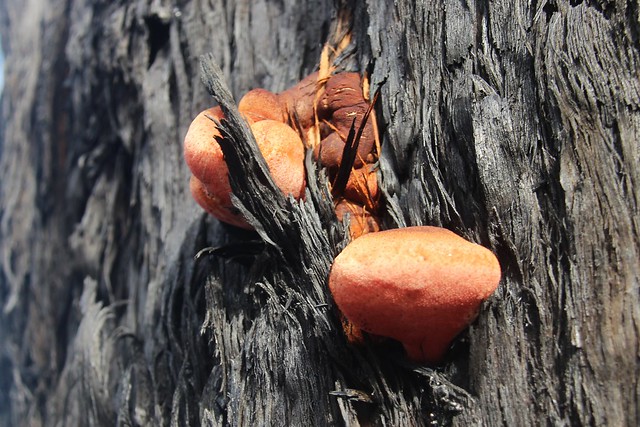 This beautiful/wackadoodle fungi is also known as Beafsteak fungus. It doesn’t always look like this – just when it has newly emerged. It looks totally different when it is properly formed, which you can see on the Atlas Of Living Australia site.  That page also shows how to tell it apart from other species.

I have no idea what other species I’ve found, I’ve kinda given up on trying to ID them. I love the below photo though because it looks like the side of someones face. 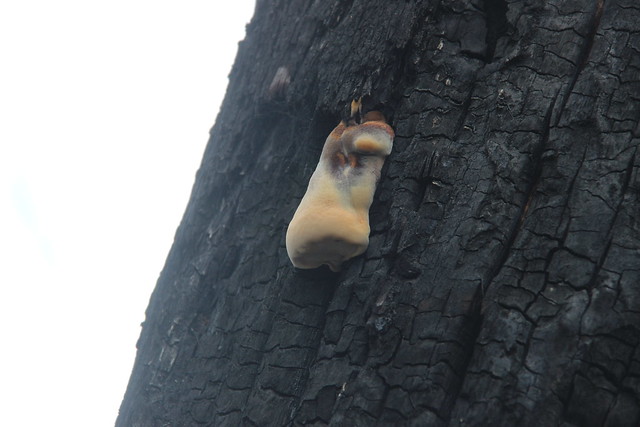 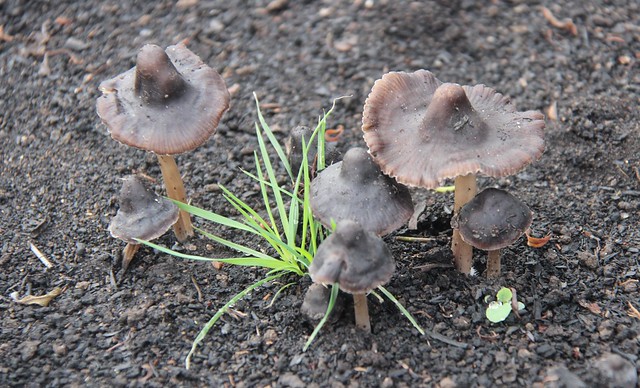 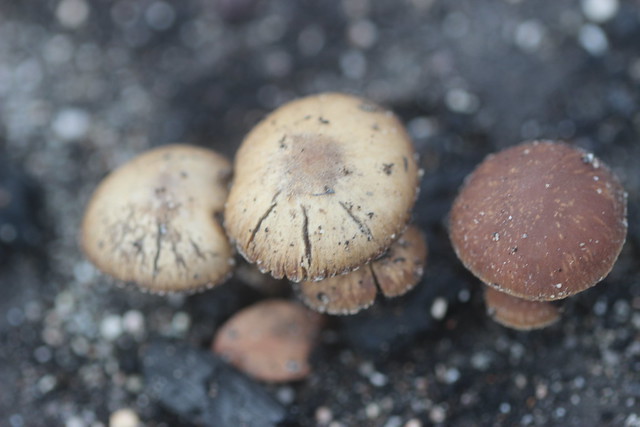 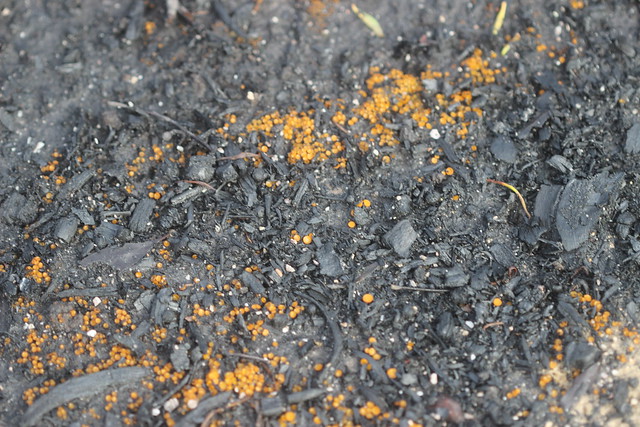 There was a definite smattering of spores in certain areas, which bodes well for the future 🙂

I found this article on Fungi and fire recently – it’s definitely something I need to research. Hard to find accessible info on it though!

I’m also finding fungi to be an extremely overwhelming topic of study. Almost too overwhelming. I don’t have the time when adventuring to photograph every single ID point. I don’t have the mental energy to learn which ones I should focus on ID’ing. It is an important part of the ecosystem and I can learn a lot from it – but wildlife is where my true passion lies.

Narrowing down my obsessions is hard. I’ve always been the type of person who wants to learn everything. Part of me is going ‘ahh! This is a wasted scientific opportunity!’

However, that is probably the part of my brain that has forgotten how to sleep in.