You’ve probably already figured out that Eastern Beach has become my new haunt. There are lots of places on this side of town, and in Melbourne, that I’m keen to explore. However, Eastern Beach is a great place to take either of the boyfriends, knowing that they can happily spend a few hours here and enjoy themselves. There is more going on then at Balyang.

Yesterday, Glenn said he was going to go down to Eastern Park to try and replicate some of my bat photos. I told him that he should probably go to Eastern Beach first. I mostly suggested it because I thought he could learn a lot trying to photograph the grebes and cormorants .

When we got there we were in for a surprise. There was a gannet and it was the closest I’ve ever seen to the shore. I’ve gone to photograph them, what, 10 times now in varying weather? I’d never seen them that close to shore. Perhaps it was the spotty rain but damn I was jealous of Glenn. I had to sit there and watch while he got to have all the fun.

He had the same focusing issues that I did, despite the birds proximity. We still struggled with the medium kit lens. Glenn was clearly frustrated and wasn’t too keen to look at the photos when we got home.

Fortunately, I have the experience to look at the photos on a computer screen before completely wiping off the shoot. The photos aren’t as clear as I’d like but I still think he got some magnificent photos. Many are better then the ones I’ve gotten! I think one of the birds may be a juvenile.

I love gannets and hope to be able to improve my photography of them, as well as find places to get closer photos. 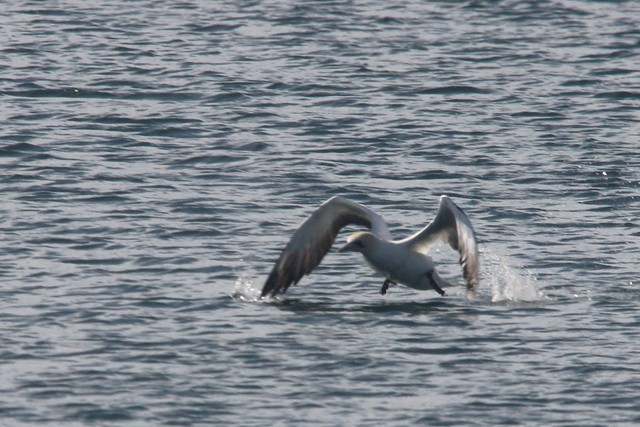 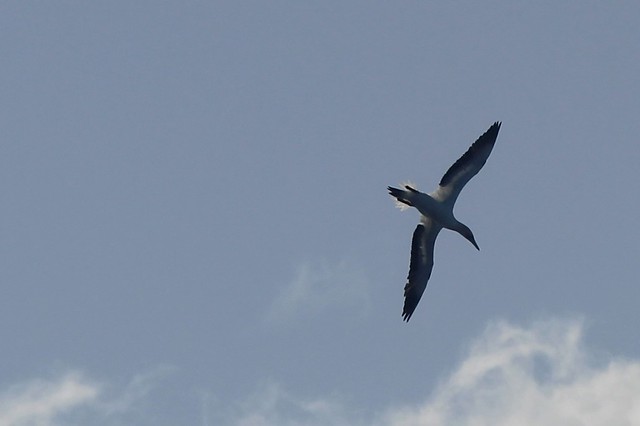 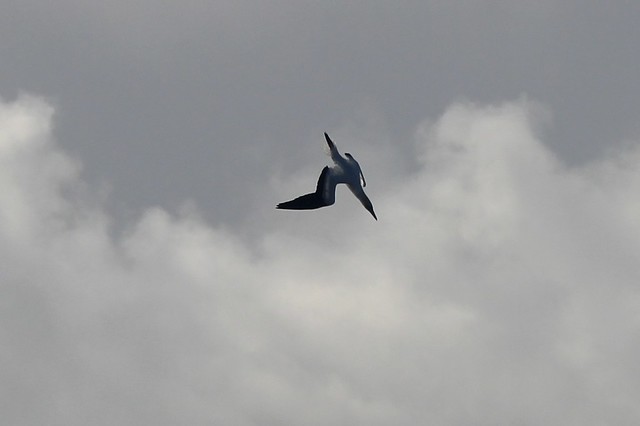 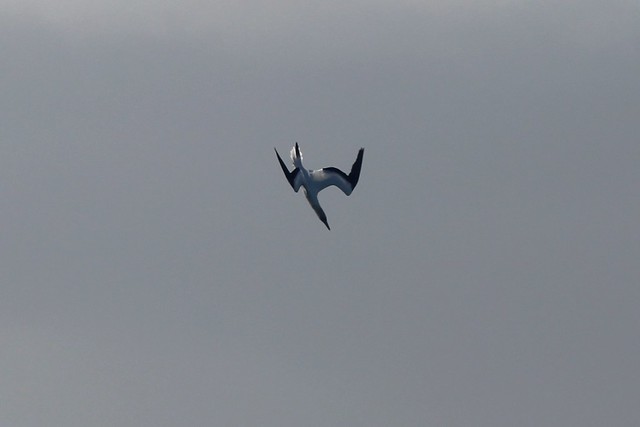 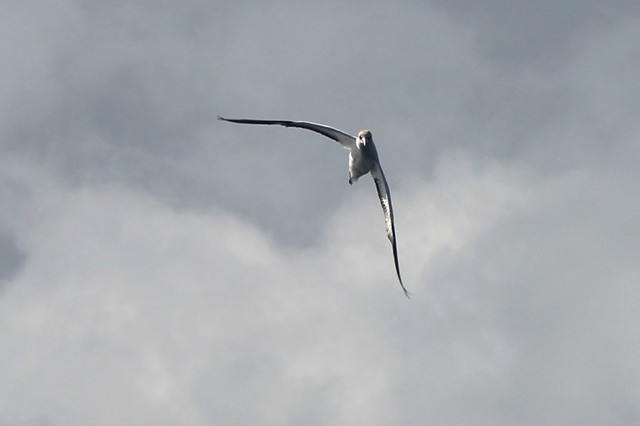 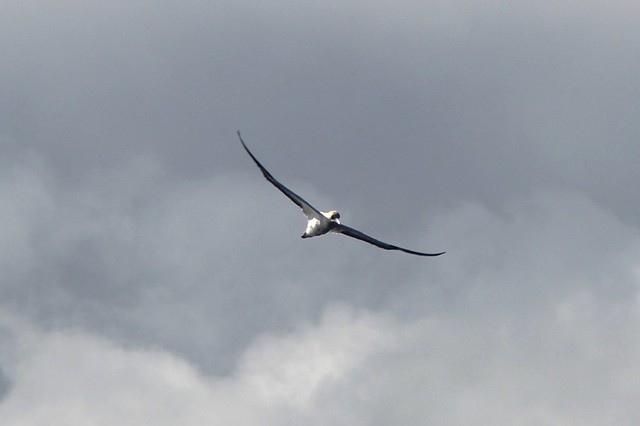 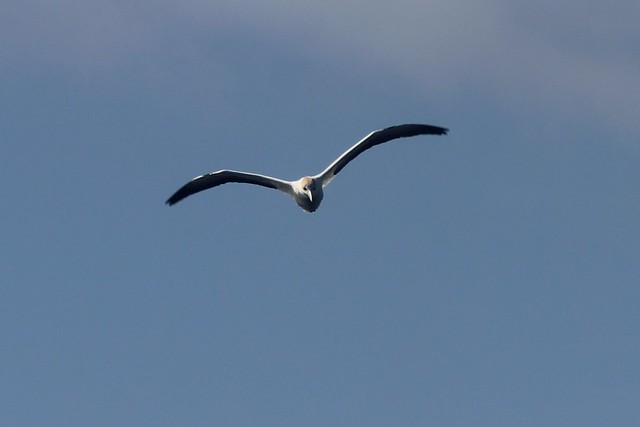 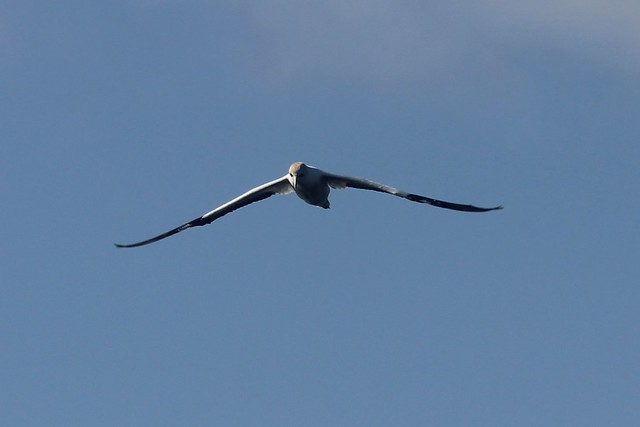 There was a definite emphasis on the gannets – mostly due to how close they were! Many other birds were hunkered down and being boring due to unpredictable rain.

I love the below photo of the seagull. Not too fond of the other ones Glenn got – I think they are too generic unless something is particularly interesting about their behaviour. 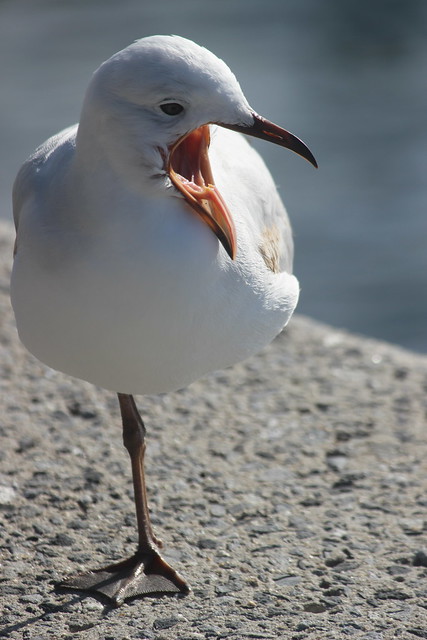 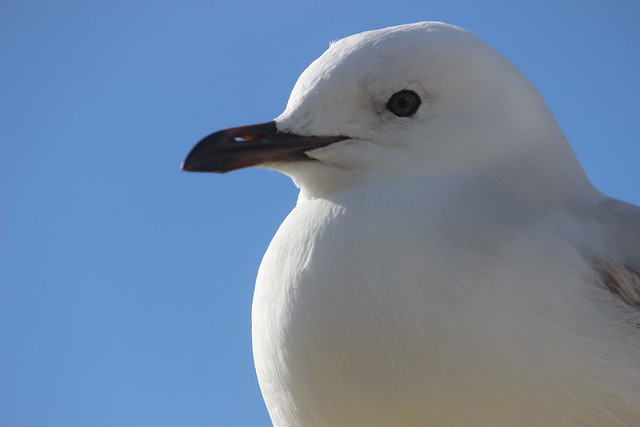 He did get some awesome photos of the terns, below. I think he could have gotten better ones if he didn’t stop too look at the back of the screen constantly. Something is playing funnybuggers with our camera and we can never tell if the photos are clear or not, so I don’t blame him. He misses out on heaps of opportunities though. 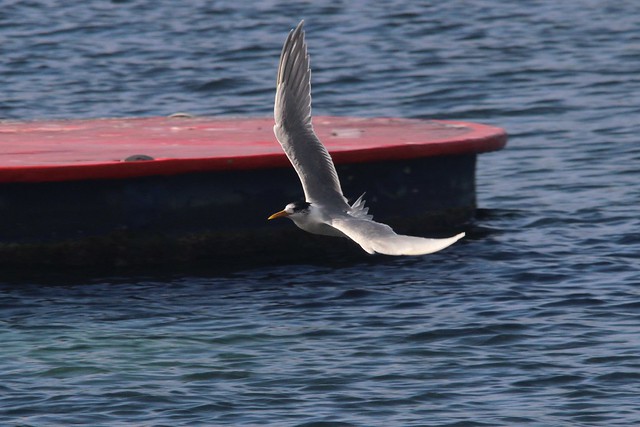 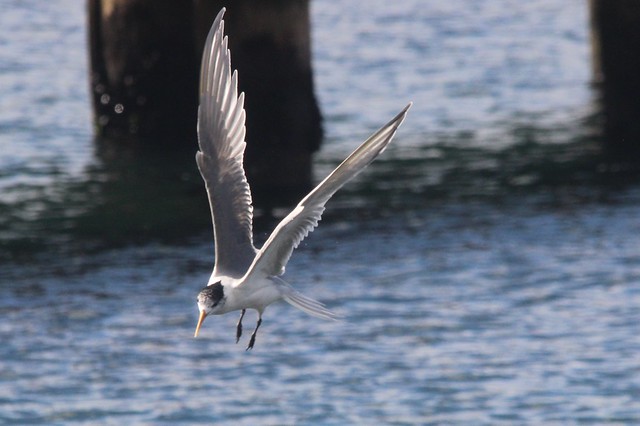 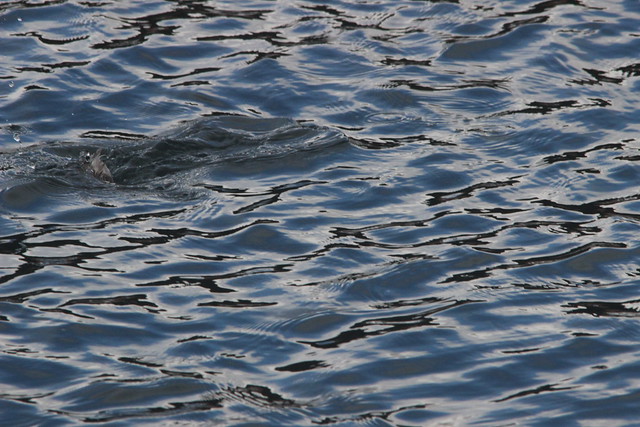 Above is a photo of the tail of the hoary headed grebe during the dive. I really wish Glenn had the patience to explore this theme in photography but don’t blame him, the weather was abysmal.

I really do think I’ve taught him enough to get good bird photography here. He has always been skilled but never noticed a lot of the stuff about birds. He’s at the zoo today and commented that “I never would have known all these bird names if not for you!”

I’m trying to teach him how to watch the behaviour so he knows how to predict what will happen next. I want him to learn how to move quickly when an opportunity presents itself and also how to be patient to wait for all the elements of a photo to line up. I believe these skills would really serve him well in street photography.

And he is learning. I love it.

We were about to leave when I looked up. “Glenn! There’s two corellas up there!” We watched them for a little bit when we realized that they were displaying the same type of nesting behavior that we saw at Balyang recently. I don’t know whether this behaviour is specific to cockatoos/parrots or even birds of the cacatua genus.

We were there for about 15 minutes and couldn’t get any photos of the corella with bits of the tree in its mouth. I’m still impressed with the photos Glenn got. It was fascinating to see.

Still not overly interested in photographing white cockatoos but still, it was fun. 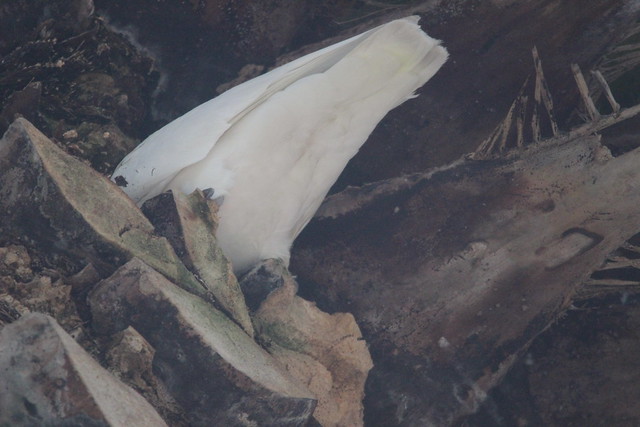 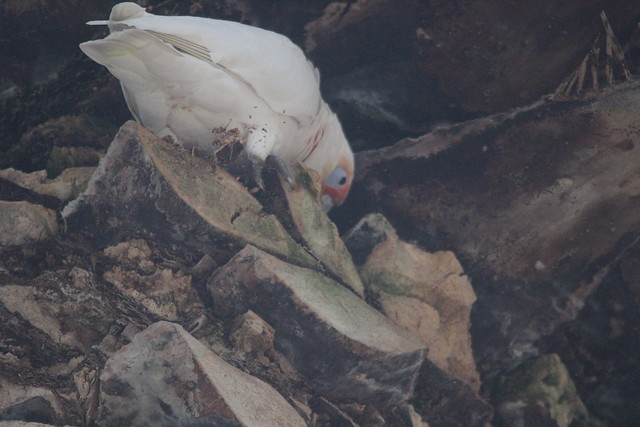 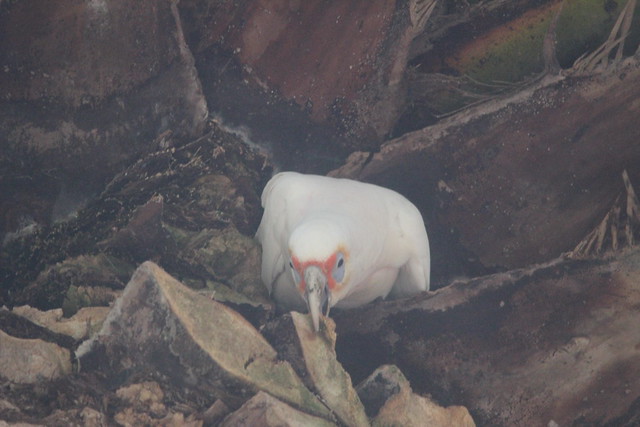 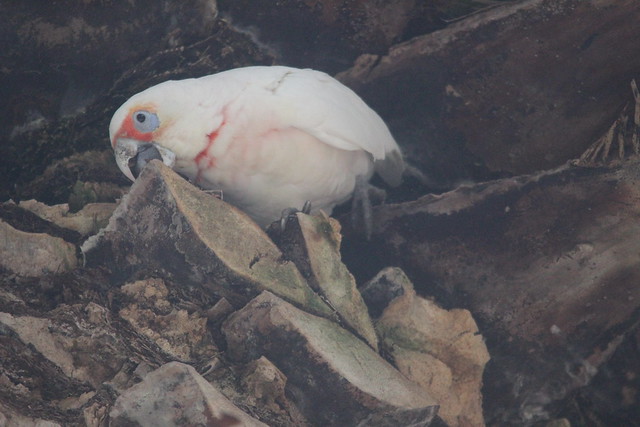 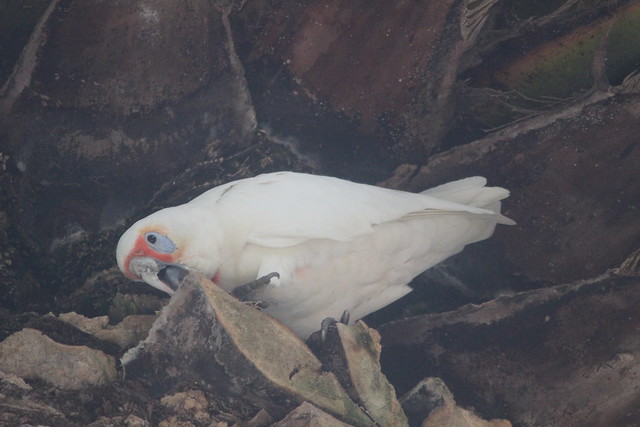 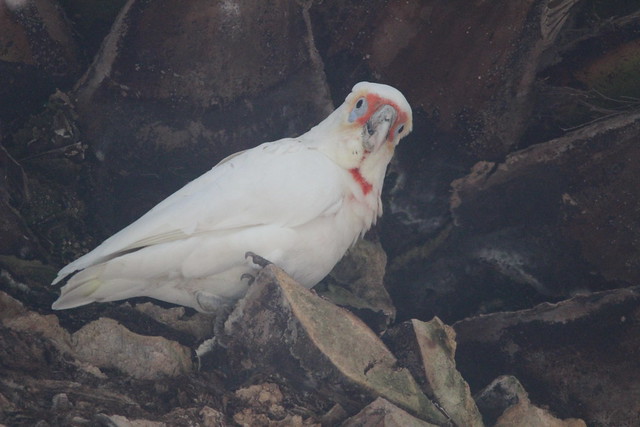