Another day, another series of Gannet photographs from Eastern Beach. I actually had started at Rippleside, following the exact same path that Seth and I had taken about a month earlier. I didn’t have much luck though. The tide was out and there was little more then the swans.

I walked to Limeburners point in search for the missing grebes. There are larger numbers being reported at ponds on the peninsula so maybe they have gone there? I will ask.

Anyway, I didn’t walk back to the promenade on the way back. I sat on a little path that not many people take, really close to the water. I was halfway between limeburners point and the main beach front. I really feel like this area gave me a better vantage point. I wasn’t quick enough to focus in time – as I was trying to follow about 5-7 birds at times – but I’m proud of what I got. 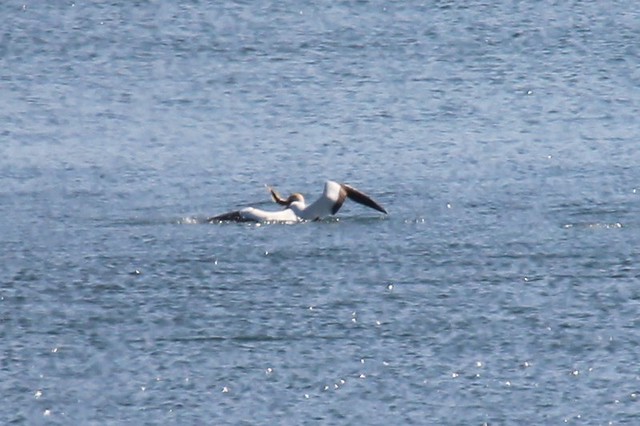 I was photographing a gannet just after a dive when I noticed it had something in its mouth. I couldn’t quite see but I was really concerned. I thought it may have been something from fishing and got pretty angry. Later, I looked at other photos and thought it may be a squid.

Turns out that gannets collect seaweed at this time of year for nesting material. I thought it was a bit weird as we are a fair bit away from a nesting colony – unless there is another one closer then popes eye. Apparently the next four months are the best time of year to be photography a colony if you can get close to one. Thinking of doing a boat tour there but would hate for it to be one that only spends 5 minutes on the birds. 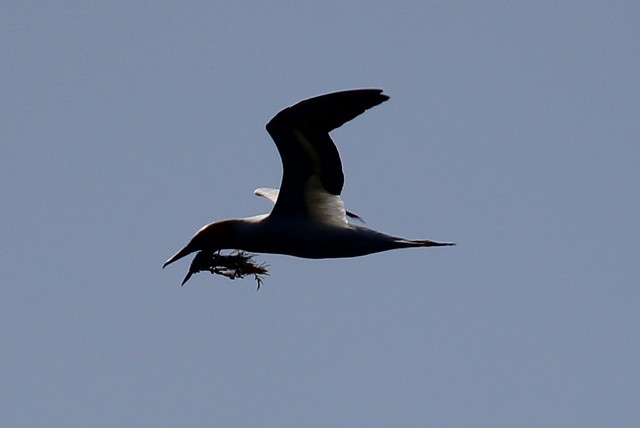 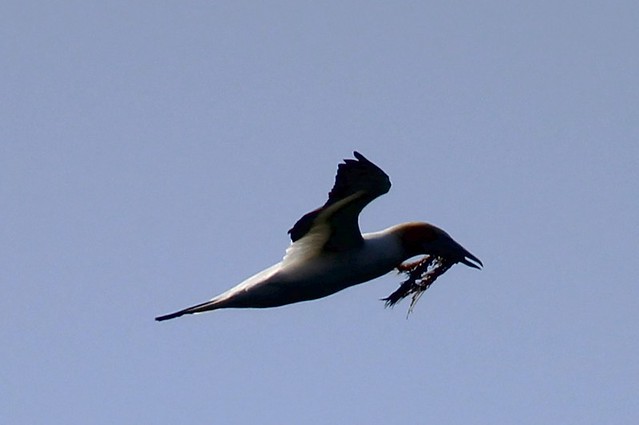 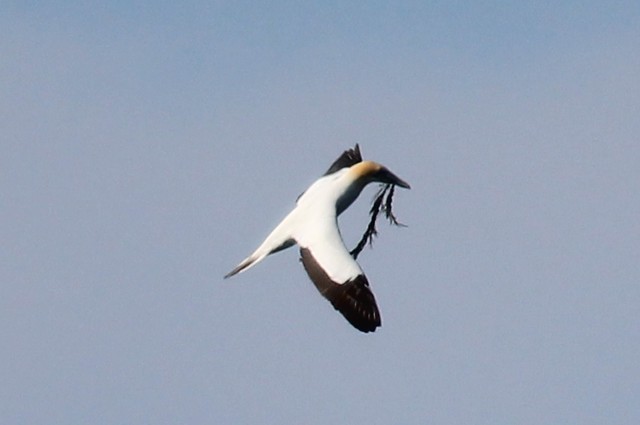 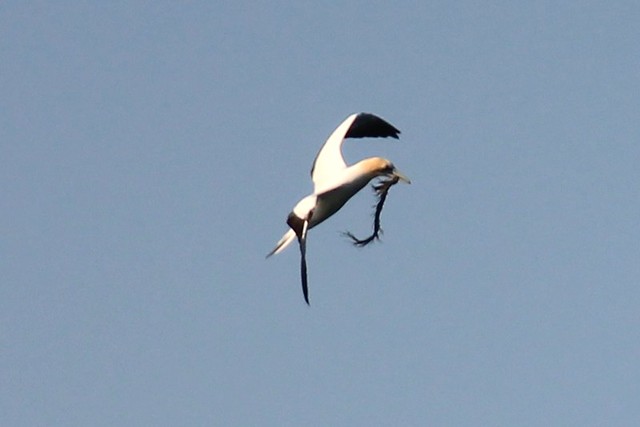 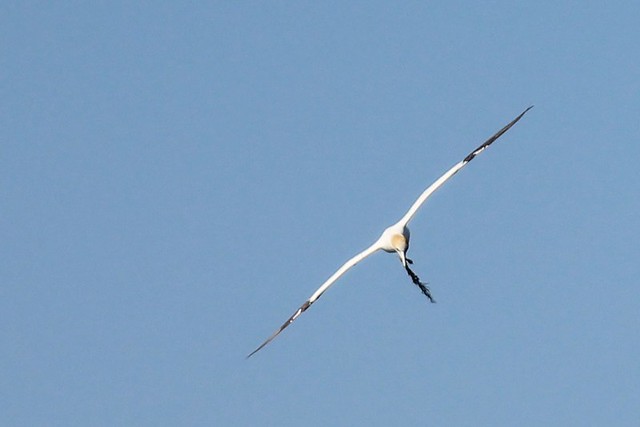 The photos are flawed but I posted them in one of my photography groups on Facebook and got some awesome feedback to use next time. Looks like I can’t just rely on auto and jpegs anymore 🙁 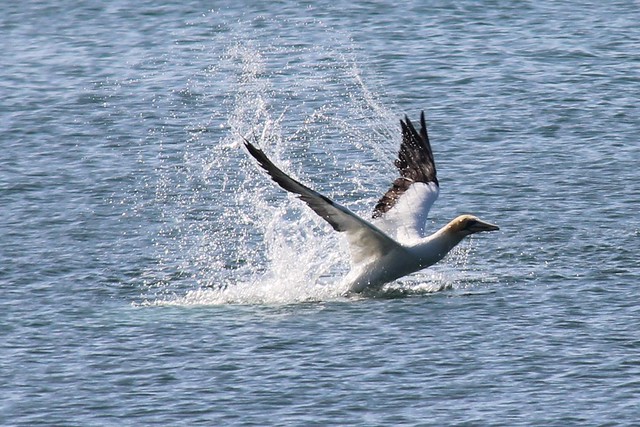 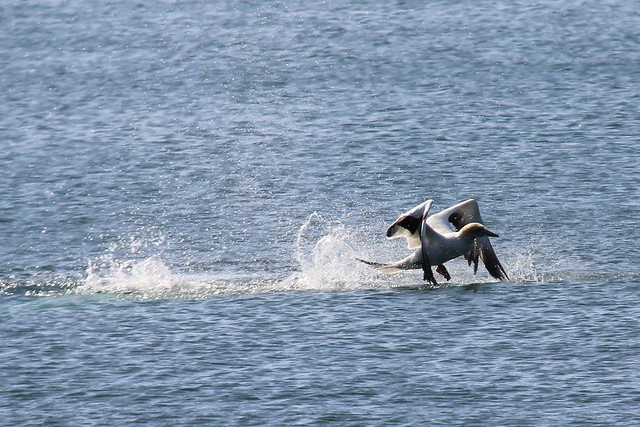 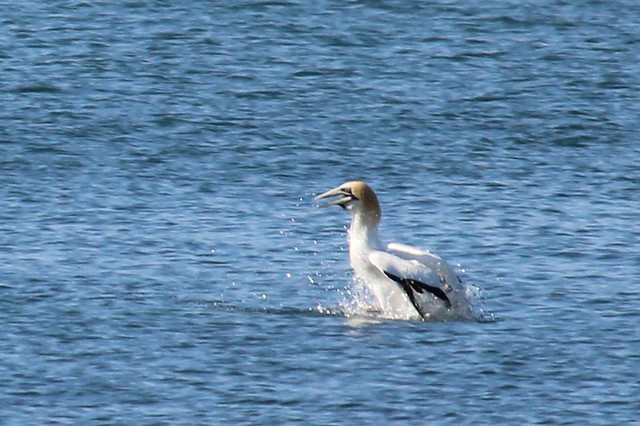 The lens is a significent improvement then others when it comes to shots of them about to fly or surfacing after a dive. I just need that extra second to focus. The bird sometimes waits a couple of seconds before trying to fly and it is a bit clumsy, so I am fortunate in that respect.

I was rarely lucky enough to capture them diving and both times, the shot was blurry. It’s a matter of timing and the fact there are five birds spread over a large area. 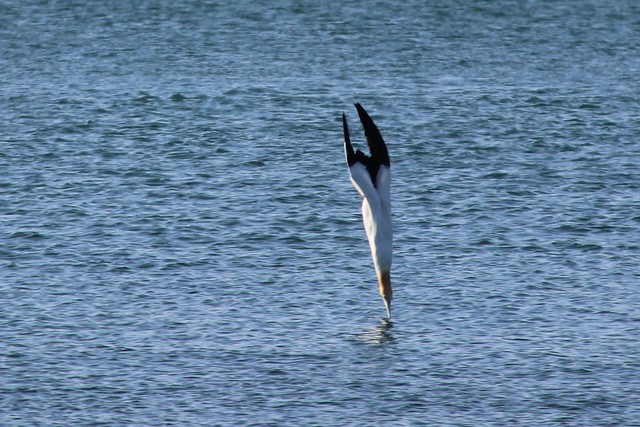 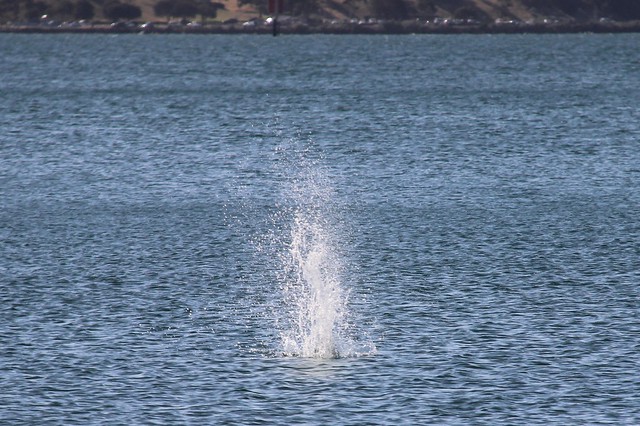 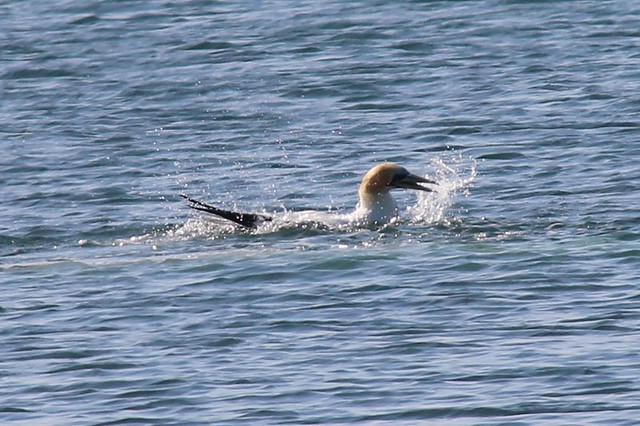 The shots of them eating fish were a significant improvement. Some dove really close to me but of course I was looking in the wrong direction at the time.

I’ve learned to get the photos of them immediately after they dive. Often they’ll have the fish in their mouth when they surface, so you have to be super quick to capture it. I still have varying success with focusing but there is a definite improvement. It does require SO much patience though. 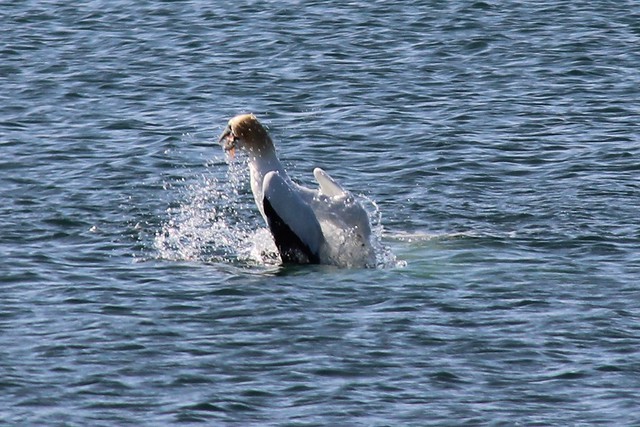 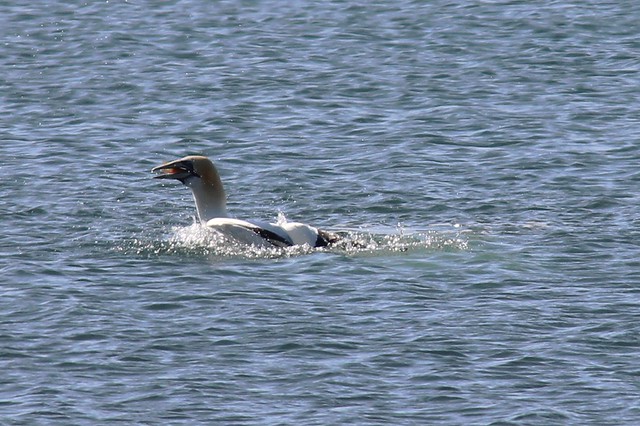 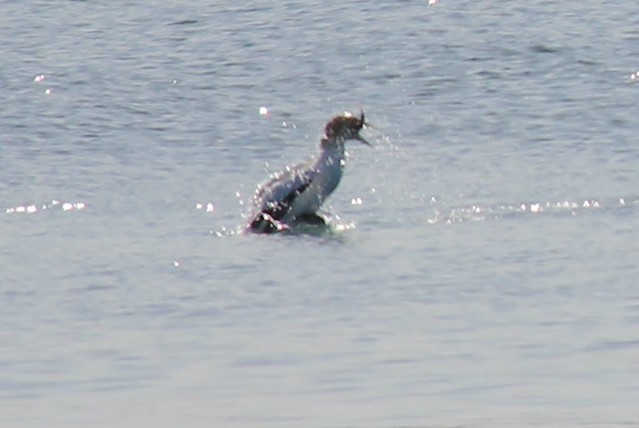 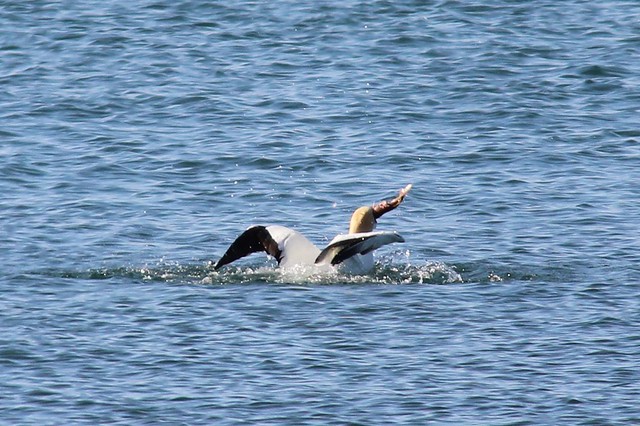 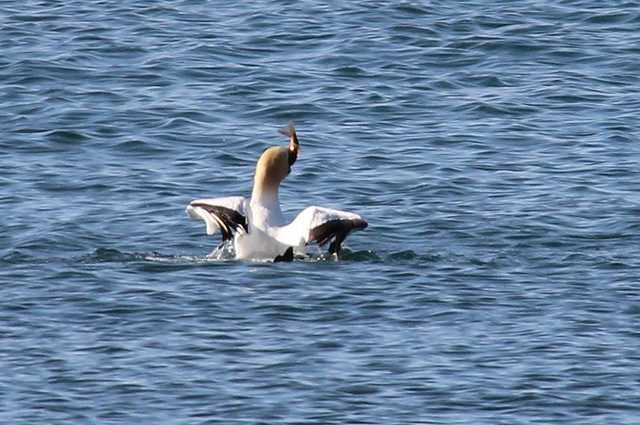 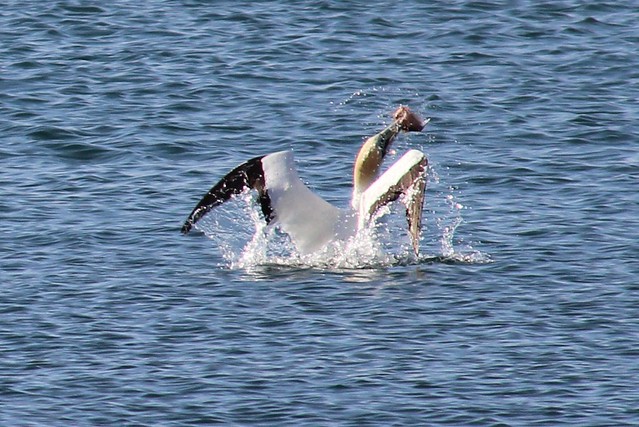 Then! Three dive at once

At one point, one dove in the water. I grimaced, annoyed that I missed it. Within seconds, two more dove in. Not sure why they did this but it was amazing to see. 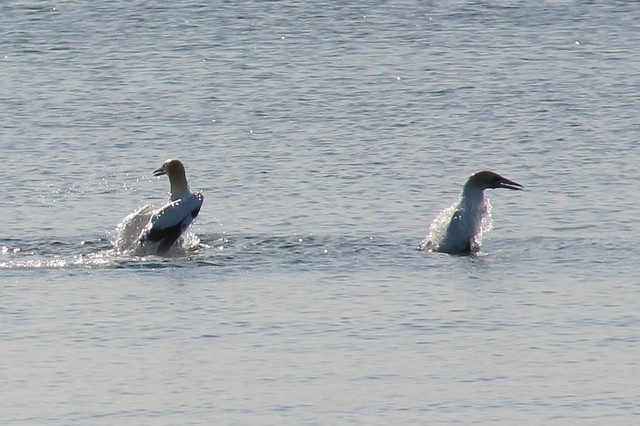 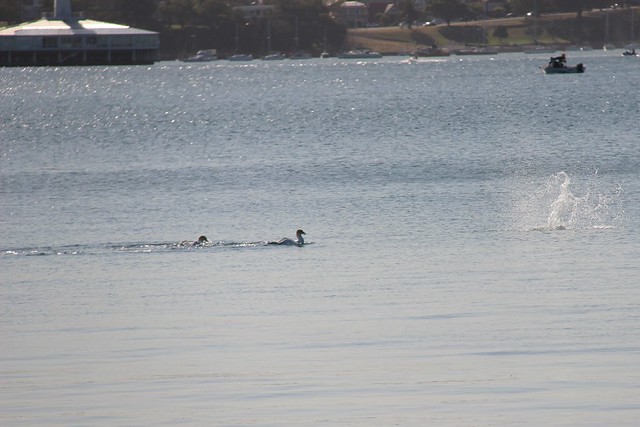 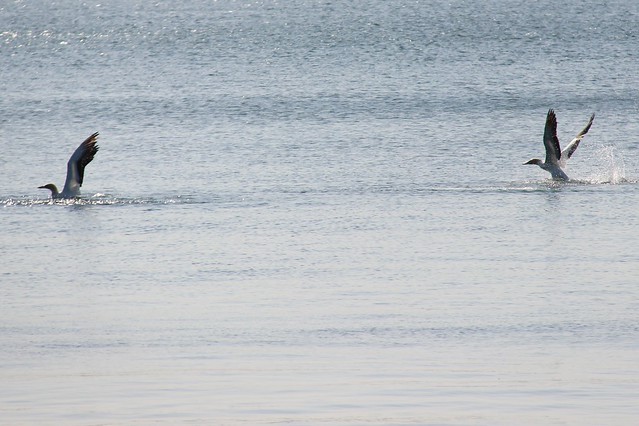 I know I’ve done so many shoots on gannets recently but I have learned so much from observing them. I’m keen to photograph them in closer proximity, if possible, and in different situations. I just need to find out ways to do that without disturbing the birds too much.

This time of year is AWESOME.