On Monday it was Glenns birthday. We had originally planned to go to Melbourne to do some photography but the stormy weather had other plans. We didn’t fancy going to the zoo and botanical gardens in drizzly weather so chose to stick around Geelong.

Glenn, however, decided that the day was conspiring against him and didn’t see the point in going anyway. I persuaded him to go. We had a bit of a tiff where I told him that he was choosing to be in a funky mood and he could still have a good day if he wanted. We decided to walk to Queens Park bridge so he could try to photography the baby honey eaters.

He had a lot more success then I did when it came to getting photos. The tripod helped, as did the fact we were there mid afternoon. He was fascinated at how the act of feeding was over with so quickly. There would be nothing for a long period and you had to be so quick to get the action shot. It was such a challenge, but he did really well.

I think they were close to fledging. One of them was moving about on a branch next to the nest. The parents were working so hard. 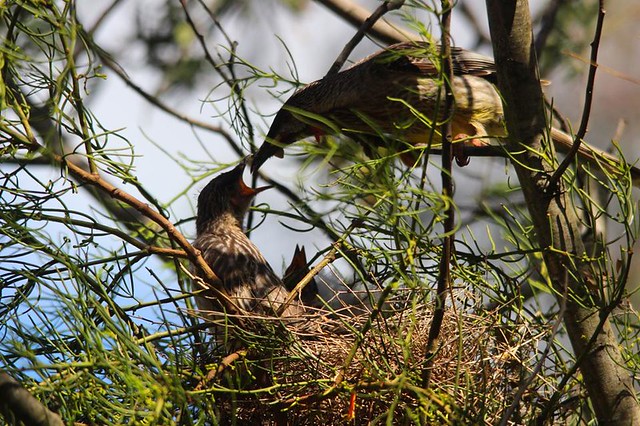 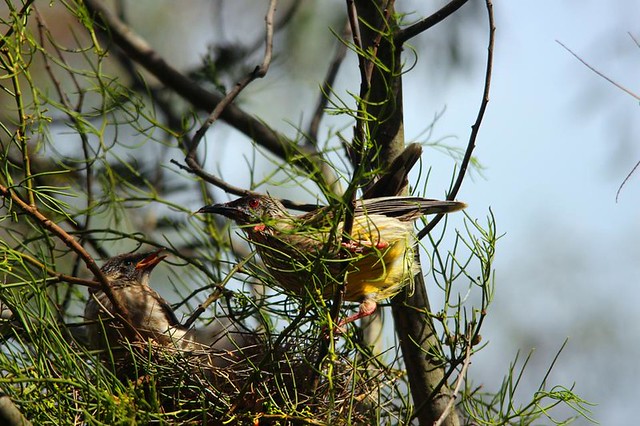 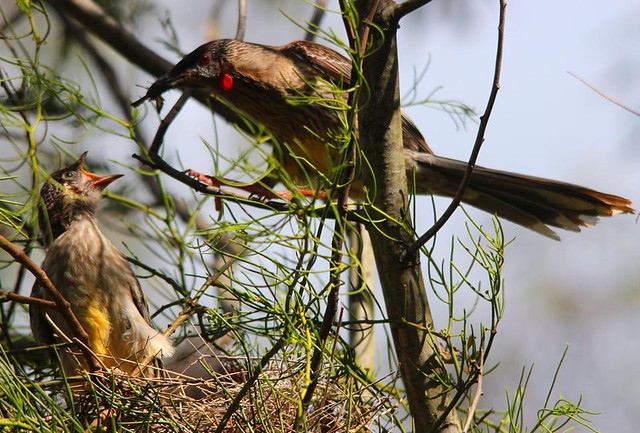 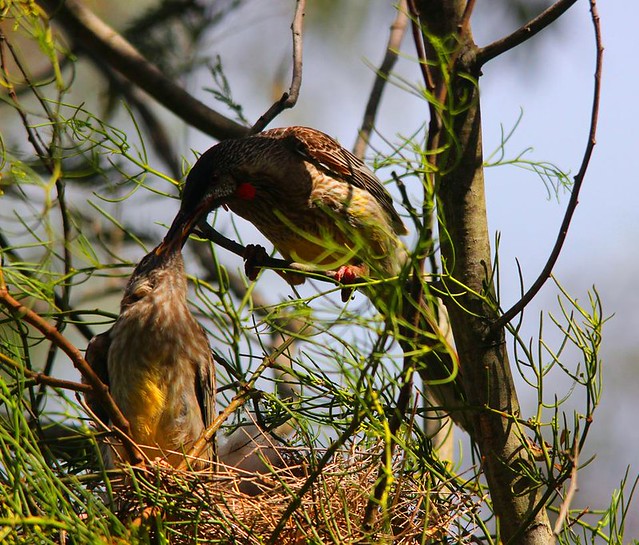 The birding past Queens Park bridge was pretty uneventful. No kingfishers this time, nor the elusive crested shrike tit. Glenn had an opportunity to practice photographing red rumps once we got to the golf course.

A facebook contact had observed a night heron in the area. Another Facebook friend had gotten some great photos of a heron feeding. I wanted Glenn to try to get some more photos of herons.

The feeding photos weren’t great, but the wind helped make the photographs more interesting. Glenn said he thought there was three herons in the area. 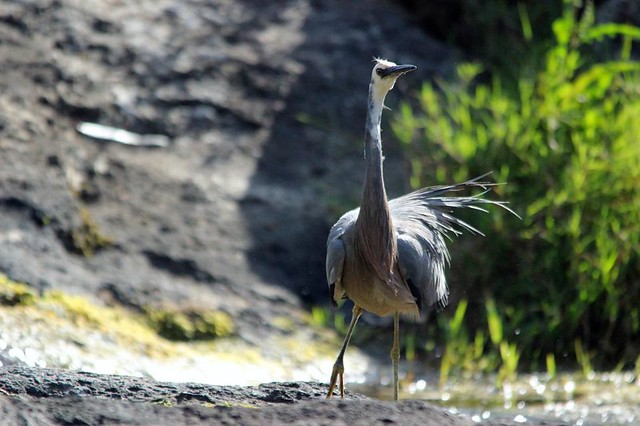 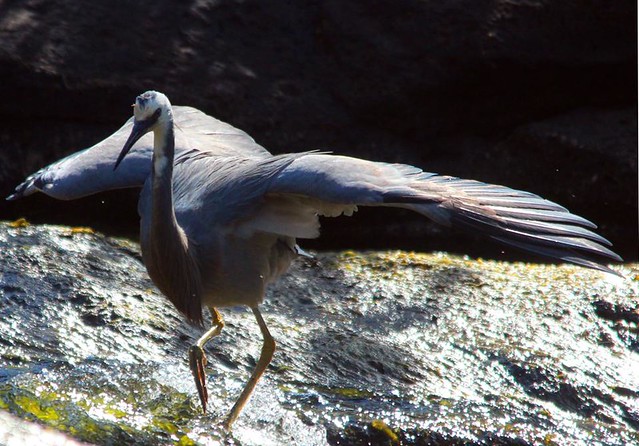 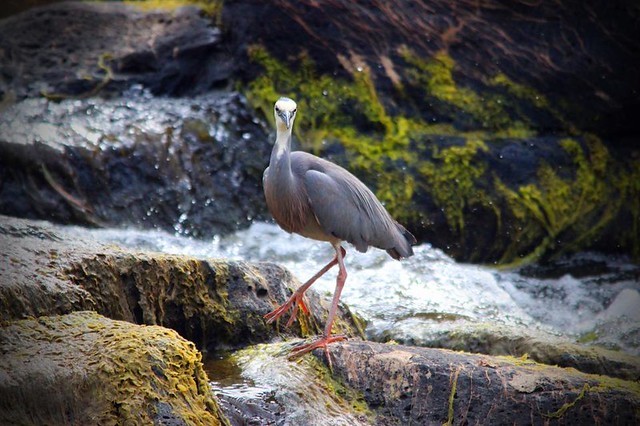 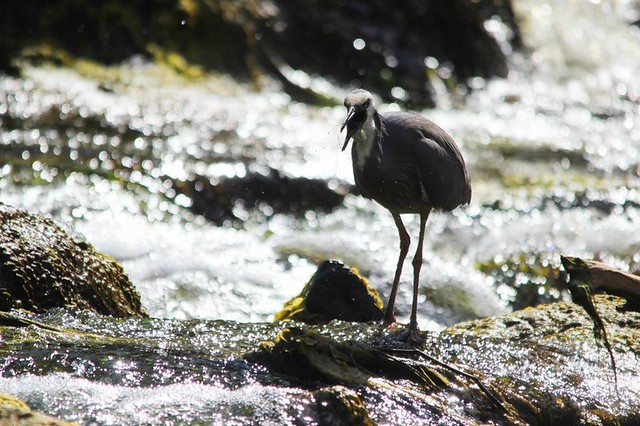 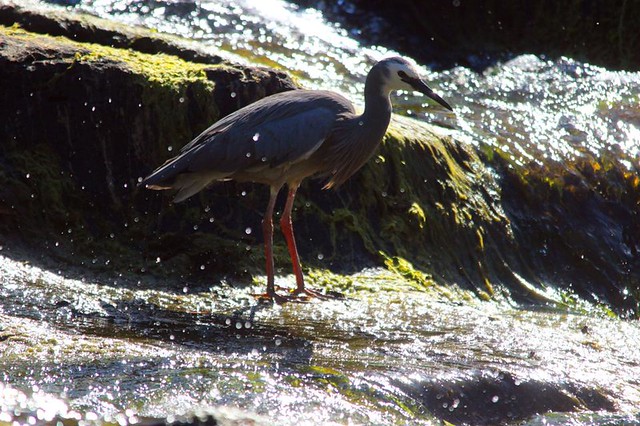 I’m proud of how Glenn is able to ID birds now. He asked if a darter was a type of cormorant. I said no and handed him my field guide. I asked him to point out the differences in the birds. “Oh, they are shaped differently and the beak isn’t hooked.” He then looked further down the page and pointed at the black cormorants. “These are the ones we saw. I recognize the wings.”

I didn’t intend for Glenn to get as nerdy as he has, but I like how he now understands the importance of knowing how the bird will behave. His photography has improved so much as a result. 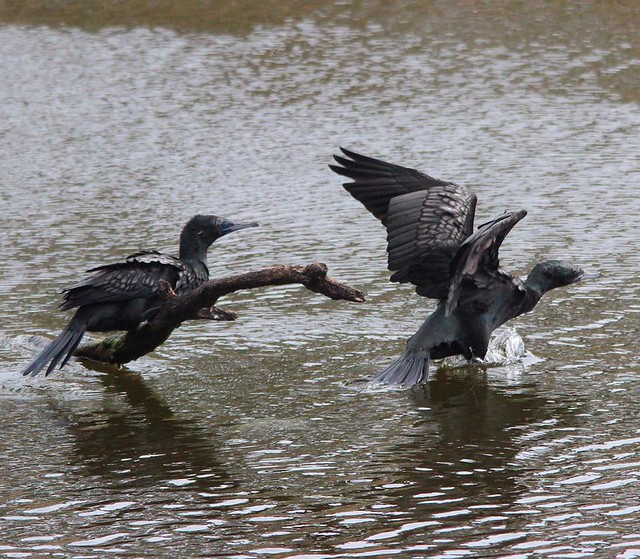 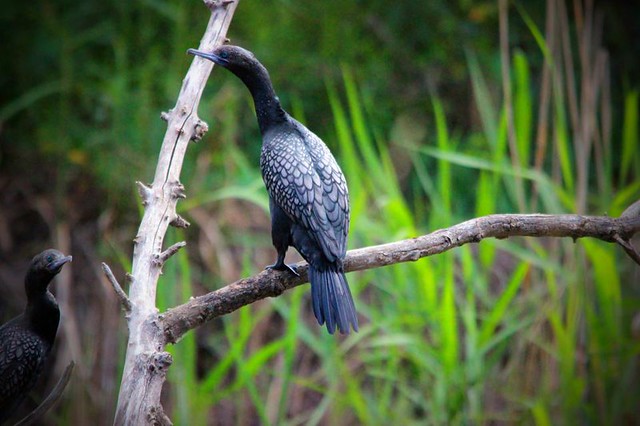 I told Glenn about how bad my agoraphobia has gotten and how much I’m struggling. He said “you enjoy birdwatching, don’t you?” and I told him that all trips were a struggle. He’s encouraged me to back to the doctor so…. we’ll see what happens. Also will be moving over the next few months. Will really miss the area – but will be happy to be close to a different bus line!