This post has been a long time coming. Primarily because we’ve gone down to Balyang so much and have So. Many. Photos. It has been a struggle to get a clear photo of the chicks due to the position of the nest.

I first found them on the 14th of September.  A friend had posted about seeing them on the 12th. The next day, I went down and looked for about an hour. I couldn’t see them anywhere and was getting really frustrated. I looked at the Facebook post when I got home and noticed what looked like Eucalyptus leaves. Apparently they were high in a tree! On the 14th I went to see them and nearly went home again, in frustration. The person who first told me about them wasn’t the best at giving directions. Although I gave Glenn ultra specific directions and he said he wouldn’t have been able to find them!

I was able to get a number of photos on the first visit but they weren’t very clear.

Glenn was able to get a clear photo of the nest and we saw that there were three baby herons. Visibility depended on how active they where. 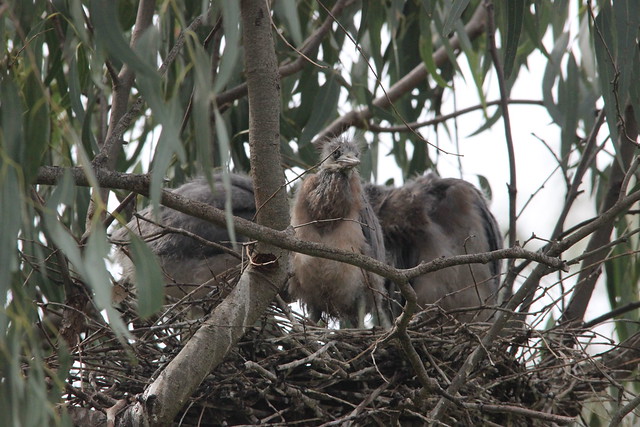 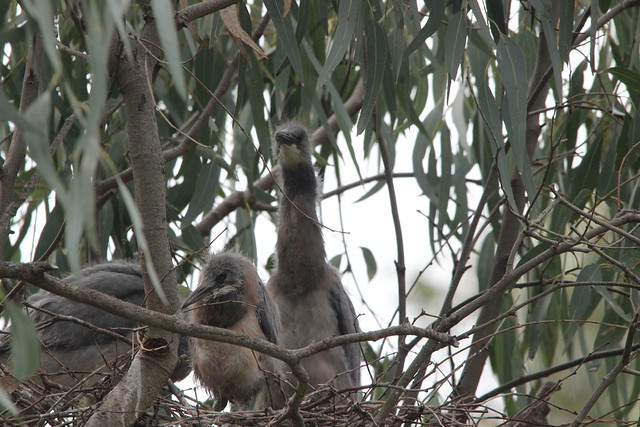 We were fortunate enough to get a photo of one of them yawning. 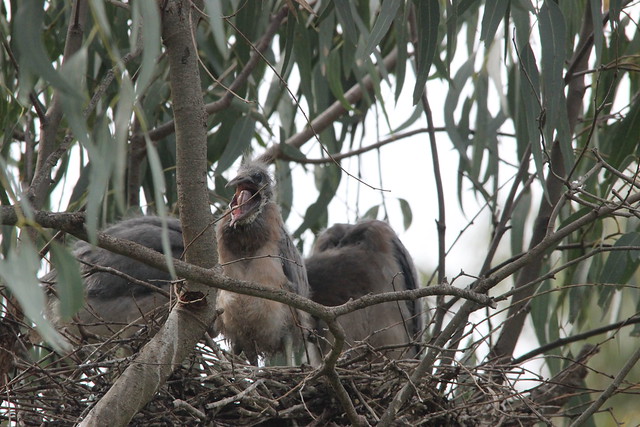 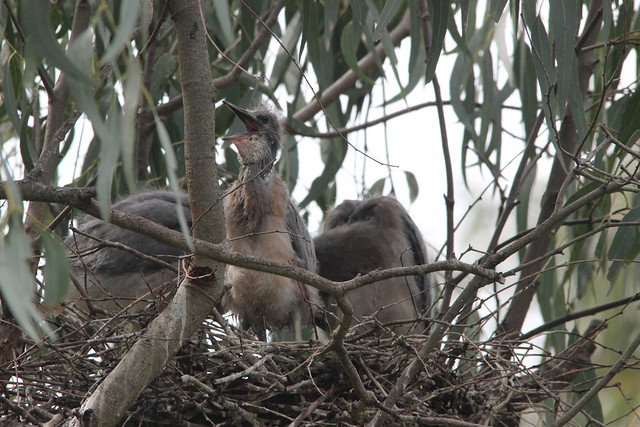 We observed an adult near the nest. Not sure of the sex. It appears the parent doesn’t spend much time at the nest. I’ve only seen it there part of the time and the checks are left to be mostly independent. 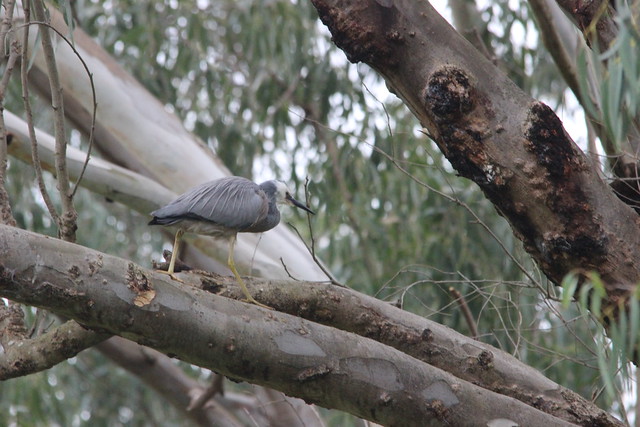 I was unable to monitor the nest that much the week before due to being at my parents house. I got home on the Friday but needed a bit of downtime. 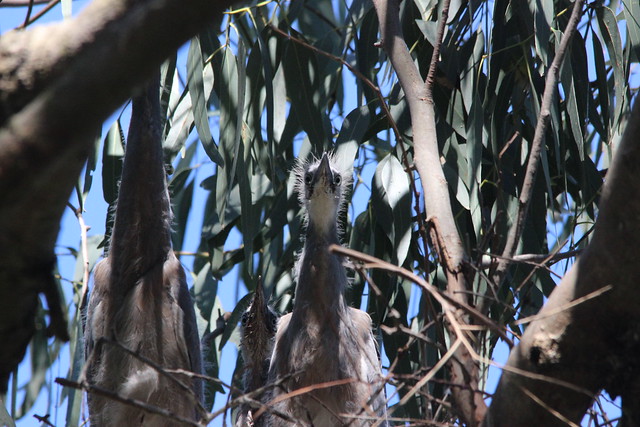 We got a very clear shot of this chick. An issue was that the other chick looked like a branch. 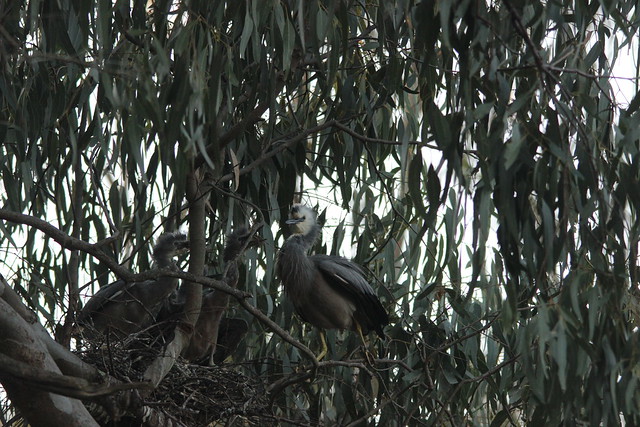 I noticed that the head of the adult seemed a lot fluffier, when at other times it is less so. The below picture captures the adult feeding the young. 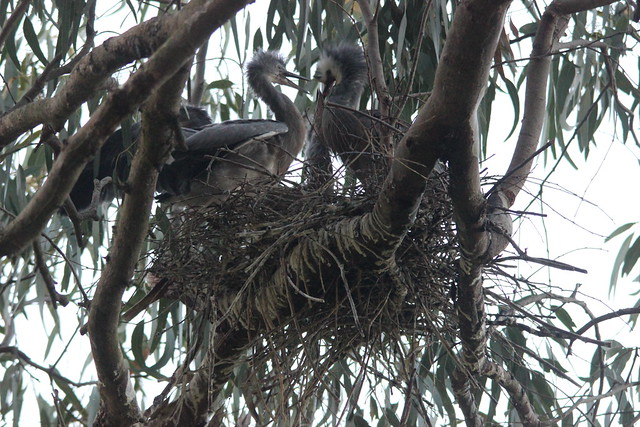 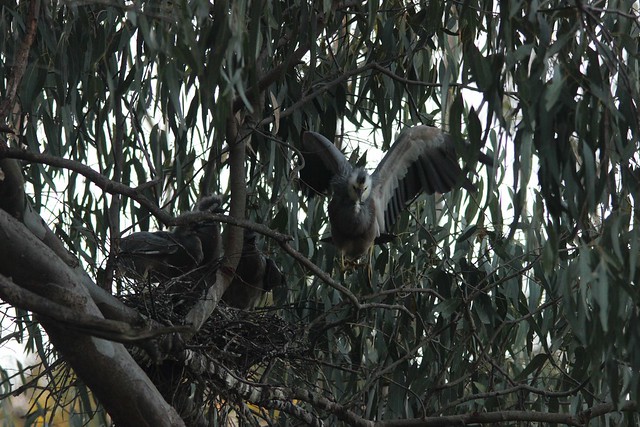 I don’t have any further observations. I’m planning to do more research on the nesting habits of white faced herons. I’d also be interested in finding out where other birds nest in the region. Many peers are getting great photos at the moment, whereas I’m getting nagged to watch a 6 year old on his bike.