Yesterday, I watched the little dude. One of my first thoughts when mum asked me was “Oh, what a shame. I guess I’ll have to check out Balyang again.”

I don’t know how often is too often when checking out on the nesting behaviour, but once a week is seeming like a good balance. Last year I would have said that was too much but now I am a lot better at observing behaviour I would have missed last year.

It was an unexpectedly warm day and hit early 30’s. The cormorants were definitely feeling the heat. 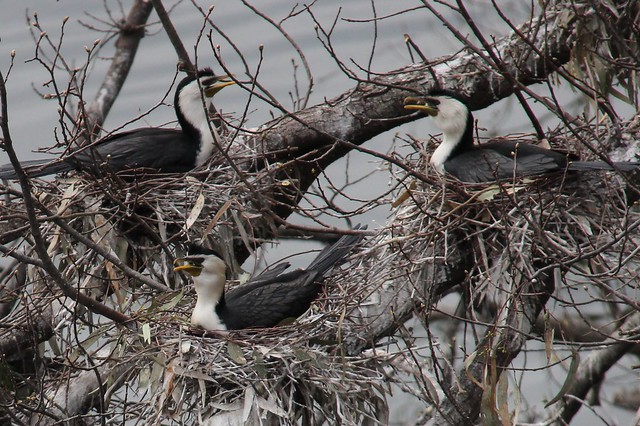 Last week I saw a number of birds hanging out at the nests together. This time, many of them were hanging out away from the nests. 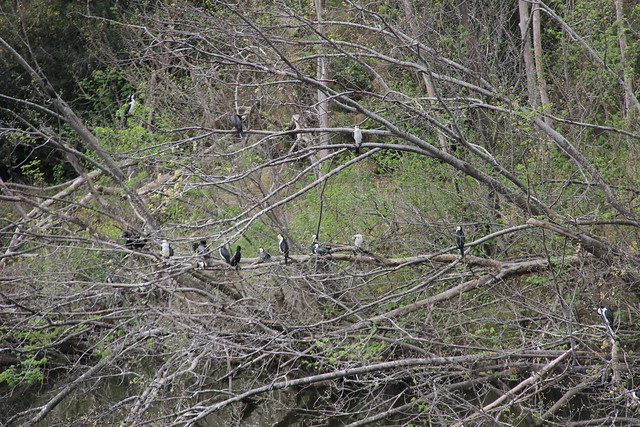 There were two great cormorants there, both panting, which led to some interesting opportunities. Was able to get great detail shots of their mouth. 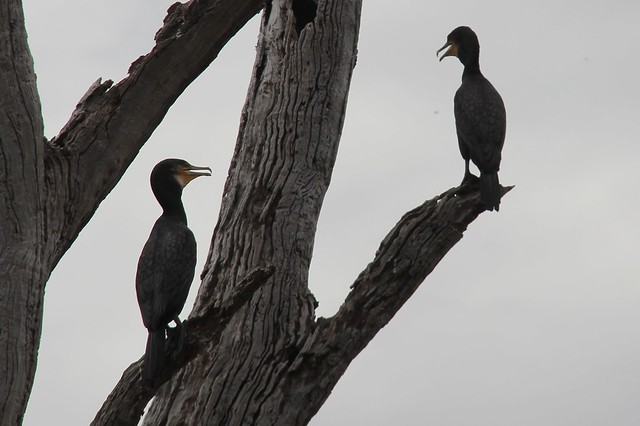 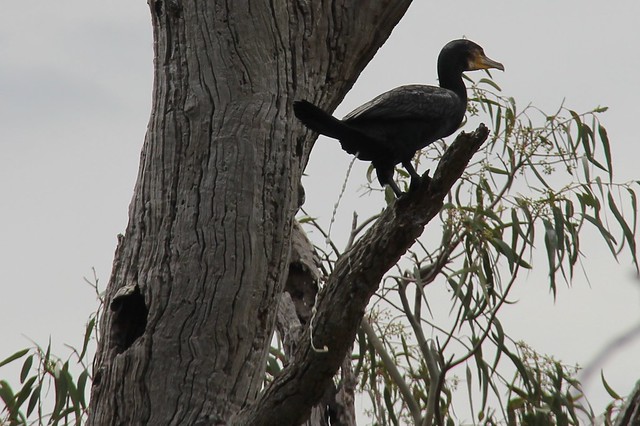 I got this awesome shot. I’m actually getting quite good at pre-empting what was about to happen. Of course, it is easy to know when a bird is about to poop. They raise their tail and squat a little bit. If you’ve had a pet, you know it. But it’s so difficult to actually get because you have to watch forever to actually notice the original behaviour. 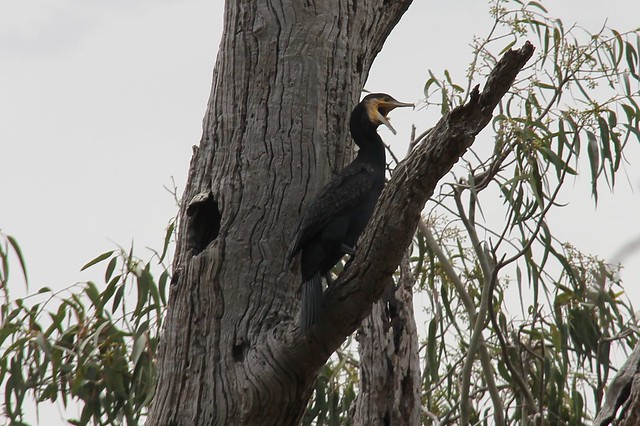 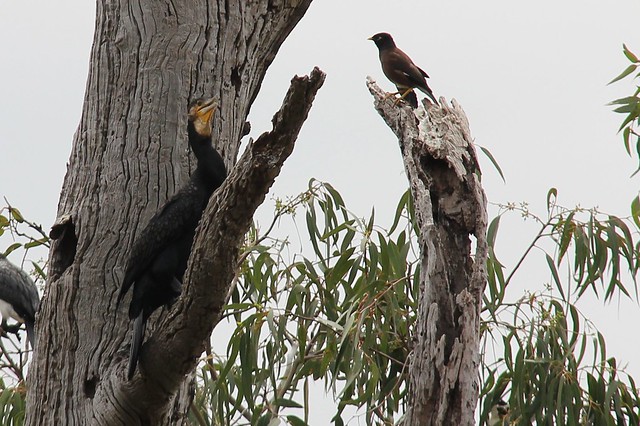 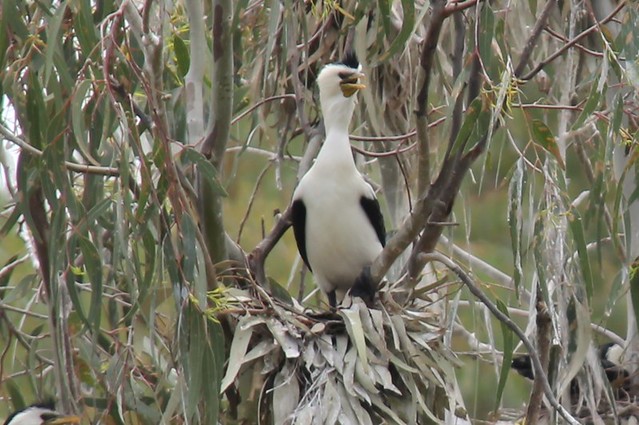 Normally I don’t really pay attention to birds clearing out hollows or poking their heads out of them. It could mean anything.

I got intrigued in July when I saw the cockatoos clearing out a hollow. I developed this obsession with nesting. I’m glad I watched. 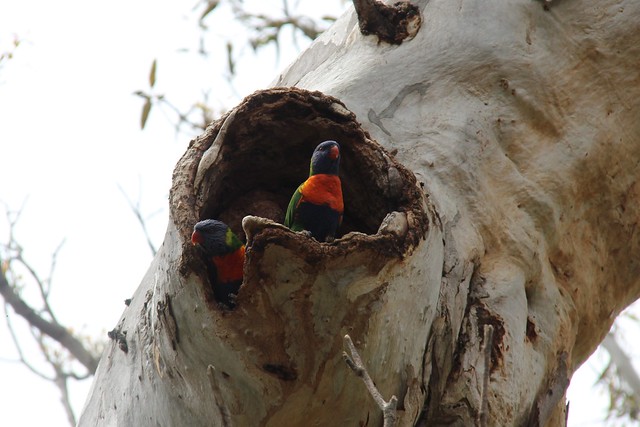 The above photo is pretty tedious. The below series is awesome. I got a photo of this cockatoo leaning out of the tree. I *knew* there would be another nearby and it could lead to some interesting photos. I was right. 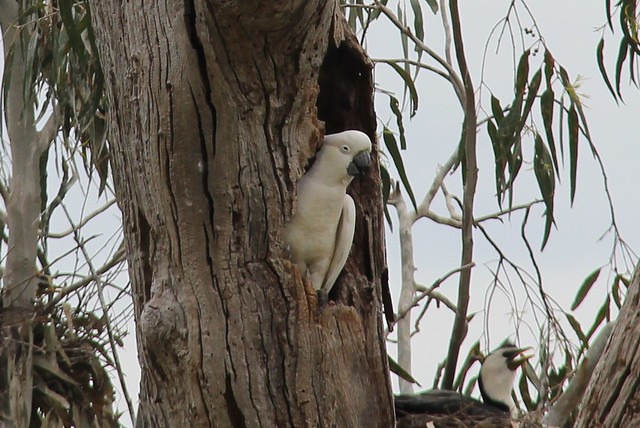 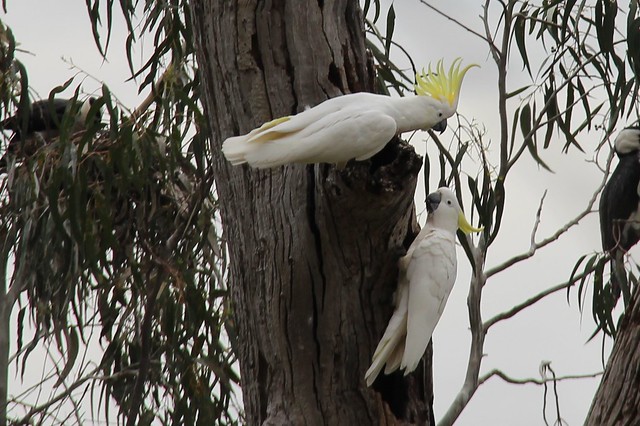 The cormorant went to the hollow. Then it flew to a try to, well, be a cockatoo. The nearby cormorants weren’t too happy!< 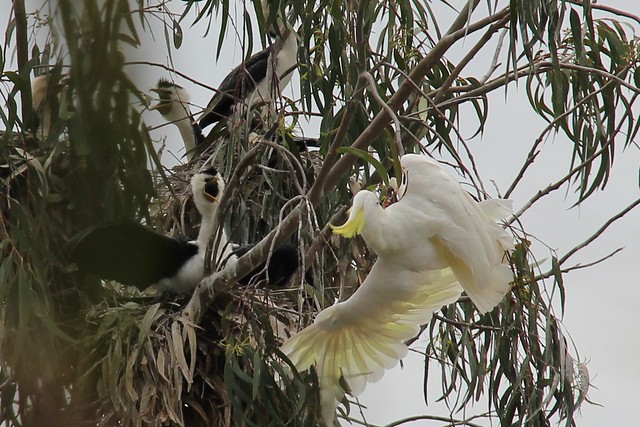 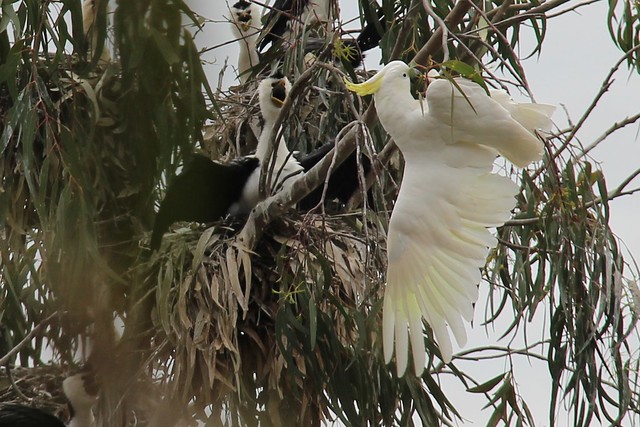 I was so lucky to get the following series. I saw movement near the trees and thought ‘they were going to mate!’ It was incredibly difficult to see. It was about 1o metres away on the little island. They were specks against a similarly coloured background. Incredibly difficult to capture. But I did it! The photos are mediocre but that is okay considering. 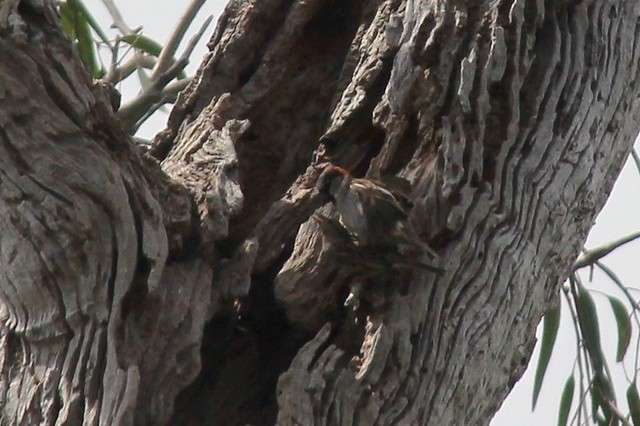 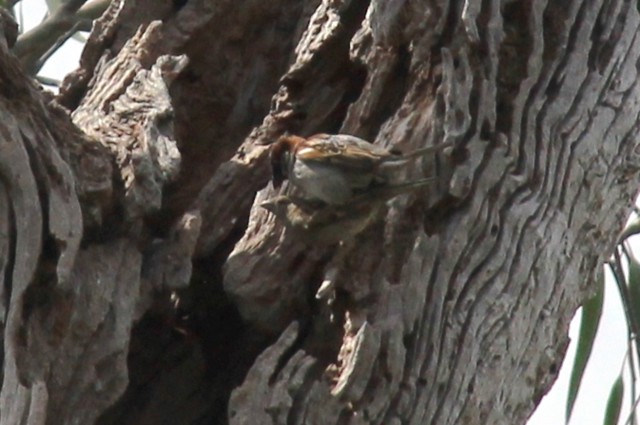 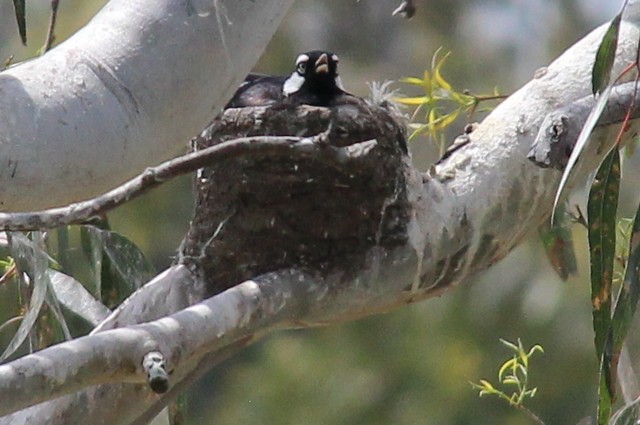 White plumed honeyeater. I’m in love with this lens. 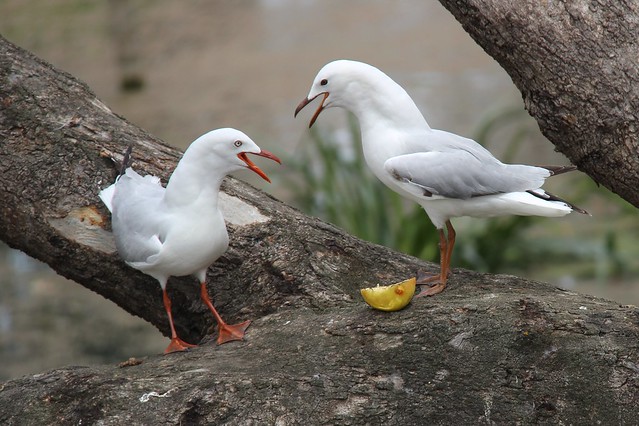 I’ll be returning here frequently over the coming weeks to get more nesting/mating behaviour. The narrative isn’t as creative as it could be but the behaviour certainly warranted a post! 🙂