I’m going to the Gold Coast in two days for work. It’ll be two days of travel, two days at a conference with maybe 1-3 hours of sneaky birding. As usual, I’ve been feeling pretty anxious about it. At least I was on the weekend. I couldn’t slow my heart beat nor get much down.

Fortunately, the fabulous Carolyn offered to take me adventuring for the day. I would have planned to go somewhere myself but the weather forecast was meant to be bad. I thought it would be handy to have a car there just in case it suddenly poured down.

We were lucky. We had great weather. We went to the Brisbane Ranges. It was a rough day in terms of anxiety management but ultimately, very therapeutic.

Our first stop was a walk along orchid and tea tree tracks. I think. The birding was more difficult then I’m used to but it was still pretty awesome 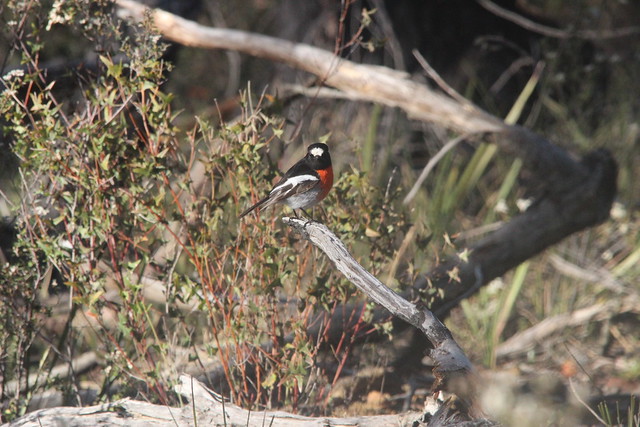 Scarlet Robin. There were a number of these floating about which gave me a chance to practice my sphotography. I was so hoping to see a flame. Alas, I missed. I’m not sure if I’ve missed my chance to see them – or double banded plovers elsewhere – but I’ll try when I get back. 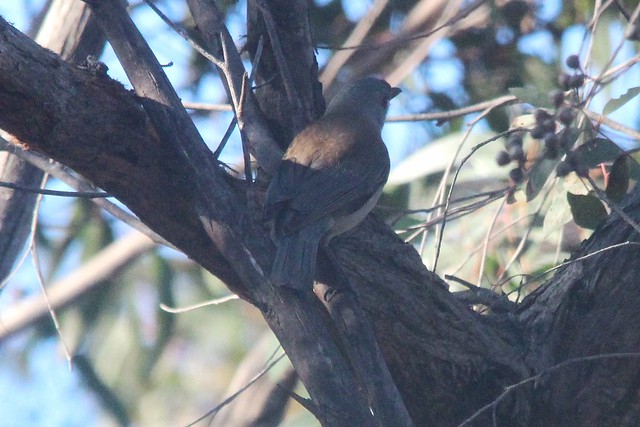 Grey Strike Thrush. The call may have confused me – again! 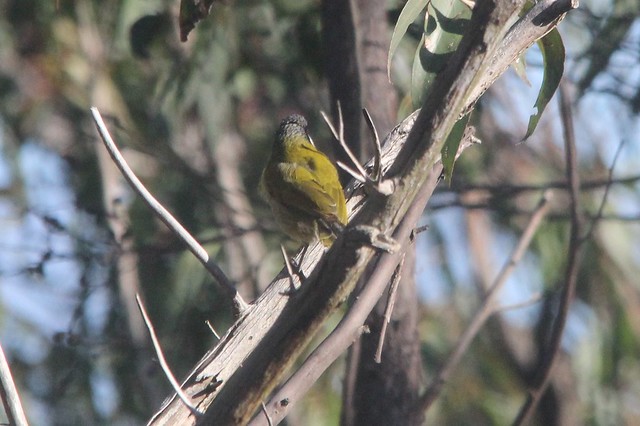 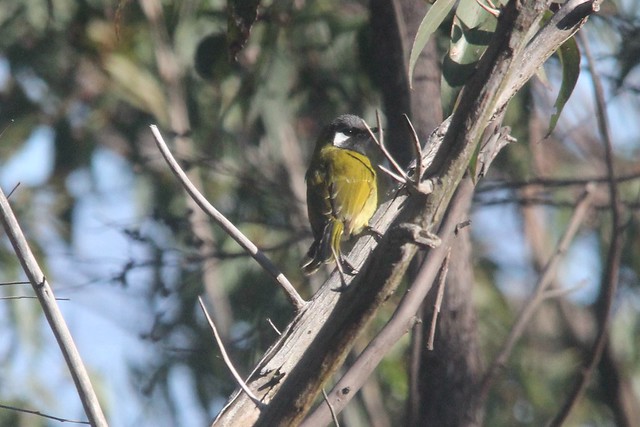 The above is a white eared honeyeater. I’ve seen them before, it was nice to see them again. I don’t know why I like them more then the white naped honeyeater. Perhaps the red eye annoys me? They were pretty tricky to photograph, they flew very quickly 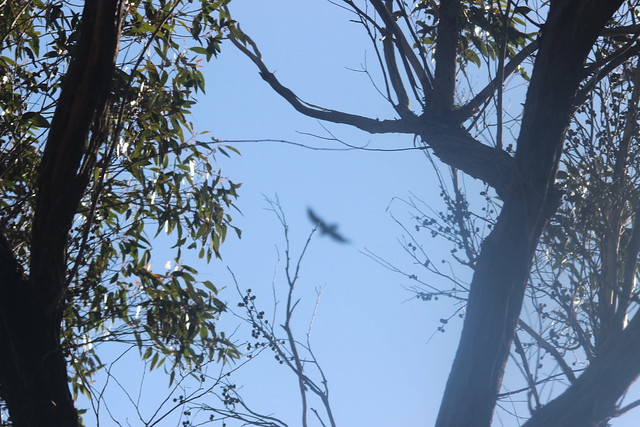 Blurry wedge tailed eagle. I don’t see them that often and it was flying very low. I was so stabby that the camera wouldn’t focus in time. 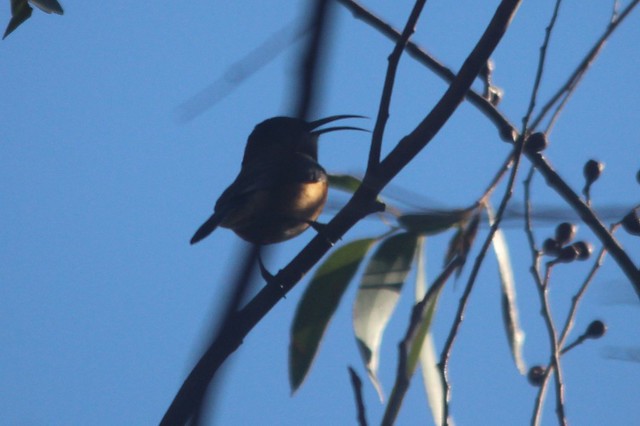 Eastern Spinebill. These guys were here in pretty decent numbers. Further away then the ones at the botanic gardens. It was interesting, seeing as I know nothing about their behaviour and what type of habitat they like. I didn’t think the ranges was wet enough. But the plants they liked at the botanical gardens were more for the food they provided.

I love the accidental learning. I so have to learn more about photographing these guys. 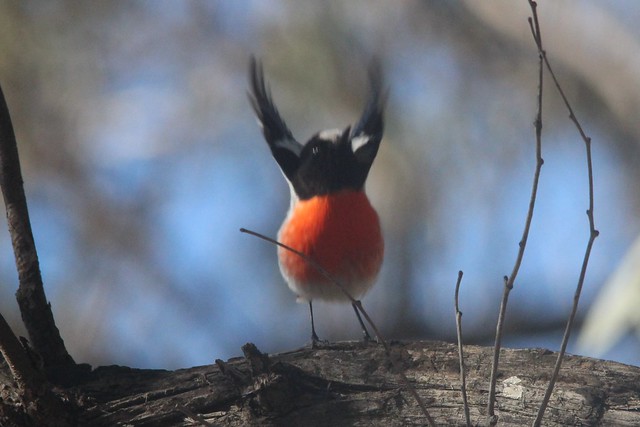 I was playing around with creative auto (to get nice backgrounds) when this guy flew off. I think the setting could be useful in rushed situations. Hoping to experiment with it more. 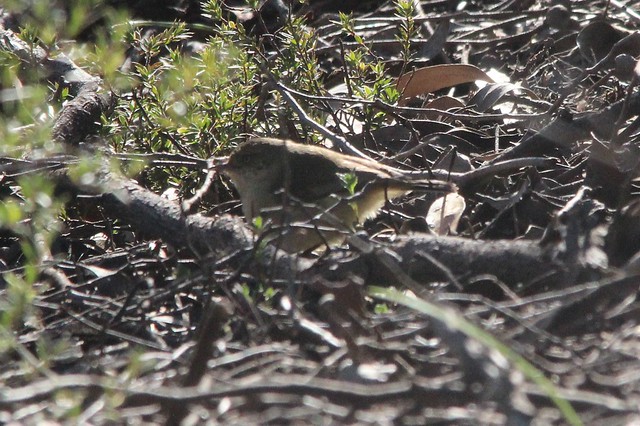 Brown thornbill? A couple of types were seen here, I’m just in no rush to ID them. 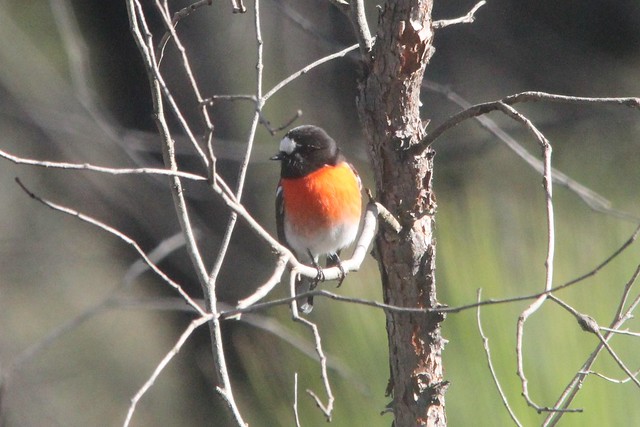 Another robin, or probably the same one I’ve photographed earlier. 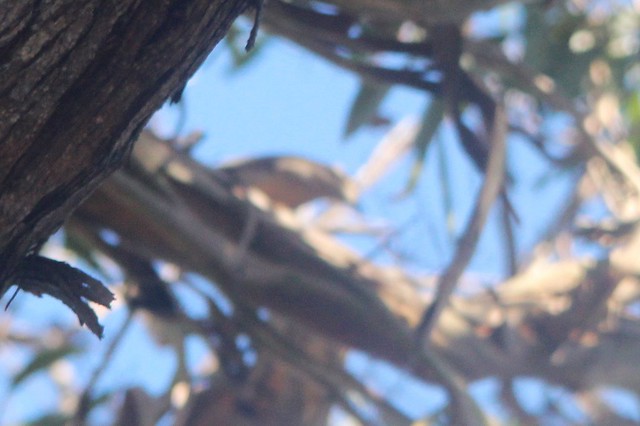 Treecreeper. I could photograph these guys all day. 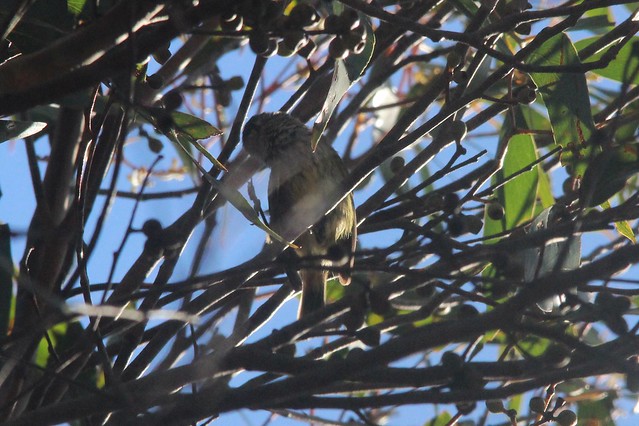 Not sure what this is. Probably something common. Maybe a pardalote?

We didn’t have much luck with birds in this area. I took photos of all the signs so I’d remember to read up on it when I got home. I did notice it was the start/end of the Burchell track. I’d given up any hopes of walking it because it isn’t really accessible and involves more hills then other walks I’m interested in. However, I may be able to pay friends for a lift there.  I’d need to improve fitness and figure out how to work around my selective eating. I’d given up most thoughts about multi day hiking with all the stress of the past year.  I’m pretty excited about all the potential nature adventures I can go on. So many, so little time! 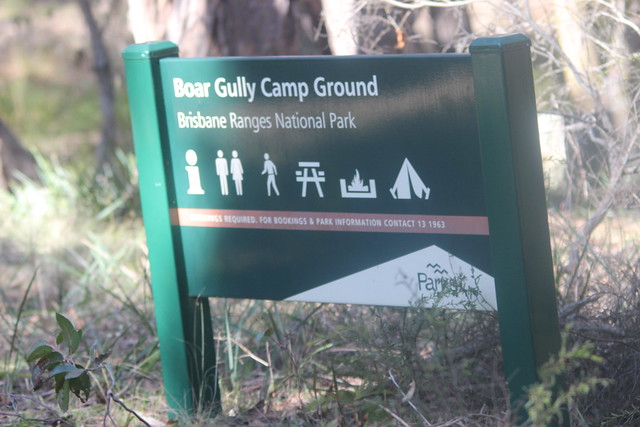 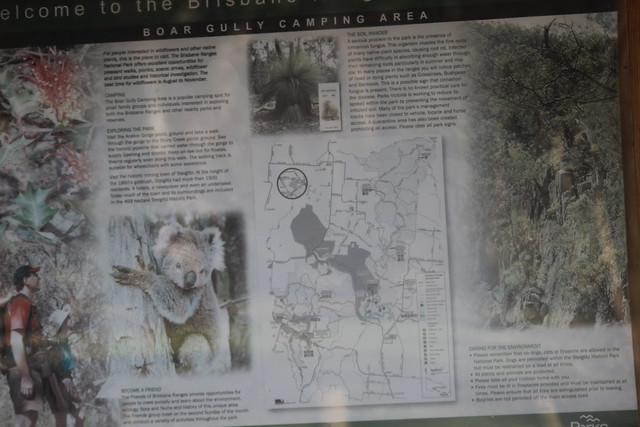 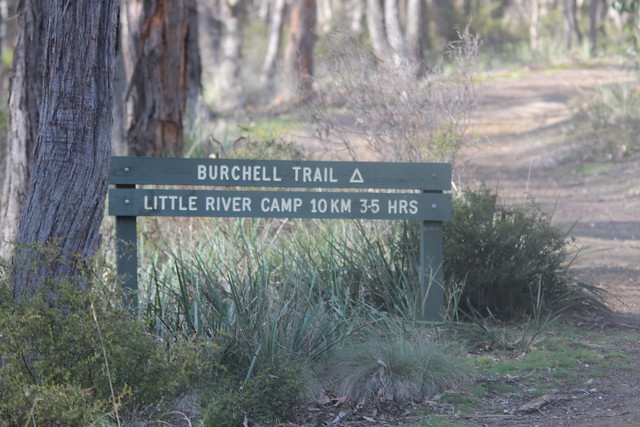