When I first arrived at Wombolano Park, I thought “ooh. This would be awesome.” It had that perfect balance of natives and overgrowth that makes it easier to find stuff. I’m probably wrong, I’ve had very limited experience with looking for bugs.

I didn’t have much time to spend on what bugs I did find due to it being a plant excursion. It was just quick snaps. I did get some extended looks while others were looking at orchids :D. 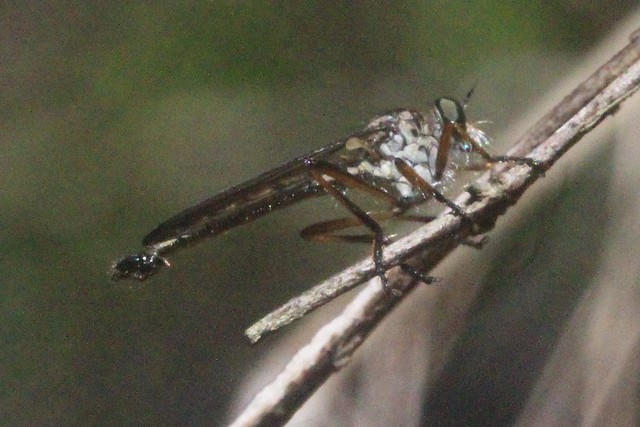 This still had the ISO settings from the night before so didn’t turn out properly. Robber fly, not sure if its mating. 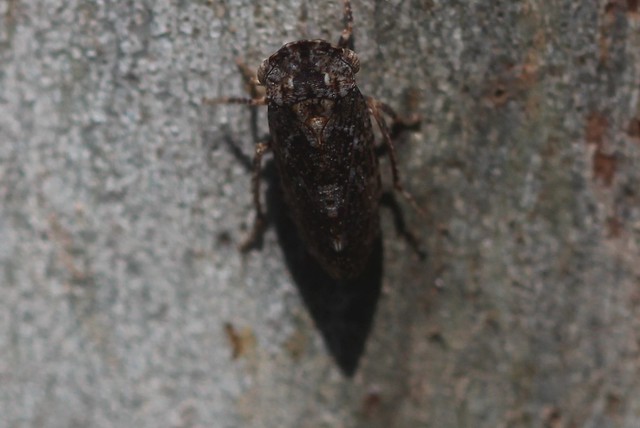 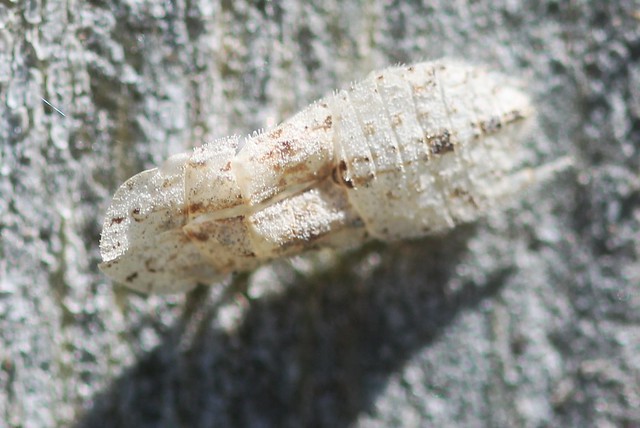 Both of the above images have been identified as leafhoppers. Which is actually quite interesting, because when I see the family ‘cicadellidae’ I immediately think of a cicada. Cicadas actually belong to the family Cicadidae, but both families are part of the same superfamily, which is Cicadoidea. 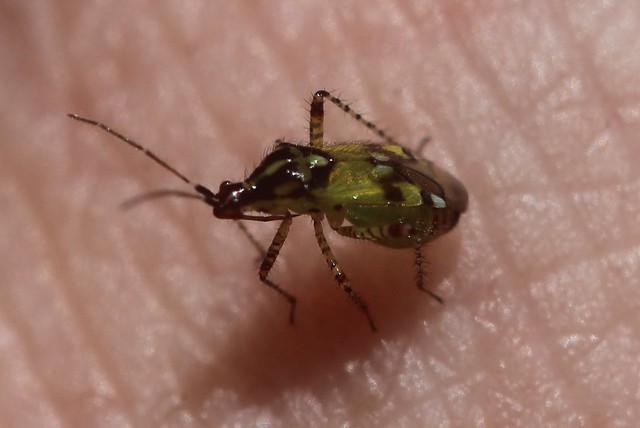 This is a sundew bug. It is so cool. Me being me, I got distracted by the sundew when I noticed this guy. Here is what was said when I submitted it to Bowerbird:

They specialise in scavenging on insects trapped on Drosera – those spiny, long, legs assist in avoiding being trapped by the sundew’s sticky ‘tentacles’. Only three described species currently (all from WA), one is virtually wingless with the other two fully winged like this one. We have a winged species in Tasmania which doesn’t properly match the descriptions of any of the two winged forms from WA – yours looks close in colour pattern to the male form of the Tasmanian species

I thought “ooh. That sounds unique.” I have this obsession with trying to find a new species and trying to identify it. I know its silly, I’d just love for those hours waiting for to get the right photo would actually amount to something. According to this website, there is a lot of potential in the area:

This rather ornate little bug (as in true bug or Hemiptera) is an undescribed species of Setocoris, the sundew bug genus. Setocoris are rather enigmatic, in that there are three named species, another 150 species with unpublished manuscript names and an additional 75 species that are not yet well enough known to be named.

Even if my observations turn out to be nothing important, I’m loving the learning process. 🙂 Just need to set aside a weekend to properly research everything I’ve already seen.

No idea what the below bug is. 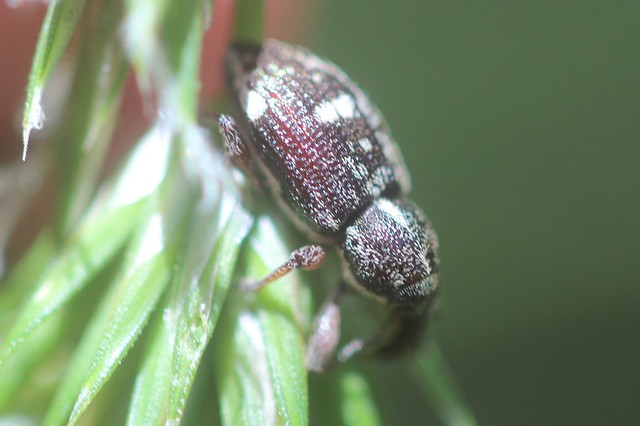 The spider I never saw…

I was looking at some flowers when I saw a bug poking out. No matter how I tried, though, I could never seem to get the bug fully in the frame. I pulled back the petal and it didn’t move which was odd, and still some of it was obscured. I got what I could and gave up.

It wasn’t until I got home and looked at it on the computer before I noticed that a spider was eating it! Wow, how lucky! The spider looks like a crab spider from the Lehtinelagia genus, but I wouldn’t know how to narrow it down from there. 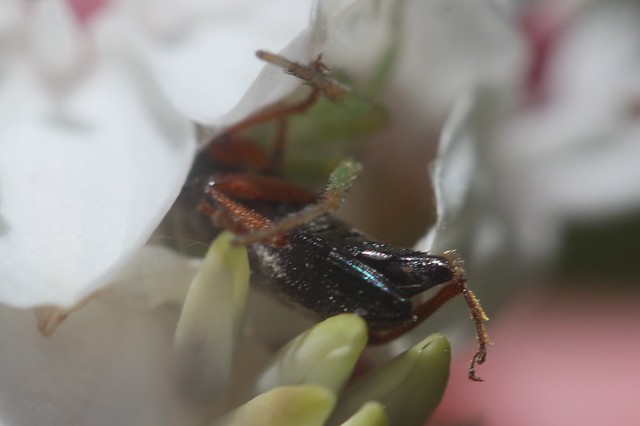 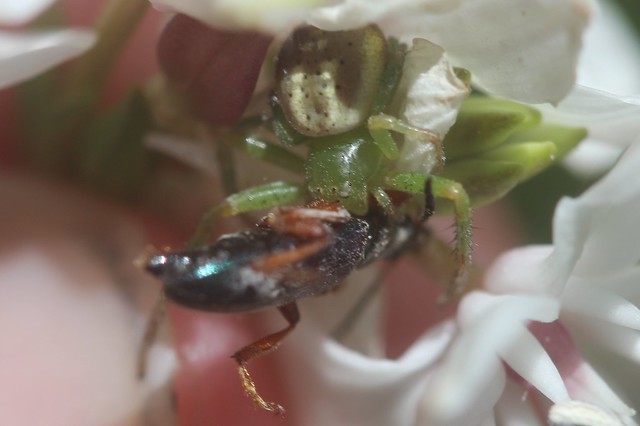 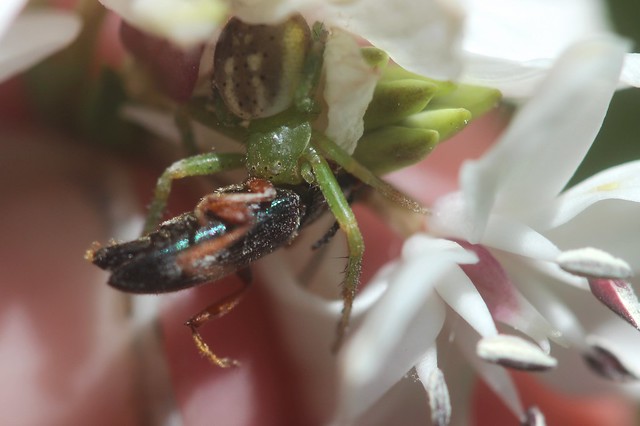 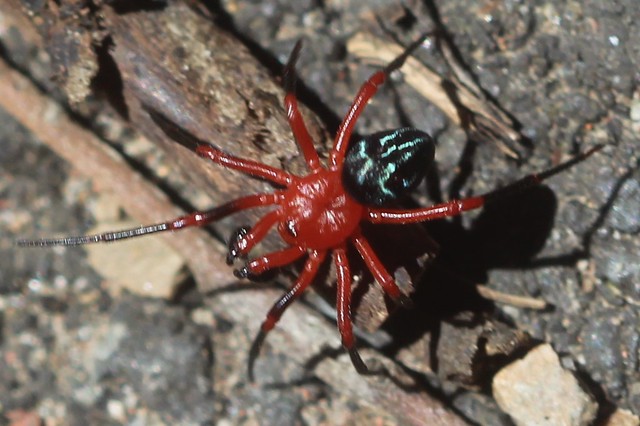 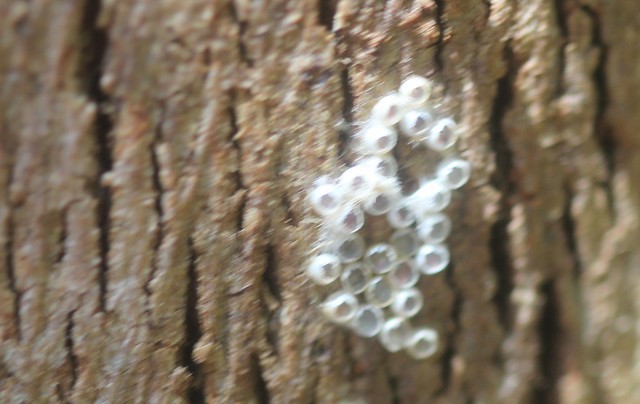 Was a fab trip. Looking forward to returning to the field and seeing what else I can observe. I’ve changed anxiety meds and I’m so much calmer about the learning process. Stats are saying I don’t get many visitors to this blog, so I don’t have to worry about getting too nerdy when doing write ups 🙂