It feels like all I’ve been writing about lately is nesting behaviour, willy wagtails and what chicks have hatched. I’ve been a bit obsessed. There have been other interesting happenings at Balyang.

Below is a royal spoonbill. I struggled to get a really nice, focused shot it of, despite trying for over an hour. They visit now and again but only spend a short time there at any given time. 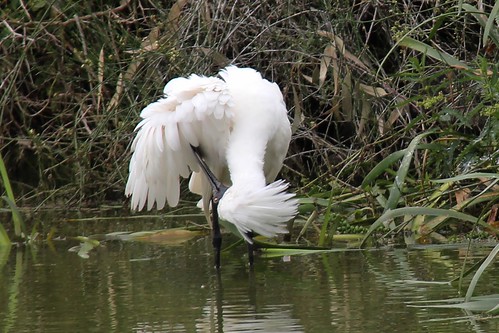 House sparrow having a bath. It’s so easy to overlook sparrows, especially as they are an introduced bird. It can lead to interesting photos though if you just watch for a while. Bathing is a behaviour I’ve been trying to capture lately. 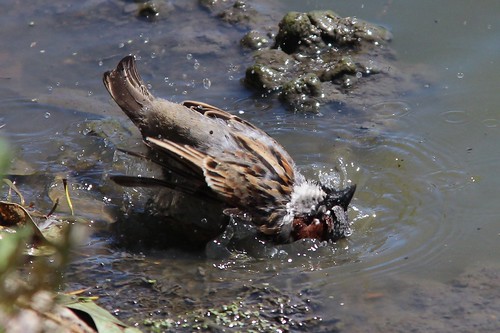 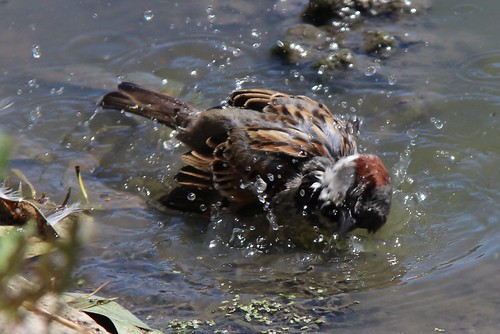 A ginormous spider we found, and its presumably deceased mate. 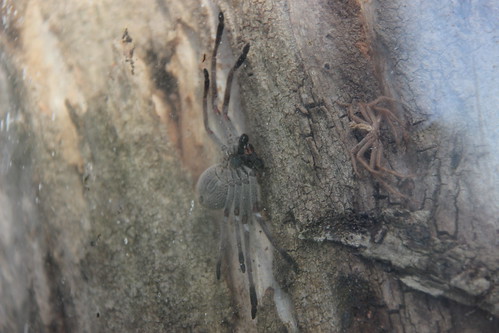 I’ve seen two separate large group of wood ducks that look like they are almost grown up. 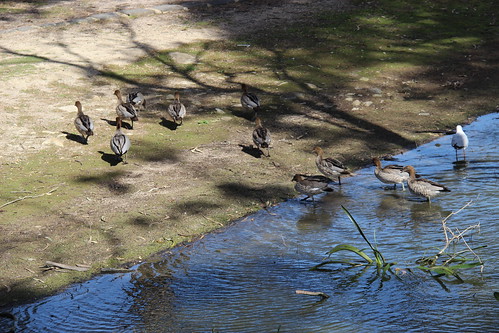 Glenn got some lovely photos of these two cockatoos haven’t a snuggle. I don’t know if this is courting behaviour but I suspect it’s just mateship. 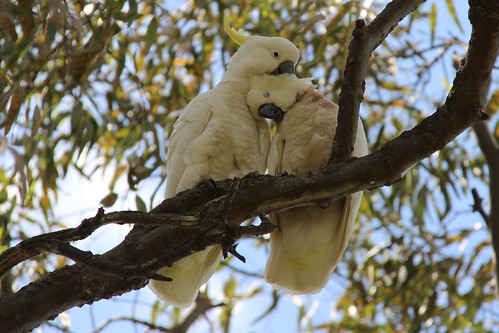 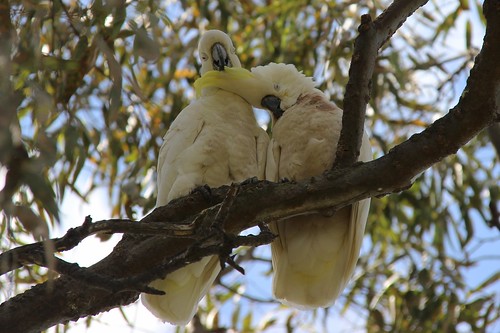 Bluetongue! I find it in the car park near Princes bridge. It is the second time I’ve seen them in the area this season, which is pretty awesome. 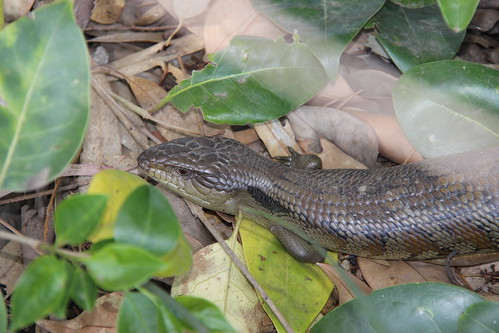 I also got two more photos for my ‘birds doing a poop’ collection. Here is yet another of a great cormorant. For a short while, I thought I had missed the shot completely. Until I zoomed in and saw this: 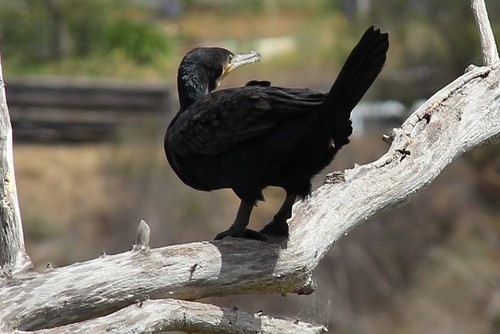 Seriously, who could time a shot that great? (Perhaps I need to look at shutter speeds too while I’m at it. Below is a photo of a darter doing one. I had such great luck with both shots that it has led me to become cocky. I’ve spent hours since then trying to replicate my success but have failed. 😉 Oh well, that makes it an ever more awesome challenge. Goal is now to get 20 bird poop shots by the end of the year. 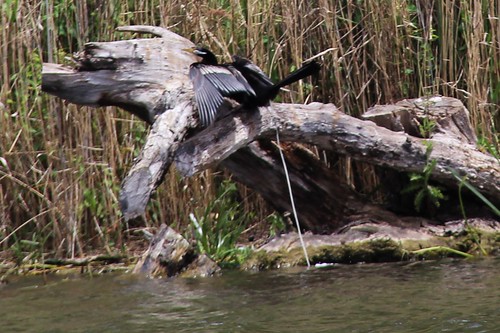