I know, I know. You are probably tiring of the cormorant updates by now. It is surprising how much there is to say about a species I only spend a couple of hours with each week.

This series of photos is notable because both parents were at the nest at the same time. This is uncommon, as usually one of them is away fishing. At this age, the parents don’t leave the chicks alone that often and feed them quite often. Give them 7-10 days and they are considerably more independent.

It is interesting to note how this guy was bringing another stick back to the nest. I am STILL seeing nesting behaviour, despite it being really close to autumn. I need to figure out a cool strategy to document this next season. A car could be helpful. So would winning tattslotto so I could move back to the area 🙂 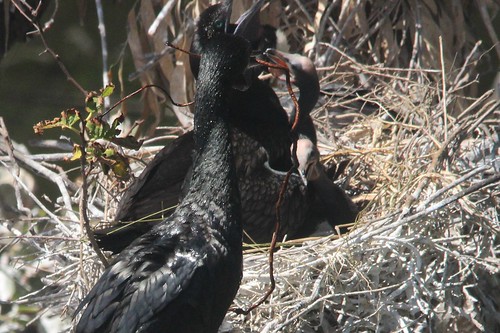 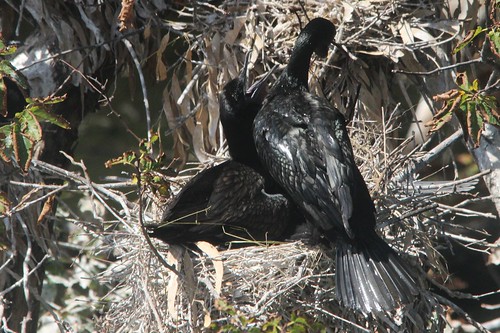 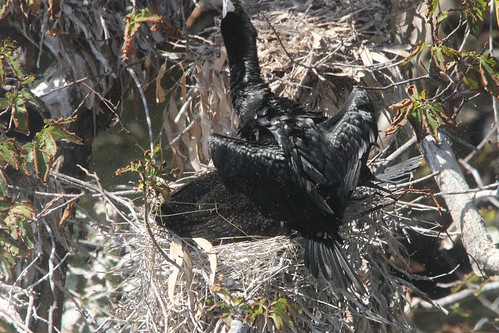 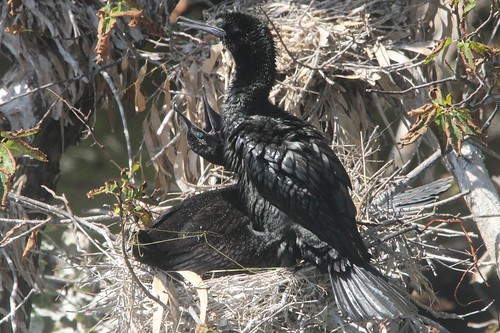 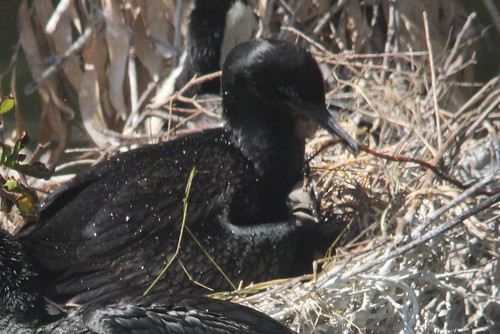 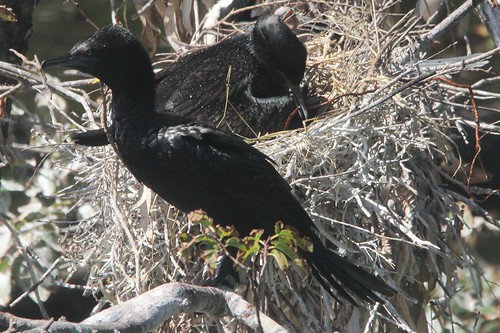 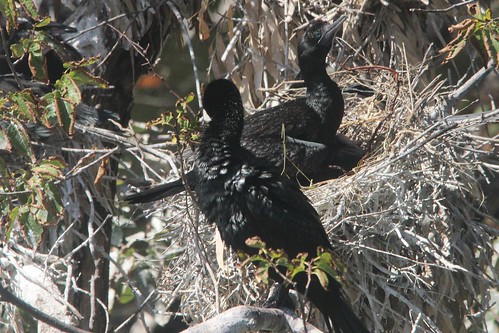 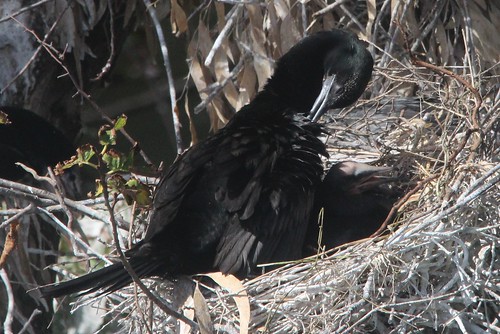