This trip took place on April 11

Lately, I’ve been doing a lot of impromptu adventuring with a 6 year old. He’s been pretty stressed out with his first proper year of school and walking/birdwatching helps him chill out after a busy week.

I had planned to do exploring with a bit of birding but we ended up just looking at skinks for 2 hours. It was frustrating, somewhat, as he’d attempt to catch every single one! I let him, as he needed to learn that rocky areas give skinks so many more places to hide. He didn’t catch one, as expected.

I was able to get a lot of awesome photos, especially ones of skinks eating other bugs. Unfortunately, someone didn’t listen to my requests to ‘wait!!!’ when doing some of the photos so I missed out on even better shots. I’m thinking it’s now too late in the season to go looking for lizards and will have to wait until mid spring.

These are some of the photos I got. Buckley Falls is great if you want to see a lot of skinks and birds in the wild. I am getting fairly sick of the area (adventuring there way too much) but I always find something interesting. 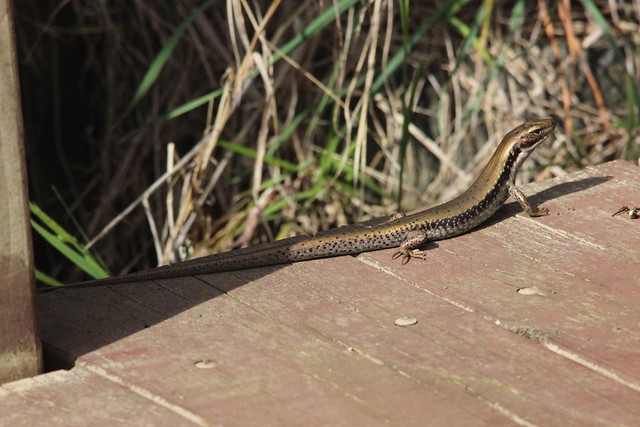 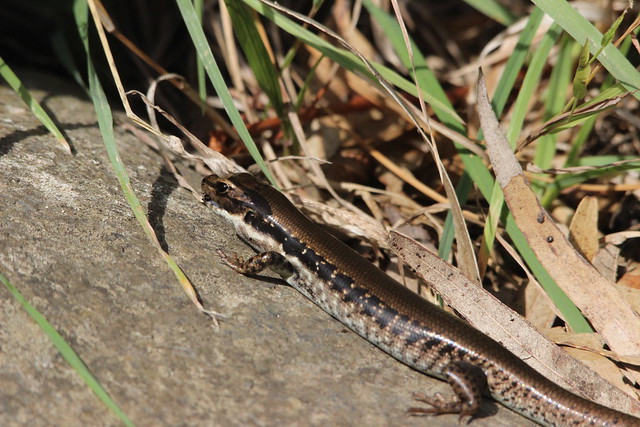 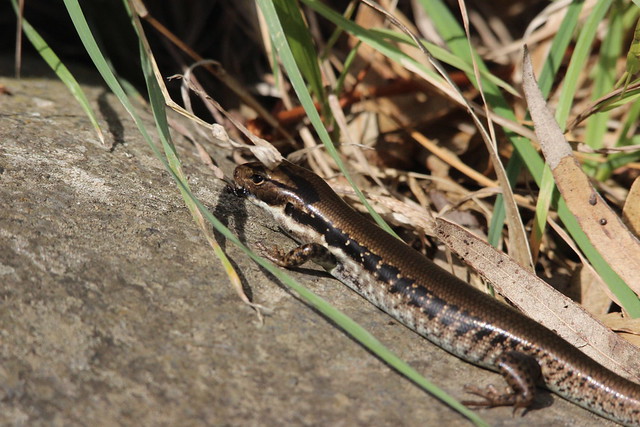 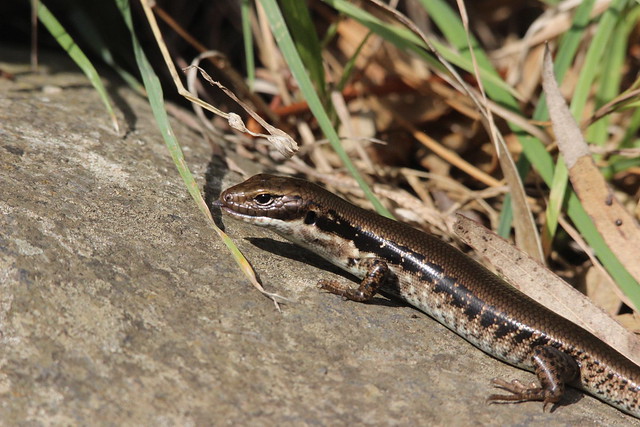 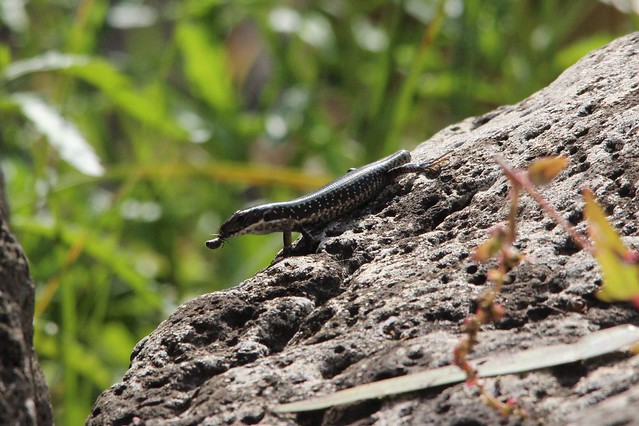 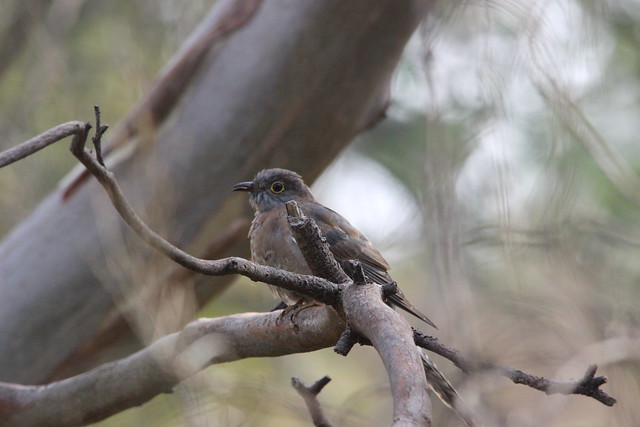 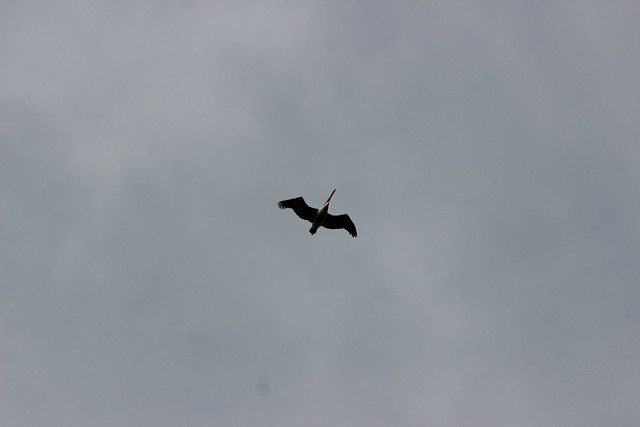 I was surprised to see both this fan tailed cuckoo and the pelican flying over. I don’t think I’ve ever seen cuckoos locally. Weeks later I saw another one in a different part of the Barwon! I’m thinking it may be a seasonal thing, and I’ve just never noticed as I didn’t leave the house that often. In many ways, Seth has been good for me.