I have a friend who goes to a university in Ballarat a couple of times a month. She’s been offering to drop me off her on one of her trips for a while now, but those days always seemed to coincide with family weekends or days I had appointments.

Yesterday was one of the rare times I was free 😀 The weather had been horrid all week so I was so happy when I read there would only be around 1mm of rain.

It was raining for a good hour when I got there. There was shelter – a shed that was less then 1m square. Everything else had burned down. It had a huge spider web across the front and I didn’t have the heart to break it. For that hour, I just wandered around trying to get photos with my iPhone. 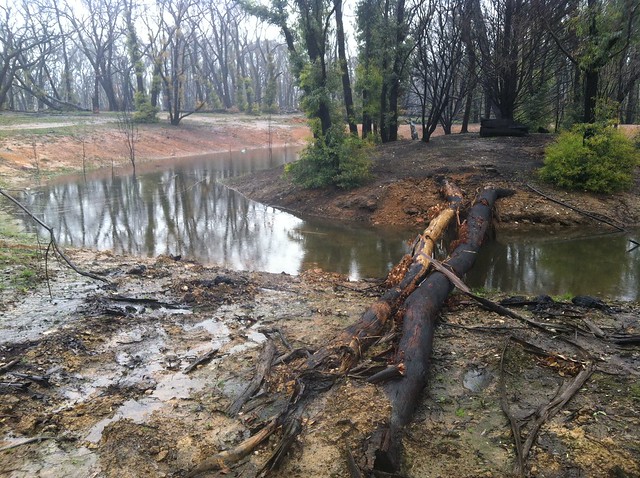 It was so amazing to see the dam full. Not just a little bit full, quite full! There was water the whole way around, covering up plants that had previously grown on the banks.

The frogs were quite loud although I didn’t have any luck seeing any. 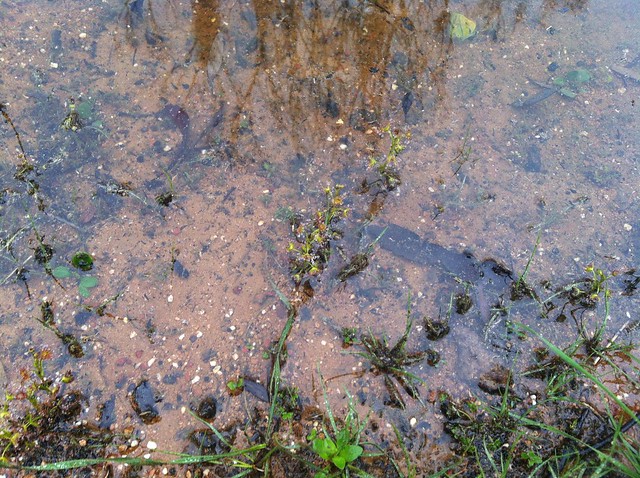 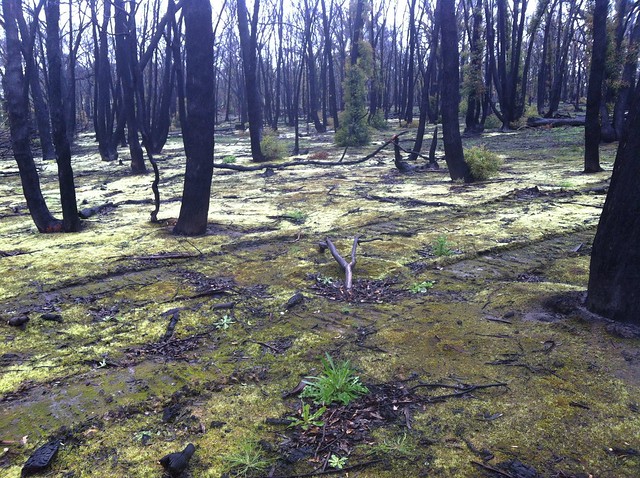 Last visit, I was excited to see moss returning. This time there was a lot more, particular in the corner of the property close to the fence. This was the area I also found orchids. 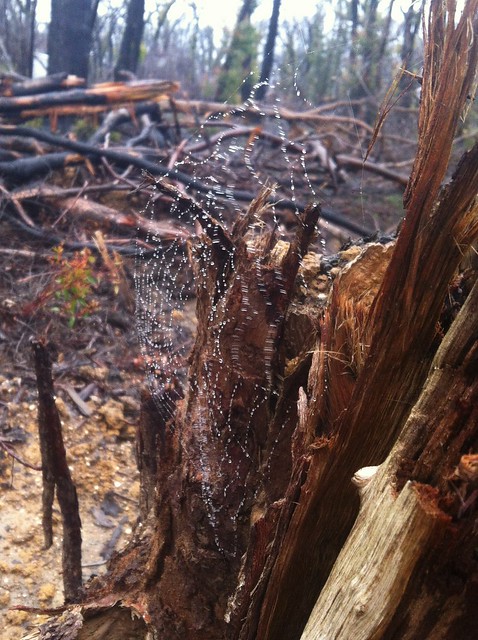 There were many spiderwebs with beautiful droplets falling from them. I could have gotten some creative pics but alas, the weather had other ideas. 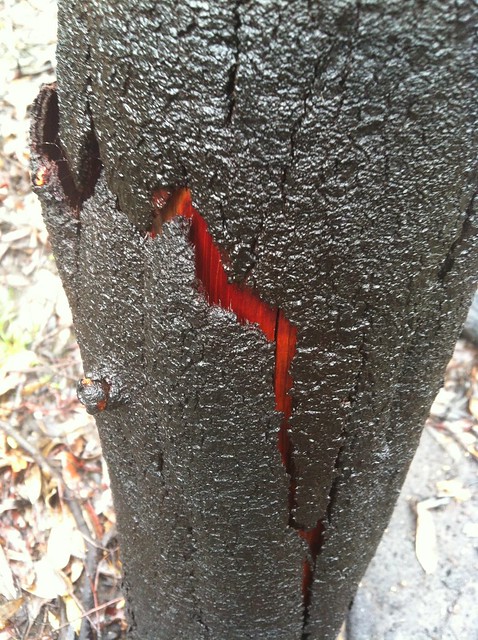 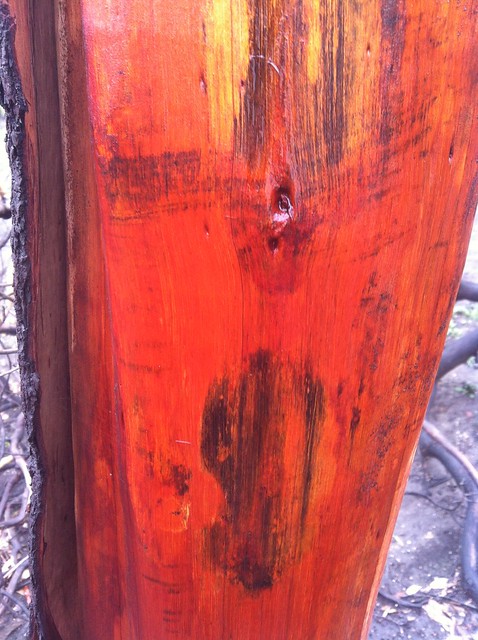 Bark seems to be peeling off some of the trees, which could have led to lots of amazing photo opportunities. Alas, the weather was shit and I was more concerned with protecting the camera then capturing beauty. 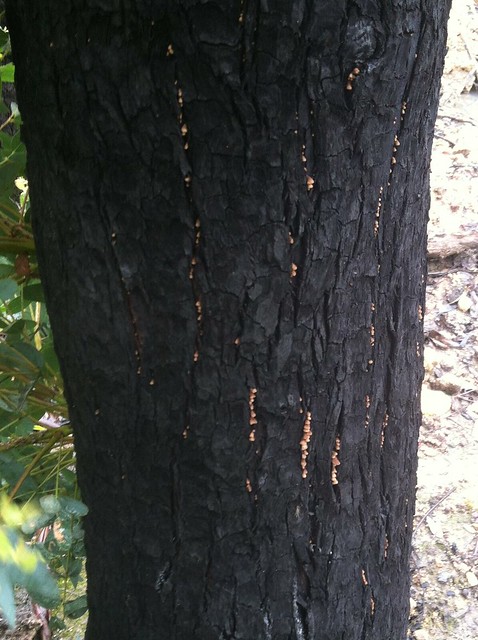 There appeared to be some sort of growth growing out of cracks in this tree. I’m not sure what it is. I assumed fungi but the photo quality isn’t that good. 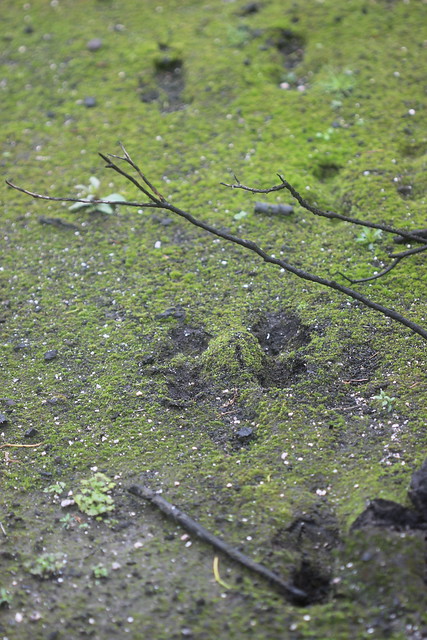 I’m assuming the above are from a macropod of some kind. They are too consistent to be human. 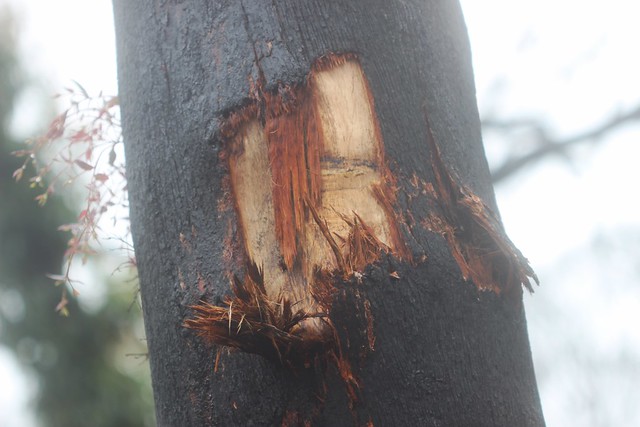 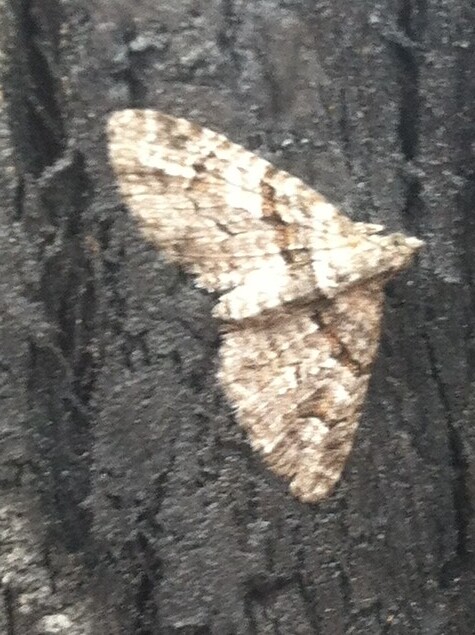 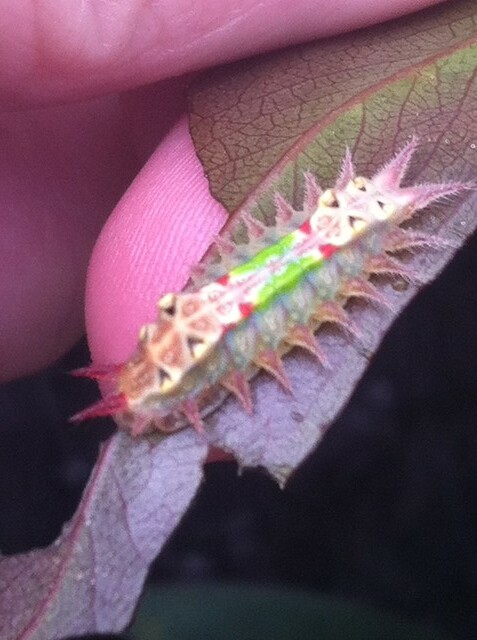 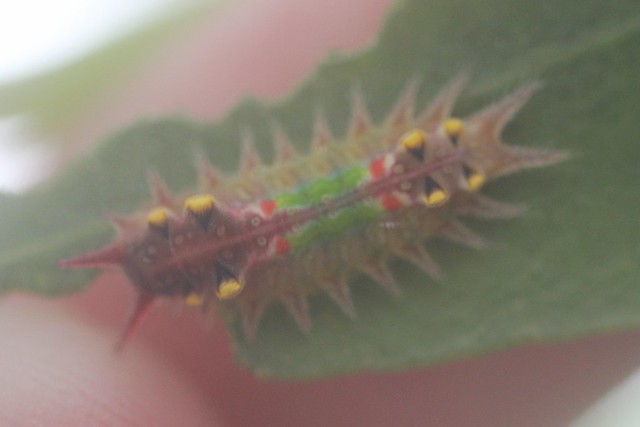 When I first saw this caterpillar, I thought it was the coolest thing ever. I knew I had seen it in one of my books, but couldn’t remember where. I found two different specimens, one older then the other. It’s a cup moth, something that loves eucalyptus trees and is in a number of my books… it’s just a matter of knowing where to look. I’m now leaning towards Doratifera oxleyi (Painted Cup Moth) 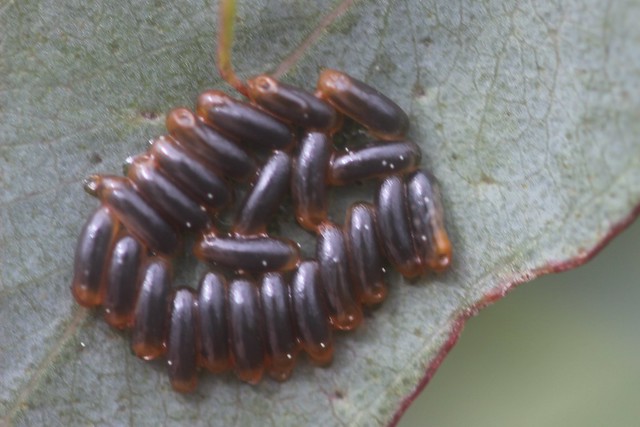 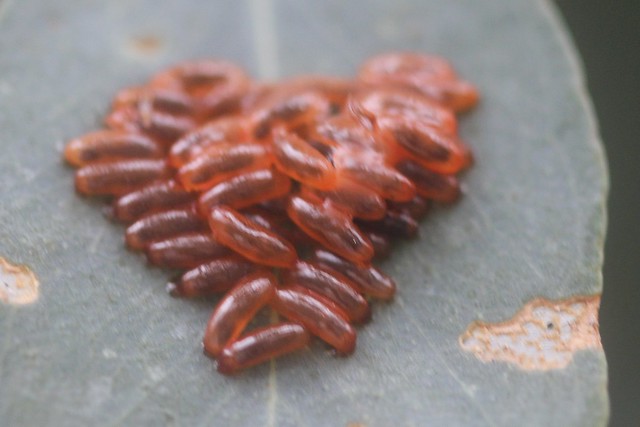 I have no idea what the above are, but will keep an eye out for any future critters. 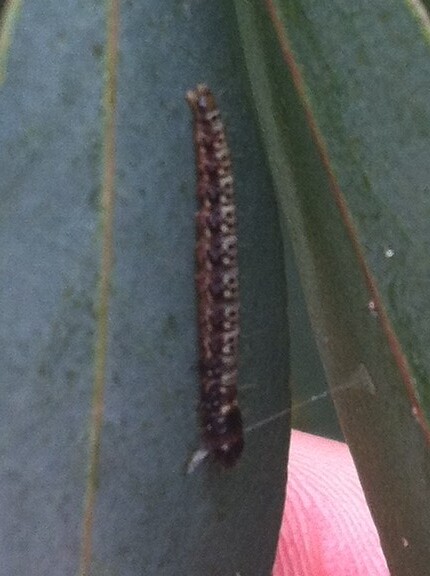 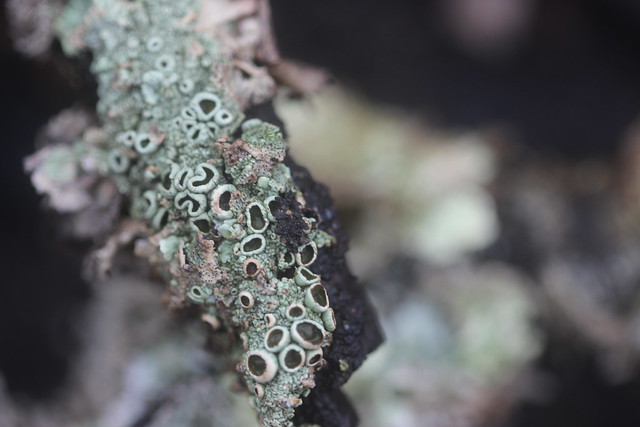 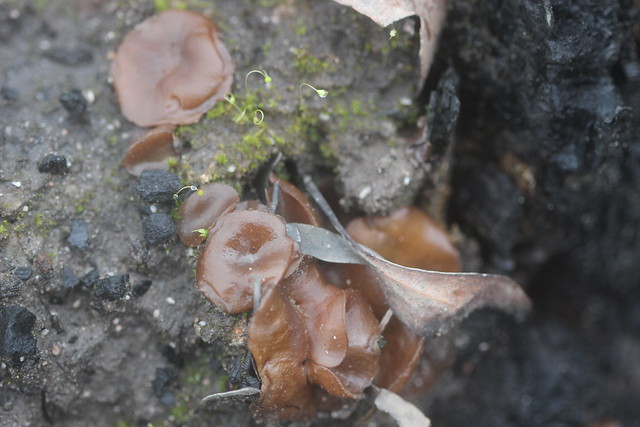 Unknown, but similar to ones I’ve seen before. Peziza species? 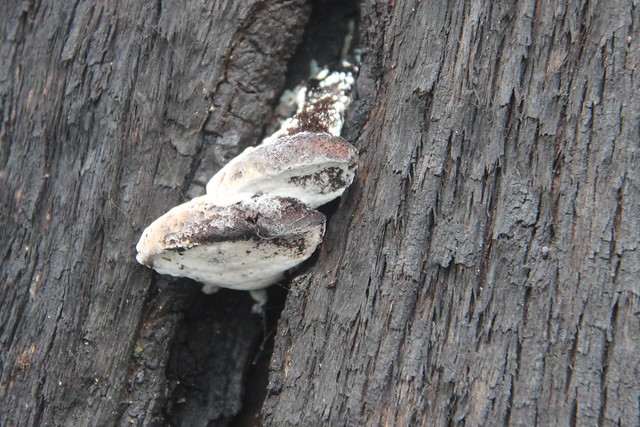 On Bowerbird, R. Hartland made the following comment about the above fungi:

This looks like Postia pelliculosa. The specimen may be infected. This species can be red brown or dark grey it should be fibrillose. It is often stimulated to fruit after fires.

I did see similar looking ones in the colour he described, so will keep a lookout now. 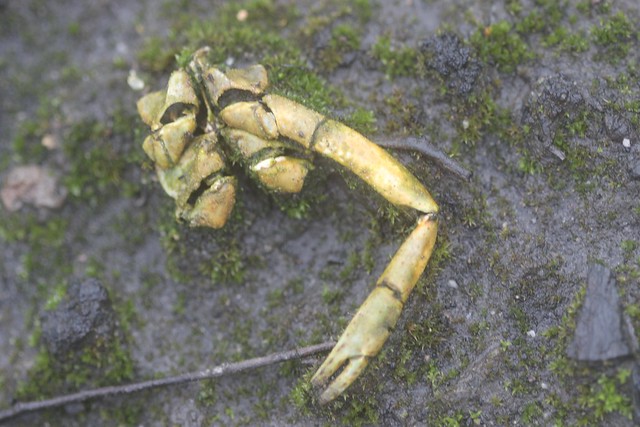 Part of a yabby.

It was a day of learning, even if the weather wasn’t in my favour. The plants have very much returned and there is a wide variety of them. I’ll be getting them identified and covering them in a future post. It sounds silly, but the property is finally getting some personality back… even if part of that includes the bracken.

I’d still love to compare here with other areas impacted by bushfire, but not sure how to do that. Maybe a couple of days at Wye River?