This trip took place on the 21 November.

Last Friday, Glenn and I went to see the lighting of the floating Christmas tree and experiment with long exposure photography. We had arranged to meet at 6, a couple of hours before dark. We were going to meet at Eastern Park and try to get photos of the bats. I’d been showing him some photos of bats by Trent Parke and we wanted to experiment.

I got there a bit earlier and started walking along the pier. I got to the side closest to Limeburners Point and was surprised at how close they were. They were about 5-10 metres away! I only had the Nikon d40x and it wasn’t up to the task. I called Glenn to see where he was. At 6, he phoned back. He was just leaving his house.

But the gannets were so close! And there was no guarantee they’d stay there. He got there about 20 minutes later and was shocked at how many there were. There was 6 circling close to shore. 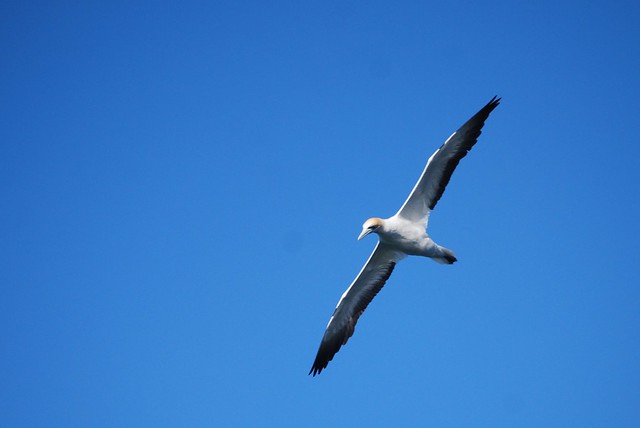 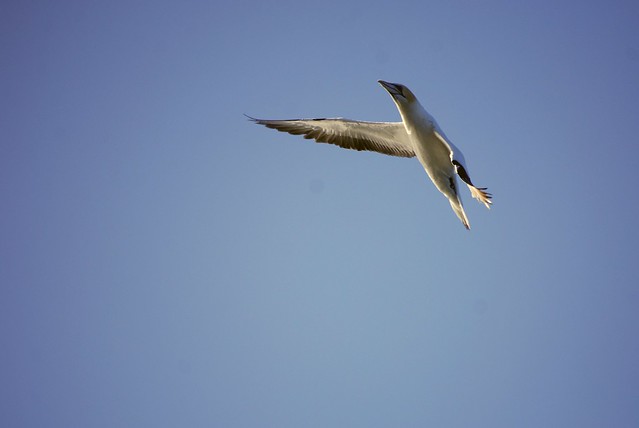 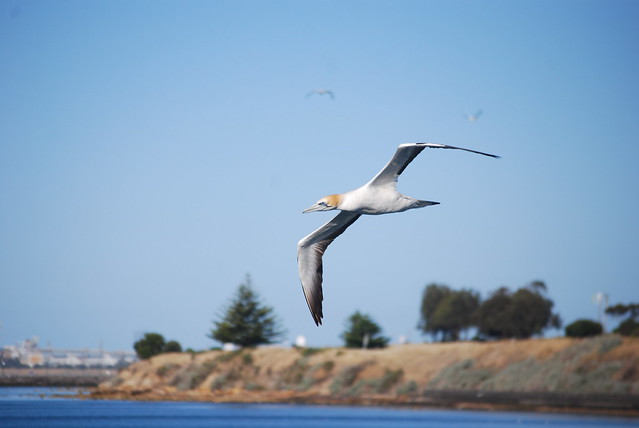 We used his Canon to get the photos but we had a lot of struggle focusing with both the kit lens and the sigma. They would dive into the water but we couldn’t focus in time. We would have set up the shot earlier but they would often pull out of the dive before going into the water. The camera was unable to tell the difference between the bird and the sky. It was really frustrating. 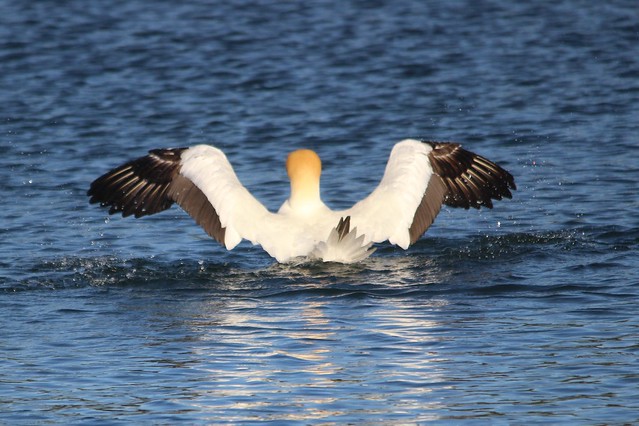 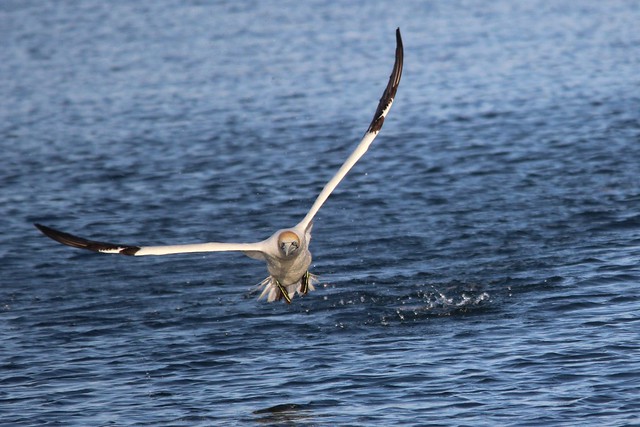 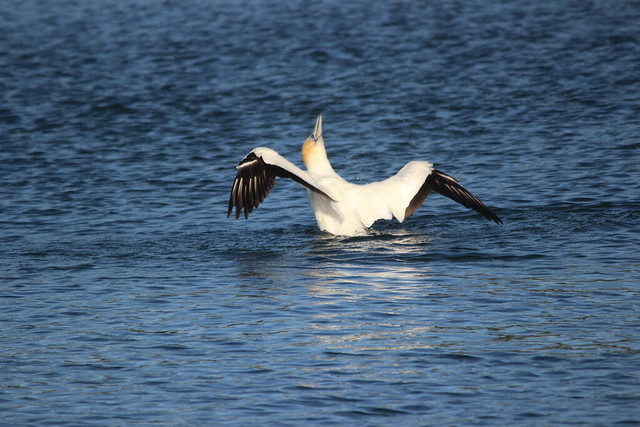 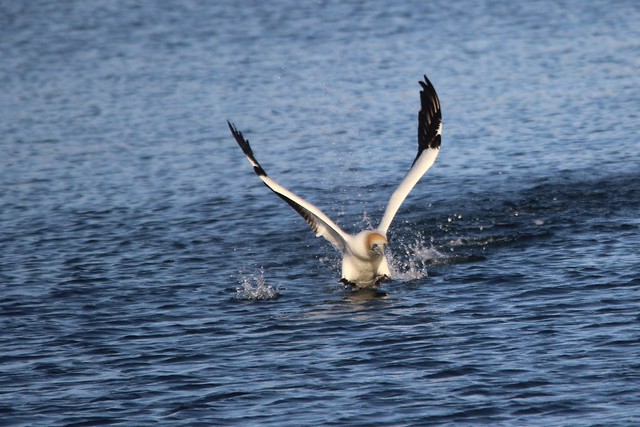 We captured some interesting behaviour of the birds after they had dived. They are quite beautiful. 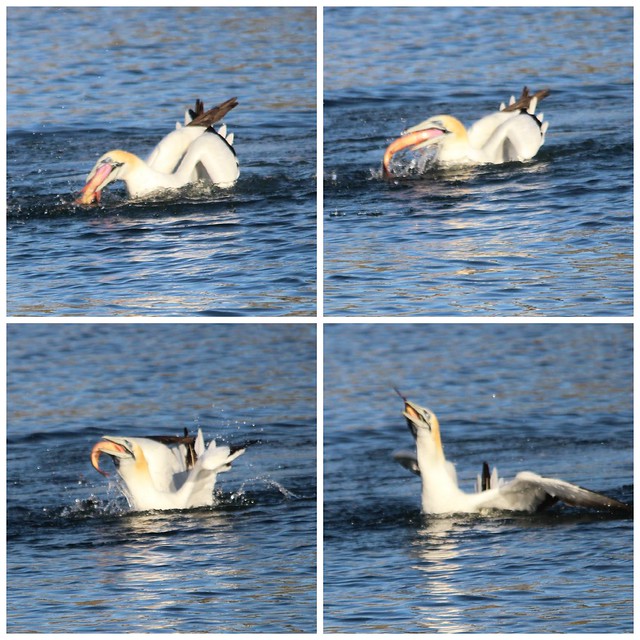 We also caught this photo of a gannet eating a fish. The photos were rather blurry, annoyingly. Was fun to watch though.

We saw people at the front of the pier pointing to something and talking about stingrays. I walked and saw this. There were TWO of them. I’ve never seen them so close to shore. Perhaps the weather brought them out? 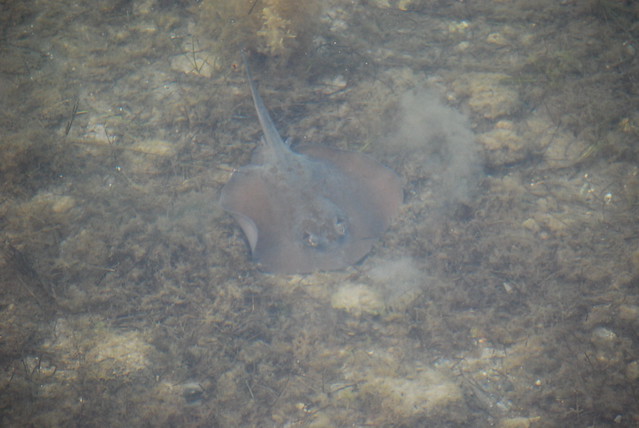 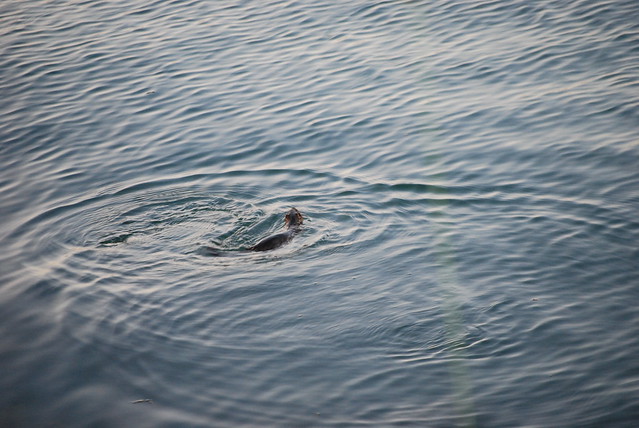 Also saw a water rat. I phoned Sethy to tell him about all the animals I saw and this was the one he was the most excited about. He’s seen stingrays at the aquarium. 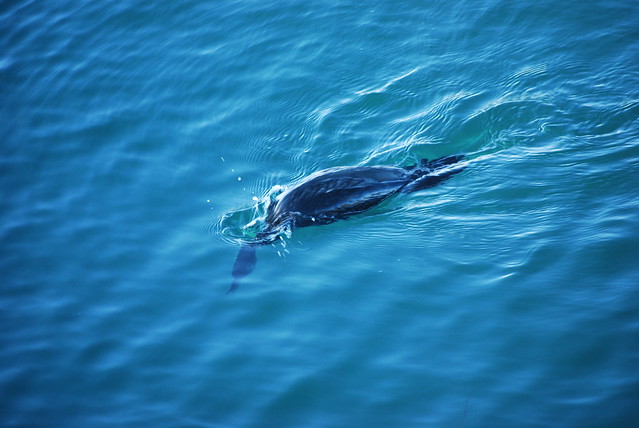 Saw this cormorant or darter – I can’t recall what it was. I was getting photos of the ripples it made. 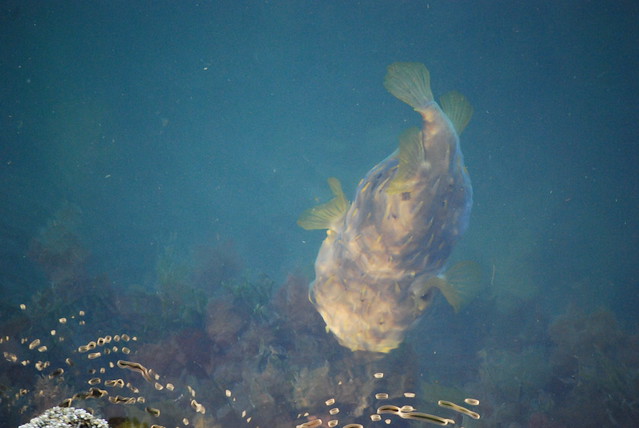 Also got a photo of what I’m now thinking is a puffer fish. It was in rather shallow water, considering. I thought they were sting rays initially.

We went back on Monday to experiment with long exposures again. The ferris wheel was closed due to bad weather and there were no gannets in sight. I thought poor weather bought in some of the seabirds?

Hoping I get to see more gannets in my birding adventures!