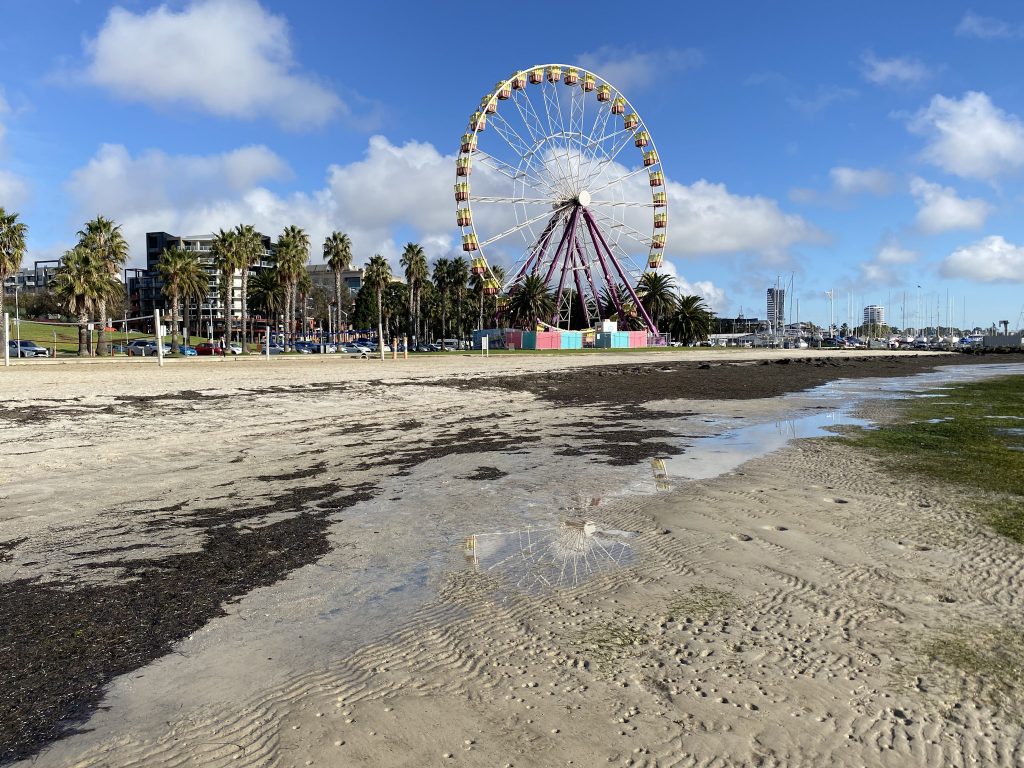 This is the section between the boardwalk and Limeburners Point. The area is has brilliant diversity with marine life, but isn’t that accessible.

Tide Out at Eastern Beach This was one of our first trips. We looked at what was visible on the seaweed or had been washed up.