We were walking back from out Eastern Beach adventure when I saw two corellas in a tree. “Look at that. I think they are about to root.”

(I’m a bit vulgar when it is just Glenn and I.)

Realistically, they were showing courtship behaviour. It’s hard to describe how I knew. At the start, they weren’t like in the pictures below. It was mostly walking up and down the branch and bobbing. Similar to the behavior I saw at Balyang. But I know cockatoos.

I sat down and Glenn started taking photos. It was hard to find much information about courtship behaviour specific to corellas so I can’t provide much commentary. It was particular interesting how one bird (presumably male) put the wing over the other, as well as one bird nibbling on the others wing. Normally I just see grooming behaviour.

The actual mating went pretty quickly – there were a number of attempts at less then 5 seconds of so per attempt. Wikipedia says that sometimes the cloacal kiss only needs to take a couple of seconds. Which was interesting, as I remember the swamphen mating taking a bit longer.

I know this is weird, but I thought it was fascinating to see. It wasn’t sexual. It was seeing the kinder, less cheekier side of corellas. I’m becoming quite fond of them.

I would love it if any of you had further resources about cockatoo mating and breeding. I’m obsessed with parrots. 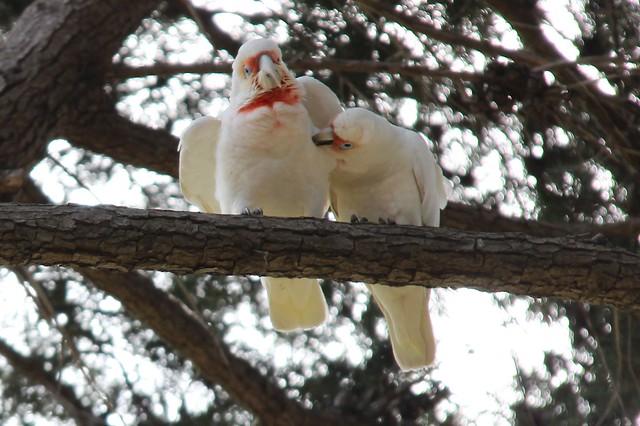 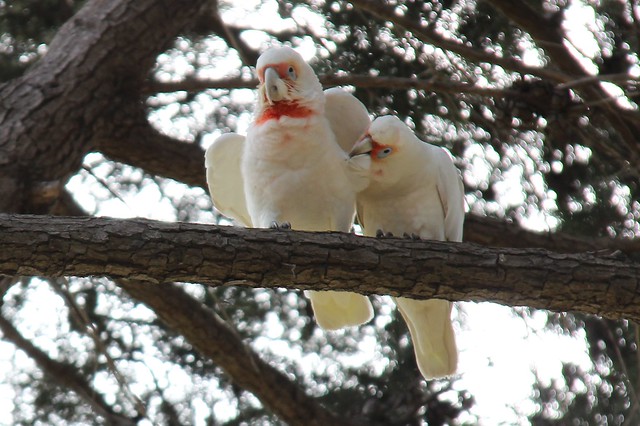 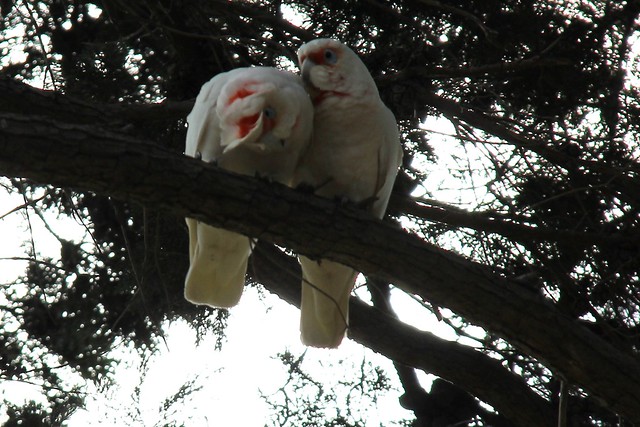 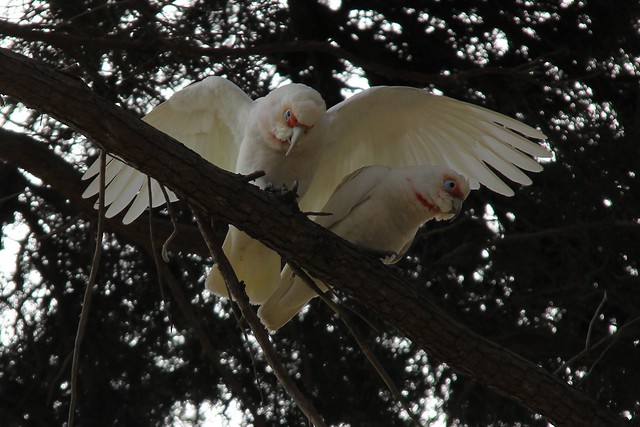 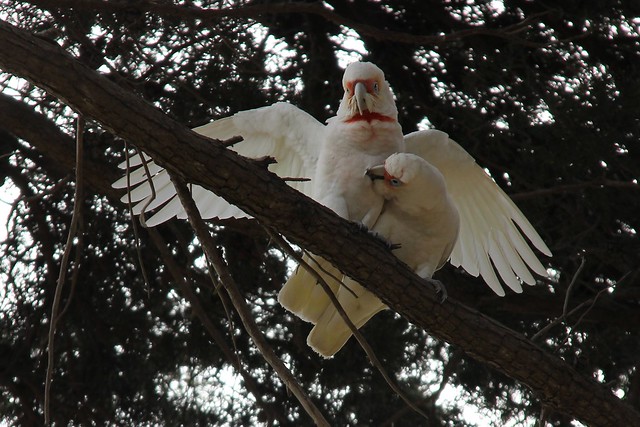 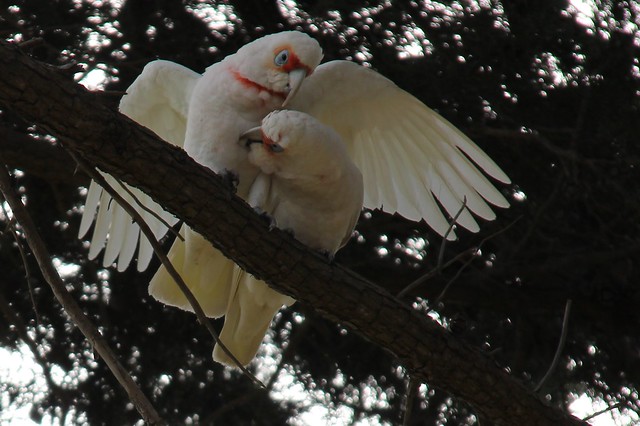 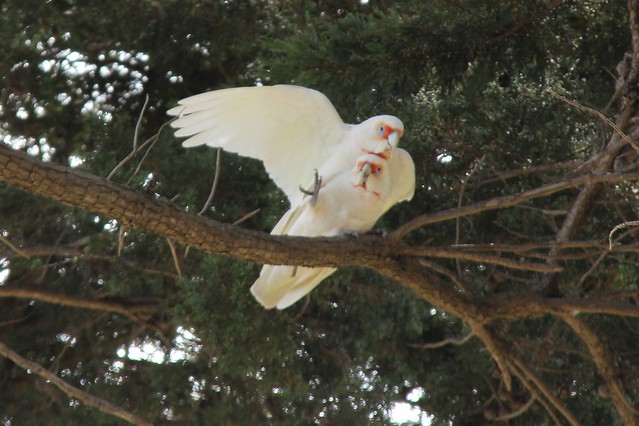 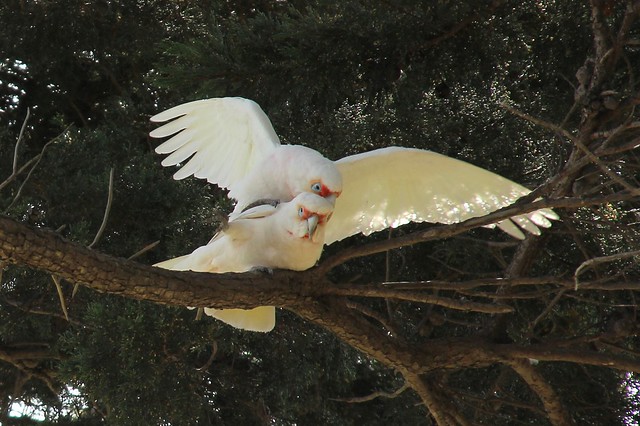 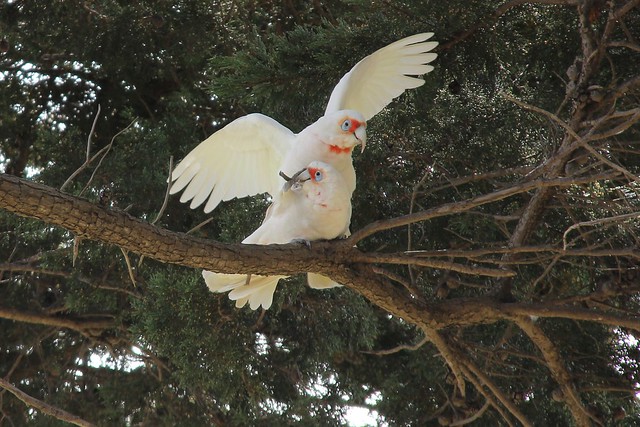 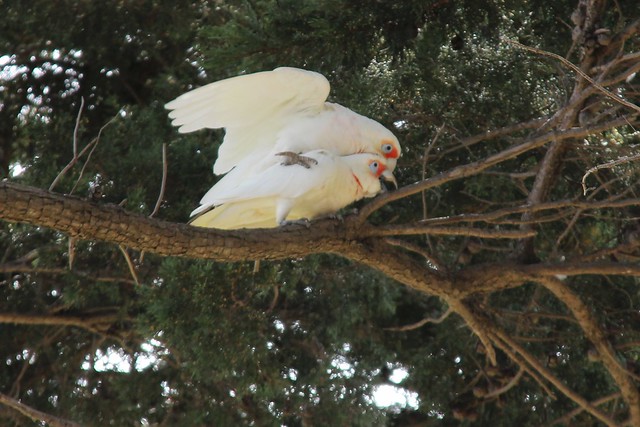 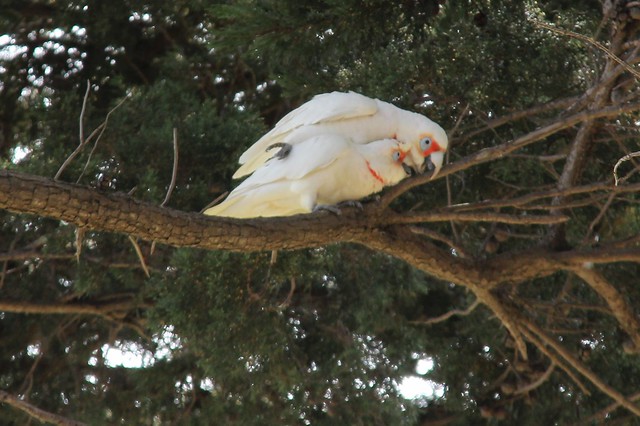 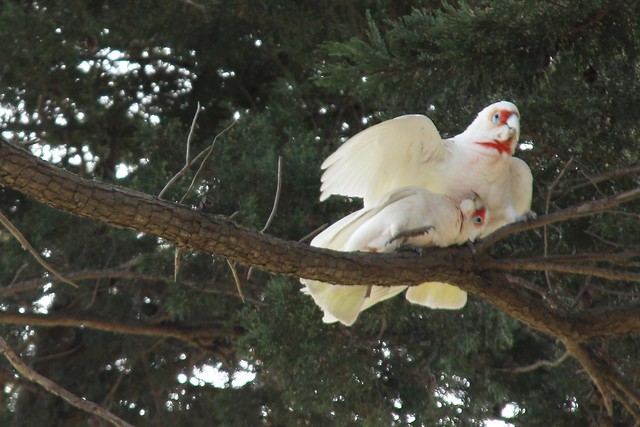 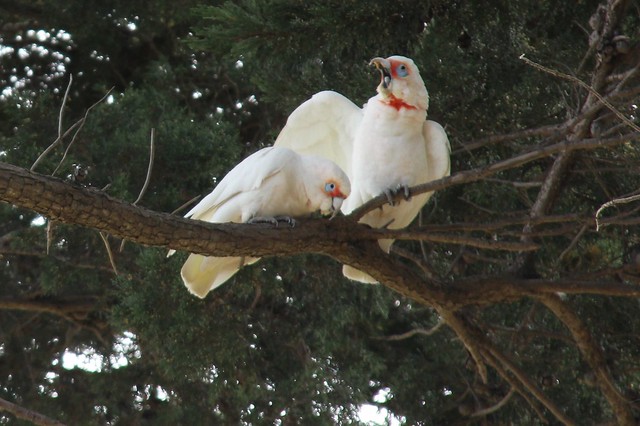 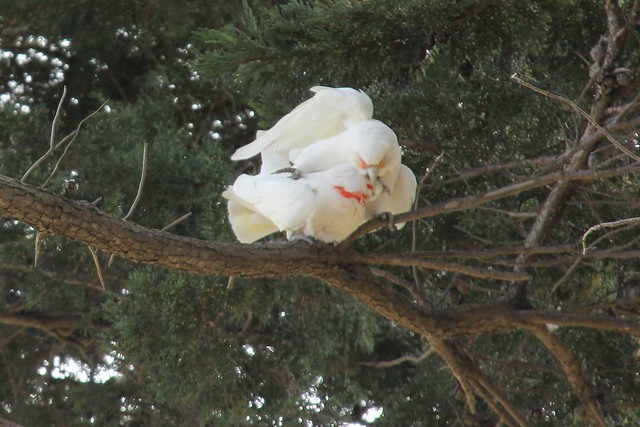 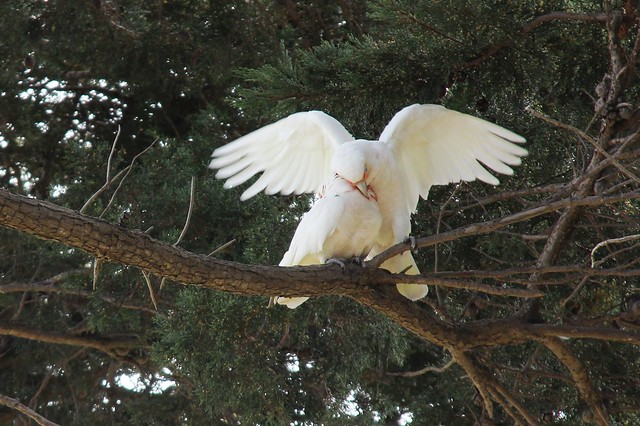 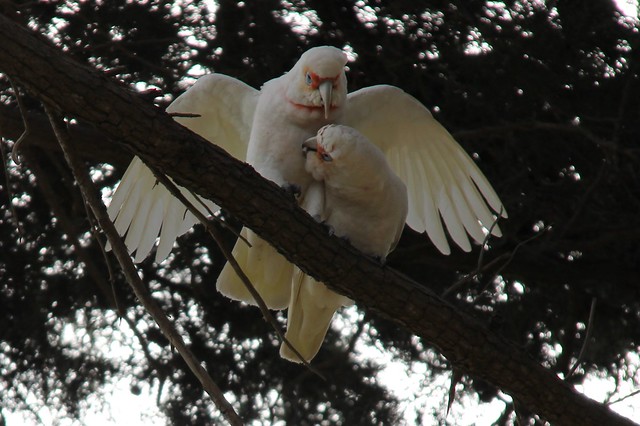