There is a tree at Balyang that is very popular during the Spring. It is the ones that the cormorants have chosen for their nests – and it looks like many other birds have followed suit.

This tree is in the centre of the larger lake. Many birds enjoy hanging out here because they are safe from the plethora of young children who visit. 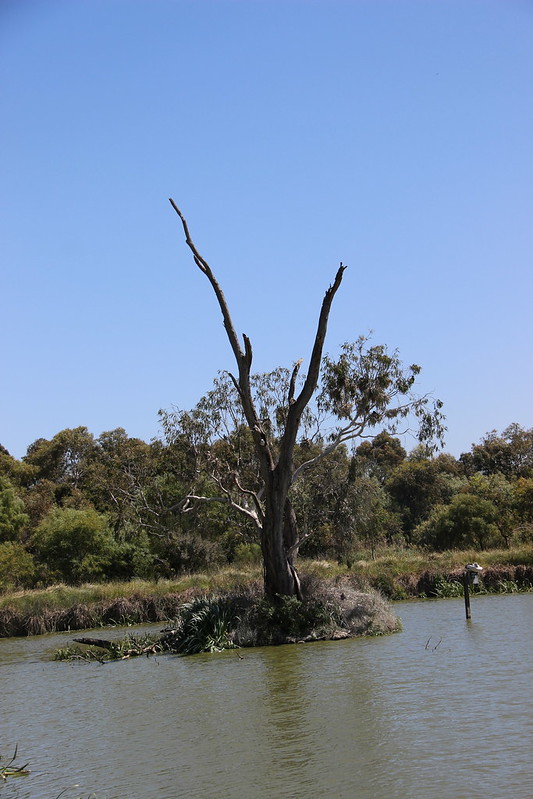 I’ve written before about the sulpher crested cockatoo nesting in this tree – and the cormorants that sometimes don’t enjoy their presence! You can read more about that here.

Last Wednesday, a cockatoo (it may not have been part of the pair) flew a little bit too close to this great cormorant. It certainly told him or her off! 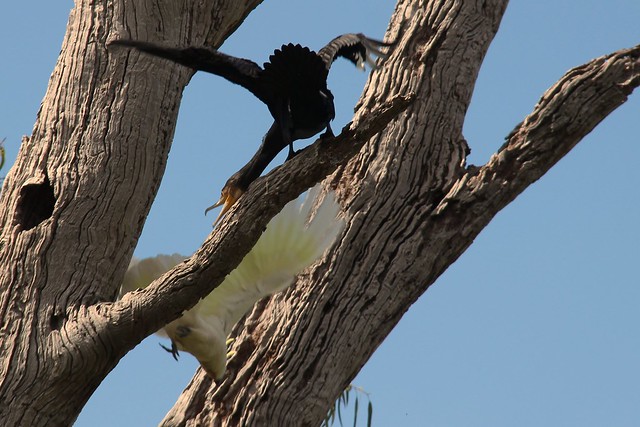 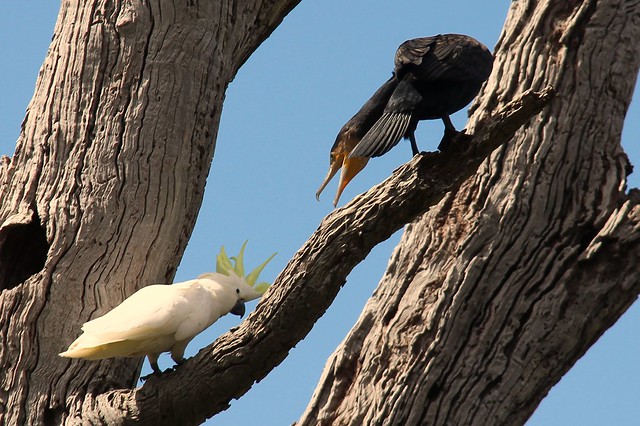 This tree is a fair way away, so I’ve been photographing this little mudlark nest from a distance. I had assumed that they were incubating the eggs, despite both parents flying and swapping duties frequently. I zoomed in on the photos later and could see the tail from a younger bird. In the next photo, I could see a babies head! How awesome is that? The parents are doing a fantastic job. Of course, I’d love to get better photos but it’s not feasible here. I’m just happy to see babies 🙂 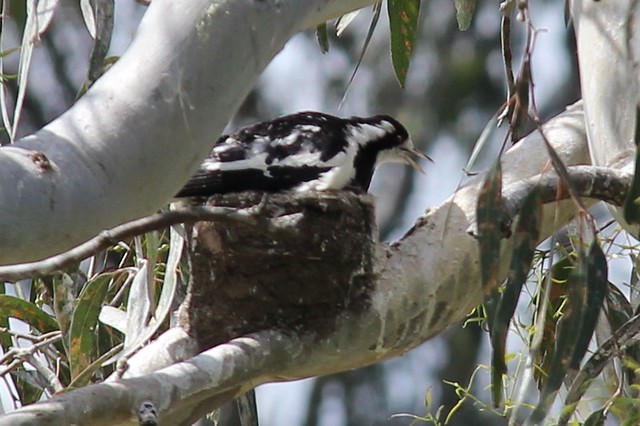 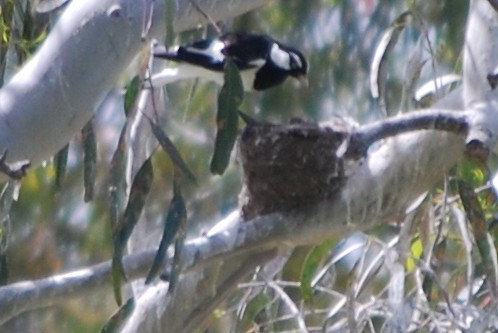 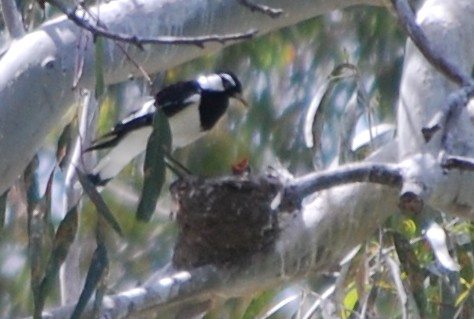 Earlier in the week, I was walking to Balyang from Queens Park after looking for the tawny frogmouth nest.

I was keeping an eye out for any nests. A friend had seen a black faced cuckoo shrike nest and, me being me, I thought it could be fun to photograph. I had no luck finding it – granted, I wasn’t looking particularly hard – but I did see these mudlarks. I initially thought they were adults until I saw them from the front.

😉 I was hoping I’d get some mating shots but it looks like I’m a little too late in the season for that! 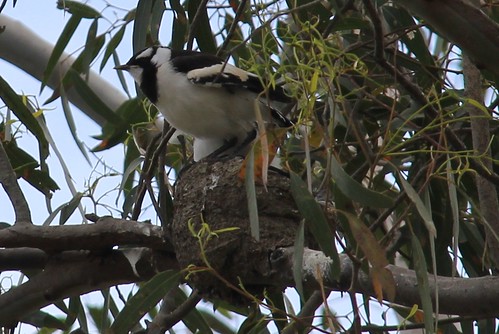 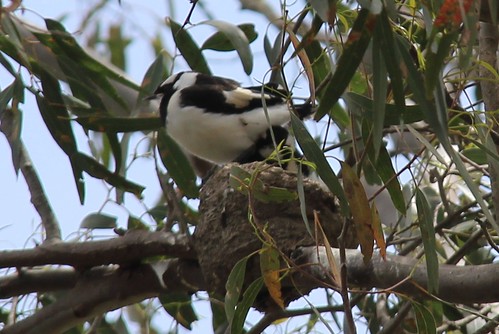 Interestingly, I also saw a couple of cormorants displaying courtship behaviour. It was odd, as I hadn’t seen any for two weeks. No idea what brought it on – maybe the heat? I didn’t have a brief “Glenn, I’m borrowing your camera moment” so I could take a video. 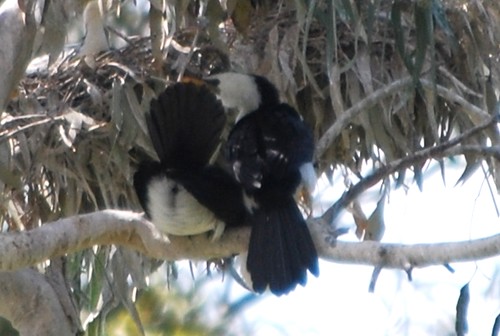 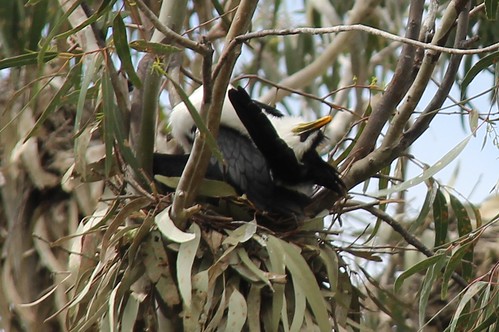 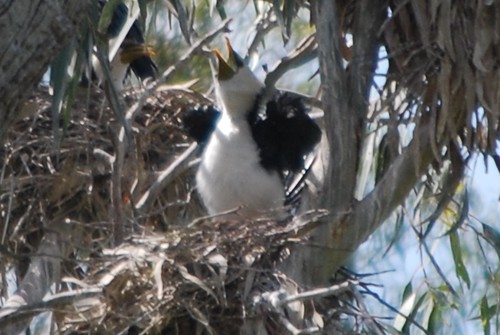 Below is the video I took the first time I saw courtship behaviour. I couldn’t find any videos or information online to show Glenn and Seth, so I decided to make my own.

This teal has been taking advantage of the nest box, which is amazing to see. I haven’t really seen any baby ducks, or swamphens, this season. I’m not sure why. I have seen wood ducks that are several weeks old, which has been beautiful.

I can’t make sense of who breeds when, and why. 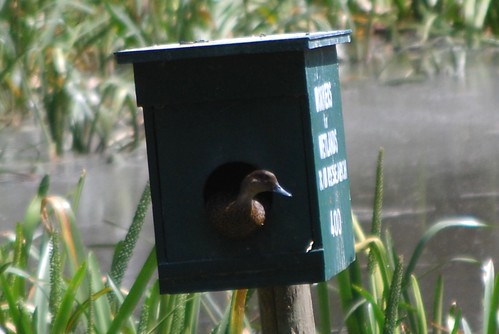 These two long billed corellas have been busy protecting their nest for a while. I usually only see just one in their but try to give them a lot of space. It doesn’t help that other photographers pretty much set up their tripods next to the tree – although they are fairly high up and should be safe 🙂 I mostly avoid this tree because there is a sulpher crested cockatoo nesting at about 2 meters high and it is very flighty. I’m not sure I like their chances! 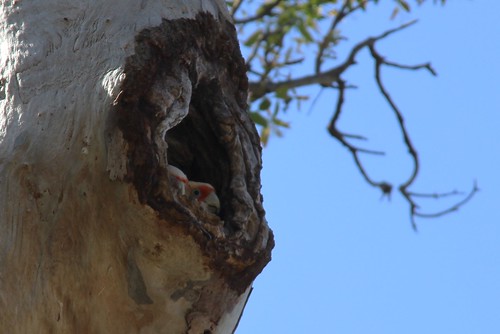 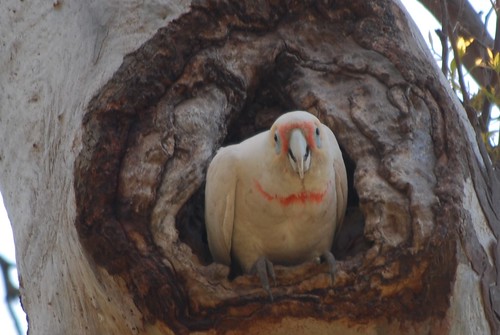