Sethy and I were at the shops. We were doing ‘research’ into aqua shoes (for use in rockpools) for our upcoming trip to Apollo Bay.

“Stop! There’s a grasshopper,” he said. The only problem was that it was stuck between two parts of a slider door.

We/he managed to get it. I only had my phone at the time, so tried to get as many clear photos of identifiable features as I could. We sat away from the door but still got a few odd looks.

I put it on Bowerbird. By the time I was back from holidays, it had been identified as “Conocephalus upoluensis.” The identifier said: “Adult female, note long ovipositor. Interesting specimens often turn up in urban environments.”

Part of me wants to get excited and hope this could be a new species. Still, a fascinating find considering we weren’t even looking. 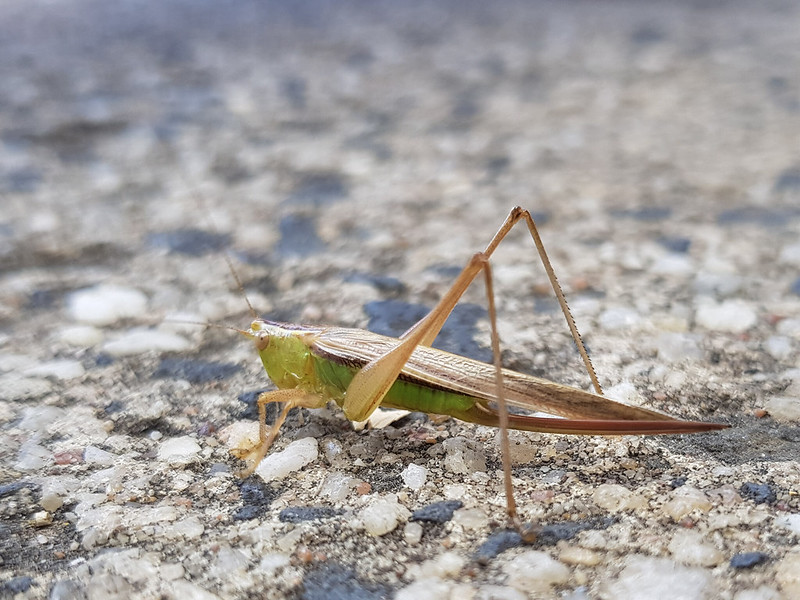 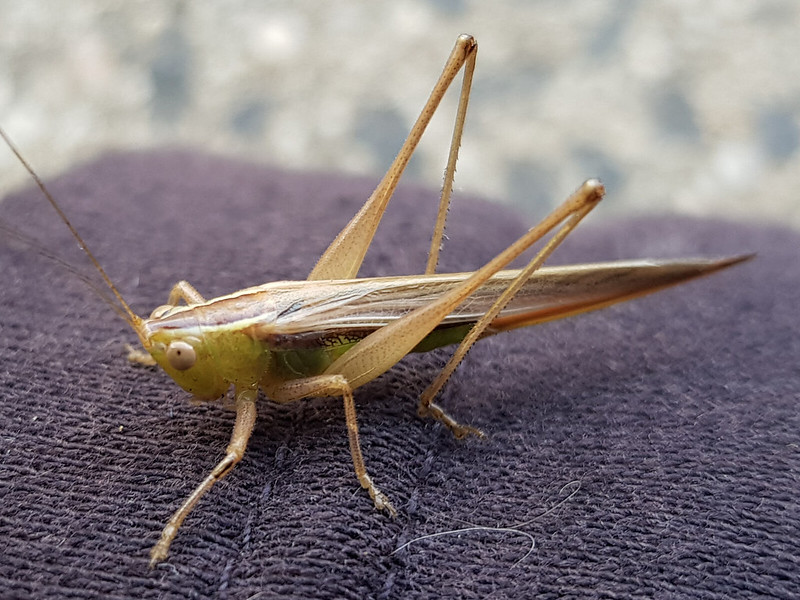 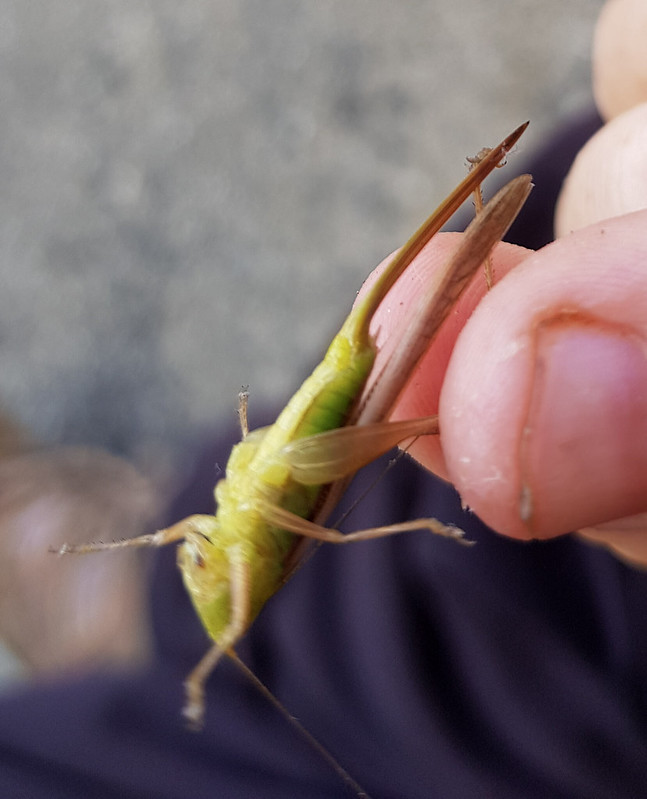 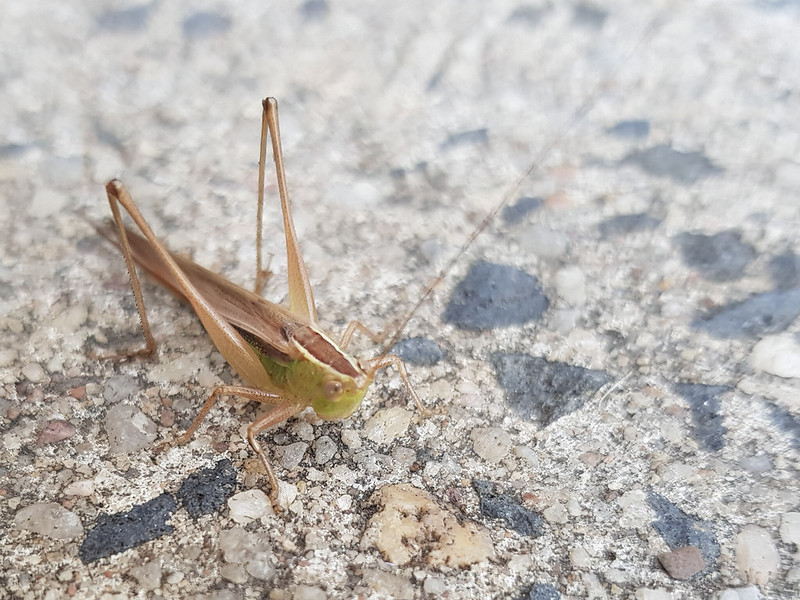 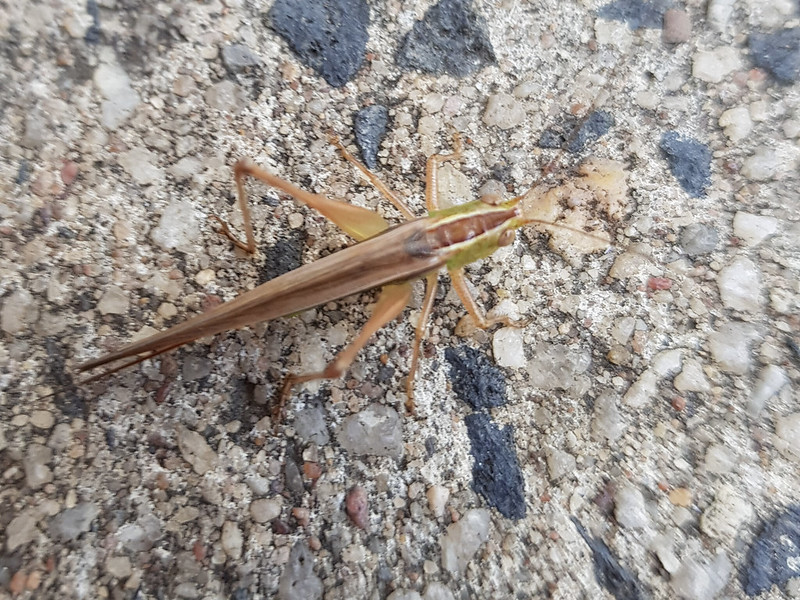 The Conocephalus genus is apparently still very much a work in progress with many species undescribed. The last time the Subfamily Conocephalinae was comprehensively reviewed, was in 1891 by Redtenbacker when collections were much smaller and many species unknown. Dr David Rentz has done a considerable amount of research into this group and even after describing a number of new species, admits there are many pieces of the taxonomical jigsaw yet to be fitted together.

There is currently around 30 Australian Conocephalus species that are also known as Longhorned Grasshoppers, although they are only distantly related to grasshoppers, so not a good common name and Meadow Katydids is far more applicable. However these katydids apparently consume grasses, sedges and broadleaf sedge like plants.

Grasshopper Country describes this as the most common conocephalus species. It “is nocturnal, has a very distinctive call. It is most likely to be seen around lights.”

According to A Guide to the Katydids of Australia,

The Meadow Katydids occurs in grassy habitats everywhere from the coast to the high mountains. The dominant genus is Conocephalus which is cosmopolitan in its distribution.

A lot of work needs to be done in this field, as many species remain undescribed.

In regards to this specific species, the book says:

This is Australia’s most widespread Conocephalus species. It’s distinctive in the shape of the male cercus and the tenth tergite not having minute projections. There are some spots on the tegmen. This species is known only from long-winged forms. It can be present in large almost plague numbers at times.

What did I learn from all that?