I was at my mums house. I had planned to spend the entire time I was there at Balyang. It seems silly, but right now that place is a crash course in birdwatching. Staying at the one place has helped me learn so much about bird behaviour for specific species. This turned out to come in very handy!

Anyway, Sethy was having a bit of a stressful day. I told him we’d go to Buckley Falls to look for skinks. We ended up having so much fun that we spent 3 hours there and never made it to Fyansford Common! This turned out to be awesome, is in the final half hour I saw this happen.

There had been a nankeen night heron sitting on the rocks. It was the weekend and a lot of people were walking across them, so it was pretty skittish. It flew into a tree and stayed there for two hours.

We had walked back to the viewing platform and I was taking photos of it. It moved suddenly and when the camera focused again, I saw it had something in its mouth. It looked like an eel!

I had taken photos of a cormorant eating an eel previously. Those photos turned out crap and regardless, the eel was a different size. I’m not even sure this *is* an eel – I’m making the assumption because night herons like aquatic species.

Who cares! It was so awesome to see. The eel thrashed about, which led to some cool photos. Those three white feathers (need to find the proper name) flew about as it moved it’s head back and forth.Was really impressed with the photo quality.

I know I’m going overboard with photos but it was just too cool not to share. 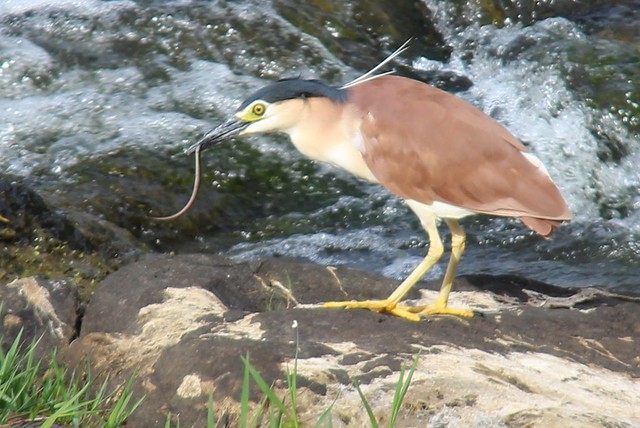 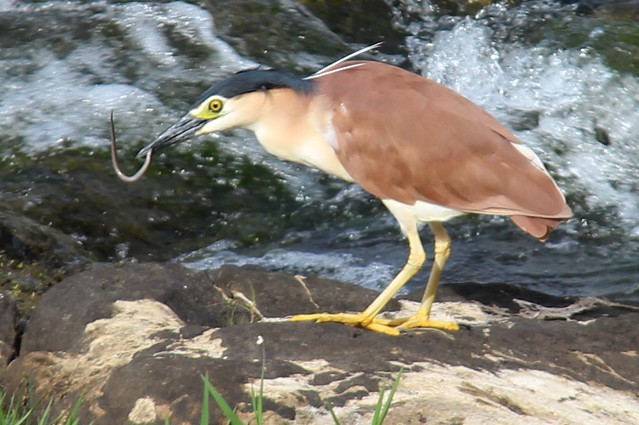 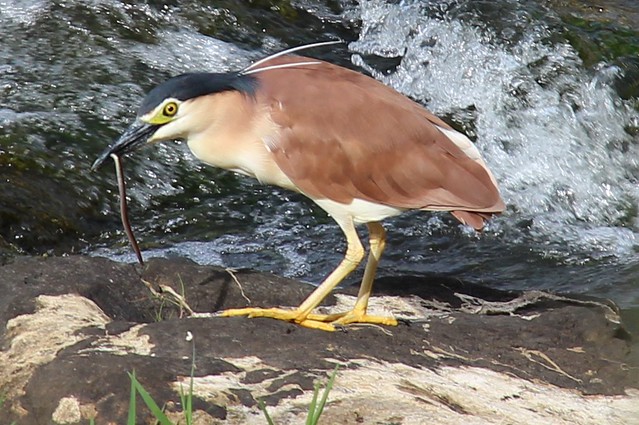 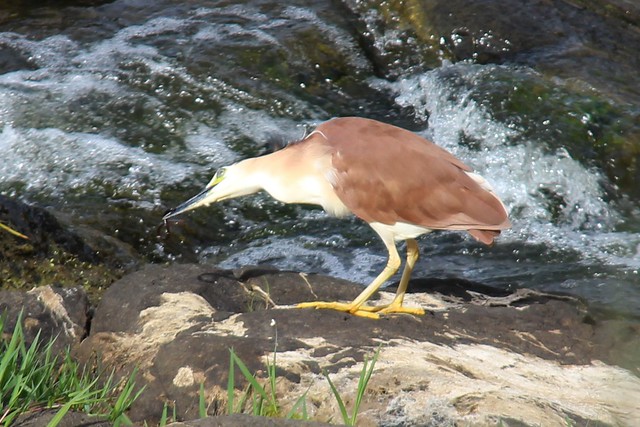 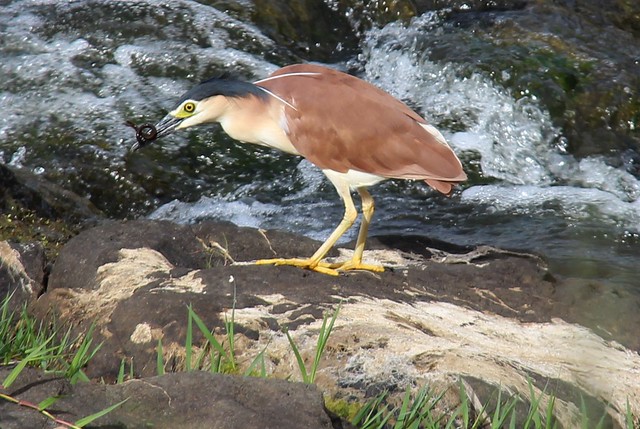 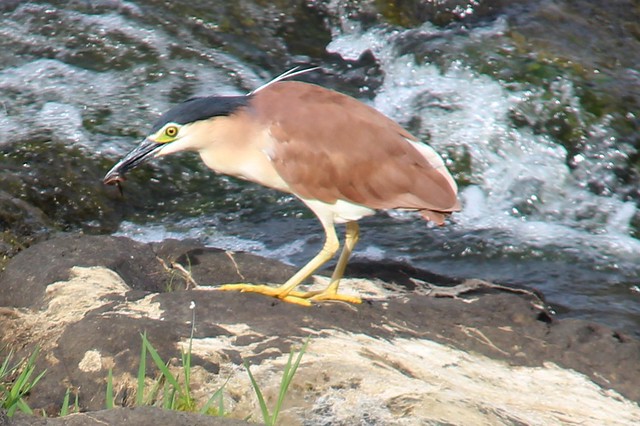 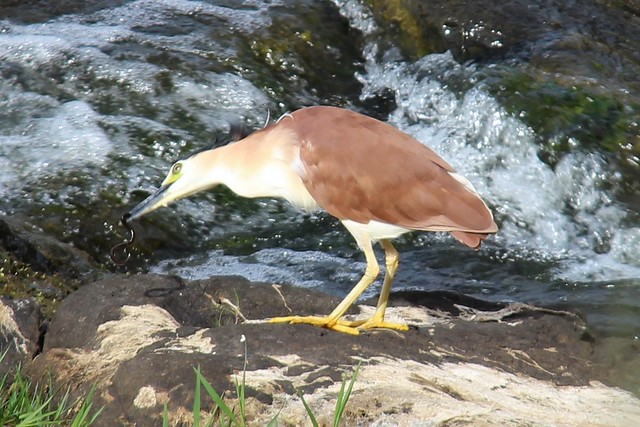 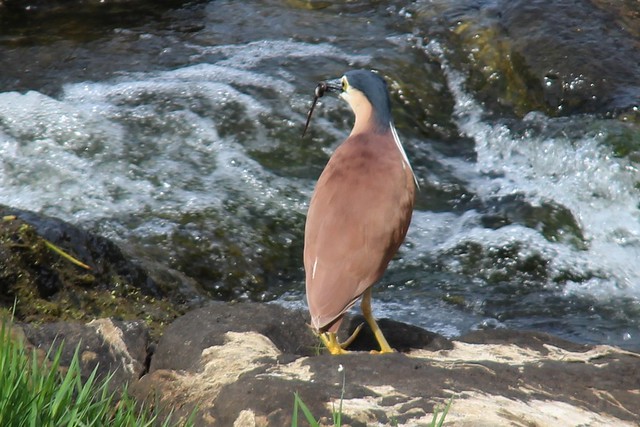 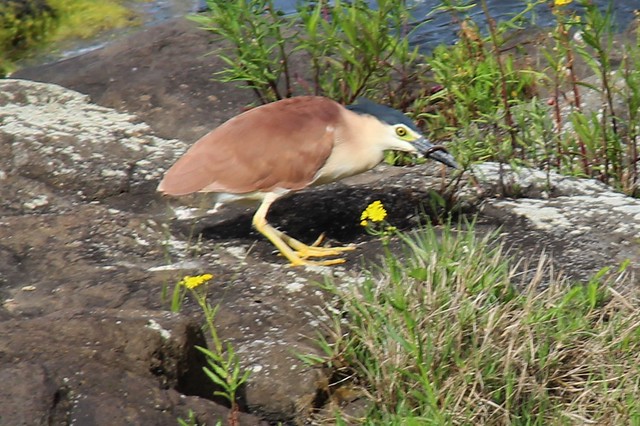 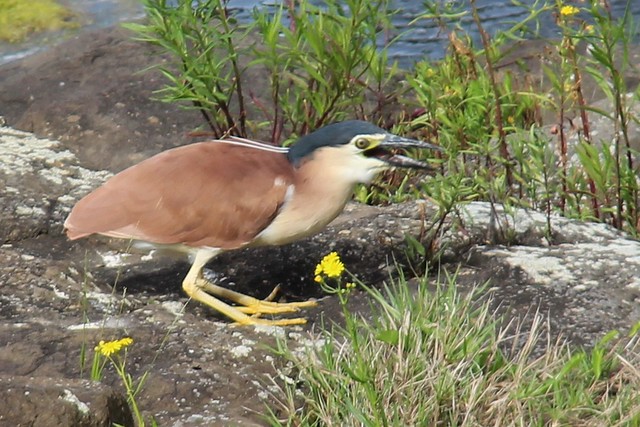 I was able to get other photos of the heron while there. There ended up being three of them, although they didn’t stay for long.

I loved the photos that showed off their wings – and their long toenails! Will definitely being doing more research on them now, they are so much more fascinating then the other herons we get here. 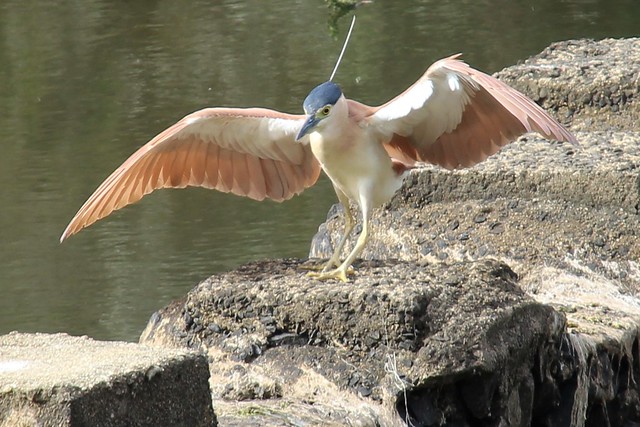 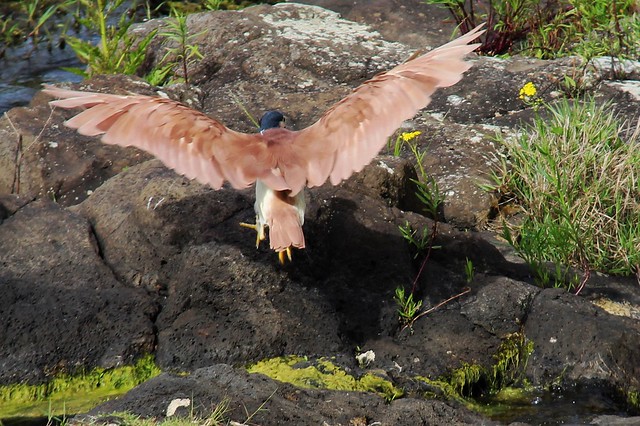 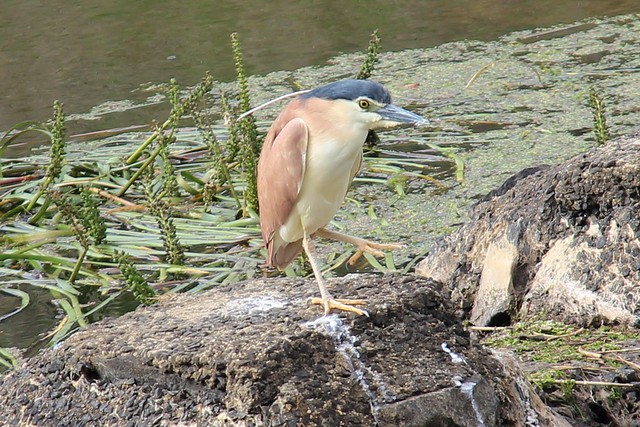